Posted on 20th February 2021
Akhenaten, often referred to as the ‘first individua’l in human history ascended to throne as Amenhotep IV during the 18th Dynasty. He had not been destined to rule but his elder brother Thutmose had died, and though his reign was to be relatively short, just seventeen years, he was to revolutionise Egyptian society.
His father Amenhotep III had presided over a thriving and prosperous Egypt for unlike his predecessors he had spurned war and conquest war in favour of establishing trade links with his neighbours and as the Egyptian economy expanded so its influence began to spread far and wide across the Mediterranean world. Indeed, his reign was to culminate in a series of spectacular pageants as Egyptian’s flocked to display their new-found wealth and when he died it was assumed that his son Amentohep IV would continue his good work but they were soon to discover that he had other priorities.
Egypt was a country of myriad Gods, the most prominent of which was Amun-Re, and it had it seemed a God for almost everything; a God of the Earth, a God of the Sky, a God of the Underworld, a God of the Harvest, a God of the Tides; there were national Gods, regional Gods, local Gods and even. Hardly surprising then it should have a powerful priesthood which wielded great influence in almost every aspect of daily life.
Amentohep IV was indifferent to these Gods and determined to introduce the worship of just one God, the Sun God Aten, and less than a year into his reign he changed his name to Akhenaten in its honour.
We do not know for certain why he embraced monotheism. It could have been a political tactic designed to enhance his own Divine Status while undermining the power and influence of he priesthood or he may just as likely been a true believer. Either way, matters of religion were to dominate his reign. 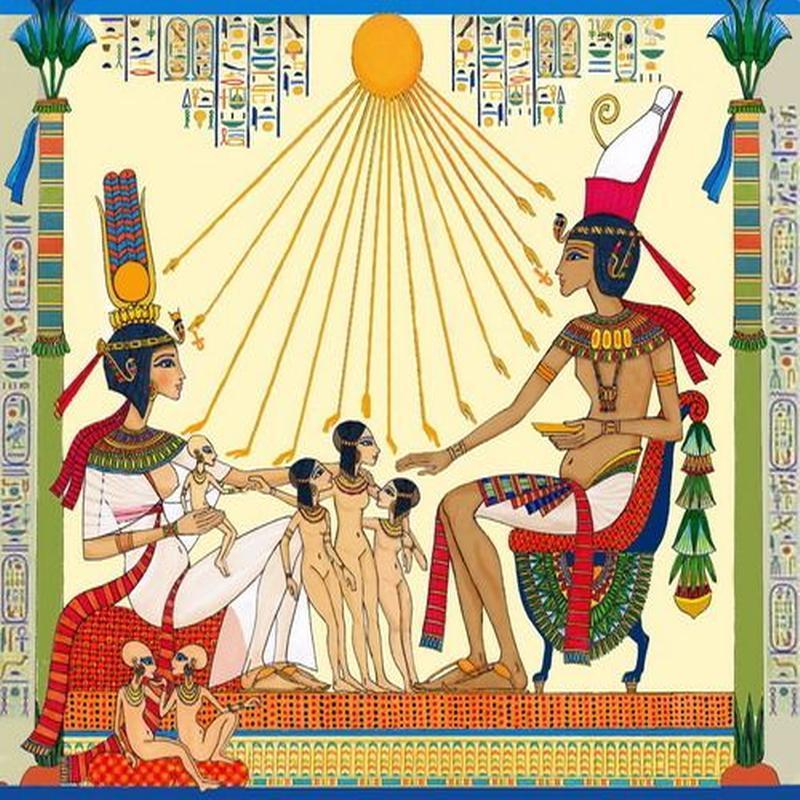 Akhenaten soon began building temples in honour of the Sun God Aten and demanded his people worship in them regardless of any allegiance they felt other Gods, but Egyptian’s had never worshiped just the one God and in a society where death was every bit as important as life a smooth passage to the afterlife and the preservation of the soul was an obsession and one in which the worship of the correct Gods was a very serious matter indeed.
The solar Gods had always played a particularly important role in Egyptian life, the sun determined the seasons, it determined the harvest and it determined the well-being of the people but to worship one God above all others was heresy, it would cause offence, and it would bring ruin upon the people and as such Akhenaten’s changes were to meet a great deal of resistance. Indeed, the reluctance of the people to comply was to see him send officials around the country to chisel out the names and images of any other Gods that were found inscribed on temples.
He also continued to build temples of his own dedicated to the divinised sun-disk at Karnak and wrote hymns of praise to the One True God that were, widely distributed such as: “Aten Glorious Aten, on the horizon of Heaven, O Living Aten, creator of life.”
His religious changes also impacted upon Egyptian culture and a new naturalistic if highly stylised art form emerged dedicated to the universal power of the Sun God Aten with the Pharaoh and his family often depicted looking up into the sky beneath the rays of the sun and the art of the Amarna Period stresses that everything exists only because of the bountiful and merciful Sun God Aten.
Akhenaten’s wife Nefertiti also became the personification of the ideal Egyptian woman and was often portrayed alongside her husband basking in the rays of the sun, looking to it for guidance and praying for its beneficence. . Her name which translates as “the beautiful one has come”, was for Akhenaten true and he wrote, “My heart is pleased with the Queen.”. 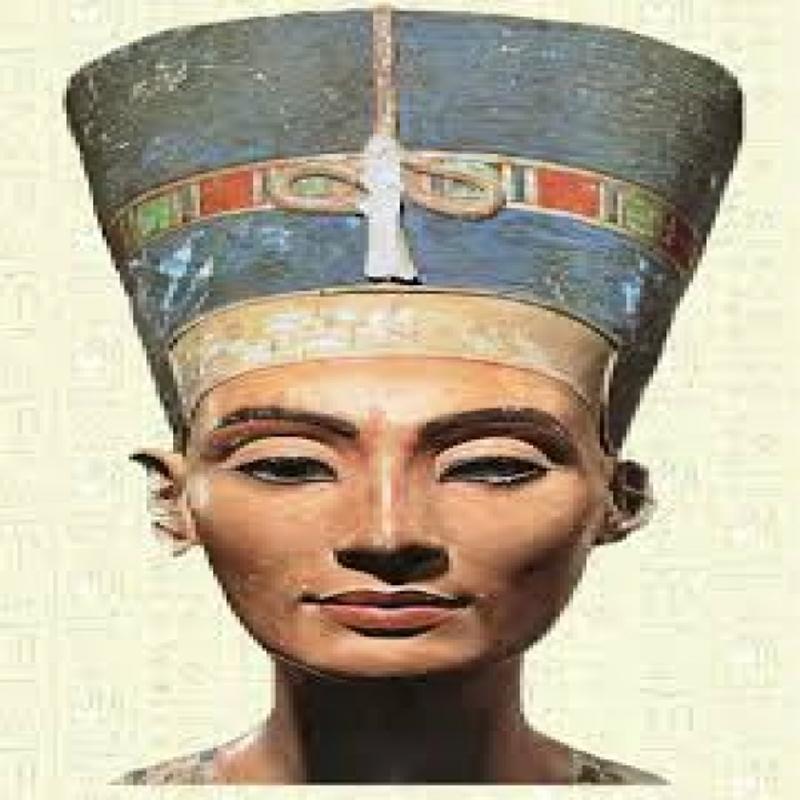 The bust of Nefertiti that was discovered by German archaeologists during excavations at Tel-Al-Amara in 1912 but not put on display until 1924, shows a very beautiful woman indeed but it is the gradual feminisation of Akhenaten himself that intrigues, was he so obsessed with his wife that he wished to be depicted looking like her.
Certainly, he was not the great warrior a Pharaoh was expected preferring instead to be with his wife and children.
Nefertiti disappears from the public record in the twelfth year of Akhenaten’s reign and there is no mention of her death, or possible fate leading some to speculate that she was murdered.
In the final year of the Pharaoh’s life a mysterious woman named Smenkhare appeared whom Akhenaten named as co-Regent. So little is known of this SmekhareIt some believe her have has been Nefertiti and that it was all part of an elaborate plan ensure she succeeded her husband as Pharaoh. Never popular as a woman it was said wielded too much power and influence such deception was felt necessary to guarantee an orderly transition.
Late in his reign Akhenaten decided that the Sun God Aten needed a city of its own far away from the Egyptian capital Thebes where it would be uncontaminated by the other Gods that the Egyptian people still remained wedded to.It would be built in middle-Egypt, in the heart of the nation, and was intended as a place of pilgrimage but it was never built for when Akhenaten died in 1336 BC, his experiment in monotheism died with him.
He was succeeded as Pharaoh by his nine year old son Tutankhamun who was not the child of Nefertiti who had borne him six daughters, but of a secondary wife, Kiya.
The Regent during Tutankhamun’s infancy was General Horemheb and not long after his coming to power the woman Smenkhare disappears from history and all of Akhenaten’s religious changes were put into reverse; the ban on worshipping other Gods was removed and the pre-eminent status of the God Amun-Re restored, as was the power and the privileges of the priesthood.
Akhenaten’s reign and his obsession with the Sun-God had seen Egypt decline economically and left the country’s administration in disarray. General Heromheb was determined to restore the old ways and the first thing he did was to reintroduce the worship of those Gods that the people believed had deserted them.
Tutankhamun died aged just nineteen, and it has long been rumoured that he was murdered. Maybe, his wife Ankhesenanum thought so too because she begged to be allowed to re-Royal Family outside of the family. Her request was denied and she was forced to wed the late Tutankhamun’s powerful adviser Ay, who was to succeed him as Pharaoh but was to reign only four years before he too was murdered.
With his death ended the 18th Dynasty.
Tagged as: Ancient & Medieval
Share this post: