Posted on 9th March 2022
There was no greater poet of the Victorian Era than Alfred, Lord Tennyson. His poems epic of theme and mournful in style struck a chord in a country that may have been busy with Empire building and creating the modern world but remained obsessed with the past; a nostalgia borne of a life often nasty, brutish and short regardless of background and where industry scarred the landscape and poverty and disease was everywhere to be seen. An environment that lent itself to sentimentalism and no poet satisfied this desire more than Tennyson. He was in W.H Auden’s words the “Great master of melancholia.”
Born in 1809, into a large family in the Lincolnshire village of Somersby where his father was Rector plain Alfred Tennyson, who was perhaps influenced in his melancholia by the flat landscape and lowering skies of his home county, spent much of his childhood in his father’s well stocked library; his refuge perhaps from a man known to be a heavy drinker and of ill-temper, but one who had taken care to ensure his children were provided with a good education. 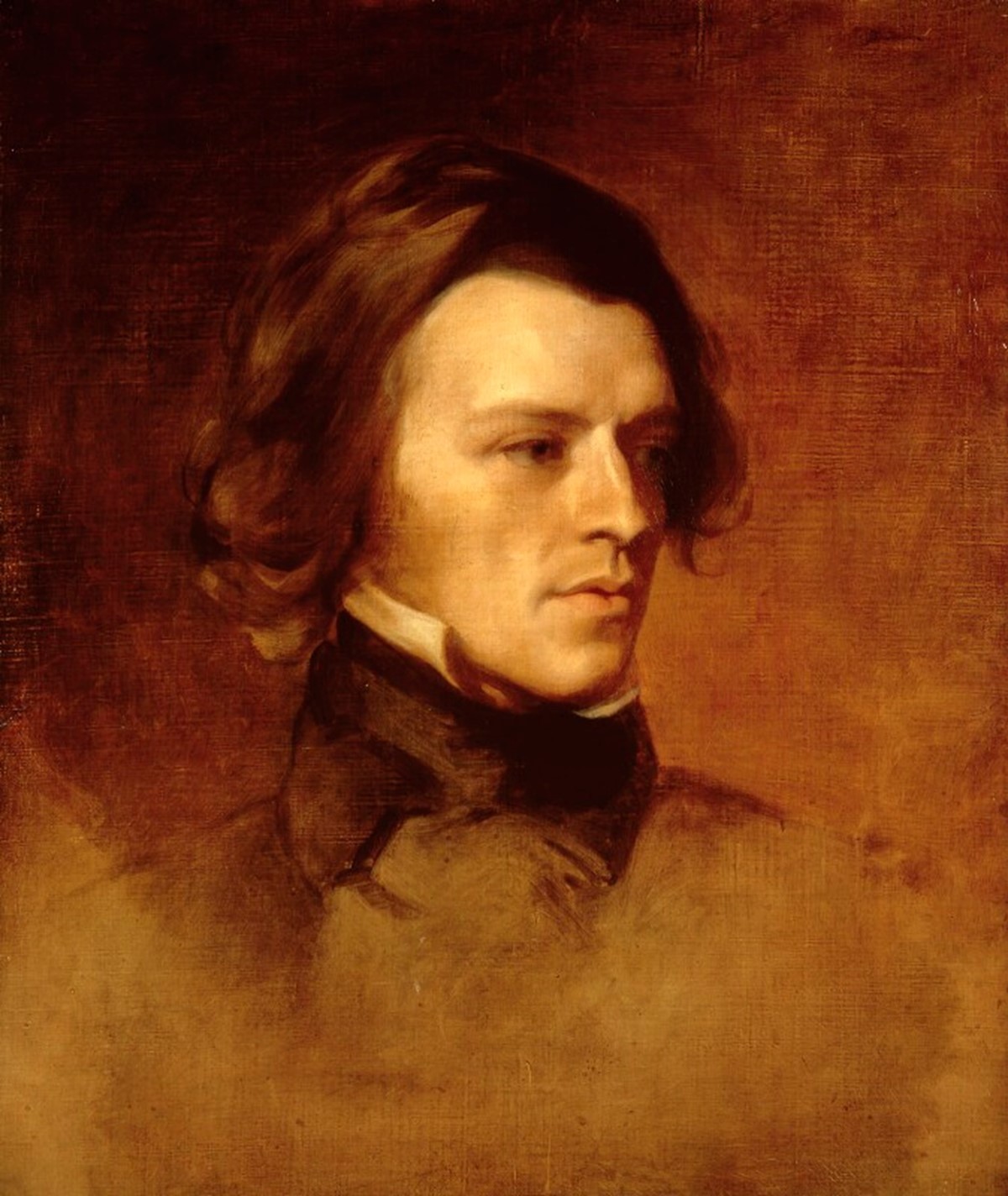 In 1827, he attended Trinity College, Cambridge where he soon became a prize winning student but had to leave before graduation due to financial difficulties following his father’s death. Upon his return home he co-authored alongside his brother a short book of poems.
He was now mostly kept busy running the family household but in 1833 was able to publish a second book of poems that was all his own work. It was not well received and he would not publish any further poems for a decade. One of its poems would prove more enduring and influential than he might have imagined however, and over time would also become one of his most popular. 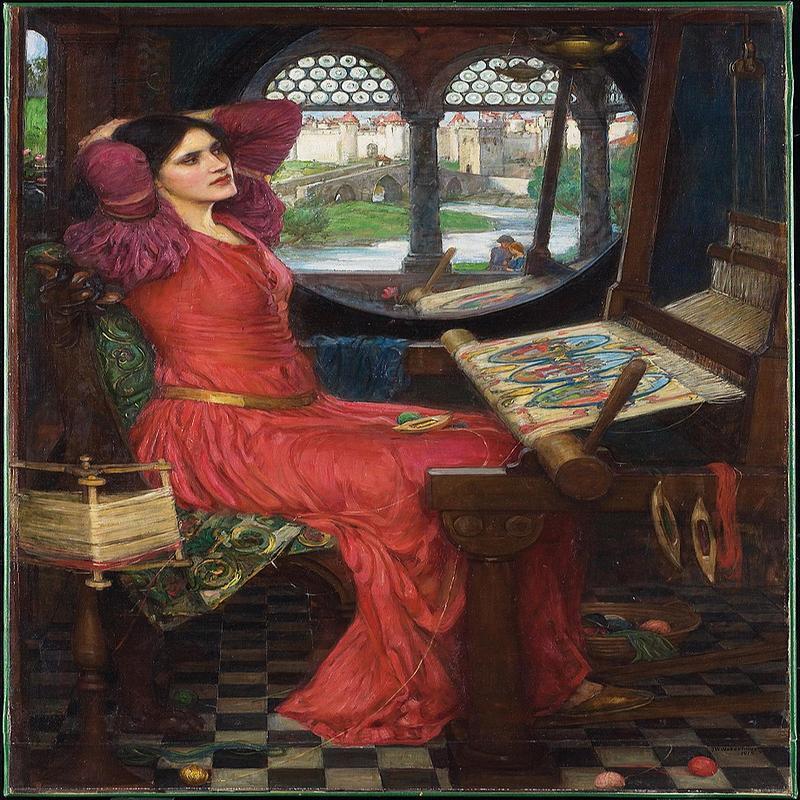 The Lady of Shallot is a lyrical ballad that tells the Arthurian legend of Elaine of Astalot whose unrequited love for Sir Lancelot sees her cursed on pain of death to remain in a tower and weave. She never again could set her eyes upon the world only see it reflected in a mirror. In the end, unable to bear it any longer she escapes her isolation and sets off in a boat to Camelot hoping to see beloved Sir Lancelot. But the curse comes to fruition and she dies on the way. Informed of her tragic death Sir Lancelot pays his respects and looking upon her face remarks how lovely she was.
The Arthurian Legends were an abiding interest of Tennyson’s as indeed was English mythology to many Victorians. The Lady of Shalott would be revised and reissued fifteen years later as part of his Idylls of the King, a book of twelve narrative poems re-telling the story of King Arthur and the Knights of the Round Table. It would have a great influence on the medievalist inspired Pre-Raphaelite Brotherhood of Dante Gabriel Rossetti, William Holman Hunt and John Everett Millais among others and also later artists such as John William Waterhouse and Edward Burne-Jones. Indeed, the Lady of Shalott was to be painted many times. 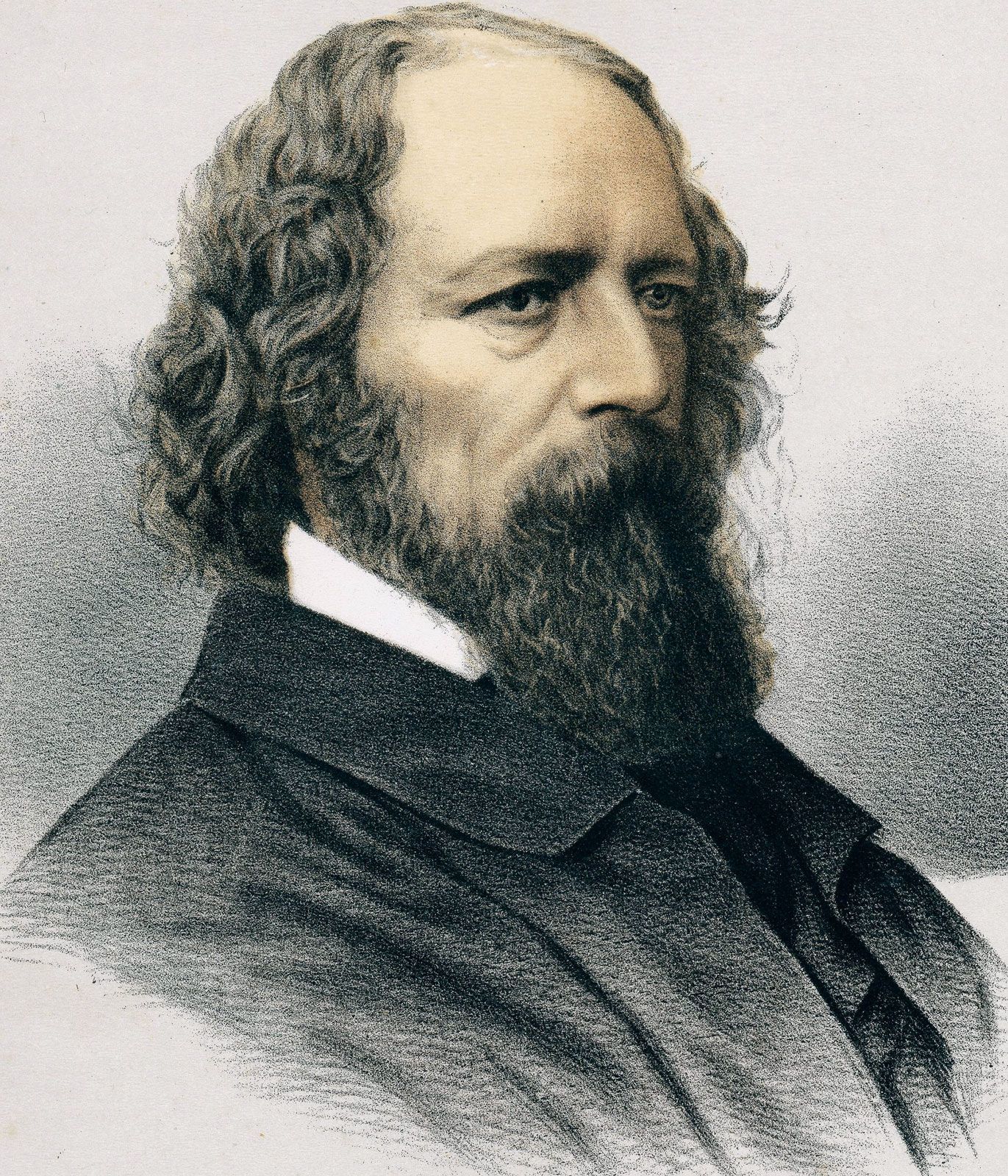 Yet despite being admired in both literary and artistic circles Tennyson struggled financially for many years and it wasn’t until he published In Memoriam A.H.H his requiem to his closest friend Arthur Henry Hallam who had died many years before and which has the famous lines, “’Tis better to have loved and lost/Than never to have loved at all,” that a career which had appeared to have stalled began to soar.
In Memoriam was a favourite poem of Queen Victoria who carried a copy of it on her person while her husband Prince Albert sent his copy to the author along with a letter requesting Tennyson sign it. Not long after the publication of In Memoriam he was appointed Poet Laureate following the death of William Wordsworth.
His reputation as Victorian Britain’s greatest poet was assured with the publication of his The Charge of the Light Brigade in 1854 which was not only critically acclaimed but made him hugely popular with the public at large for the first time. 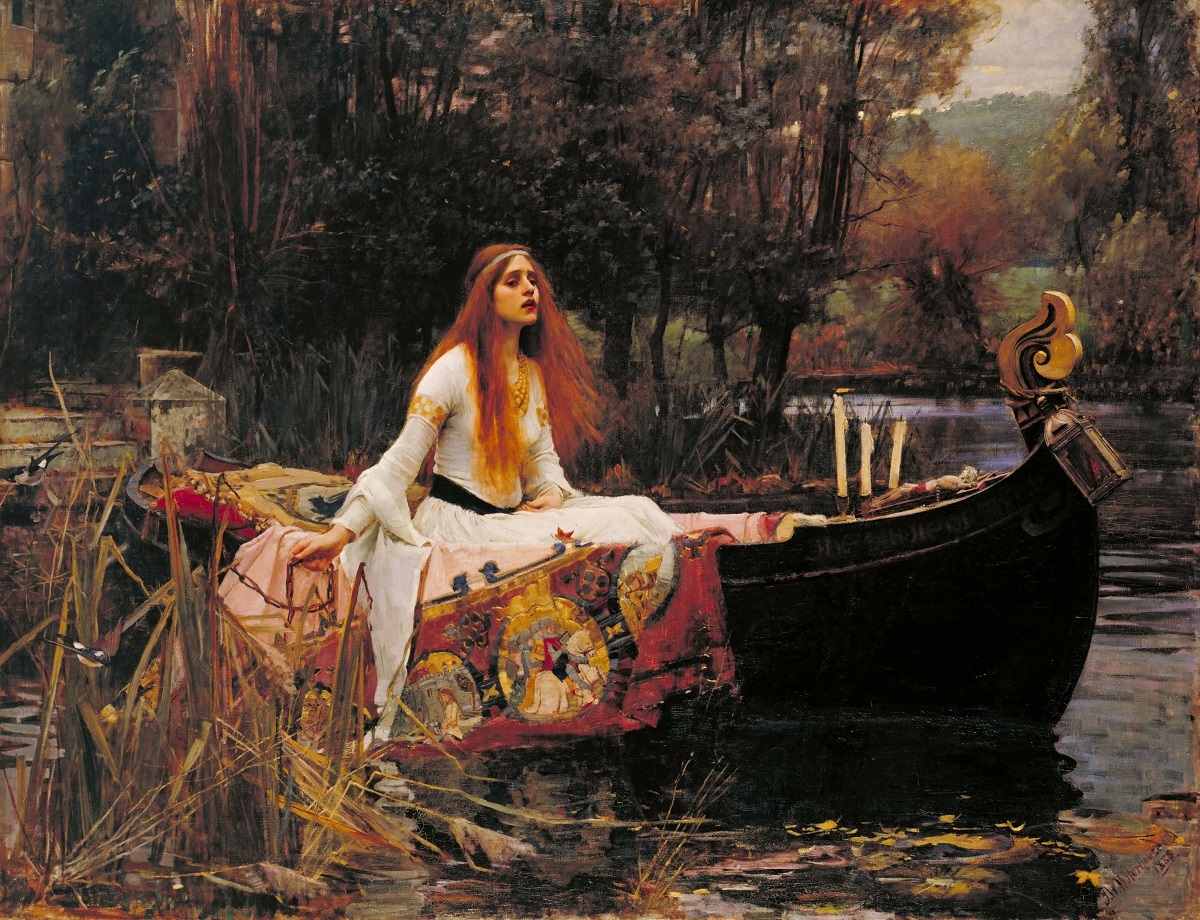