Posted on 11th October 2021
The man who would assassinate a Tsar was born Ignacy Hryniewiecki in 1856 in the town of Kalinovka in Belarus to aristocratic parents of Polish descent. His background was by no means deprived and he does not appear to have had a troubled childhood yet he was to grow up an embittered young man angry at the oppression of the Polish people treated as second class citizens in their own country; but most of all he was embittered about the gradual impoverishment of his family and his own subsequent reduced status.
His sense of grievance, which he wore almost as a badge of honour, went everywhere with him including to University in St Petersburg where he soon became active in radical politics. It was here that he joined the clandestine Russian revolutionary movement Narodnya i Volya, or the Peoples’ Will, proponents of Propaganda by Deed and determined to kill the Tsar. 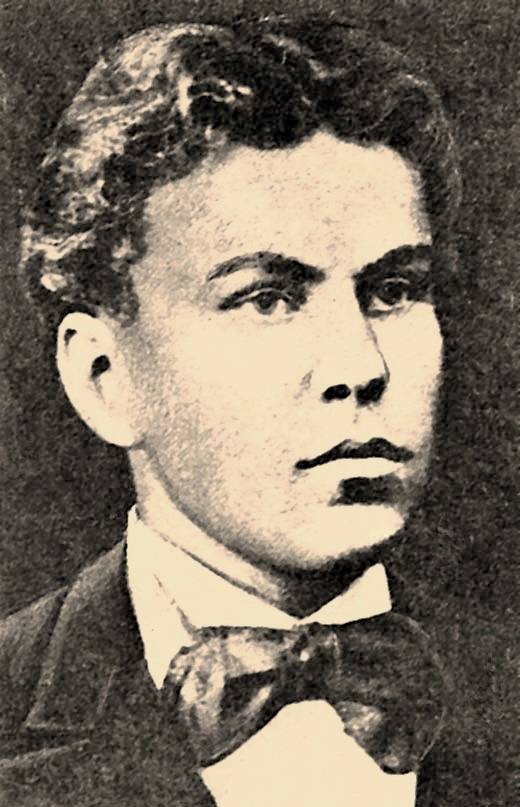 Not being an ethnic Russian, Hrynieweicki was not entirely trusted and provided with the rather lame alias of Kotik, or Kitten, he was was at first assigned only low level tasks distributing propaganda, quite literally handing out of leaflets and rattling a collection tin but despite the somewhat condescending attitude of his comrades he stuck assiduously to the tasks he was assigned and at least impressed them with his enthusiasm.
In February 1881, his commitment to the cause was rewarded when he was assigned to a Bomb-Throwing Unit where he joined such experienced revolutionaries as Timofei Mihailov, Ivan Elmanyov and Nikolai Rysakov. He was very much the junior member but would soon be elevated into revolutionary folklore for their mission was to assassinate the Tsar. 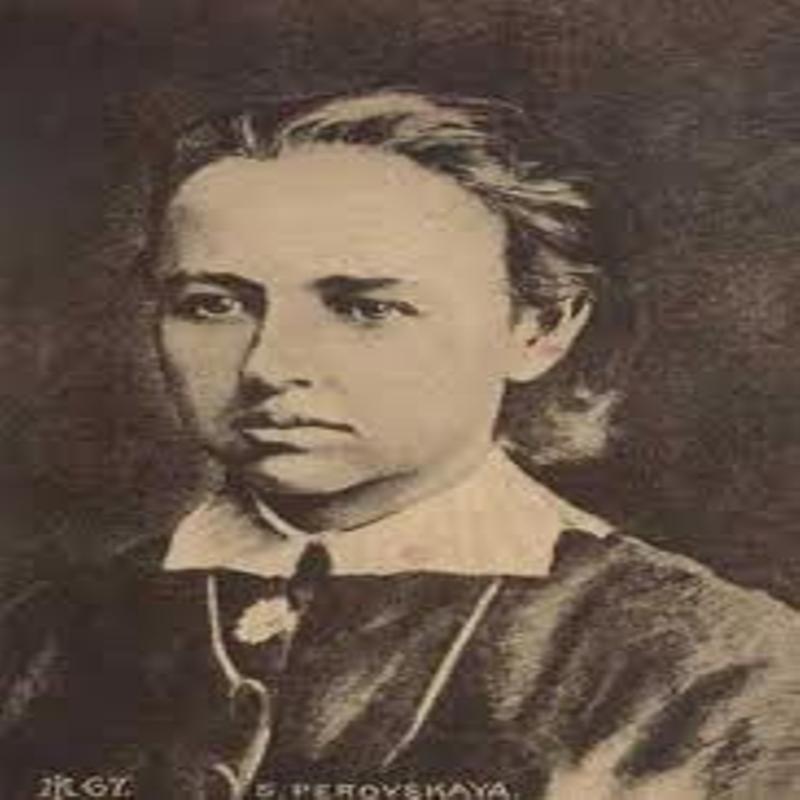 Like previous attempts on the Tsar’s life the present one would again be planned and organised by Sofia Perovskaya, a dedicated revolutionary who ruled her male comrades with a rod of iron.
But why the determination to kill this particular Tsar, he was after all the Great Liberator who unlike his bucolically conservative father was determined to liberalise Russia and open it up to the West.
He had ascended to the throne in 1855 following the end of the Crimean War, a shambolic debacle which had convinced him that Russia must change if it were to remain a great power. So he embarked upon a massive and wide-ranging programme of reform: the taxation system was simplified and made fairer, he introduced an element of democracy into the autocratic system of Imperial rule with the Zemstvo, or local elected assemblies, the railway system he greatly expanded while and the process of industrialism was begun with large foreign investment.
His reform programme culminated in 1861 with the Emancipation of the Serfs thereby ending de facto slavery in Russia. He even for a short time removed the death penalty from the statute book.
But few of these reforms noticeably improved the lives of the Russian worker living on the margins of society who wanted better pay, shorter hours, and improved working conditions, not railways they couldn’t afford to use; while many serfs actually found themselves worse off as a result of emancipation evicted as many were from the land their family had farmed for centuries.
The many minorities within the Russian Empire also remained dissatisfied merely wanting to be free of Russia’s suffocating embrace but the Tsar would not countenance greater freedom for the territories within his Empire and any dissent was harshly dealt with – the Polish uprising of 1863 was brutally crushed while the regions of Lithuania, Belarus, and Ukraine were governed like virtual police states. 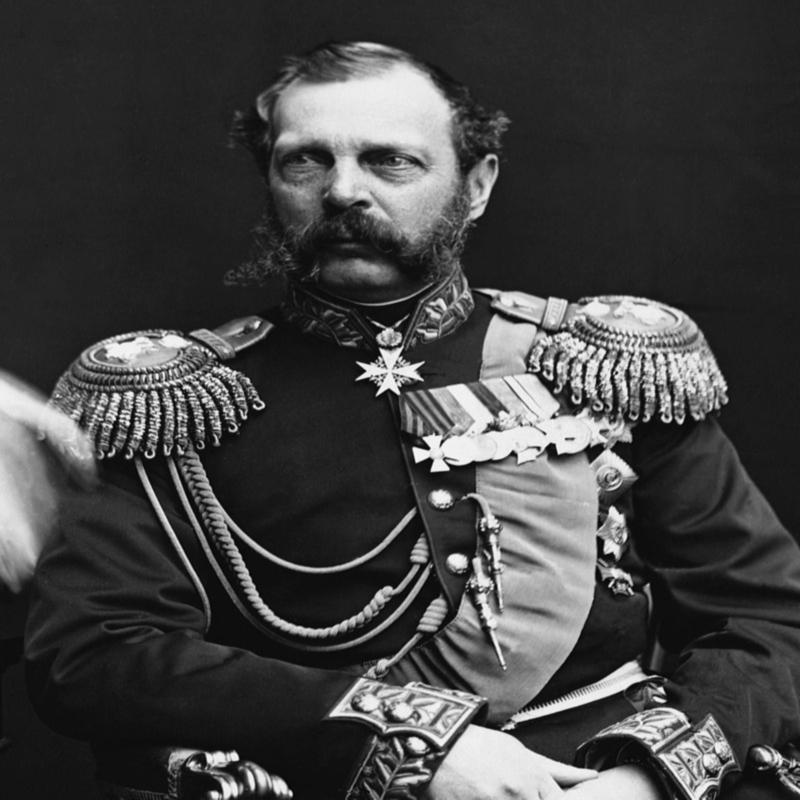 An unforeseen consequence of his reform programme was the Tsar being seen as a weak man easily pushed around and manipulated by his Advisers. It impinged upon his authority and encouraged people to oppose him in a way they would not is predecessor - and there had already been previous attempts on his life.
In December 1879, the Narodniki had tried to blow up the Royal Train by mining the track but as the train passed the explosives failed to detonate. On 5 February 1880, they did manage to blow up the Tsar’s dining room killing 67 people and wounding many more but fortunately the Tsar had been delayed on business and arrived late for dinner.
The assassins would not be deterred, however.
On 13 March 1881, Alexander left the relative safety of the Winter Palace to inspect the Palace Guard, something he did every Sunday and crowds would gather to catch a glimpse of their Tsar.
As he returned from the inspection down the Nevsky Prospekt a bomb was thrown at his carriage which missed but badly wounded two people standing nearby. The Tsar, in his reinforced carriage had been shaken but unhurt. Nikolay Rysakov, who had thrown the bomb, was quickly overpowered and captured but before he was taken away he was heard to shout at someone else in the crowd.
The Chief of Police Ivan Dvorzhitsky, who was travelling with the Tsar, urged him to leave the area at once but he insisted on seeing the wounded first. The six Cossacks who had been assigned to guard the person of the Tsar were distracted by the crowd that was excitedly gathering around the scene of the explosion and for a time at least he was left unprotected.
As he knelt down to comfort a young boy who had been injured in the explosion one of the Tsar’s guards rushed over to enquire if the Tsar was hurt? “No, thank God!” he replied. At this very moment Hryniewiecki pushed his way to the front of the crowd and was heard to shout: “It is too soon to thank God!” 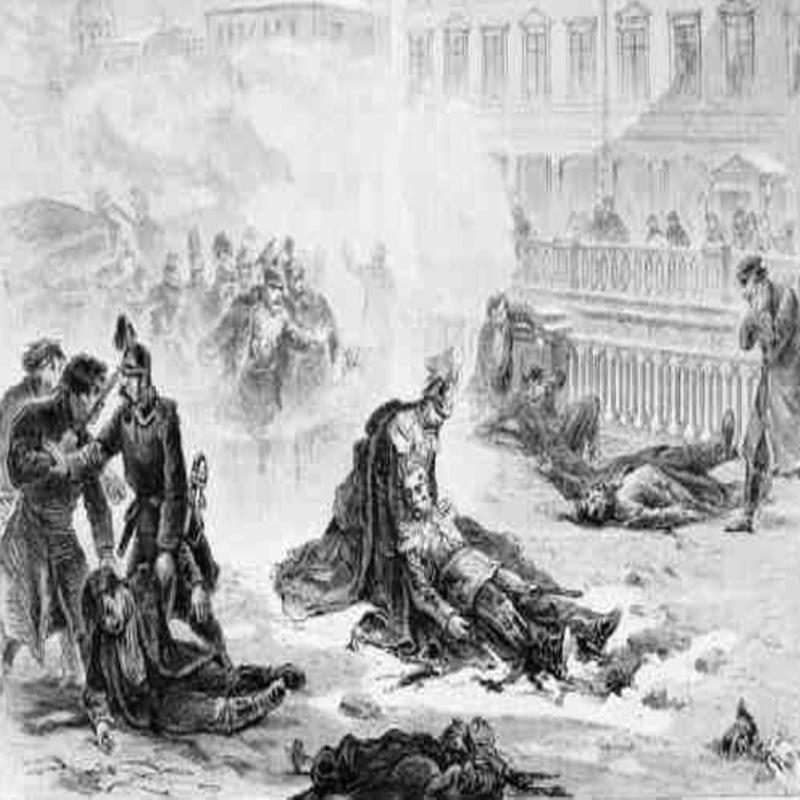 He had always expressed concern about injuring innocent bystanders but now he tossed aside any moral scruples along with his bom. The force of the explosion tore into the body of the Tsar dismembering him and ripping the flesh from his body. Even so, he did not die immediately. Dvorzhitsky described the scene:
“I was deafened by the explosion, burned, wounded, and thrown to the ground. Suddenly, amid the smoke and snowy fog, I heard His Majesty’s weak voice cry, ‘Help!’Gathering what strength I had, I jumped up and rushed to the Emperor. His Majesty was half-lying, half-sitting, leaning on his right arm. Thinking he was merely wounded I tried to lift him but the Tsar’s legs were shattered and the blood was pouring out of them.
Twenty people with wounds of varying degree lay on the streets. Some managed to stand, others to crawl, others still tried to free themselves from the bodies that had fallen on them.
Through the snow and debris you could see fragments of clothing, epaulettes, sabres, and chunks of human flesh.”
Nearby lay the prostrate and unconscious body of his assassin injured in the same blast.
Ivan Elmanyov, who was standing further back in the crowd tried to spirit his comrade away but was thwarted by the number of people thronging around the body. Taken to hospital Hryniewiecki died soon after without ever regaining consciousness. He barely outlived his victim.
In the meantime, the Tsar was taken with haste back to the Winter Palace but with limbs hanging by a thread, his face torn and mutilated, and blood oozing from his body as if in a flood there was nothing anyone could do. Given the Last Rites he died fifteen minutes later.
There was no need for the police to launch a manhunt, Nikolay Rysakov who had been captured earlier readily revealed the details of the plot and the addresses of the safe houses his co-conspirators were hiding in. If he did so in the belief that it would save his own skin he was mistaken. He, along with Sofia Perovskaya, Andrei Zhelyabov, Igor Kilbachich, and Timofei Mihailov after the most cursory of trials were sentenced to be hanged.
On the scaffold Sofia warmly embraced and kissed her fellow condemned, all that is except for Rysakov, whom she pointedly ignored.
The assassination of Tsar Alexander II did not spark the revolution that the Narodniki had hoped for and expected – but then they had never understood the people. Instead, it merely caused outrage and the Tsar’s son inherited the throne with hardly a murmuring of opposition.
But it was to have a deep and lasting impact, the Tsar’s immediate successors, his son Alexander III and grandson Nicholas II, would not countenance further reform under any circumstances. It had been shown in the starkest terms that to do so only made the Monarchy more vulnerable – the people had to be kept on a tight leash.
When in the years immediately preceding World War One when only large scale reform could have saved the Romanov Dynasty, Nicholas II was to show himself incapable of being anything but the autocrat of his own imagination yielding only a little when forced to do so.
When he was forcibly removed from power he was more shocked than most. Perhaps, Hryniewiecki’s bomb had been the precursor to revolution, after all.
Tagged as: Miscellaneous, Monarchy
Share this post: