Posted on 14th April 2021
The small seaside town of Brighthelmstone or Brighton as it would soon be known had become increasingly popular with London high society recommended as it was by physicians for the healing quality of its water and the freshness of its sea-air. It also provided a much closer alternative for those seeking a break from cffgity life but wished to remain within the Court milieu than fashionable Bath, though it was still an eight hour coach drive from London.
The heir to the throne Prince George had endured a strict upbringing being placed on a rigorous diet from an early age and forced to exercise often against his will while taught by men with instructions to beat an education into him if necessary. Not surprisingly perhaps he quickly developed a rebellious streak and throughout most of his life he would consciously act contrary to his father’s wishes. 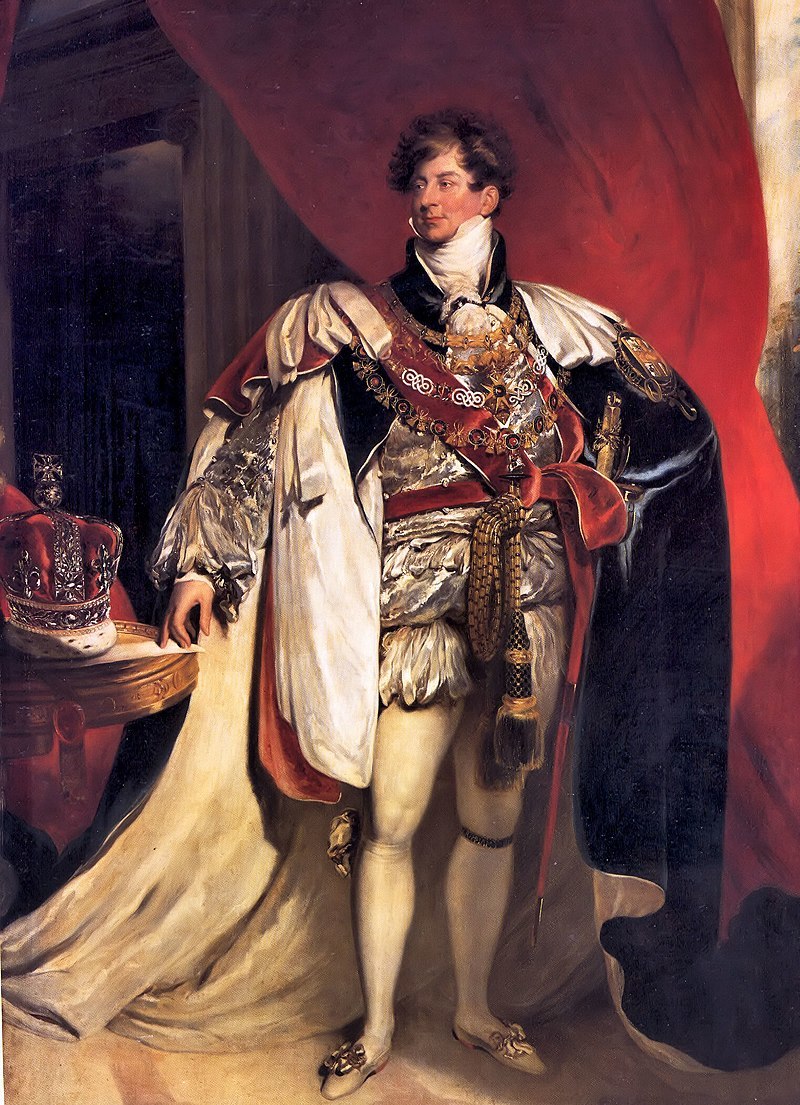 He was a young man with a very high opinion of himself even if it was not one shared by the majority of his contemporaries. Certainly, the Russian Ambassador’s wife Princess Lieven was not overly impressed: “He quickly summed up persons and things. He was educated and had much tact, easy, animated and with varied conversation, not all of it pedantic. He knew how to listen and was very polished, affectionate and gallant. But he was full of vanity and could be flattered at will. Weary of all the joys of life, having only taste and little sentiment, he was hardly susceptible to attachment, and I believe never sincerely inspired anybody with it”. He was unquestionably charming, witty, and clever but all seemingly to no great purpose.
Disinterested in matters of importance and too easily distracted by an admiring glance or a whispered compliment he would be a bad Prince Regent and an even worse King, though it was said he was a fine hairdresser and had a keen eye for interior design.
Prince George first visited Brighton in 1783 when he was aged just 21, and he was soon to become a frequent guest of his uncle Prince Henry, Duke of Cumberland, who had a residency there. For him it was a place to escape the dour confines of Court life and pursue his affair with his Catholic mistress Maria Fitzherbert away from the austere gaze of his disapproving father.
In 1784 he purchased a farmhouse overlooking the sea-front as a home for Mrs Fitzherbert, not that she was appreciative of his largesse complaining endlessly of its drabness and of being forced to live in reduced circumstances. She needn’t have worried, a man for whom display was the be all and end all of his life was never going to be satisfied with a cottage by the sea no matter how quaint and picturesque it was and by 1787 it had been entirely rebuilt and provided with a name – the Marine Pavilion.
The Prince’s apparent endorsement of the town only served to increase its popularity despite a growing reputation for sleaze as it drew in the wake of its more fashionable visitors the usual tradesmen, hucksters, charlatans and painted ladies of dubious intent and loose morals. It soon became a place of high society and low life, or as the artist John Constable would later describe it – Piccadilly by-the-Sea.
With its baths, its theatres, and its racecourse it was soon the most exciting town in England and the place to meet, to be seen, and to impress. As Jane Austen wrote in her novel Pride and Prejudice: “In Lydia’s imagination a visit to Brighton comprised every possibility of earthly joy.”
Prince George thought similarly and he had big dreams for the town of Brighton. He would build his own Royal Palace there, a Pleasure Dome shaped in his own image away from the prying eyes of the London press and the carping of politicians.
But heavily in debt, criticised for his extravagance, and constantly mired in scandal his dream would remain unrealised for many years. He had only recently completed the refurbishment and re-modelling of his London residence Carlton House the expense for which had been so great that it had prompted a Parliamentary Inquiry into its lavish overspend and it was only through the intervention of Charles James Fox and other leading Whig politicians who petitioned on his behalf that the money for its completion was secured.
In 1811, his father the sober and frugal King George III who had long since washed his hands of his son’s extravagances fell seriously ill and so unable to perform his Royal duties Prince George was appointed Regent during his incapacity. 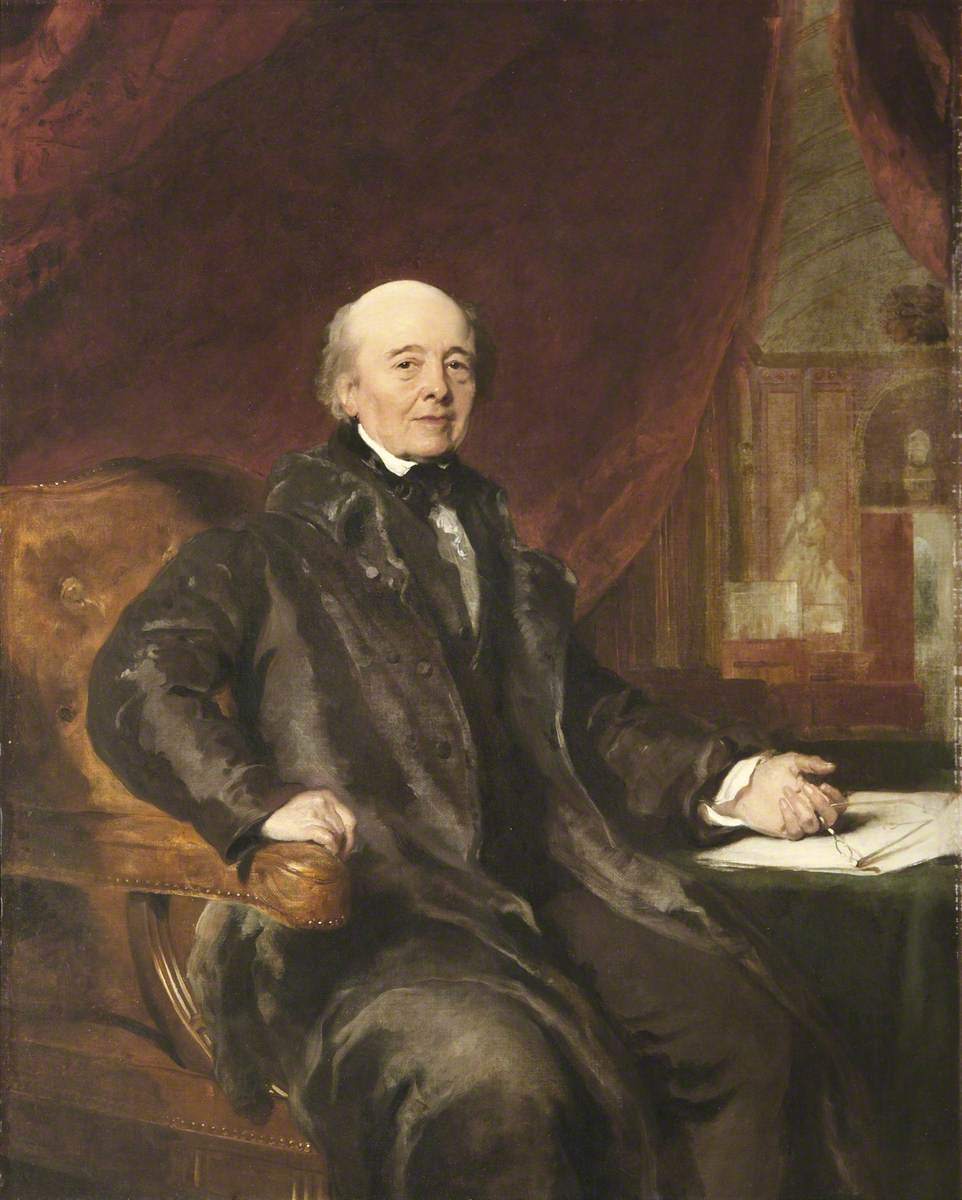 As the years passed it became increasingly apparent that the King would never fully recover his faculties and by 1816, George felt secure enough in his position to commission the architect John Nash to build his Royal Palace in Brighton.
Nash who had been responsible for the development of Regent Street in London and would later build the Haymarket Theatre would not have free-rein, however. The Brighton Pavilion as it was to become known would be constructed entirely to the Prince Regent’s specifications and both he and Nash He had been greatly influenced by the work of Oriental artists and the exterior of the Pavilion was inspired by Mughal architecture though its thick columns and many domes provide it with a temple or pagoda like presence that saw it often referred to as the Taj Mahal of the South-Coast.
The Oriental theme was continued within and its interiors largely designed by Thomas Crace were a mixture of neo-classical Georgian chandeliers and mirrors alongside Chinese tapestries, rugs, ornamentation and dragon painted wallpaper. 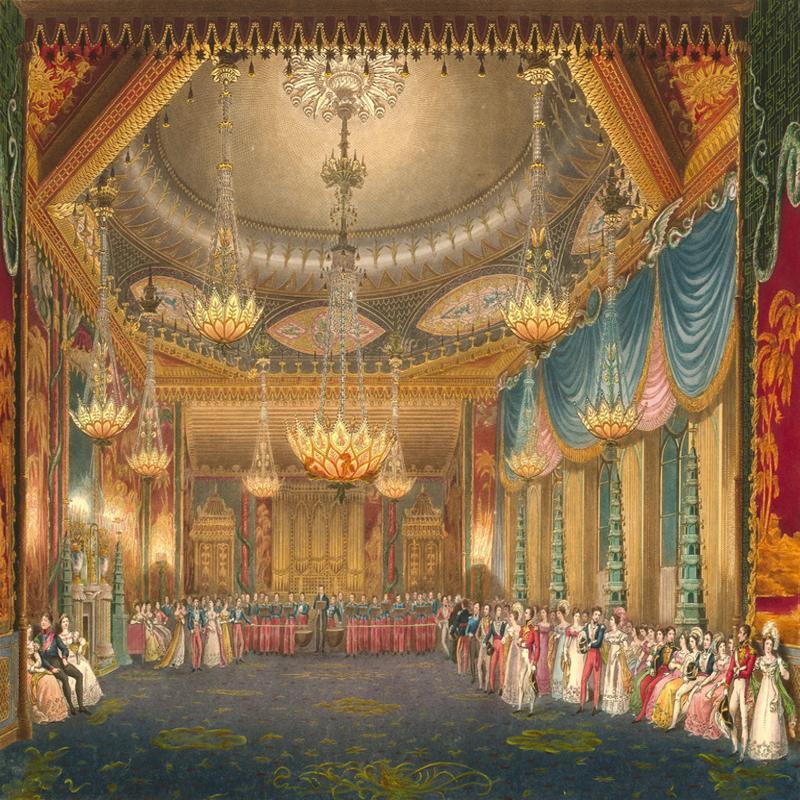 The Royal Pavilion was certainly more to the taste of Mrs Fitzherbert and also to the Prince who entertained lavishly in its massive ballroom and always a lover of the table he had the kitchen constructed adjacent to the dining room meaning the many courses could be delivered promptly and piping hot removing the distance that was traditional between a master and his servant.
Over the next fifteen years the Royal Pavilion in Brighton became the Prince Regent’s, fantasy world of Oriental absolutism far removed from the rigours of Constitutional Monarchy where his dreams could be realised and his every whim catered to. Here he could escape the accountants of the Royal purse, the demands of the politicians, the jeers of the crowd and the mockery of the satirists.
Though George may have been able to turn a deaf ear to the criticism it continued nonetheless and among his most prominent critics were those very Whig politicians to whom he had once expressed his support and had aided him during the many crises in his life.
They saw the Royal Pavilion as a wasteful extravagance at a time of great social distress and unrest in England, and so in 1820 upon coming to the Throne he abandoned his one time friends and changed his allegiance to the Tory Party. Following his death on 26 June 1830, his successor William IV continued to use Brighton Pavilion as a place of escape but Queen Victoria thought otherwise. She only stayed at the Pavilion a small number of times but she learned to hate it. She thought it gaudy and in what would have caused terrible offence to the former Prince Regent lacking in taste. She felt when staying there as if she was on display and so in 1850 after stripping it of many of its furnishings and adornments she sold it to the Brighton Commissioners for £50,000.
The Prince Regent had believed himself to be a man of culture, sensitivity, taste and the fashion icon of his age, and it was to be at Brighton Pavilion away from the constant gossip of the Royal Court and endless scrutiny of the politicians that this self-image could be realised.
The Royal Pavilion in Brighton was the Prince Regent’s Folly but one of which he was so proud that he even arranged guided tours of it so that the public too could see, if not share, in its grandiloquence. He had no need for it, he neglected his Royal duties to work on it, and he spent vast sums from the public purse on building it causing him to be the subject of unprecedented scorn and ridicule – but it made him happy.
For as Samuel Taylor Coleridge wrote in veiled praise of Oriental despots:
In Xanadu did Kubla Khan
A stately pleasure-dome decree:
Where Alph, the sacred river, ran
Through caverns measureless to man
Down to a sunless sea. 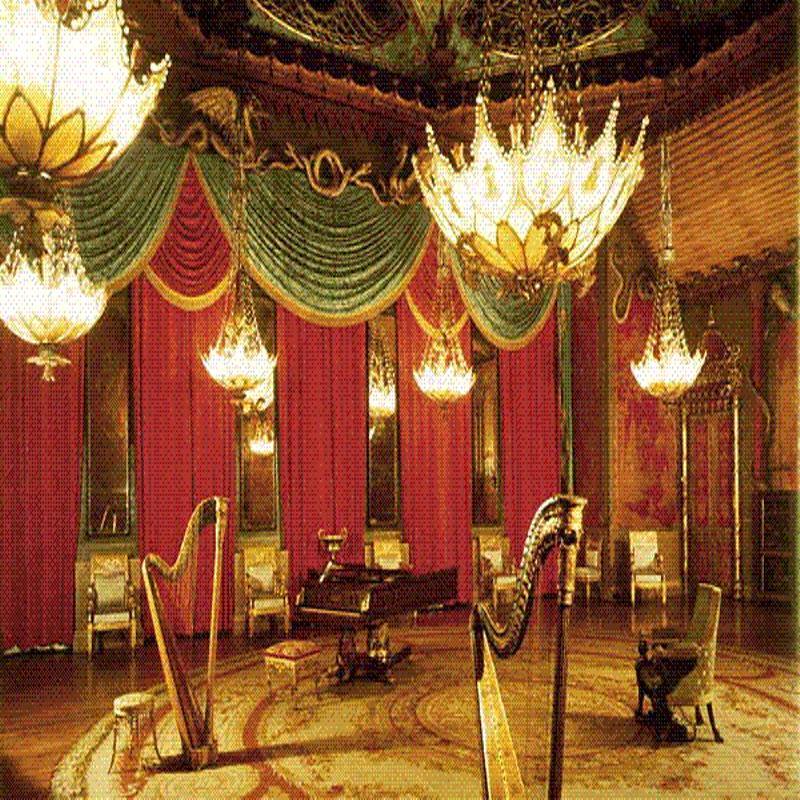 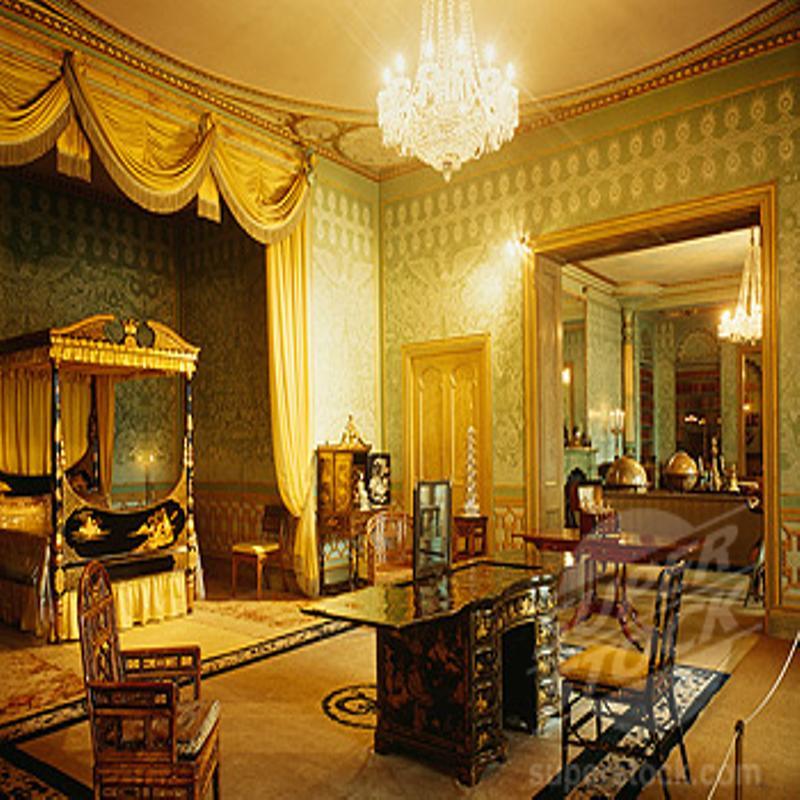 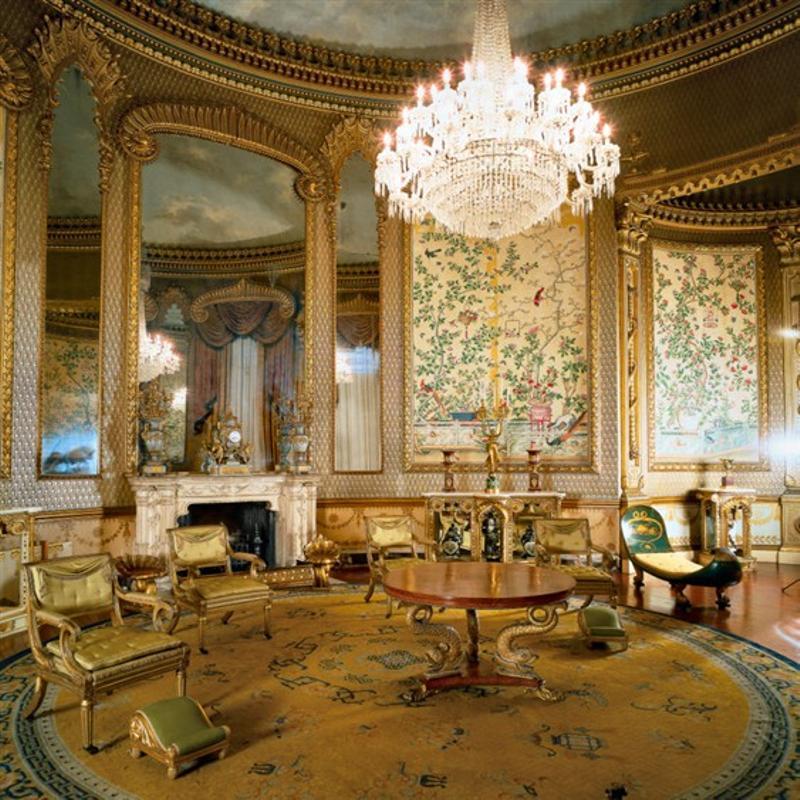