Posted on 15th February 2021
She is one of the legendary figures of the American West and has been the subject of songs, books and has been portrayed in both theatre and on screen. Her very name resonates with the history of the period in which she lived and her life is part of popular folklore but who was the real Calamity Jane?
She was born Martha Jane Canary in Princeton, Missouri, on 1 May 1851, the eldest of 6 children. Her father, Robert, a farmer, seemed incapable of settling down in one place and when Martha was aged 8 he moved the family on to Virginia City, Montana, and then in the spring of 1866 onto Salt Lake City in Utah. It was of course possible that Robert was moving simply to evade his creditors not an uncommon thing at the time.
The journey to Utah was to end in tragedy with both Martha’s mother and her younger sister Charlotte dying en-route. Within the year her father too had died leaving the 15 year old Martha to bring up her four younger siblings. No doubt wanting to leave bad memories behind her she then moved the family on once more, this time to Wyoming. 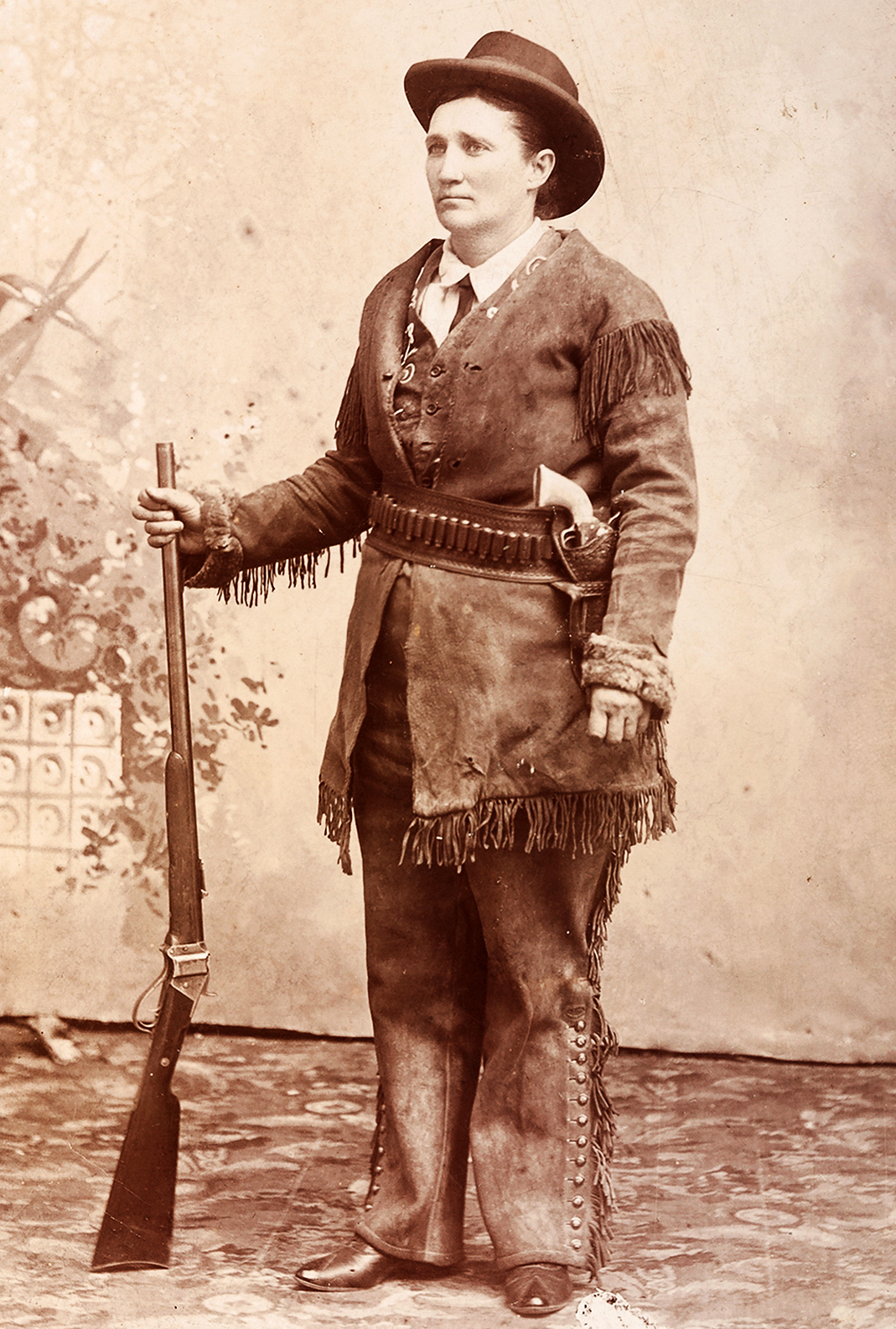 Martha was both diligent and responsible working hard to provide for the children as best she could taking on jobs as a dishwasher, a cook, a waitress, a dance hall girl, even labouring on the Western Pacific Railway before finally turning to prostitution which she found both easier and more profitable. But she had also taken to drink.
Described at the time as a pretty dark haired young girl she was barely five feet tall and very slight but she was also had a violent temper and a sharp tongue. As she got older her drinking increased and she smoked endless cigarettes. She had also taken to dressing as a man though her feminine features prevented her from ever being mistaken for one.
Yet despite her many rough edges she was sensitive and sympathetic. A friend, Colonel Lounsberry wrote of her: “She waltzes on one leg, and polkas on the other, and thereby makes her living. Living amongst rough associates she has never learned the social graces but I have never met a woman more readily brought to tears by a reproach, by kind words, or by a sad story.”
Surprisingly intelligent for someone who received no formal education she was both literate and on occasions even articulate, contrary to her reputation for swearing and coarse language.
In 1874 she got a job as a scout at Fort Russell and participated in the on-going Indian Wars; and it was during her time as a scout that she honed her riding and shooting skills. Later that year she saved the life of a Captain Egan who had been severely wounded during a fight with an Indian War Party. She would later claim that it was Captain Egan who provided her with the nickname Calamity though it more likely it came about as a result of her clumsiness or tendency to use the word as a threat. It would be a calamity for you she would say, or to anyone who offends me.
In 1876, she served in the campaign that was to result in the death of General Custer and his entire command at the Battle of the Little Big Horn. She carried dispatches for General Crook at one time swimming the Platte River and riding full-pelt for 90 miles through hostile territory to ensure that they were delivered on time. She soon gained the reputation as someone who was not afraid of a fight.

By this time, she’d had her first recorded meeting with Wild Bill Hickok the man with whom she is most closely associated though she was always to say that she had met him much earlier. Indeed, she was to claim that they had married and that she had borne his child but there is little evidence for this. She was certainly infatuated with him, though whether their relationship was ever as close as she imagined remains open to question.
In August 1876, Wild Bill Hickok was shot dead during a poker game and a distraught but also furious Jane went looking for and confronted his killer, Jack McCall. She raged and screamed at McCall who was visibly shaken but Jane had neglected to go armed otherwise she said she would have killed him. He would later die in any case, hanged for murder.
During the winter of that year she nursed victims of a smallpox epidemic and was widely praised for her courage, kindness, dedication and hard-work. She was also to save the lives of those aboard a stagecoach which had been attacked by Indians. Using her riding skills to lure some of the Indians away from the attack she returned to the stagecoach to take up the reins after its driver had been killed and all of its male passengers had refused to do so. She managed to drive them all to safety.
With the end of the Indian Wars Jane returned to dancing and prostitution to make ends meet. 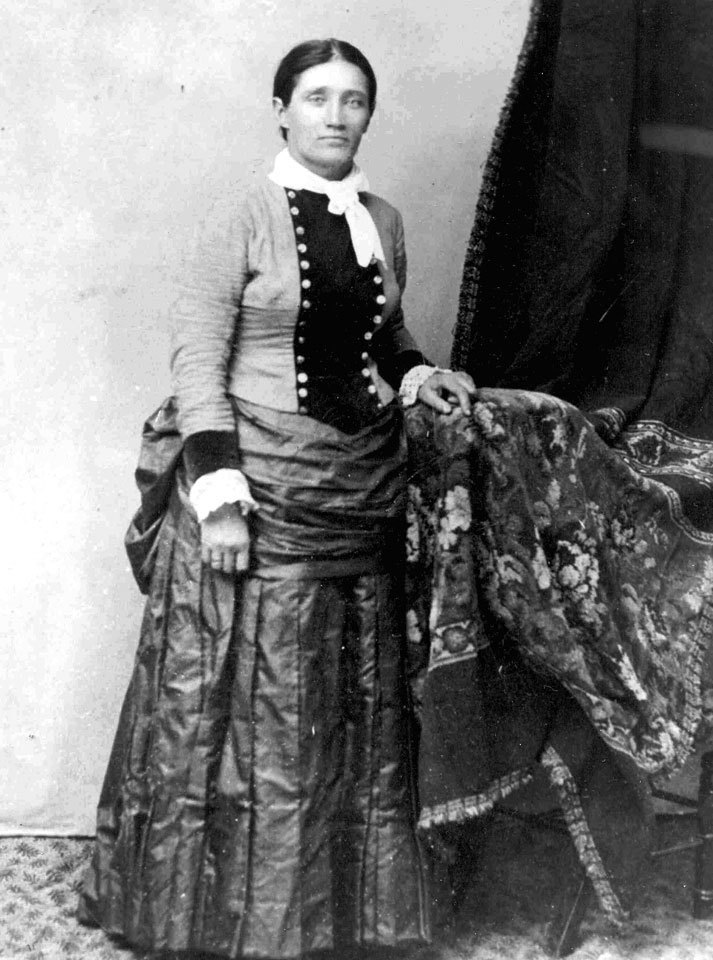 In 1881, she met and married the Texan, Clinton Burke. It wasn’t exactly a love match but he had money and she moved with him to Boulder, Arizona where he provided her with the means to open and run her own saloon. In 1887, she gave birth to a daughter she also named Jane but though her husband had brought some stability to her life and provided her with the respectability she had always yearned for he soon after abandoned them. Despondent, Jane put her daughter up for adoption. It was a decision that was to haunt her for the rest of her days and after her death dozens of letters were found still in her possession that she had written to Jane but had never dared send.
Jane’s life now began to descend into sustained bouts of drinking, smoking, whoring, and bar-room brawling. She did however have a degree of fame following her exploits being written up in the Dime Novels of the day and the publication of a successful biography soon followed. Neither of which made her much money but it did allow her to cadge free drinks and charge more for her sexual favours.
In 1893, her life was rescued briefly from its downward spiral when Buffalo Bill Cody persuaded her to join his Wild West Circus along with her old foe, Chief Sitting Bull. Together they toured Europe where the public flocked to the shows to see Jane display her horse riding skills and in particular to see her trick shots. In the end Jane’s volatility and unreliability forced Cody to dispense with her services though he would always speak kindly of her.
By 1903, she had returned to live in the Black Hills of Dakota where she earned her living doing the laundry for Madame DuFran’s Brothel. By this time her chronic alcoholism had taken over and she was rarely seen sober.
On 1 August 1903, following a heavy drinking session she developed pneumonia and died, aged 53, ending her life as it had begun it in obscurity unaware that she would one day become a legend.
Tagged as: Miscellaneous, Women
Share this post: