Posted on 8th May 2021
On 21 May 1915, the Daily Mail published the sensational headline: “The Shells Scandal: Lord Kitchener’s Tragic Blunder.”
Directly blaming Britain’s premier war hero for the failures of the Army on the Western Front caused outrage and for a time there was a boycott of the newspaper copies of which were even burned on the streets - but they were right.
Britain did not have enough guns, few were of heavy calibre and those they had could not be adapted to trench warfare. Indeed, some of the field guns were those of the horse-drawn type used in the Boer War. Worse still was the lack of shells, a crisis so acute that some Units were reduced to using their artillery every other day, others restricted to no more than six rounds a day and even then much of the ammunition they had were shrapnel shells useless against a heavily dug-in enemy. It was a crisis that if exploited by the Germans could have dire consequences for the British Expeditionary Force in France. 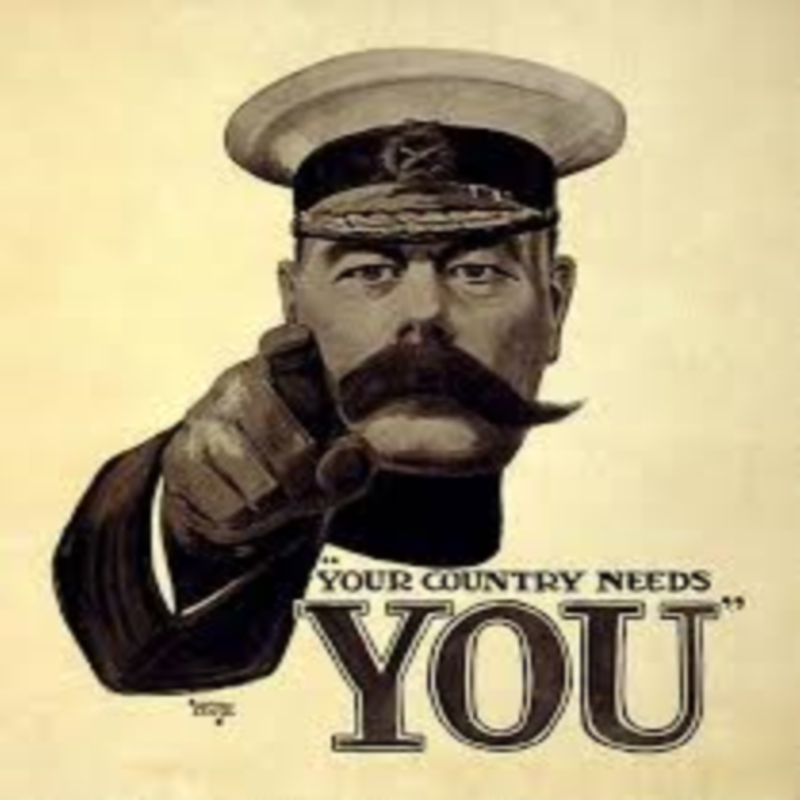 Lord Kitchener was too iconic a figure to be removed from his post in the Cabinet and as the public face of the war effort but something still had to be done, and urgently, about the shortages so responsibility for munitions was removed from his control.
The Munitions of War Act soon followed establishing the Ministry of Munitions with David Lloyd George directing its operations and he was soon to bring his trademark enthusiasm and boundless energy to its work.
In time purpose built Munitions Factories would be constructed a grand scale meanwhile railway yards and other heavy industrial establishments were to be adapted for war output. But where was he to find the thousands of workers required to operate these factories?
Since the start of the war well over a million men had volunteered for the army depriving industry of the labour force it required to function effectively. Skilled workers could be hurriedly recalled from the front but these alone would never be sufficient.
When war was declared in August 1914, Emmeline Pankhurst the leader of the Women’s Social and Political Union, better known as the Suffragettes, had called a halt to their campaign for its duration and in the months since people had become increasingly used to seeing women undertaking traditional male roles particularly in transport and on the farms. Here was Lloyd George’s workforce but a wartime crisis did not guarantee the compliance of those needed to resolve it and he had to enter into difficult negotiations with both the WSPU and the Trade Unions.
To Mrs Pankhurst he had to pledge his support for the Suffragette cause while she in turn knew that women working as the men did, in the same jobs as the men did and with the same results would make their case for equality in politics irrefutable. 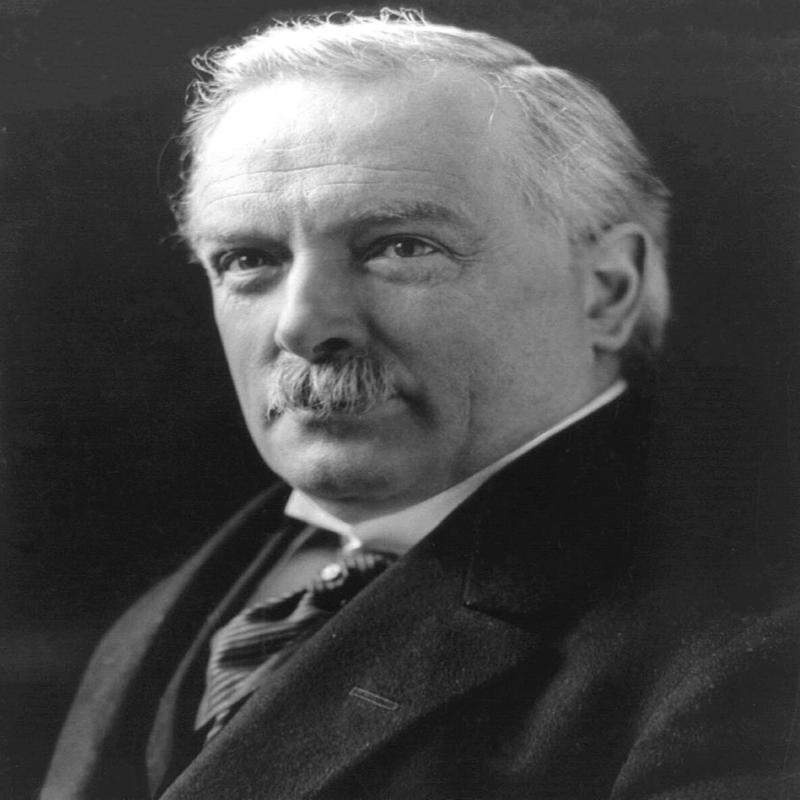 Lloyd George was delighted to have the support of Mrs Pankhurst but the Trade Unions were to prove a more difficult nut to crack. They were not willing to cede any of the rights and privileges that had been obtained for their workers over many years of struggle and they threatened industrial action should any attempt be made to reduce their influence in the workplace.
Lloyd George was not willing to risk a wave of strikes crippling British industry and undermining the war effort and so was forced to yield to their demands that upon the conclusion of the war those men serving in the Armed Forces would be readmitted to their old jobs at the expense of the women currently employed. He also had to agree that men would continue to be paid more than women and that strict divisions of labour would continue to be enforced.
Officially those women who worked in the Munitions Factories earned on average only around 30 shillings a week but in reality it was a good deal more and was increased following the Conscription Act of March 1916 which reduced even further the number of skilled men available. In fact, many of the women were earning more than a non-Commissioned Officer serving on the Western Front and this alongside a young woman’s propensity to flaunt her wealth was to cause a great deal of resentment especially from those still employed in poorly paid domestic service or reliant upon a serving husband’s wages to feed and raise their children. But it was money well earned for the work was not only vital to the war effort, it was also highly dangerous. 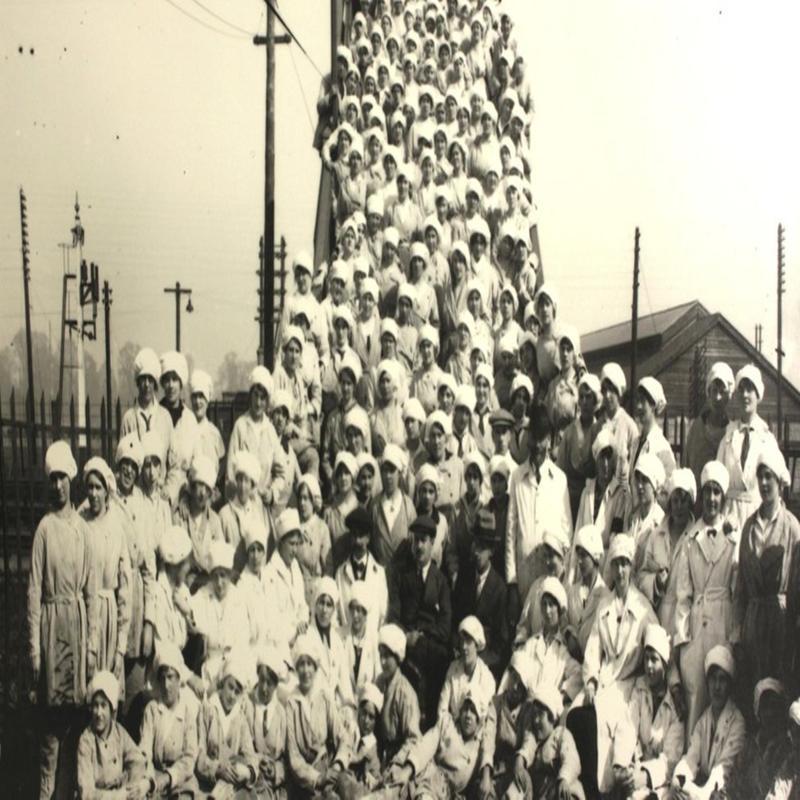 The most instantly recognisable munitions workers were the Canary Girls, so-called because the sulphur and chemicals they used to produce the trinitrotoilene (TNT) caused their skin to yellow and their hair to turn green but it also caused more serious health problems including anaemia, jaw-rot, and in the more severe cases even liver failure and by the end of the war more than 400 women had died from exposure to the deadly toxins.
The days were also long, the work tedious and the women who complained constantly of skin irritation, headaches, and a general nausea found maintaining the high levels of concentration required for often intricate work with unstable substances difficult.
Also, most Canary Girls were from poorly educated working class backgrounds and they struggled to understand instructions and to read danger signs and as a result had to be closely monitored by experienced male overseers. Nonetheless, accidents happened especially when a bonus scheme was introduced to encourage greater productivity which saw some take dangerous short cuts.
At 6.52 pm on 19 January 1917, 50 tons of TNT ignited at the Silvertown Munitions Works in London’s East End in an explosion that was heard a hundred miles away. 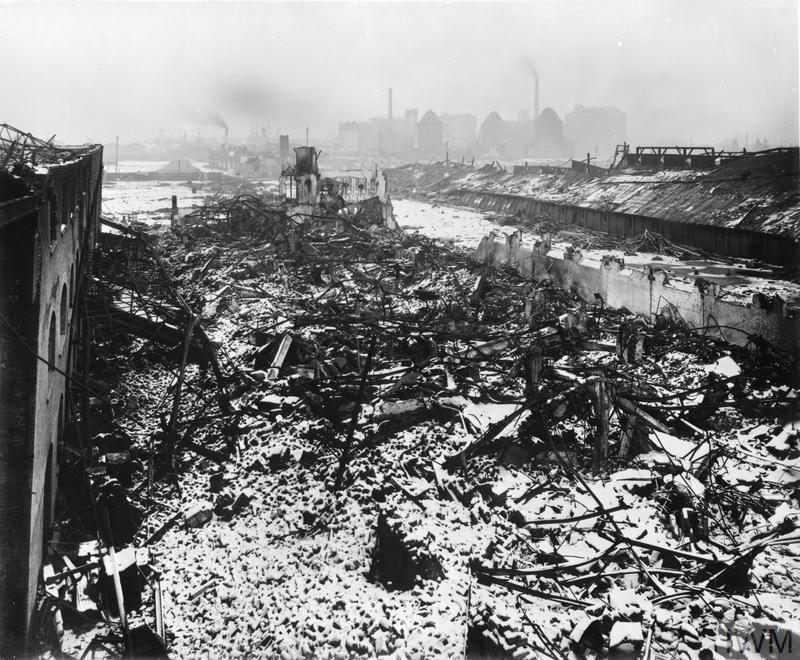 The factory was completely demolished, 600 homes nearby so badly damaged they had to be abandoned and later torn down while the well-heeled guests miles distant in the dining room of the West End’s plush Savoy Hotel fled in panic as the windows were blown in.
Fortunately, perhaps, the explosion had occurred early in the evening when the majority of the workforce had finished their day but even so 73, mostly women, were killed and more than 400 injured.
The Silvertown explosion was not the first such incident, the previous year 10 tons of TNT had ignited and killed 105 people in the small Kent town of Faversham, an incident which had been largely hushed up but it was impossible to maintain secrecy about an explosion of such magnitude in the heart of London.
Such incidents were damaging to the morale of people still adjusting to the sense of vulnerability caused by the Zeppelin raids and a discouragement to those who may have been willing to work in munitions for the rich rewards on offer.
Propaganda was stepped-up on posters and in magazines and journals which portrayed those women employed in the manufacture of munitions as working hand-in-glove with the men serving on the front-line – it was the women who were providing the resources for the men to kill the Hun and win the war. But the accidents continued. 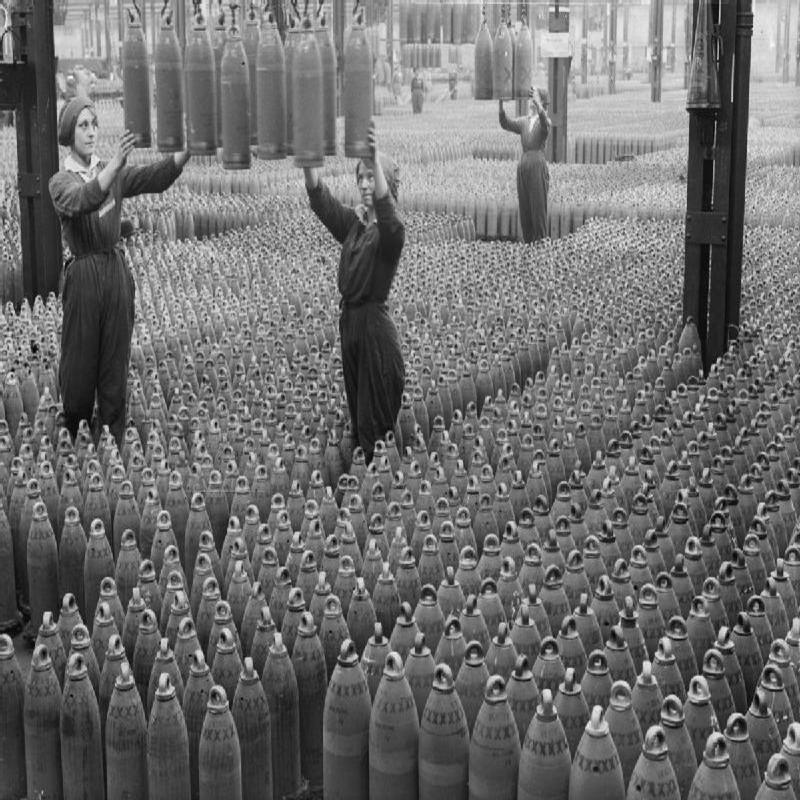 In July 1918, an explosion in the mixing plant utterly destroyed the Shell Filling Plant at Chilwell in Nottinghamshire. Chilwell was one of the largest such factories in the country employing more than 10,000 mostly female workers of whom 135 were killed and more than 250 severely injured. Such was the magnitude of the explosion that body parts were blown high into the air and were still being recovered from nearby fields, weeks later.
The Authorities who had already taken precautions against such accidents reoccurring now took measures to prevent then being reported. National newspapers were barred from providing the detail of such incidents while the local press was instructed to not repeat rumour, gossip or publish first-hand accounts.
At Chilwell the factory was constructed in a hollow in the ground so that any explosion would be shrouded by surrounding hills and would not greatly impact upon the local area. The tragedy at Chilwell then was little known about at the time and its victims were quietly buried in unmarked graves. More worrying for the Authorities was the rumour that the Chilwell explosion had been a deliberate act of sabotage either by German Fifth Columnists or a disgruntled worker. Lord Chetwynd upon whose land the factory had been built even suggested a suspect but the subsequent Scotland Yard Inquiry was conveniently brushed under the carpet.
The sacrifice of women on the Home Front during World War One not just in munitions work but elsewhere and resulted in the loss of almost a thousand lives was to have a profound effect not just on the outcome of the war itself but on post-Edwardian British society, and neither the traditional role of women in that society nor the country itself would ever be the same again.
Tagged as: Modern, Women
Share this post: