Posted on 30th January 2021
She was born in 1462, the illegitimate daughter of Galeazzo Maria Sforza, Duke of Milan and Lucrezia Landriani the wife of a courtier yet despite her illegitimacy Caterina was neither spurned by her father nor kept out of sight but was instead raised openly in the Ducal Court. It was unusual for an illegitimate child to be so brazenly embraced by her family and even more so to then receive a classical education. Even if it was largely wasted on the vibrant, young Caterina who had little interest in book-learning and much preferred to hunt, ride horses, and play with boys. Indeed, she was pretty much allowed to do as she pleased up to a point, and that point was her value in the marriage bed, and at the age of fifteen she was married to Girolamo Riario, ten years her senior.
The Riario family had great wealth but had only recently risen to prominence on the back of their Papal connections which they exploited mercilessly buying influence and rising on the coat tails of others. They were as a result deeply unpopular, as parvenus often are. 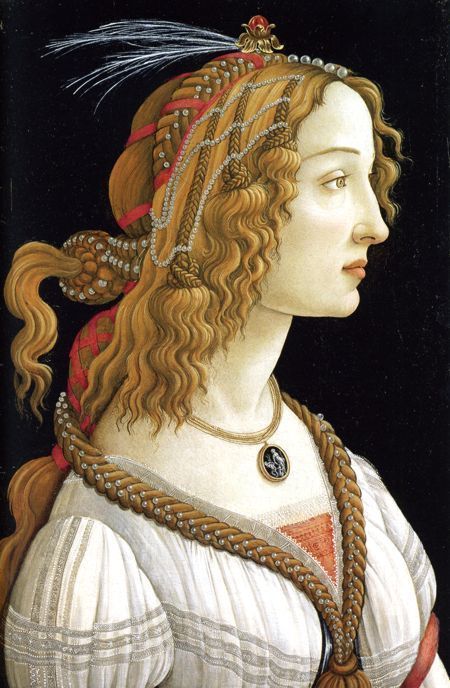 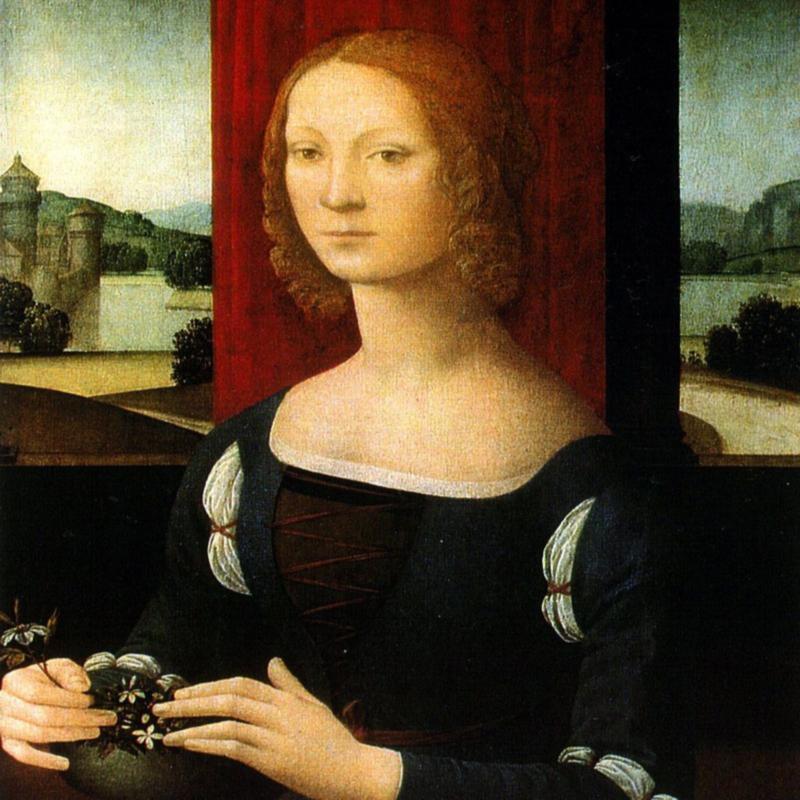 Now the Lady of Imola, Caterina settled easily into life as a woman of substance taking great care not only to preserve her aura of power but also over her appearance as her surviving beauty book tells us:
She was very concerned to preserve her teeth going to great lengths to keep them clean and bathed regularly sprinkling her body with rose water and perfumes. She also applied lotions of herbs and sulphur to maintain the fairness of her famous long blonde hair, and creams to highlight the whiteness of her skin.
There was little doubt that she enjoyed and appreciated her femininity but never at the expense of the rough and tumble of life that had been her great love since childhood and she was never happier than out riding, hunting, and hawking.
The sharp contrasts of her physical being were equally reflected in her personality.
She was an extrovert who talked loud and often who was both amiable and charming when she chose to be but could also be foul-mouthed and coarse. Excitable when crossed, her confrontations with people would often become physical and few who argued with her ever forgot the experience. The epitome of a Renaissance Prince she was not and her gender allied with a violent temper sat uncomfortably together. They provided the fuel to her enemies who accused her of having a boundless sexual appetite and of being a predatory virago who took and abandoned lovers with impunity. The rumour soon spread that she had married her long-time lover the low-born Giacomo Feo. It seems unlikely that she would have done so because she had no intention of relinquishing control of her territories and certainly not to a man of no background but it is possible that she agreed to some informal ceremony to placate him.
Her relationship with Feo greatly worried her own family and the rumour of their marriage was likely a result of these concerns for as his influence over Caterina increased so did his power and though he may not have been a Duke he behaved and acted as if he were - his arrogance was not easily endured by those aware of his background. Curt and rude towards Caterina’s relatives his off-hand manner led them to believe they were to be disinherited. It was to lead to his undoing.
On 27 August 1495, Caterina and Giacomo Feo were returning with their entourage from an enjoyable but exhausting days hunting when Giacomo was taken to one side attacked, dragged to the ground and stabbed to death, His clothes were then stripped from his body and his genitals severed.
The brutality of the murder shocked Caterina and she reacted with fury, this time there was to be no restraint and no recourse to the Law Courts as the assassins were arrested and executed on the spot. Their wives and children were then rounded up before being lowered into a well where they either drowned or were left to die an agonisingly slow death. When one victim fell to his knees and begged her for mercy she told him - let vengeance rule, not pity. I shall let the dogs tear you to pieces – fortunately the recipient of her words later escaped his captivity.
On 25 July 1492, Pope Innocent VIII died, despite the hostility of the old Pope towards Caterina and her family she had largely been left alone to rule her territories without interference from Rome.

All this was to change with the election of the unscrupulous and corrupt but politically astute Spaniard Rodrigo Borgia as Pope Alexander VI. He was determined to make his own family the most powerful in Christendom way beyond his own tenure as Pope and in his son Cesare he had the perfect foil for doing so.
Cesare Borgia, whom his father had ordained in the Church aged just 15 and appointed a Cardinal a mere three years later was violent, quick-tempered, insanely jealous, utterly ruthless, and the most feared man in Italy. It was rumoured that he had murdered his more favoured brother to gain control of the Papal Army and to become the fulcrum of his father’s ambitions. If so, he succeeded, for Pope Alexander now assigned him the task of carving out a Kingdom for the Borgia family in Northern Italy.
Meanwhile, in 1497, Caterina married Giovanni de Medici whose family had ruled Florence until being deposed in November 1494. He was only a minor Medici but the name remained a powerful one and their wealth undiminished; but for many Italians the Medici name was toxic, they were after all a family of upstart bankers and money-lenders who had bribed and intimidated their way into power. So despite being genuinely attracted to the handsome and dashing Giovanni, Caterina thought it best to keep the wedding secret even though it was impossible to keep anything the Medici did secret for very long, and it was evident to anyone who saw them together that if they were not married they were at the very least lovers.
Neither Forli nor Imola were among the strongest of the City States but they were strategically important straddling as they did the main route between Florence and Venice.
Caterina was aware that her territories were being eyed greedily but she remained confident that with her husband at her side she could successfully defend and retain them but on 14 September 1498. Giovanni died following a short illness. Caterina was distraught but she had little time to grieve with the vultures hovering, and none more so than Cesare Borgia.
She took personal control of her army and appealed directly to her powerful relatives in Milan and Florence for assistance but little was forthcoming. Even so, she managed to out-manoeuvre a Venetian army that had sought to capture Imola but had not been able to prevent them from pillaging and destroying much of the surrounding countryside losing her the support of many of her people. Unable to force Caterina to battle the Venetians withdrew but it was to prove only a temporary reprieve.
On 9 March 1499, Pope Alexander issued a Papal Bull invalidating the rule of the feudal lords, including Caterina. She was now effectively a usurper and if she would not willingly yield her lands, and she would not, then they would be taken from her by force.
In the late spring, King Louis XII of France invaded Italy to secure his claim to Milan, and Alexander’s reasons for issuing the Papal Bull of March now became clear. He intended to ally himself with King Louis whose assistance he needed for Cesare to conquer the Romagna.
Milan quickly fell to Louis’s army and Caterina’s constant support, her beloved uncle Ludovico Sforza was imprisoned. She was now friendless and alone but remained determined to fight on.
Ever since she had learned of the Pope’s intentions to depose her Caterina had been plotting his death. She had written a series of letters to the Holy Father saying that she sought only peace and wished to negotiate an end to the impasse but the conciliatory words did not reflect the letters true intention for she had them placed in cloth that had earlier been wrapped around the corpse of a plague victim. The Borgia’s, well-versed in the art of poison, were suspicious of anything they received from those known to be enemies and under torture the courier who delivered the toxic letters revealed the details of the plot.. 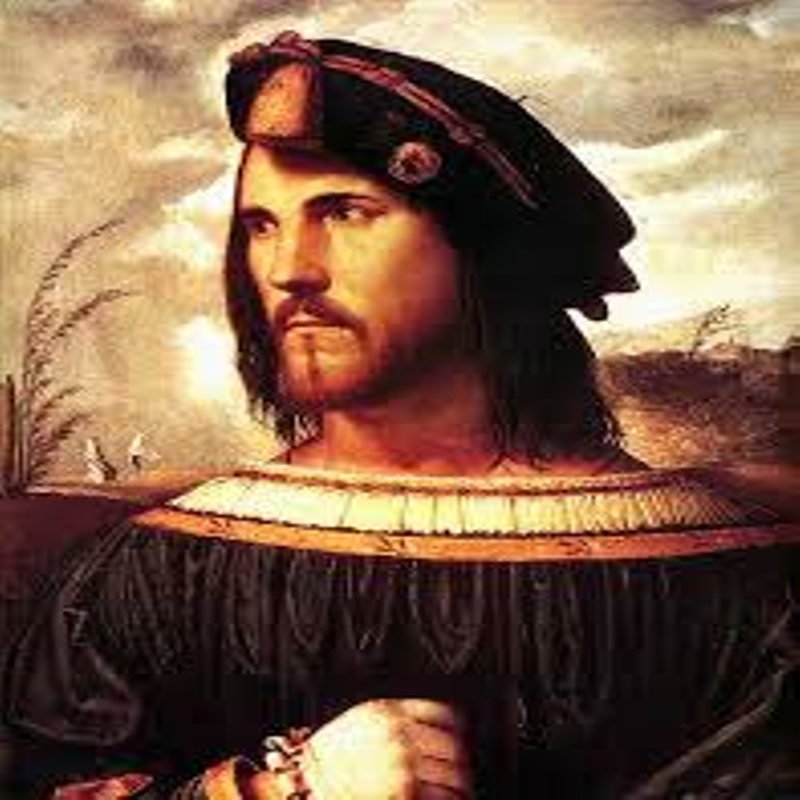