Posted on 15th February 2021
On 1 January 1651, the twenty two year old Charles Stuart, eldest son of the executed King Charles I and heir to the English Throne was crowned King of Scotland at Scone. The previously exiled Charles had in fact been declared King by the Scots in February 1649, just a week after his father’s death but it had taken two years of painful negotiation to make it a reality.
Much to his irritation he’d had to sign the Solemn League and Covenant which authorised Presbyterian Church governance throughout the Island of Britain. This was the same Covenant that his father had refused to sign and as a result the Scot’s had allied with the forces of Parliament thereby guaranteeing his defeat in the Civil War. 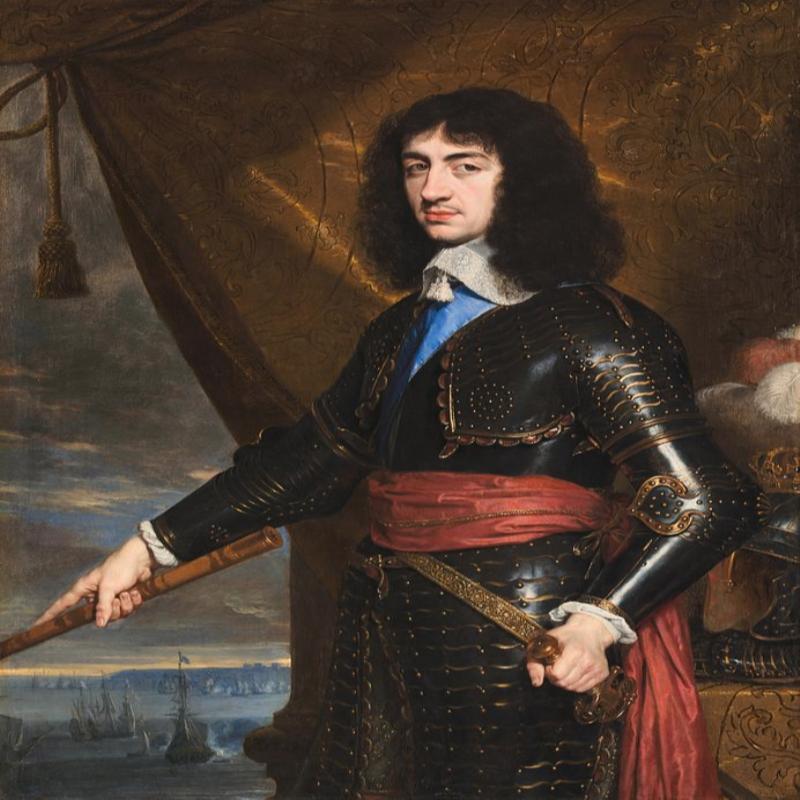 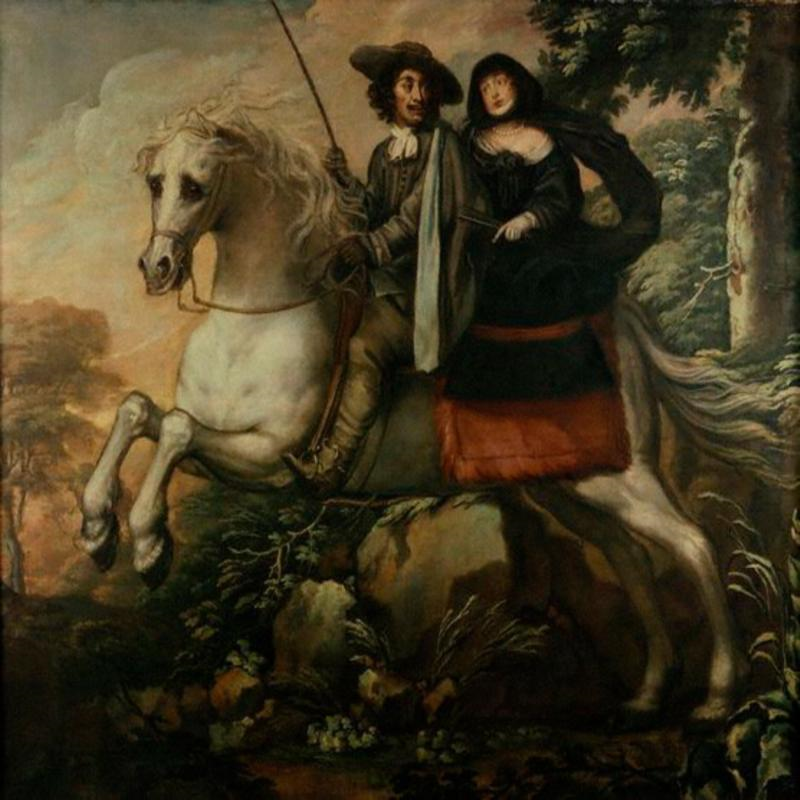 As a servant Charles was made to walk most of the way but he did occasionally get to ride with Jane on her horse, something he no doubt enjoyed. Travelling with them were Jane’s sister Withy Petrie, her husband John, and a Royalist Officer Henry Lascelles.
Lord Wilmott, who was also present refused a disguise saying that he was no common man and would not dress as such, or affect the mannerisms and language of such. Therefore, it was decided that he should ride a mile ahead of the party and act as a decoy. If he was stopped he was to say that he was out hunting.
During the journey Jane’s horse lost a shoe and as her servant Charles was obliged to go to a blacksmith to get it re-shod. Feigning a common accent Charles engaged the blacksmith in conversation. He later related the story to the diarist Samuel Pepys:
“As I was holding my horse’s foot I asked the smith what news? He told me that there was no news he was aware of, since the beating of those rogues the Scots. I asked if there was none of the English taken who had joined with the Scots. He answered that he did not know if that rogue Charles Stuart were taken but some of the others were, he said. I told him that if that rogue Charles Stuart were taken he should be hanged. I talked as an honest person does, and we parted.”
Charles was to acquire a taste for this sort of banter even discussing what should be done with the rogue Charles Stuart with Parliamentary soldiers in local taverns. While such daring may have amused the future King of England it did nothing for the already shredded nerves of his companions.
Charles and his party were heading for Bristol in the hope of finding a ship to take them to France. On the way they stayed over at the home of the Norton family who were old friends of Jane’s. They did not however share either her politics or her loyalties so Charles’s true identity was kept secret from them but they became suspicious of this servant who was so tall, spoke so little, and appeared so grand.
Charles recognised one of the Norton’s servants to have been a member of his personal bodyguard at Worcester and so to allay any suspicions he boldly asked the servant to describe the King’s appearance. The servant paused for a moment before replying, “He is at least three fingers taller than you.”
Unable to take ship from Bristol, Charles and his party now headed south.
On 16 September, Charles and Lady Jane travelled to Castle Cary before moving onto Trent House the home of Colonel Francis Wyndham, another Royalist Officer. It was while at Trent House that he witnessed the bizarre spectacle of the local villagers celebrating the reported capture and execution of Charles Stuart. He was eager to join in but was instead persuaded to lie low. In the meantime, Wilmott and Wyndham had been to the ports of Weymouth and Lyme Regis to try and negotiate a passage to the Continent.
On 22 September, Charles narrowly escaped capture when travelling with Jane’s young niece they encountered a company of Parliamentary troops. Questioned as to their identity they posed as a runaway couple and were released but the troops had obviously been tipped off for they soon returned and as they began to close in Jane’s niece, very scared, began to cry. Charles managed to calm his young companion down and they managed to evade capture by moving from hedgerow to hedgerow, sometimes when the troops were almost upon them.
Despite this lucky escape it was becoming increasingly evident that the refugee King would not remain at liberty for much longer. 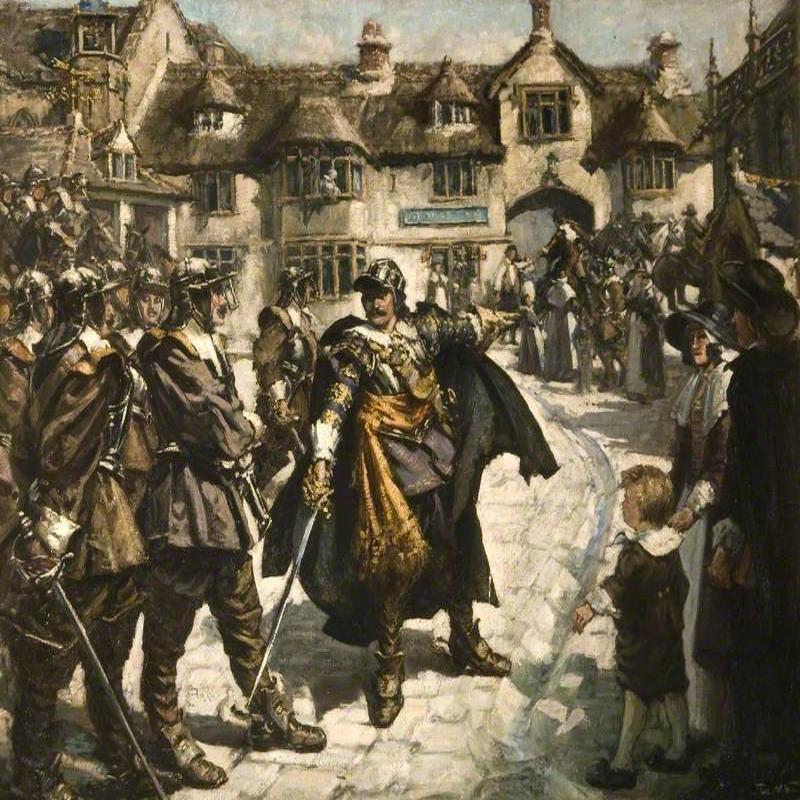 The following night Charles and his party stayed at the George Inn. Late in the evening the local Constable with forty troopers arrived with orders to search the premises. It had been reported that the Rogue Charles Stuart was hiding nearby. As luck would have it in all the excitement a pregnant young woman went into labour. In the ensuing confusion Charles and his companions made good their escape but the noose was becoming ever tighter. I t was also clear that someone was betraying them.
Finally, on 7 October a deal was struck with Captain Nicholas Tattersall of the Surprise sailing out of Shoreham to take certain anonymous people to France for a fee of £80.
Charles immediately set out for Shoreham where he again stayed at a tavern called the George Inn. Here he met Captain Tattersall and it was during their discussion that the Innkeeper recognising the heir to the throne fell to his knees in supplication. This act spontaneous of deference did not in any way diminish his business sense however and upon realising who his anonymous passenger was he immediately demanded a fee of £200. The money was only found with great difficulty and even then the plan was almost scuppered when Tattersall’s wife realising what he intended to do and fearing for his life, locked him in his room.
At last on 15 October, Charles, Lord Wilmott, and a number of others set sail for France. As expected, the incident at the Inn had been reported and just two hours after they had departed for France a company of troopers arrived to arrest them.
Nine years later on 29 May 1660, the day of his thirtieth birthday, Charles Stuart crossed from the Netherlands on another ship once the Naseby now renamed the Royal Charles in his honour and returned to London as King of England. In the end he had received the Crown from a Parliament that had once hunted him like a wild beast.
The languid and always affable King Charles II never forgot the people who had put their own lives at risk to save his, and they were all amply rewarded. He had also acquired during his time on the run a healthy respect for the courage and dignity of the common man.
Tagged as: Monarchy, Tudor & Stuart
Share this post: