City of Benares: Murder of the Innocents

Posted on 14th September 2021
It had been estimated that any sustained aerial bombardment of Britain could cost up to 3 million lives and for that reason since September 1939, and the declaration of war on Germany the evacuation of children from the major cities and those areas most likely to be subject to attack had been underway.
It was to prove almost impossible in its scale, a logistical nightmare both controversial in its implementation and traumatic for the families concerned. 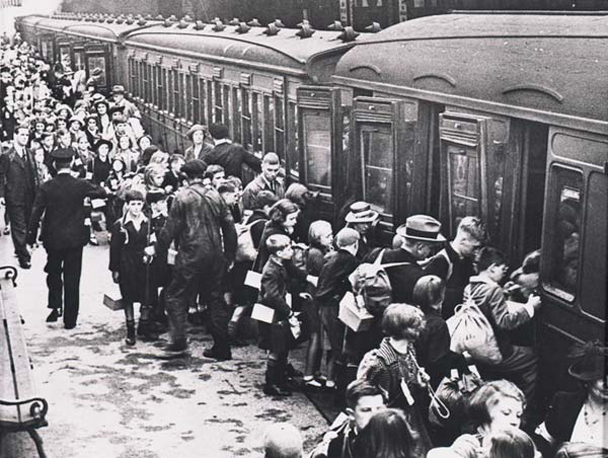 With the surrender of France on 17 June 1940, the threat of German Bombers in the skies over Britain in massive numbers had become a reality and the need to evacuate as many children as quickly as possible and provide adequate shelters for those who remained had become a priority.
The Commonwealth countries of Australia, New Zealand, Canada, and South Africa now offered to provide a safe haven to children whose parents were willing to let them make the journey, though South Africa had stipulated – No Jews!
Prime Minister Winston Churchill was disinclined to accept the offer believing that such a move could only be negative at best and defeatist at worst and would indeed be viewed as providing aid and comfort to the enemy. But with Britain now fighting alone and likely to be under siege his Cabinet thought otherwise and on the same day that France capitulated, the Children’s Overseas Reception Board, or CORB was established to organise and oversee the transportation of children abroad.
The sea journey, particularly across the Atlantic was not only perilous but too expensive for most families and so the fare would be paid by the Government with preference given to those children considered to be in the most immediate danger.
As soon as the Overseas Evacuation Programme was announced on 20 June long queues began to form at the CORB offices based at Thomas Cook’s in Piccadilly and in the first two weeks alone they were to receive 211,448 applications.
Indeed, so overwhelmed were they by the interest that on 4 July the scheme was temporarily suspended whilst the potential dangers of undertaking such a journey were explained – the unpredictability of the weather, the possibility of attack by U-Boat, and the fact an escort could not be guaranteed. The anxiety this caused was to see the rate of applications decrease though the numbers remained high.. 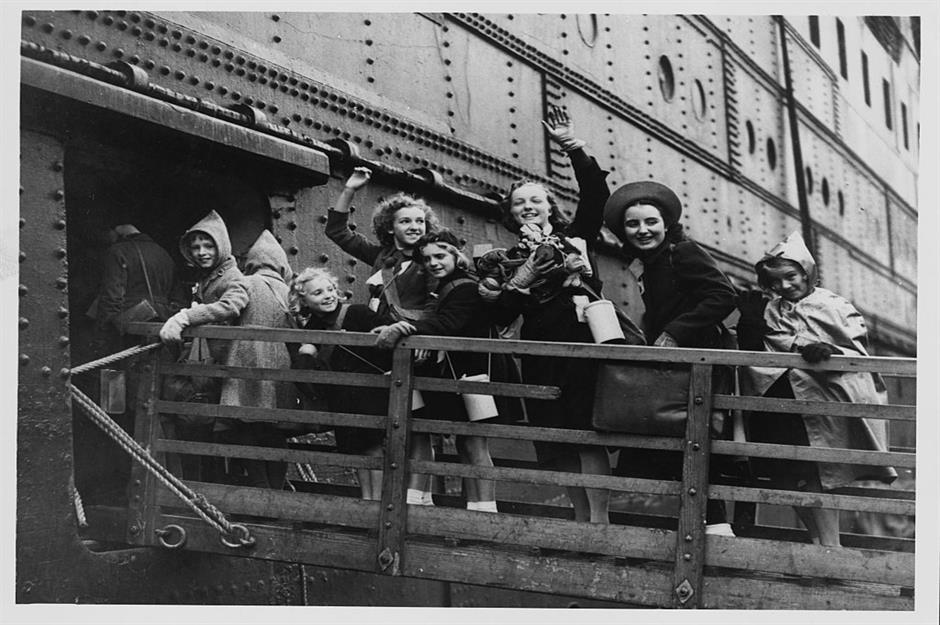 The scheme soon resumed and on 21 July 1940, the SS Anselm left Liverpool bound for Canada with 82 CORB children aboard arriving safely in Halifax a week later. Over the next seven weeks a further 15 liners and transports with CORB children aboard set sail from various ports. So far the programme appeared to be running smoothly but on 30 August the SS Volendam with 320 children on board was torpedoed and sunk.
All the children had been rescued but the incident was the cause of concern and some now began to express doubts that unable to guarantee their security children should be placed in such positions of danger.
On 13 September 1940, as the Battle of Britain neared its climax, the SS City of Benares as part of Convoy OB-213 set sail from Liverpool on its journey to Quebec.
Prior to its sailing the 90 children aboard, aged between 5 and 16 years old, crammed onto its decks to serenade their anxious parents with a rousing rendition of ‘Wish me luck as you wave me goodbye.
’
On 17 September, five days into the sailing with a number of the escorts having been suddenly called away and the Convoy dispersed by bad weather the SS City of Benares was struck by a torpedo fired from U-48 commanded by Captain Heinrich Bleichrodt, two others had earlier missed.
The torpedo exploded near the stern of the ship beneath the cabins where most of the children were sleeping. It was reported that two children at least were killed in the initial blast whilst many others were trapped by the onrushing water.
In a Force 8 Gale, Captain Landles Nicoll was reluctant to order abandon ship but with the City of Benares settling fast he had little choice but in the high winds and heavy seas some of the lifeboats were smashed to smithereens on the side of the ship as they were lowered. Others were so swamped with water they sank almost immediately.
Great efforts were made to rescue as many of the children as possible but they had only 30 minutes in which to do so as the horrendous weather hampered attempts to keep the City of Benares afloat.
Just before the final lifeboats were lowered Captain Landles sent one of the Indian Lascar crew to check once more that there were no children still below decks in their quarters. He reported back that it was badly smashed up, the water was already above his waist, and in the darkness it was difficult to see but that when he shouted he received no response.
It appeared that most of the children had managed to abandon ship but the prospects of survival in waterlogged open boats in the midst of an Atlantic storm were slim. And so it proved.
Adult survivors would later report how they had clung onto the children for as long as possible and until they were certain they were dead before releasing them into a watery grave, others slipping from their grasp slid from the boats and drowned. 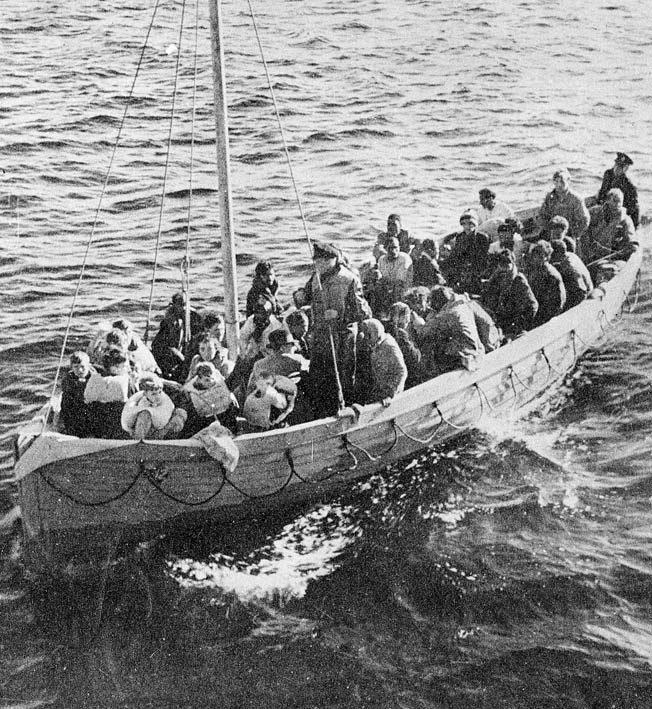 The first survivors were not picked up for 24 hours, the last not until 8 days later.
Of the 407 people aboard the City of Benares 260 died including 77 of 90 children most of them from exposure.
Some 20 families lost 2 children or more, the Grimond family lost 5.
The sinking of the City of Benares and death of so many children was to be the cause of great trauma with the Germans responsible described as savages. They in turn accused the British Government of being criminally negligent in deliberately sending children into an active war-zone. Either way, it was to bring to an end the CORB programme of evacuation.
On 21 September, just as news of the fate of the City of Benares was becoming known the SS Nova Scotia set sail from Liverpool with 29 CORB children aboard – they were to be the last to leave.
By the time the CORB programme was formally abandoned on 3 October 1940, 2,664 children had been safely evacuated, a tiny percentage of the 236,000 who had registered.
The wealthy continued to pay for the passage of their children abroad and some 20,000 were to be successfully relocated this way but for most it simply wasn’t worth the risk. They would rather share the danger of war with their children than abandon them to a fate which they could neither influence nor control.
Postscript:
Captain Bleichrodt was later to be charged with War Crimes but was cleared on the grounds that he could not have known, nor conceivably be expected to know that were children aboard the City of Benares.
And many of the crew of U-48 were to express their sorrow and regret that this had indeed been the case.
Tagged as: Modern, War
Share this post: