Posted on 29th December 2020
On 4 July 1889, Police Constable Luke Hanks was summoned to investigate a reported theft at the Central Telegraph Office, an imposing multi-storied building located at the corner of Newgate Street and St Martin’s Le Grand in East Central London not far from St Paul’s Cathedral. It should have been a routine inquiry, the Telegraph Office employed hundreds of young men as messenger boys so reports of theft or other such like criminal activity was not uncommon but this time it would lead to an arrest and more.
Constable Hanks questioned a number of the telegraph boys one of whom by the name of Thomas Swinscow was found to have 18 shillings on his possession. This was an extraordinary amount of money for a boy of his age and the equivalent of more than three weeks wages. It was also against company policy for the boys to carry any money on their person let alone such a large amount. Hanks immediately suspected Swinscow of the theft and brought him in for further questioning.
Swinscow was clearly nervous and evasive when questioned but he vehemently denied any involvement in the theft. It was only when it appeared that he was about to be charged with the crime that he owned up to where the money had come from. He had not stolen the money, he said, but had earned it working as a prostitute. 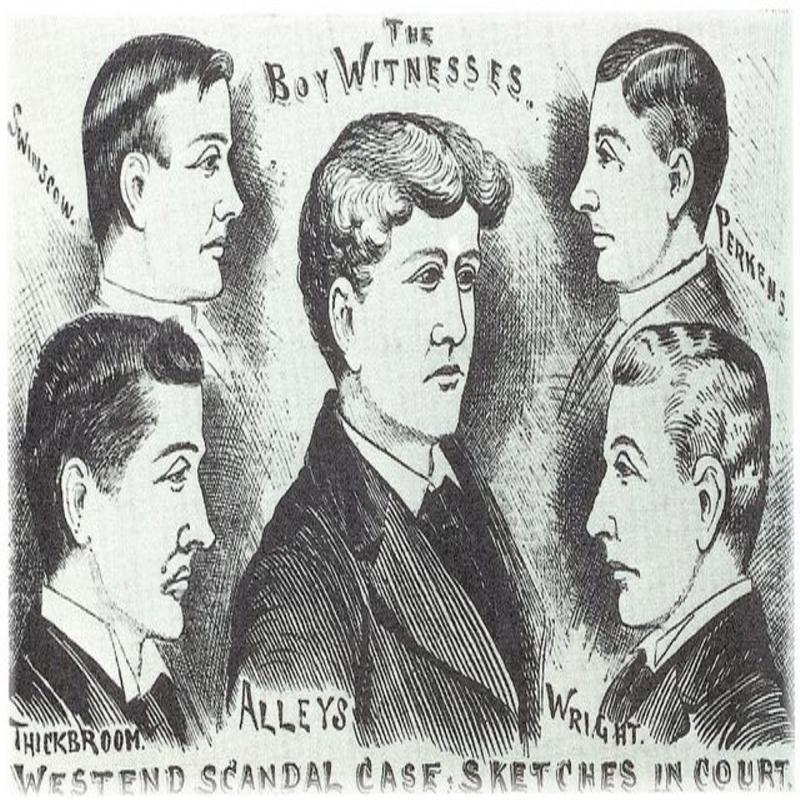 His employer he told the police was Charles Hammond who ran a male brothel at 19 Cleveland Street in plush Fitzrovia. He had been encouraged to sell his body for sex by Charles Newlove, an eighteen year old post office clerk who along with two other telegraph boys, George Wright and Ernest Thickbroom worked out of the brothel. It seems the large number of boys and young men employed at the Telegraph Office made it fertile hunting ground for the homosexual underworld and a recruitment centre for those engaged in illicit activity of which there was a great deal. London had no shortage of brothels and just about every sexual preference was catered for not that this made society any more tolerant of their existence and where a blind eye could no longer be turned they would be prosecuted.
Homosexual encounters between men, consenting or not, in private or not, had been outlawed by the Criminal Law Amendment Act of 1885 and could be punished by up two years in prison with hard labour. This was the law under which Oscar Wilde would be prosecuted ten years later and then as now whereas a casual sexual encounter could be excused as an aberration or the result of poor judgement a brothel was another matter.
The case then was handed to Detective-Inspector Frederick Abberline who had been prominent in the Jack the Ripper investigation of the previous year. Like most of those involved in that particular case the failure to bring the notorious serial killer to justice did little for his reputation.
On 6 July he visited the premises at Cleveland Street with warrants for the arrest of Hammond and Newlove but neither man was present and there was evidence that both may have left in some haste but if this was an attempt on their part to escape justice then their choice of hiding place left something to be desired. Hammond fled to his brother’s house in Gravesend while Newlove was soon after arrested at his mother’s house in Camden Town.
On the journey to the Police Station Newlove revealed to Inspector Abberline the names of some of those who attended the brothel among whom were not only a number of military men but Lord Arthur Somerset and Henry Fitzroy, Earl of Euston. The moment Newlove made his declaration the Cleveland Street brothel ceased to be the uncovering of a crime and became instead a scandal and how best to suppress it. If Somerset and Euston were indeed paying the young men of the labouring poor for sex then how many others of the ruling elite may be implicated? The issue of the social divide was almost as scandalous as the perverted sex and Lord Arthur was an equerry to the Prince of Wales for goodness sake!
Further investigations uncovered the brothels client list and it was said the police were shocked at some of the names that appeared on it. Besides those of Somerset and Euston there were prominent businessmen, two Members of Parliament and rumours soon began to spread that Prince Albert Victor, Duke of Clarence, the eldest son of the Prince of Wales and heir presumptive to the throne, had also been a regular visitor to Cleveland Street.
The client list soon mysteriously disappeared but despite an embargo on the facts the rumours would not go away. 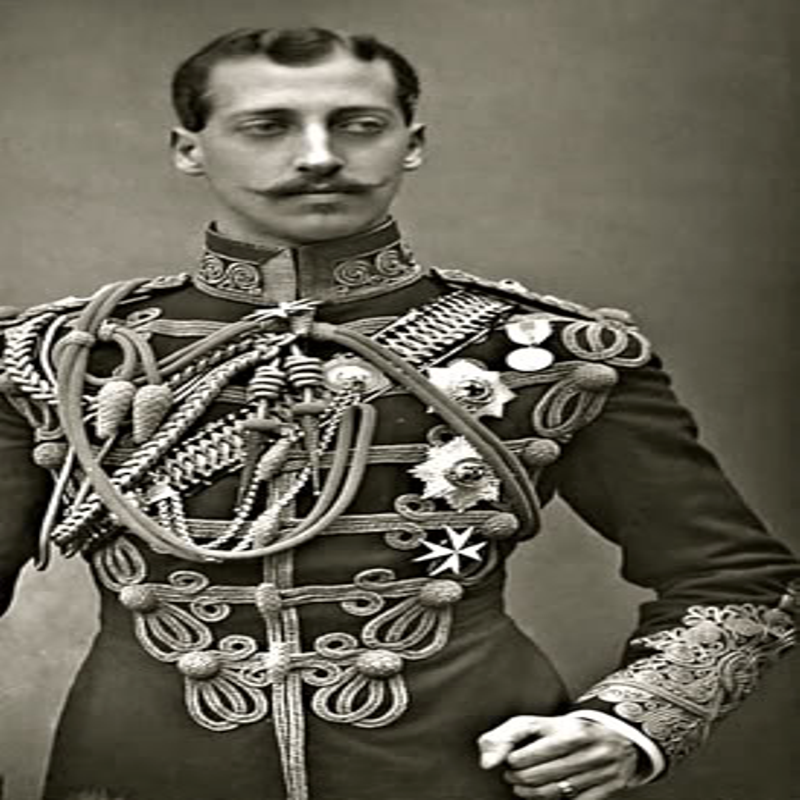 There is little doubt that Prince Albert Victor was different, just how different depends on which account you are willing to believe. Certainly aspects of his life have been exaggerated but no more than the facts have been obscured. Some describe him as being a little distant or of having a child-like demeanour; others that he was merely friendly and easy going.
He did however seem to enjoy the seamier side of life.
He was known to have associated with what were euphemistically termed "theatrical types" during his time at Cambridge University and was known to attend transvestite clubs and cross-dressing parties. Later he was to frequent the East End of London enjoying the Music Hall and it would also emerge that he was being blackmailed by two female prostitutes.
Many years after the event he would be implicated in the Jack the Ripper murders but people it seems have always wanted to associate him with some sort of wrongdoing or other. Why, was it because of similarities he shared with his libertine father or because he was so different to his frighteningly sober and dull younger brother, George? When he died a victim of the flu pandemic (though he had earlier been diagnosed with venereal disease) in January 1892 he was greatly mourned. Nonetheless, it was a convenient death and some at least breathed a sigh of relief.
Following his death at the request of the Prince of Wales his personal papers were destroyed.
A clash now occurred between policemen wanting to do their job and those in positions of authority wanting to prevent them.
On 19 August, a warrant was issued for the arrest of George Veck, an associate of Charles Hammond who had been fired from his position at the Central Telegraph Office for improper conduct with boys. He had also often posed as a clergyman to lure young boys to the brothel in Cleveland Street. When he returned to Portsmouth from the Continent he found the police waiting for him. On his person were letters that implicated a man named Algernon Allies who under questioning admitted to being paid to have sex with Lord Somerset.
Somerset was subsequently called in for questioning but there was no question of detaining him and upon his release he took ship for the Continent.
On 1 September, Newlove and Veck went on trial charged with gross indecency, the significance of the case indicated by their Defence Counsel Arthur Newton, Lord Somerset's own solicitor. Newton was an experienced and wily lawyer who knew full well that it would be the fall-out from any scandal that would preoccupy the Authorities not the prosecution of the accused. So he let it be known that there were people who were willing to testify that the Duke of Clarence had frequented the brothel, and that he would if necessary call them to the witness stand.
Inspector Abberline was to write to a colleague:
“I’m told that Newton has boasted that if we go on then a very distinguished person will become involved (PAV).”
The Cleveland Street Scandal as it soon became known was being reported daily in the newspapers but it was what they weren’t writing that was the source of gossip. It was a deafening silence.
The Prince of Wales now intervened to ensure that the rumours involving his son went no further and the Courts hastened to conclude the case as quickly as possible. Both Charles Newlove and George Veck were given relatively light sentences of 9 and 4 months respectively after pleading guilty. Likewise, the boys involved were given the minimum punishment though they did lose their jobs.
It appeared that Newton's threat to escalate the scandal had worked.
Lord Somerset, who had since returned to England, was advised by Newton that the possibility of his arrest was a real one and that he should return to the Continent at once.In the meantime, the Prime Minister Lord Salisbury intervened to ensure that no extradition warrant was issued. He also acted to ensure that the case against the brothels owner Charles Hammond was quietly dropped. 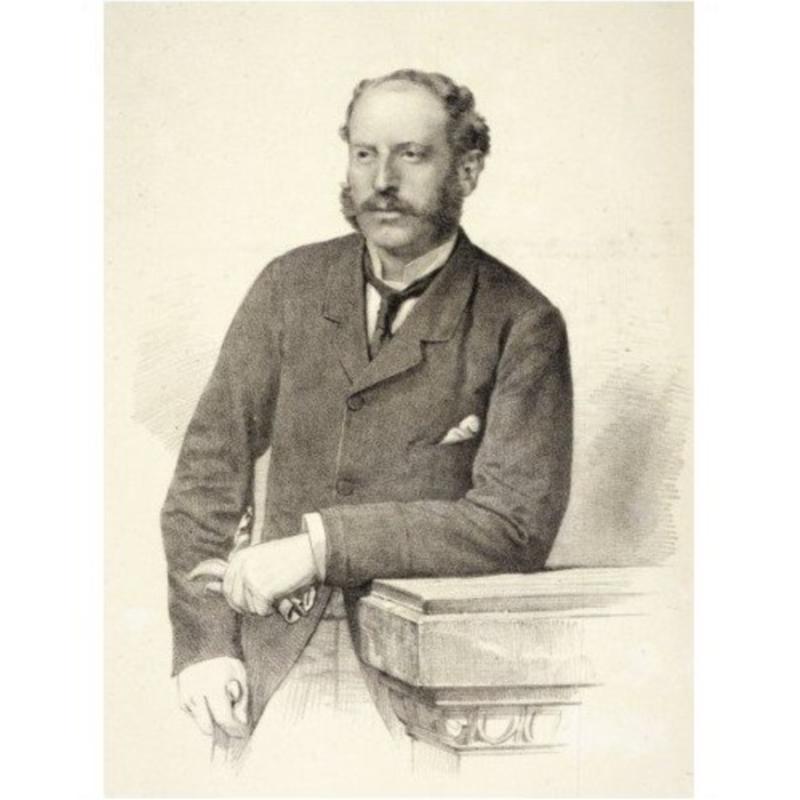 Lord Somerset later returned to England to attend his mother's funeral. Hearing of this the Commissioner of the Metropolitan Police Sir James Monro demanded that he be arrested and the Chancellor Lord Halsbury had to intervene to block an arrest warrant from being issued.
Despite the Chancellor's intervention the Government was coming under increasing pressure to act. Finally, on 12 November papers were filed for the arrest of Lord Somerset. Prior to this however Somerset had been warned to flee by the Prime Minister himself. By the time the warrant was issued he was again safely abroad.
Despite reporting the scandal the mainstream press had remained largely deferential in tone. It was the Editor of the North London Press, Ernest Parke, who raked the dirt and shredded the nerves of the Establishment. He suggested that the Cleveland Street Brothel had been run specifically for the benefit of the ruling elite. That it allowed them to pursue their personal perversions whilst pretending to maintain the highest moral standards at home.
He also questioned the lenient sentences passed on Newlove and Veck, and demanded to know why the case against Hammond had been dropped. Receiving only silence in return he now demanded that the brothel’s client list be published and wanted to know why no one else had been prosecuted even though the names of the miscreants were known to the police.
Loathe to name names himself his frustration eventually got the better of him and he pointed the finger at Henry Fitzroy, Earl of Euston.
Fitzroy immediately brought a case of libel against Parke. He was to testify in Court that he had indeed visited the address in Cleveland Street but upon realising it was a house of assignation had left immediately never to return.
On 16 January 1890, Ernest Parke was found guilty of spreading malicious gossip and sentenced to 12 months in prison.
There were questions in the House of course and the Government was accused of fomenting a cover-up but with no one willing to name the Duke of Clarence as the reason why the fall-out from the Cleveland Street Scandal was for the most part contained; but it was to re-emerge five years later during the trials of Oscar Wilde where once again sodomy as it was known at the time was portrayed as an essentially aristocratic vice the purveyors of which used their wealth and privilege to protect them from prosecution for corrupting lower class youth.
Tagged as: Victorian
Share this post: