Posted on 25th January 2021
In 1845, John Louis O’Sullivan, the editor of the New York Morning Post wrote:
The Manifest Destiny of the United States is to overspread and possess the whole of the continent which providence has given us for the development of the great experiment of liberty and federated government entrusted to us.
No doubt such high-flown ideals appealed to some but for most the journey west and the taming of the wilderness simply offered the opportunity for a new and better life.
The regions to be colonised were Oregon and California neither of which at the time were in the possession of the United States. Most of Oregon was governed by the British owned Hudson Bay Company whilst California belonged to Spain, as such the journey West became known as the Emigrant Trail. Regardless of who owned what the popular belief was that the entire continent belonged to America and it was therefore their responsibility to colonise it.
The notion of Manifest Destiny was all well and good and much spoken about but it was personal reasons that drove most who did to embark on the dangerous journey west. 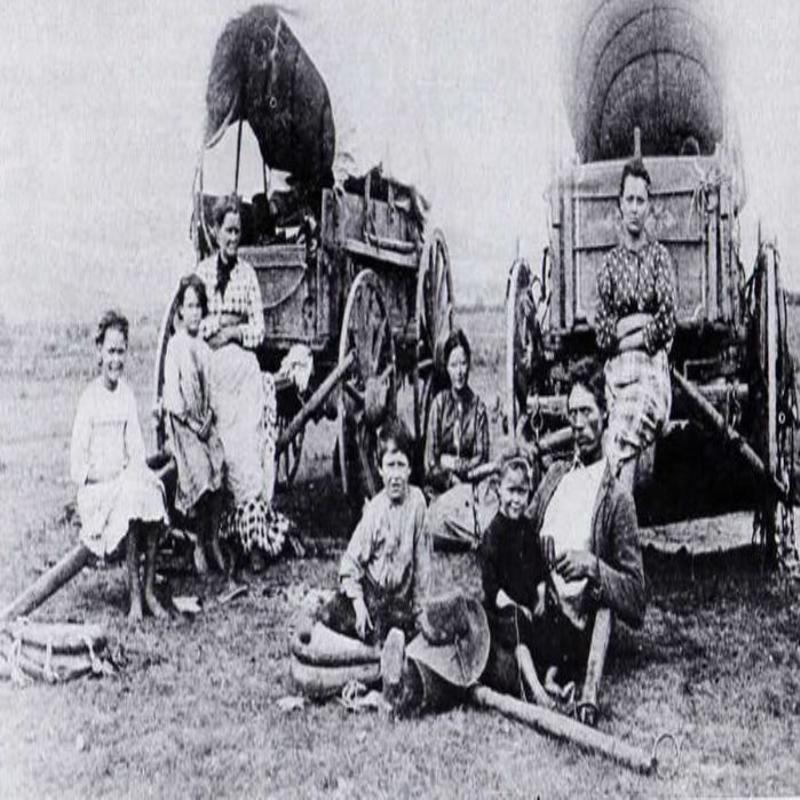 The 1840’s were a time of deep economic recession in the United States and diseases such as typhoid and cholera were rife. The stories being circulated that California was a Garden of Eden, a Land of Milk and Honey where the air was clear, the water clean, game ran free and there was land in abundance just waiting to be settled was attractive to many. It was also a place of escape for those in debt or wanted by the law. As Tamsen Donner wrote: We have some of the best people in our company and some that are not so good.
Ever since the first routes west had been mapped in the 1830’s the trail had become a well-trod and familiar one. The starting point for any journey west was Missouri and from there it followed the line of a series of rivers, the Platte, the Sweetwater, the Bear, and the Snake with Fort Hall, Fort Laramie and Fort Bridger sited along the way as stop-off points.
Despite it being a long and arduous trek most people could be expected to arrive safely. The last 150 miles into California were across the Sierra Nevada Mountains however, which in winter endured heavy snowfall and had peaks that could reach as high as 12,000 feet. To cross the mountain ranges safely was all about the timing and it had to be done before the snows came.
On 14 April, the Reed and Donner families in 9 wagons left Springfield, Illinois on the 2,500 mile trek west. There were 32 people in their party, George Donner, his wife Tamsen and 5 daughters, his brother Jacob, wife Elizabeth and seven children, and James Reed, his wife Margret and four children. There were also various other relatives and employees. They were not people who were being driven west by poverty as was reflected in the many goods they carried with them. For them the trek to California was the fulfilment of a desire to seek something even better, and they were optimistic about the journey. Their optimism appeared to be vindicated when making good time and with little difficulty on 10 May 1846, they arrived at the town of Independence, Missouri. Neither James Reed nor George Donner had known each other prior to the journey but were willing to share the hardships of their joint enterprise, they were however very different men. 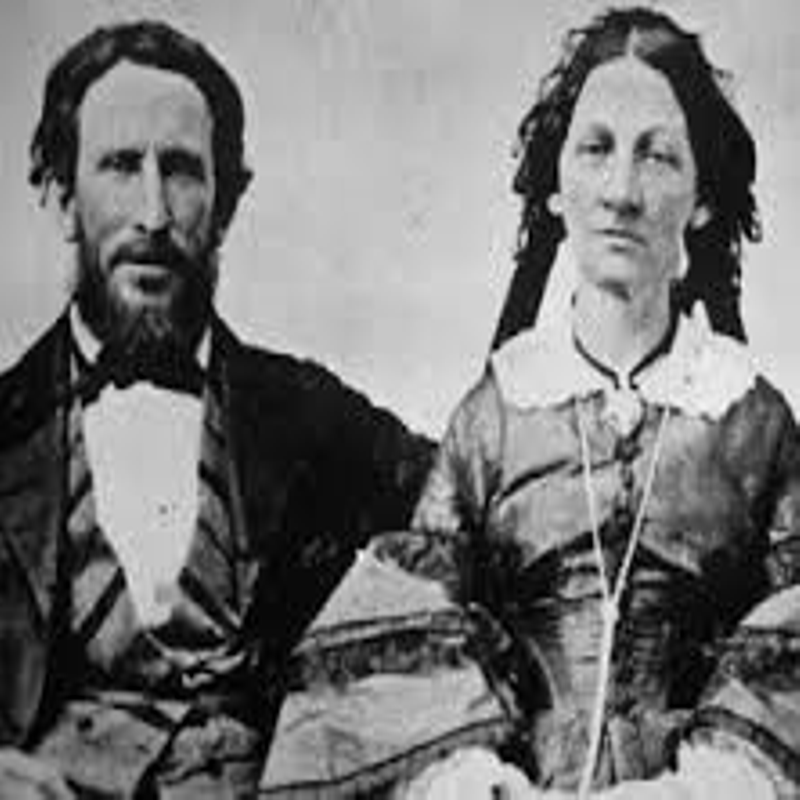 James Frazier Reed was an Irish immigrant who by all accounts had a rather high opinion of himself. Indeed, this was reflected in the wagon he had had specially built for his family which it was said resembled an ornately carved two storey railway carriage that took 8 oxen to pull. He was prosperous having run a number of successful businesses in Illinois and had served briefly in the military during the Black Hawk Indian War of 1832, along with those two future Civil War adversaries Abraham Lincoln and Jefferson Davis, which he seemed to think made him a man of action and a natural leader of men. It wasn’t a view shared by others in the party who found him arrogant and overbearing and when it came to choose a leader he was overlooked in favour of the more amenable George Donner and his younger brother, Jacob. 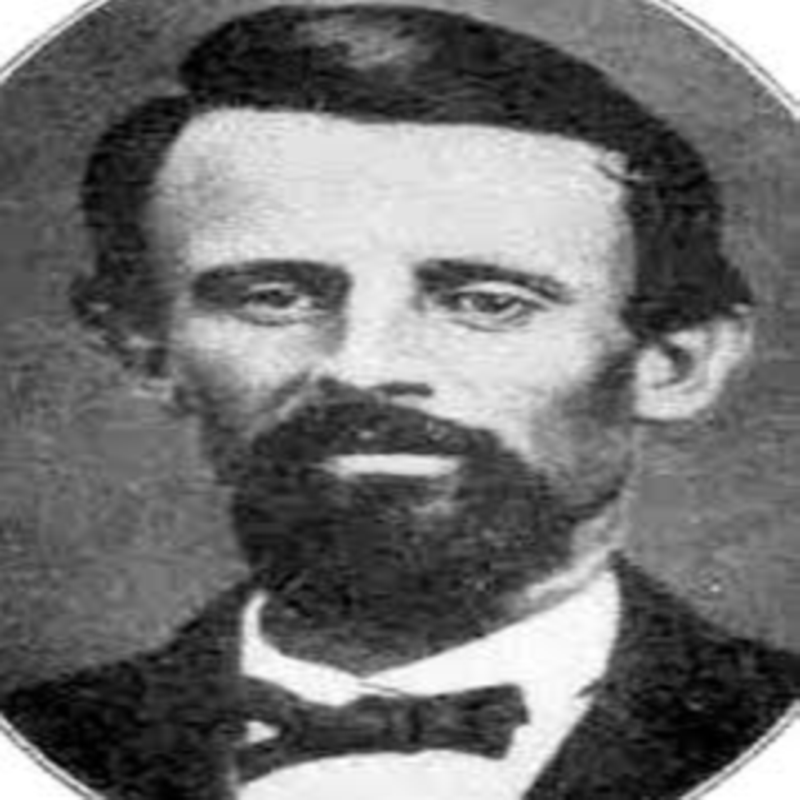 George Donner was a 62 year old farmer from North Carolina who despite being prosperous seemed unable to settle and had already moved many times. He continued to pursue the dream, though it is doubtful whether he could have defined what it was, but he was prepared to emigrate once again to achieve it. Despite the fact that he was much-liked he was to prove himself unable to impose his will upon the party he was to be chosen to lead.
Despite the fact that by the 1840’s the trail to both California and Oregon was a familiar one it still remained arduous and the problem of adequate provision remained a real one, and even if it were tackled correctly and remained relatively trouble free mortality rates were often over 10%. Any possibility of shortening the journey would have great appeal. It would ease the strain on their livestock, be less costly in resources, and increase the survival rate.
Lansford Warren Hastings, an ambitious young lawyer from Mount Vernon, Ohio, had travelled to California four years earlier. He saw California as a place of opportunity and had big dreams of taking it from the Mexicans and establishing it as an independent State, with him as its first President. Desperate to encourage people to travel west and swamp California with Americans making its takeover a fait accompli he published his Emigrants Guide to Oregon and California promoting his so-called Hastings Cut-off, a route that would, he claimed, cut 350 miles from the distance to be journeyed, though at the time of its publication he had not even travelled the route. 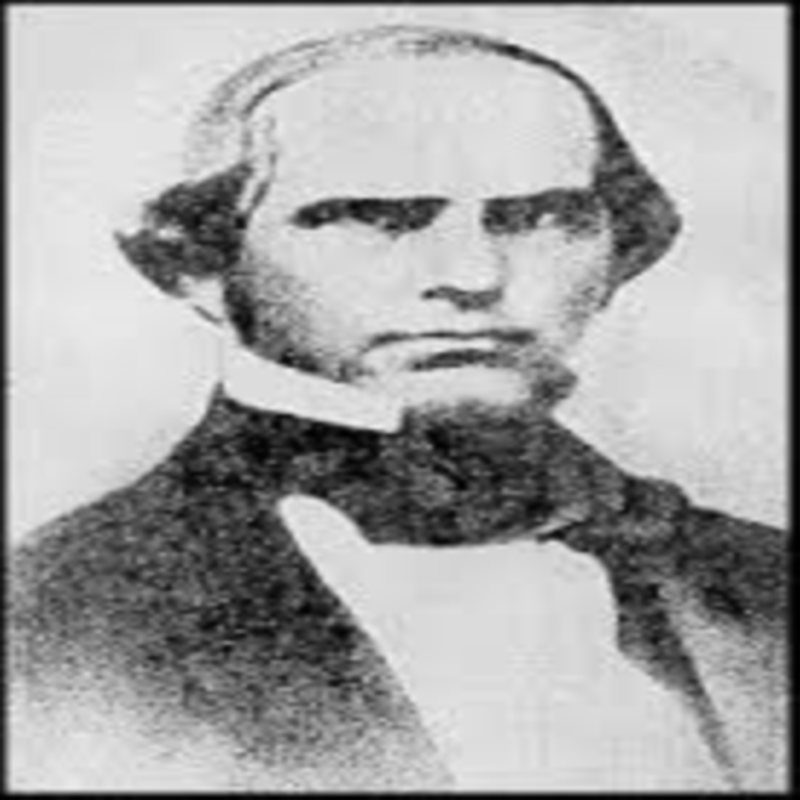 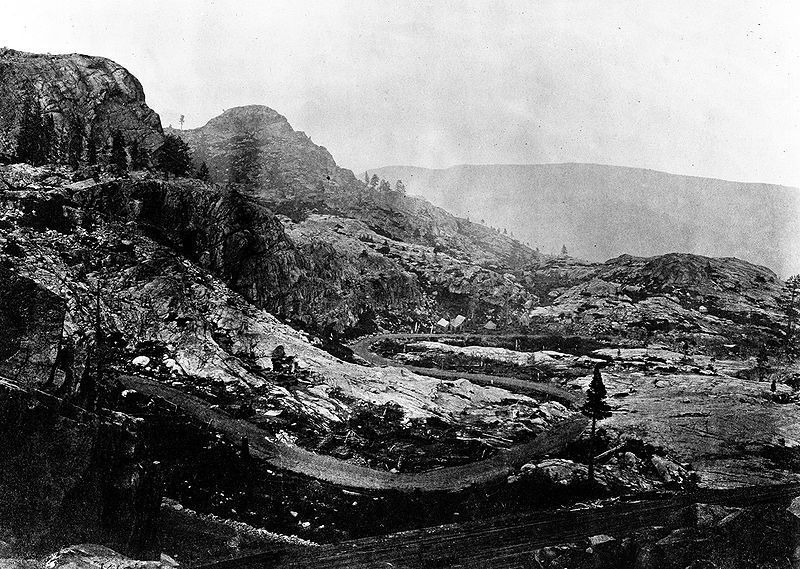 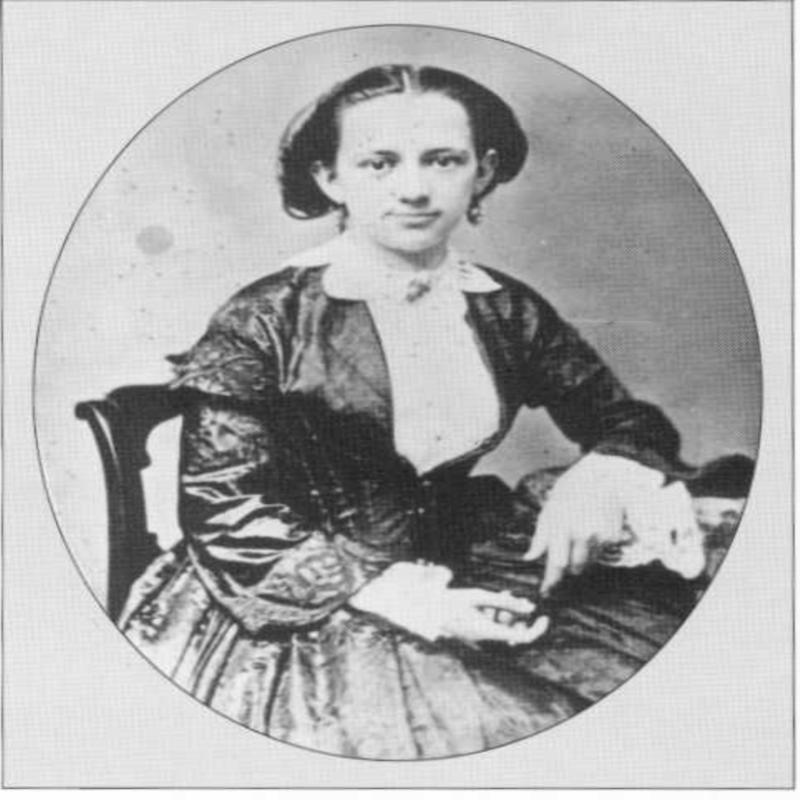 Margaret Reed was also faced with a dilemma. She was not willing to permit her children to return unaccompanied but her youngest son three year old Thomas was sick and no one any longer had the strength to carry him. They would have to remain behind. Margaret’s eight year old daughter Patty insisted that she must go and that she would remain behind to take care of her younger brother. She told her: Well, mother, if you never see me again, do the best you can. ‘Margaret Reed decided to save those children she could.
The decision to leave so many behind to wait for a Second Relief Party that there was no guarantee would ever reach them was accepted with equanimity but the sense of desperation was palpable.
The return journey of the First Relief Party was a fraught and difficult one. They were almost overwhelmed by one of the severest blizzards of the winter and were dismayed to find that most of the food stations they had prepared had been broken into and destroyed by animals.
By the time they encountered the Second Relief Party travelling the other way two children, Ada Keseberg and John Denton had already died, but it was a moment of unalloyed joy for James Reed to be reunited with members of his family whom he had long ago convinced himself must have perished. Upon hearing the sound of her husband’s voice Margret Reed fainted and had to be revived.
When, on 1 March, the Second Relief Party reached Truckee Lake they discovered that ten of of those left behind had already died and the conditions to be truly appalling. Whereas the First Relief Party had seen no evidence of cannibalism now it was all around them. One of the rescuers wrote:
Among the cabins lay the fleshless bones and the half-eaten bodies of the victims of the famine. There lay the limbs, the skulls, the hair of the poor beings who had died of want and whose flesh preserved the lives of their surviving comrades, who shivering in their filthy rags and surrounded by the remains of their unholy feast looked more like demons than human beings.
Once more James Reed was overjoyed to discover that both Patty and young Thomas were still alive but they still had to be got safely back to Sutter’s Fort. They were to take out 17 of the remaining survivors, most of them children. The weather was as bad as it had been all winter but with little prospect of it improving they had no choice but to set off.
It was to get worse and just a few days into their journey the most violent blizzard many were to say they had ever witnessed struck them. They could go no further and struggling to build a fire they all huddled around it in a desperate attempt to keep from freezing. Here they remained for the next two days. One of Jacob Donner’s children, five year old Isaac, had already frozen to death. Many of the others were suffering from frostbite.
James Reed insisted they could remain no longer and had to push on but the Breen’s and Graves and a few others were too exhausted to continue. Reed went ahead without them and was intercepted by the Third Relief Party who provided them with enough food to make it to Sutter’s Fort. Ten days later they came across those who had been left behind in what would become known as the Starvation Camp. One of them described the scene:
The picture of distress was shocking indeed, they had consumed the two children of Jacob Donner. Mrs Graves body was lying there with almost all the flesh cut away from her arms and limbs, her breasts were cut off and her heart and liver taken out. Her little child, about thirteen months old, sat at her side, one arm upon the body of its mangled mother, sobbing bitterly.
By the time the Third Relief Party arrived at Truckee Lake only seven people remained alive. William Eddy who had returned once more along with William Foster in the hope of rescuing their two young children found that they were not among them. They were told that that they had died earlier. 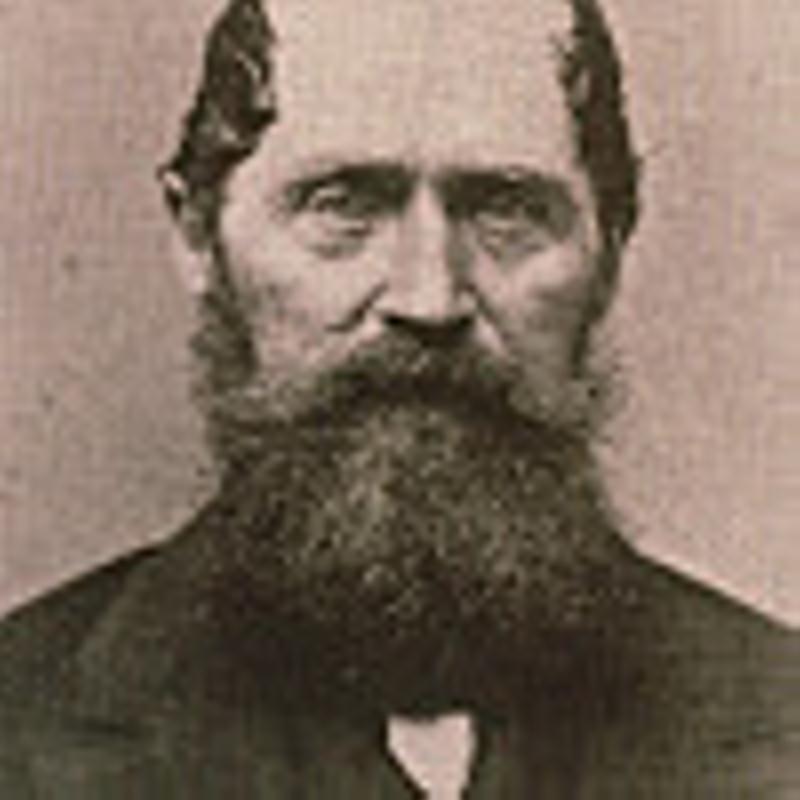