Posted on 30th April 2021
The Portraiture of His Sacred Majestie in his Solitudes and Sufferings
Better known to us as the Eikon Basilike it is a book containing the meditations and prayers of King Charles I in the style of a diary written in the months immediately preceding his execution. It also presents a strong defence of His Majesty and of Royal policy during the Civil War. It was said to have been written by the King himself but was more likely compiled from among his papers by Dr John Gauden. 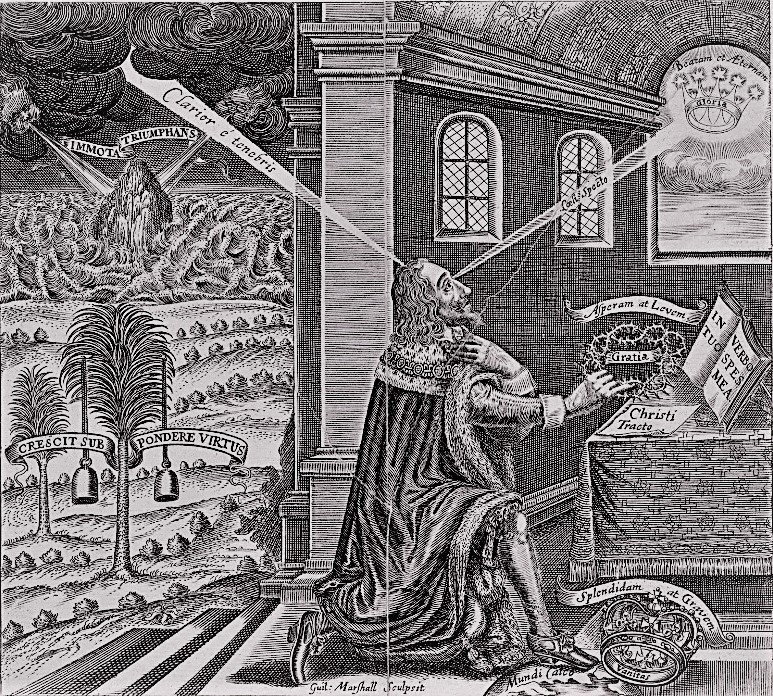 His Eikonoklastes, or the Image Breaker published the following year in 1650 was a closely argued text that attempted to dismantle the portrait of the King as a martyr for his people and his faith, page-by-page and line-by-line. But it was never as popular as the Eikon Basilike and fell flat as a response proving to be pedantic and hectoring in style and resonant of the arrogance of the victor over the vanquished accusing those who still express sympathy for the King as “like a credulous and hapless herd, begott’n to servility, and inchanted with these popular institutes of tyranny.”
Milton’s endeavour satisfied only those who were already its author and his dismissal of the King’s Book as mere empty and frivolous poetry was ignored by those who were aware that he had already described his own as propaganda. It was never likely to endear itself to a people who after enduring ten years of famine and war just wanted a return to the peace and normality of the past, a past they associated with the stability of the dead King’s Reign.
Tagged as: Tudor & Stuart
Share this post: