Posted on 23rd August 2021
Hitler’s unexpectedly swift conquest of France and the Low Countries in the summer of 1940 provided him with time to pause. What was the real reason for his descent into war? It certainly wasn’t conquest in the West, achieved out of strategic necessity; rather it was Lebensraum or living space in the East and the extermination of the Jewish Race from the face of the earth - how best to achieve these two aims now became the primary concern among many in the Nazi hierarchy.
The Einsatzgruppen or Task Forces were Commando Units made up of SS Volunteers formed following the invasion of Poland in September 1939 to seize strategic targets and secure key Government buildings. Their role was soon adapted however to include the elimination of undesirable elements behind the front-line. When the German Army invaded the Soviet Union on 22 July 1941 the Einsatzgruppen followed rapidly in their wake. 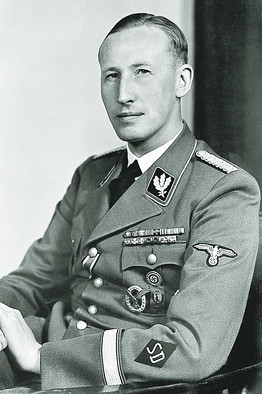 There were four Einsatzgruppen assigned the task of eliminating primarily the Jewish population but also Gypsies, Communists, Homosexuals and any other suspected opponents of the regime. They were each provided with a specific region to clear and came under the overall command of Heinrich Himmler’s much feared Deputy the cold-bloodied and sinister Reinhard Heydrich, Chief of the Reich Main Security Office and they were to set about their task with a ruthless efficiency devoid of compassion.
Einsatzgruppen A was commanded by Dr Franz Stahlecker and assigned the Baltic region.
Einsatzgruppen B under Artur Nebe was given the task of clearing central and northern Ukraine.
Einsatzgruppen C under Dr Otto Rasch was responsible for South Ukraine and the Crimean peninsula.
Einsatzgruppen D under Dr Otto Ohlendorf were ordered to clear Moldova and Belarus.
None of those assigned to command the Einsatzgruppen can be described as ignorant or uninformed men. They were well-educated, cultured, sophisticated and carried out the roles assigned them to the utmost of their abilities.
Franz Stahlecker in the Ukraine reported to Berlin that he was delighted with the cooperation he had received from the Regular Army. It had been feared that the Wehrmacht would object to the round-up of civilians and place obstacles in the way. But this could not have been further from the truth. Field-Marshall von Leeb, in command of Army Group North was concerned that any direct involvement in the activities of the Einsatzgruppen might damage the morale of his troops but was otherwise happy to provide as much logistical support as he could.
Stahlecker was not entirely happy however, he was always claiming he had too few men to complete the task demanded of him and was over-reliant on the local populations to assist him. They did so enthusiastically of course, indicating where the Jews in their community lived and taking revenge on the local Communist Party Apparatchiks as the Germans stood by and watched. In truth, he couldn’t do without them and before long there were 8 Lithuanians to every 1 German in Einsatzgruppen A and they were soon being formed into their own regiments and used to guard the Concentration Camps.
Even so, having to kill so many people was proving a logistical nightmare.
In the city of Vilna alone more than 25,000 Jews and others who had been rounded-up needed killing but how to do so? Stahlecker was perplexed, he could not randomly kill them too many would undoubtedly escape while others might choose to resist. So he arranged for them to be taken from their places of confinement in batches of 100 at a time to secluded woods outside the town of Ponary.
The prisoners were permitted to take what possessions they could carry with them but on the march were quickly robbed of these by their Ukrainian guards before being stripped and beaten. They were also subjected to the jeers of onlookers who particularly enjoyed abusing the women. 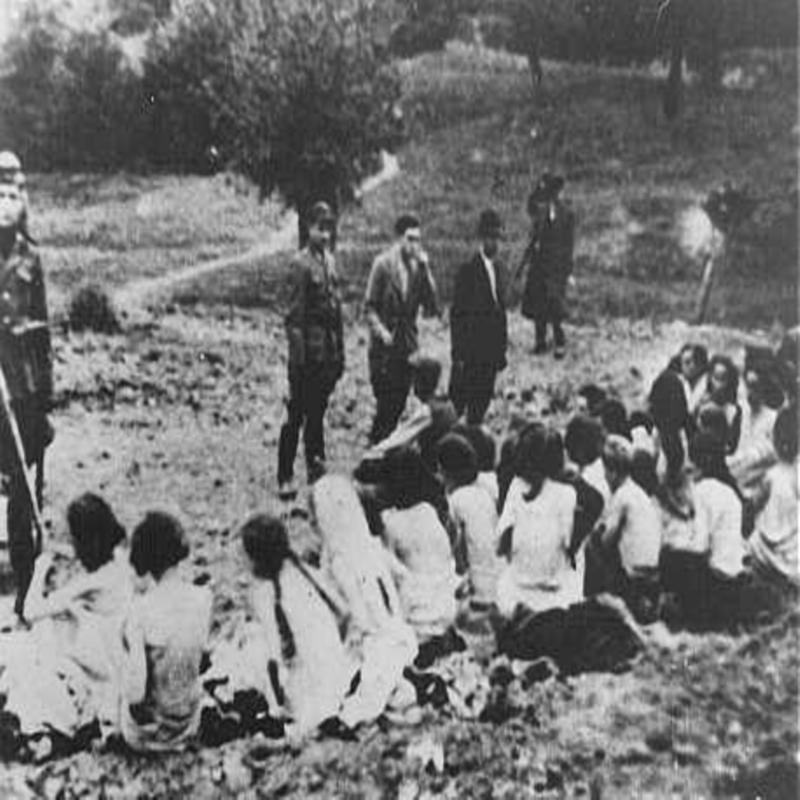 At first the Germans liked to reserve the actual killing for themselves but this soon proved untenable as the burden of executions increased. For example, between June and December 1941 more than 45,000 people were killed at Ponary and the surrounding area. It was high intensity killing and it took time.
The most notorious massacre occurred at Babi Yar just outside Kiev in the Ukraine where between 29 and 30 September 1941, 33,771 Jews were murdered. We can be sure of these figures because the Germans kept such meticulous records.
The decision to kill all the Jews in Kiev was taken by the Commander of Einsatzgruppen C Otto Rasch in consultation with the Military Governor Friedrich Eberhardt and the Chief of Police Friedrich Jeckeln but to eliminate so many people quickly was a tall order so they decided that a little duplicity was required.
The Jews were informed that they were to be resettled and posters went up throughout the city ordering them to gather at certain assembly points in the city. One such poster read: “Kikes of the city of Kiev and the vicinty! On Monday 29 September, you are to appear at 08.00 with your possessions, documents, and valuables at Dorogozhitskaya Street, next to the Jewish Cemetery.” It was made clear that non-compliance with the order would result in death.
The response to the order was better than they could have hoped for with many thousands of Jews gathering at the various assembly points laden down with all they could carry. They knew well enough the reputation of the Nazi’s but few of them imagined they were going to be killed. After all, anti-Jewish pogroms were not uncommon and had been part and parcel of Jewish life for centuries and so most believed the resettlement lie right up to the point of execution. Yet again it was locally recruited Ukrainian Police Units many of whom would have known their victims who did the collection and delivery.
The short march to Babi Yar was particularly brutal with those who could not keep up beaten while women were often dragged along by their hair and their children kicked like footballs. 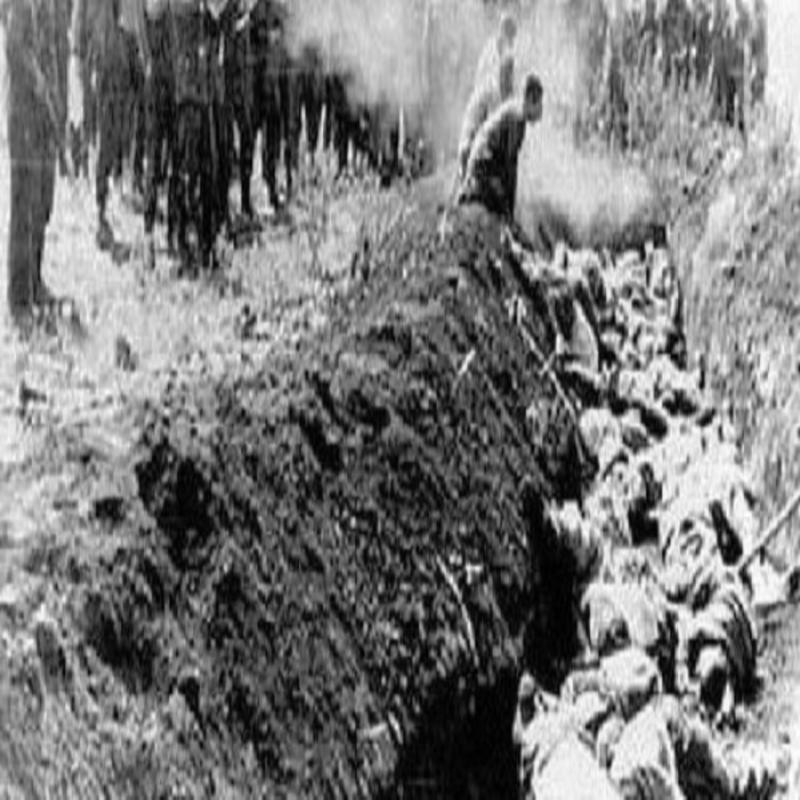 Once they reached Babi Yar they were forced to hand over their valuables and strip naked, many of the poorer Jews were simply killed where they stood. They were then herded into groups of ten and made to march to a series of deep pits that had been dug earlier. They would then either be made to sit on the edge of the pit or be forced to lie down upon the bodies already within it. An SS man would then shoot them through the back of the neck. Every so often the bodies would be raked with machine gun fire to ensure that no one had been left alive. Once the pits were full they were dusted with a light covering of soil.
It was dirty and unsatisfactory work and many of the more squeamish Kommandos would be intoxicated throughout. In fact drunkenness was actively encouraged and alcohol made freely available though no amount could disguise the full horror of what they were doing. Indeed, a Wehrmacht Officer who witnessed the killings was heard to remark: “What on earth is going to happen if we lose this war and have to pay for this?”
But the murders continued nonetheless, and just a few months later, 70,000 Roma Gypsies were also massacred at Babi Yar.
By August 1943, with the Germans retreating on the Eastern Front, Russian prisoners-of-war were forced to dig up the execution pits, burn the remains and then scatter the ashes in the surrounding fields in an attempt to hide the evidence of Nazi’ crimes.
Earlier in August 1941 Heinrich Himmler, that bloodless advocate of racial purity visited the Russian city of Minsk to witness the work of the Einsatzgruppen for himself. Attending the execution of a hundred or so Jews he suddenly became unsteady on his legs and had to be prevented from passing out. According to SS General Karl Wolff, “Himmler’s face turned green. He took out his handkerchief and wiped his cheek where a piece of brain had squirted up onto it. He then vomited.” 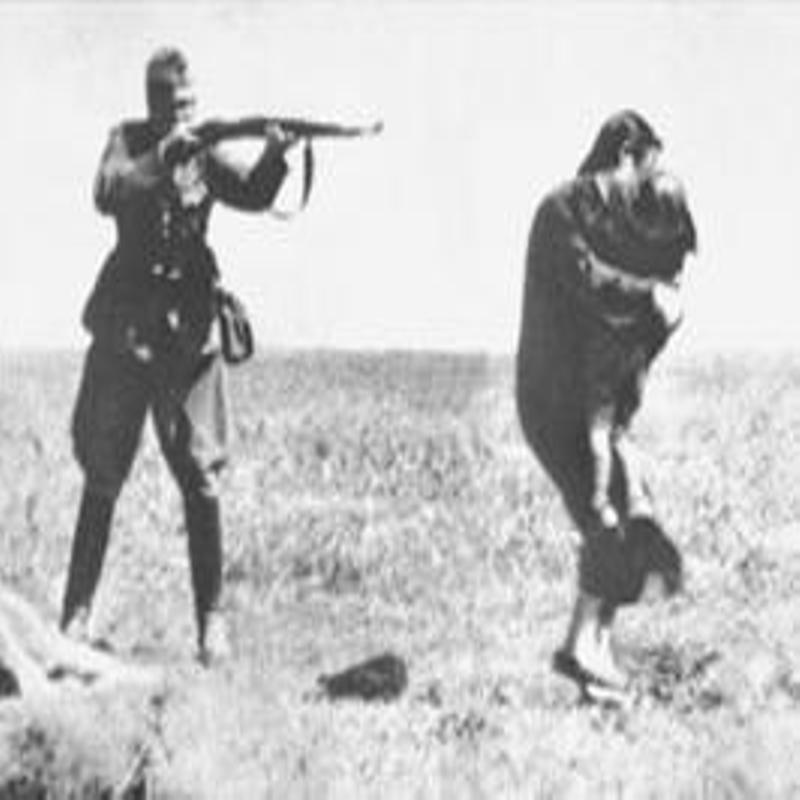 Afterwards, Himmler was to praise the hard work of the Einsatzgruppen and to extol the nobility of their mission. It was, he said, an example of their inner-strength that despite everything they had remained decent.
All of the Einsatzgruppen shared the same modus operandi and by December, 1941 they had already murdered more than 300,000 men, women, and children. By the end of the war the total would stand at more than 1.5 million. Even so, the shooting of victims was considered inefficient and unnecessarily time consuming. Also the news had spread that German claims of resettlement were nothing more than a hoax and some Jews had taken to resisting. German troops were shot at in the street and knives were taken to the places of execution and guards attacked. A quicker and more efficient way of disposing of their victims had to be found.
Regardless of whether or not the Germans won the war the extermination process would be completed. Gas vans were tried out but these were still not considered efficient enough. In January 1942 after the German Army had been repulsed before the gates of Moscow, Reinhard Heydrich called a conference in the Berlin suburb of Wannsee to discuss the Final Solution.
As the war on the Eastern Front descended into a life and death struggle without end the Einsatzgruppen were reduced in size and many of the troops absorbed into the regular army. The task of eliminating the Jews and other so-called undesirables was now the work of the Concentration Camp and the Gas Chamber.
The Einsatzgruppen were to continue to operate right up to the last days of the war though executions were by now just as likely to be carried out by the regular army.
Many Einsatzgruppen Kommando captured on the Eastern Front were executed while others who escaped west often evaded justice and were absorbed back into civilian life.
The fate of the Commanders of the Einsatzgruppen is well documented, however:
Tagged as: Modern
Share this post: