Posted on 18th June 2021
On Easter Sunday 1525, a young servant girl by the name of Elizabeth Barton fell ill while working in the house of her master in the village of Aldington in Kent; with her throat swollen and unable to speak or walk she lay ill for seven months and the doctors that were called to her bedside were baffled by her condition.
For long periods of time she would remain totally immobile and fail to respond to stimulants as if in a trance. As she began to recover however, she spoke of having had visions and to have seen souls in the afterlife. Her voice was also husky and harsh almost manly. Her lips did not move when she spoke and the words seemed to emerge from her body and all around. It appeared like the voice of another. She claimed that she was in direct communication with God. 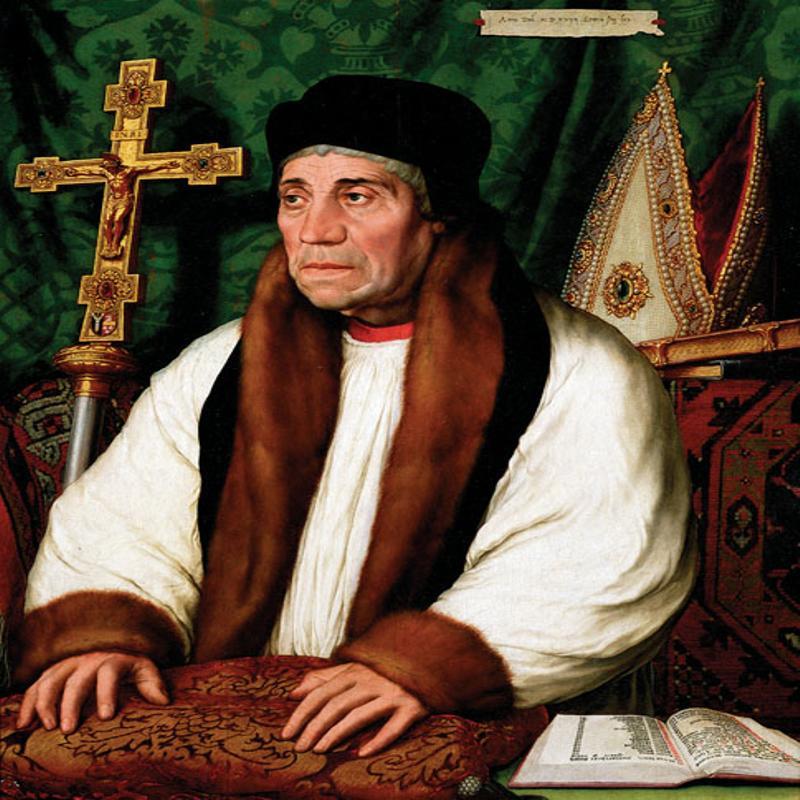 Her condition soon came to the attention of the Archbishop of Canterbury William Warham who sent an Episcopal Commission to investigate the strange case of this common serving wench. They found her to be neither a dissembler of the truth nor unorthodox in her beliefs. She spoke to them only of the Mass and Confession, they said.
Cleared of any wrongdoing by the Church Authorities she was carried from the Chapel at Court-le-Street where the investigation had been carried out in triumph by a crowd of admirers who had gathered to hear the verdict. She had spoken with God and been miraculously cured, or so it seemed.
A fit and healthy Elizabeth now became a nun at the Benedictine Convent of St Sepulchre’s, but here her trances, visions and revelations only seemed to intensify as a result her fame quickly spread the length and breadth of the country. But though her messages remained theologically sound these were dangerous times.
A profound change was about to take place in English religious thinking and to speak on such matters no longer just imperilled one’s soul but also one’s life. Even so it appears that she may have been left alone had her messages not impinged upon the realm of politics. 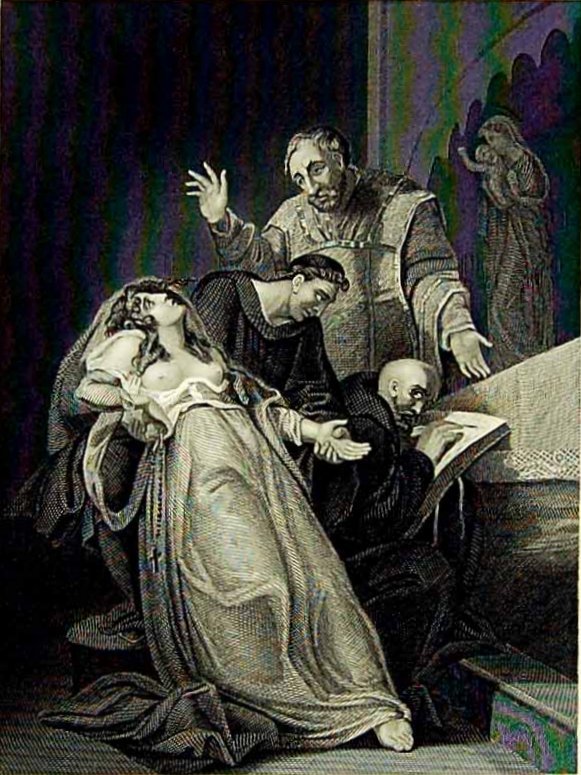 By 1528 she had become somewhat of a Tudor celebrity and such was her fame that she was invited to a private meeting with the Chancellor, Cardinal Thomas Wolsey. He was so impressed with this simple, plain-speaking woman of little formal education that he was to arrange two private meetings for her with the King himself, and it was at one of these meetings that everything would change for Elizabeth.
In January 1528, Henry VIII announced his intention to divorce his wife, the widely respected Katherine of Aragon to marry the notorious courtesan, Anne Boleyn.
It was a hugely unpopular move causing great dissent not just with the clergy and men of prominence but also among the common people who held Katherine in great esteem and now often referred to Anne Boleyn as het “Goggle-Eyed Whore.”
At their second meeting Elizabeth spoke to the King of his proposed marriage to Anne Boleyn. She told him that should he persist: “He should no longer be King of his Realm and would die a villain’s death. God, she said, had spoken to her of the marriage and that it was blasphemous in His eyes. The King should be aware of the consequences of his actions and that he would be dead within one month of taking his marriage vows.
Henry remained silent throughout Elizabeth’s imprecations and did not respond at all to what would be perceived in most quarters as a threat and she was allowed to return to her Convent where she was to remain unmolested for almost a year.
Why Henry, who could be a volatile man even at the best of times responded so meekly to Elizabeth’s attack on his person remains a mystery. He may have feared God’s Wrath, he may have been aware that the Holy Maid of Kent was more popular among the common people than he was. After all, thousands of people made the pilgrimage to her Convent in the hope of seeing or being touched by her. But her opposition to the King’s Great Matter and the Royal Marriage could neither be ignored nor remain unchallenged for long.
Rumours soon began to be spread that the Holy Maid of Kent was not all she seemed. It was said she had lascivious thoughts, that she seduced priests and enjoyed sex with both men and women, that she was neither chaste nor a true Daughter of Christ. Indeed she was nothing but a whore and a charlatan.
When in May 1533 Henry formally announced his divorce from Katherine, Elizabeth went public with her revelations. In September of that same year she was arrested and charged with treason.
Such was her fame and status that despite being under arrest for such a heinous crime as treason those opponents of the King’s divorce such as John Fisher, the Bishop of Rochester, remained in regular communication. Even the Lord Chancellor Sir Thomas More visited her in prison but neither her celebrity nor the love of the people could spare her from the merciless gaze of the new Archbishop of Canterbury Thomas Cranmer.
He, along with More’s successor Thomas Cromwell were to be the architects of the English Reformation and both were determined to be rid of this loathsome and dangerous Catholic woman. In a letter dated 20 December 1533, Cranmer described his first meeting with Elizabeth:
“When she was brought hither and laid before the Image of Our Lady, her face was wonderfully disfigured, her tongue was hanging and her eyes in a manner being plucked and laid upon her cheeks and so greatly disordered. Then there was a voice speaking within her belly, as if it had been in a tun, her lips not greatly moving while continuing by the space of three hours in a trance.”
Cranmer was not a man to be deterred by the revelations of a woman he considered a heretic and so unwilling to confess he had Elizabeth put to torture. Bound, branded, racked and in great and enduring pain she confessed all. She had not received Divine Revelations but had merely possessed a talent for ventriloquism and she used her ability to speak without moving her lips to make her lies and deceits credible where otherwise they may have been mocked. The trances were also faked and she merely modulated her voice for effect.
Elizabeth Barton was convicted of heresy and treason on the basis of her confession alone. Even though evidence obtained through torture was considered inadmissible in a Court of Law.
The Holy Maid of Kent as she had become commonly known was hanged aged 28, at Tyburn, along with seven of her closest associates.
Tagged as: Tudor & Stuart, Women
Share this post: