Posted on 2nd November 2021
Born in Leeds, Yorkshire, the son of a Magistrate, Ernest Crofts was to become one of the most popular historical and military painters of the late Victorian era. But it was in Germany he learned his trade studying at the Dusseldorf School of Painting under the tutelage of Emil Hunten. Hardly surprising his first success as a painter then were depictions of the Franco-Prussian War an event he witnessed in person.
Returning to Britain by the late 1870’s he was well established as an artist with his paintings of the Waterloo Campaign and its aftermath proving particularly popular. They were also critically acclaimed for their portrayal of exhausted soldiers bedraggled and in blood spattered uniforms but with the look of grim determination to continue until victory was secured. 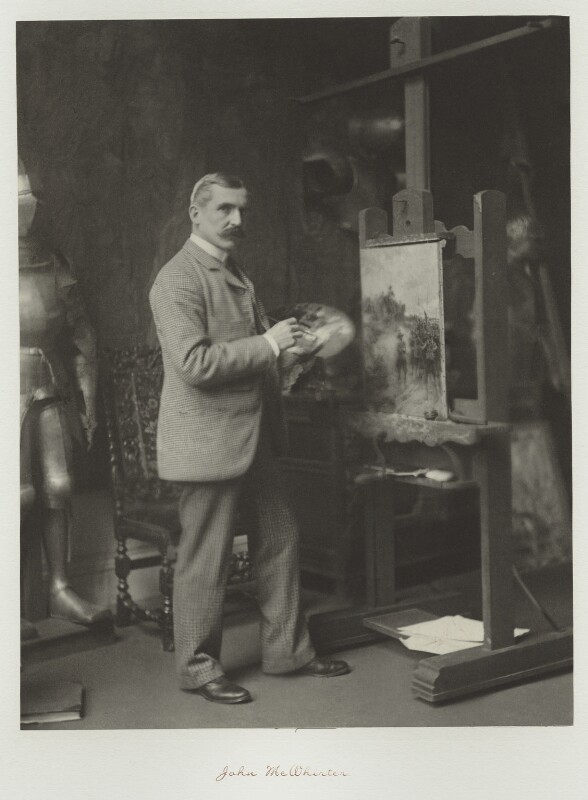 His reputation declined during the final decade of his life as with the passing of Queen Victoria the fashion for a heroic past was replaced by the fear of an uncertain future with one critic declaring that in his work he displayed a taste for the theatrical without the talent to redeem it which seems a little harsh.
He is best remembered now for his paintings on the subject of the English Civil War many of which appear below: 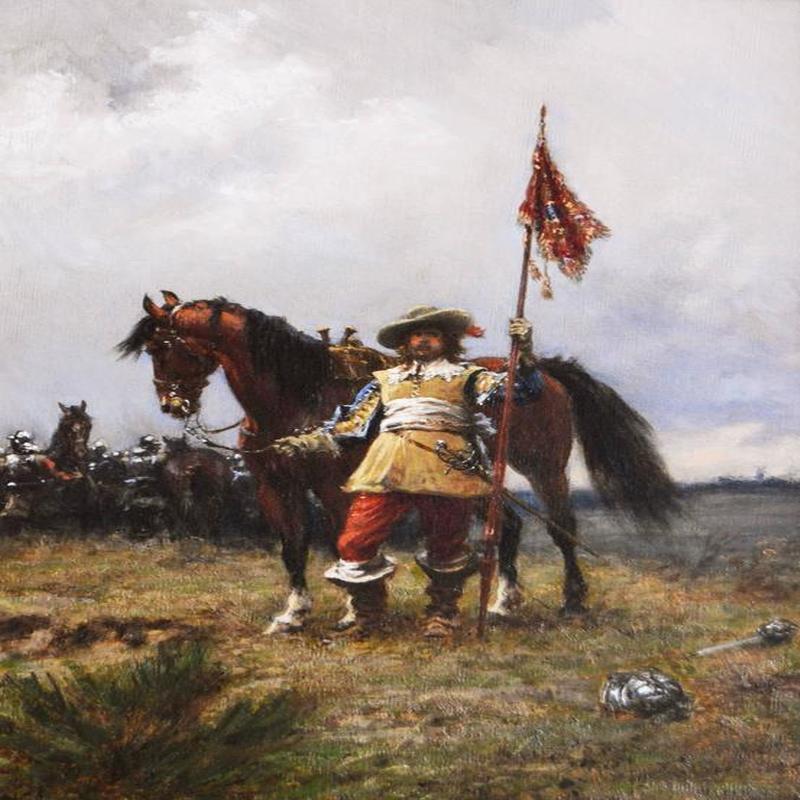 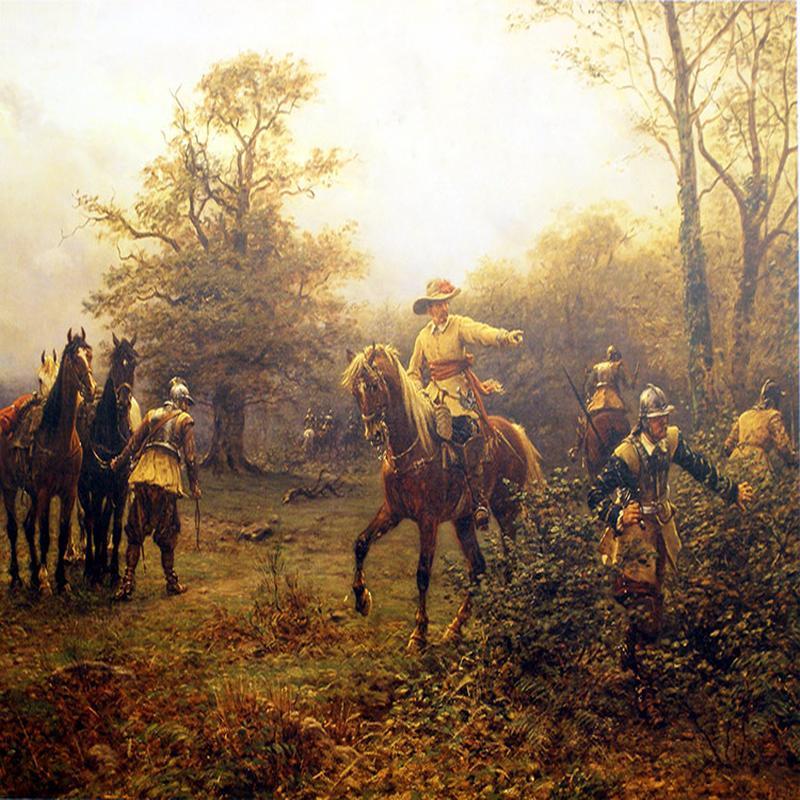 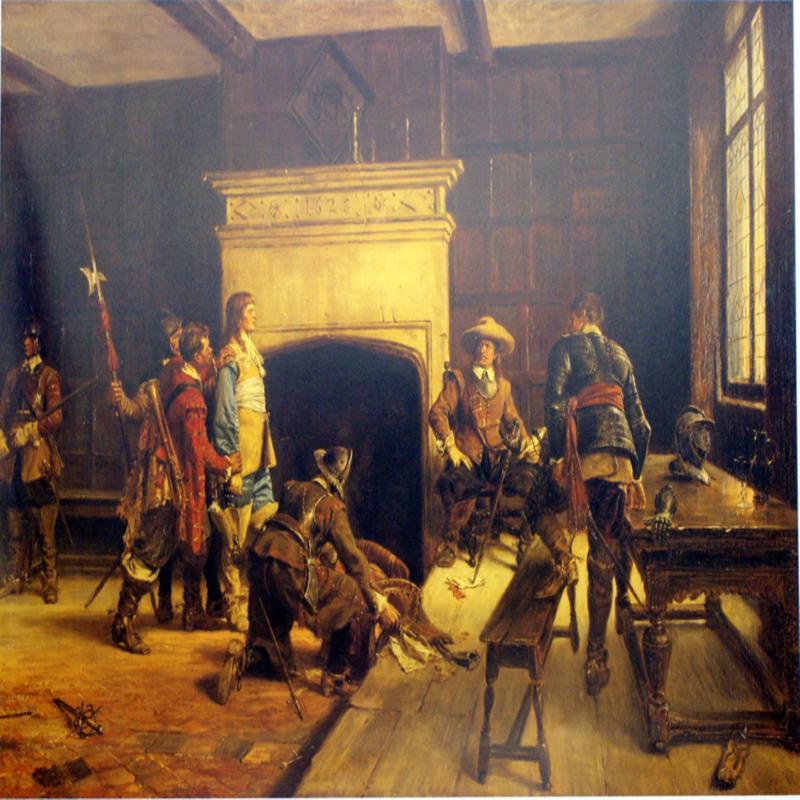 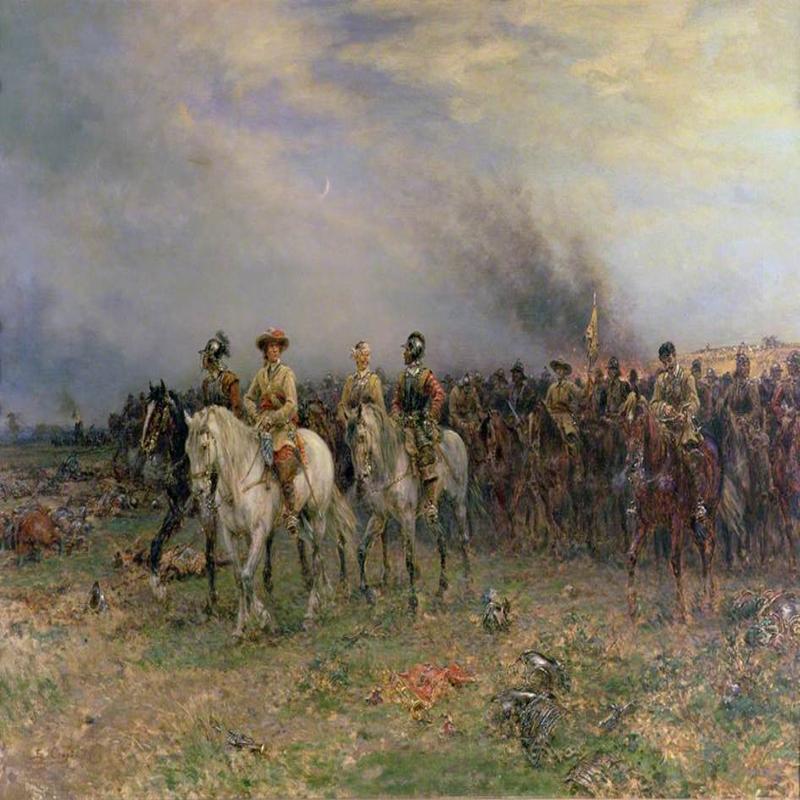 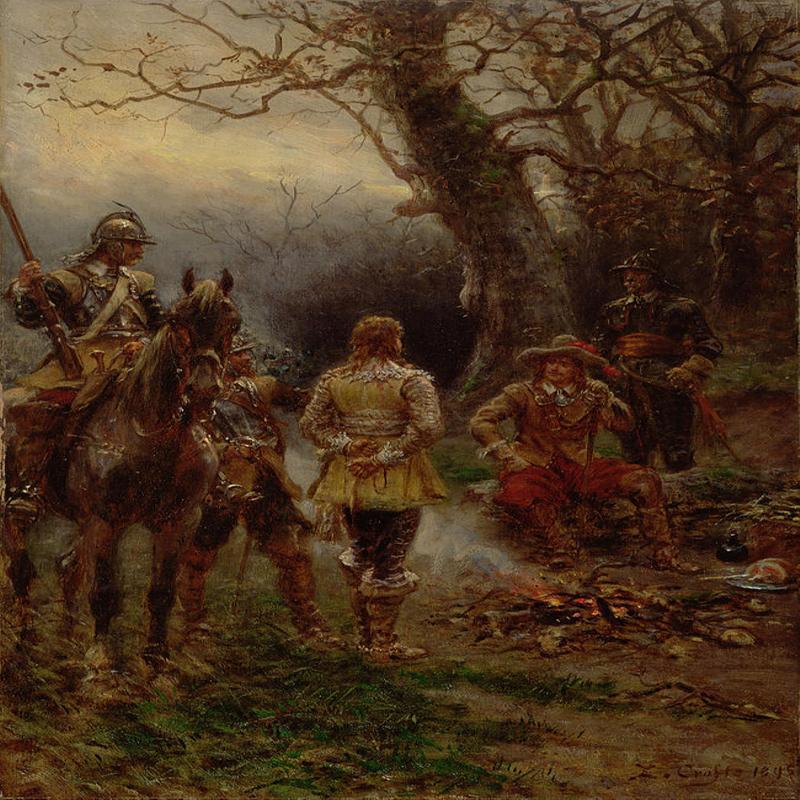 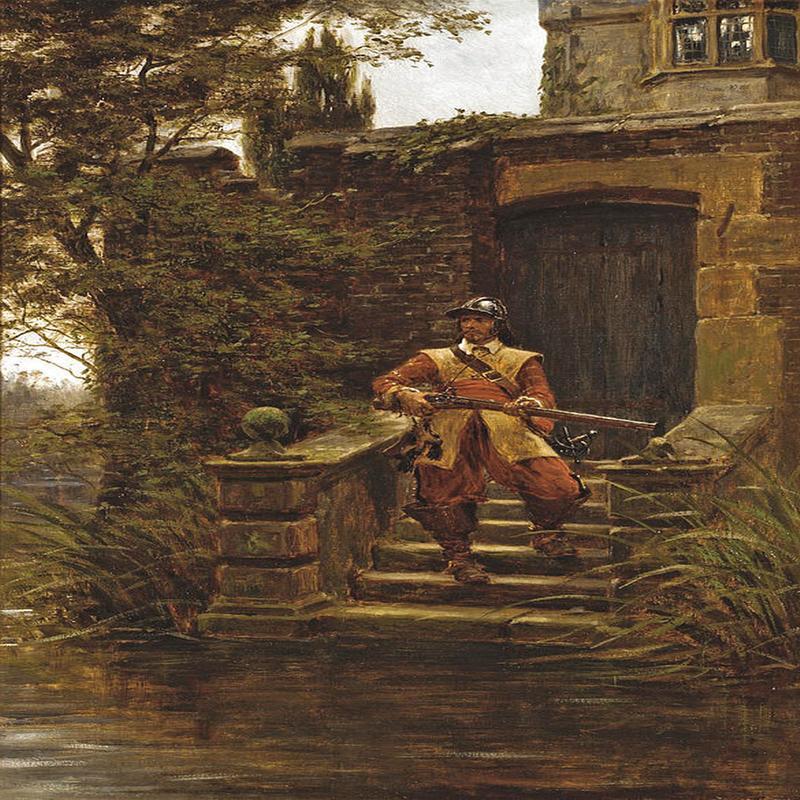 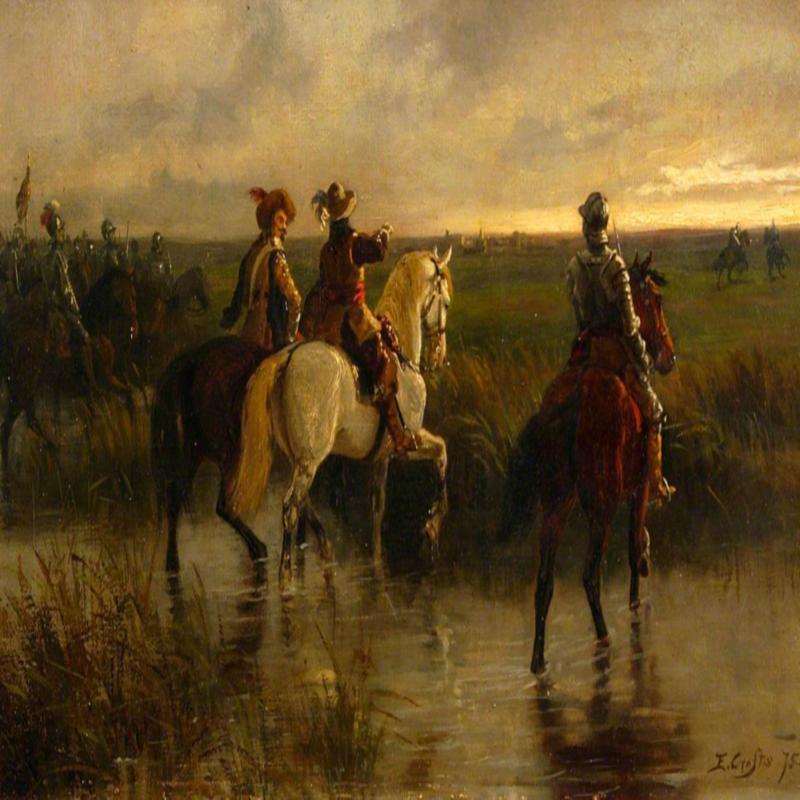 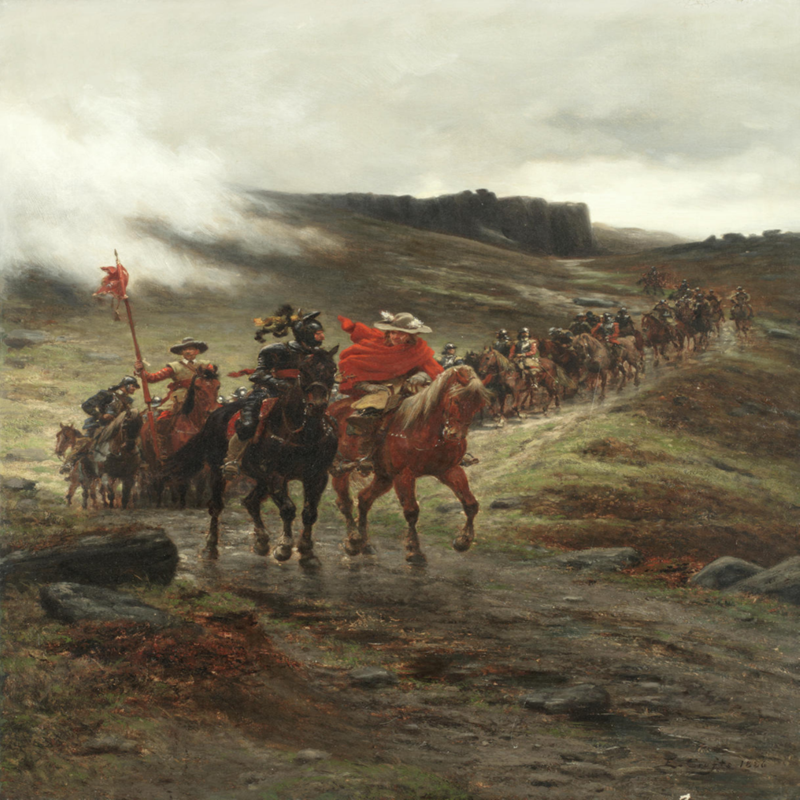 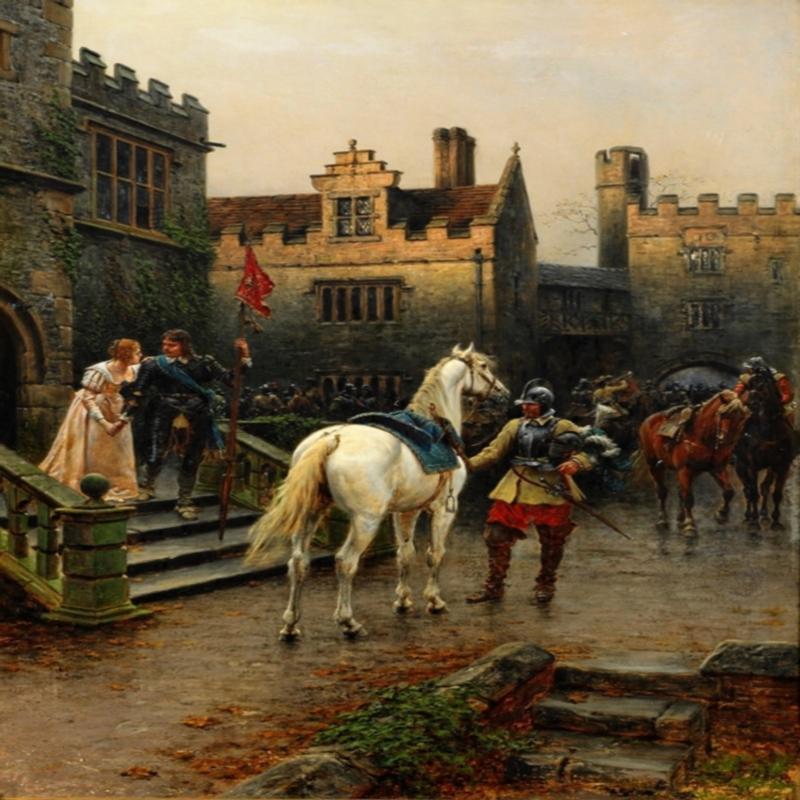 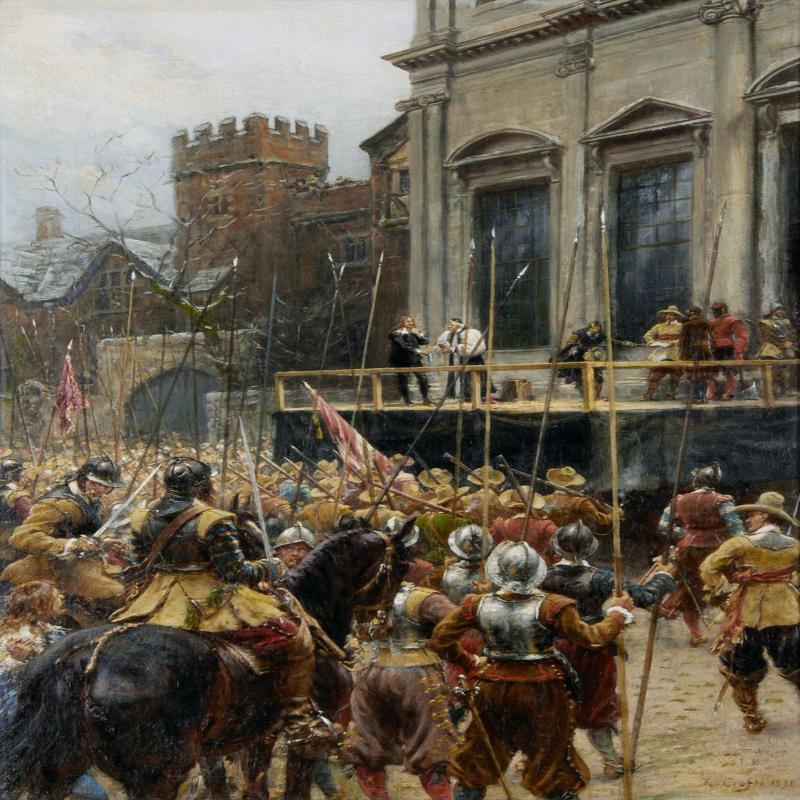 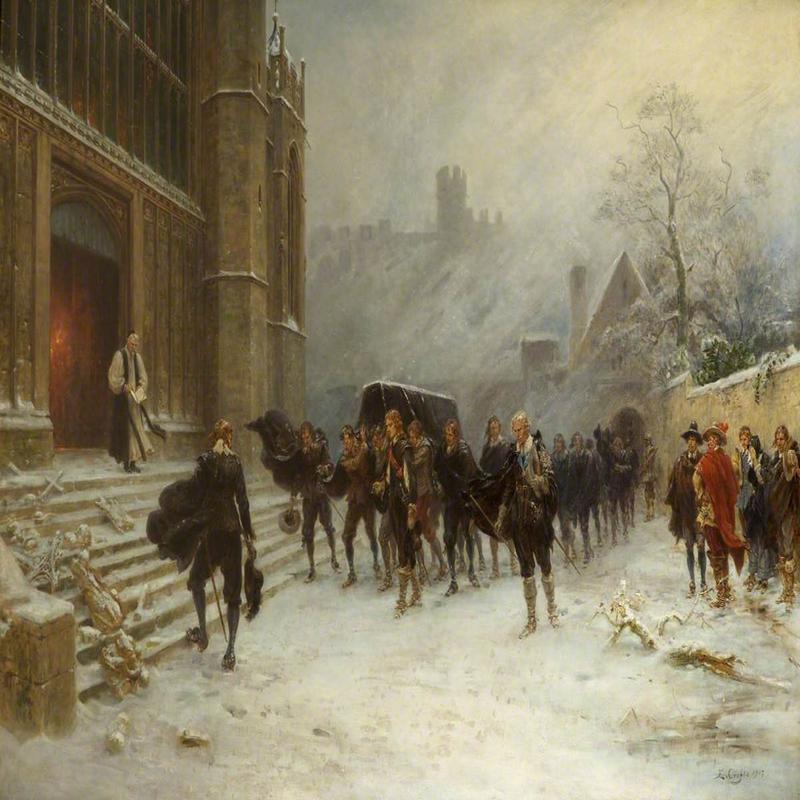 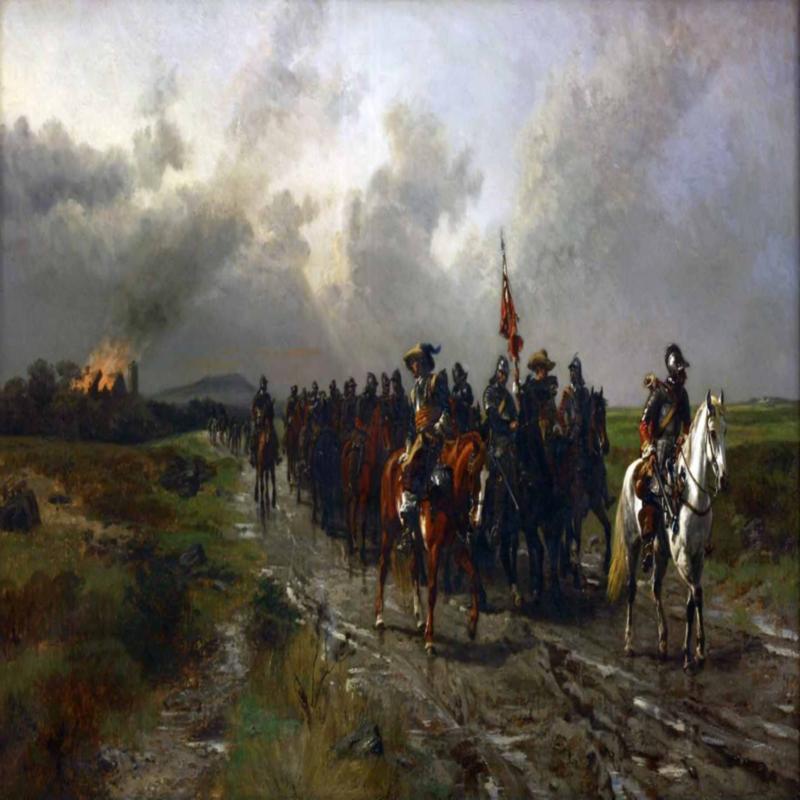 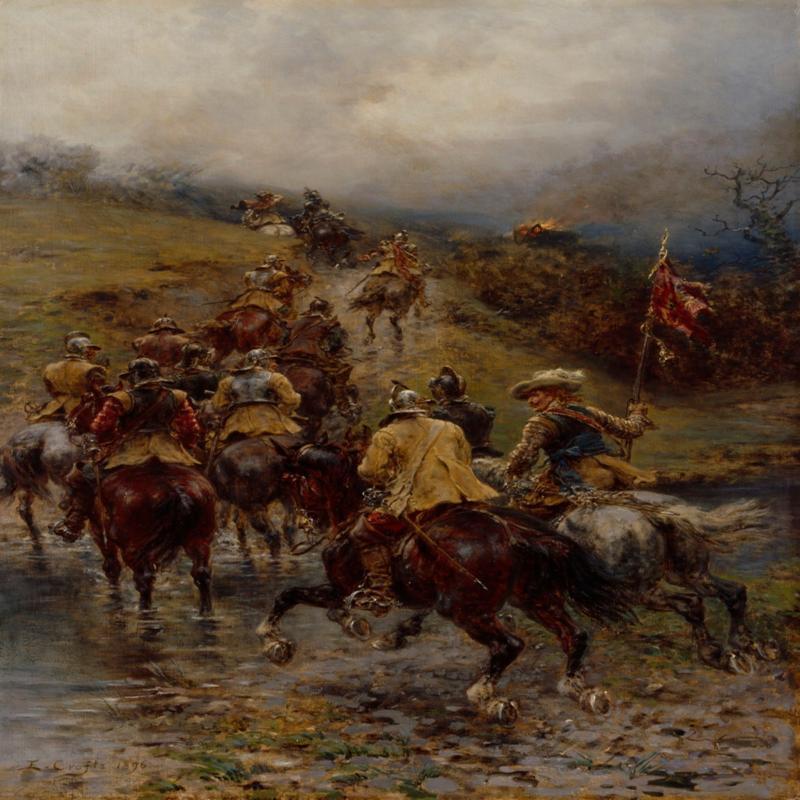 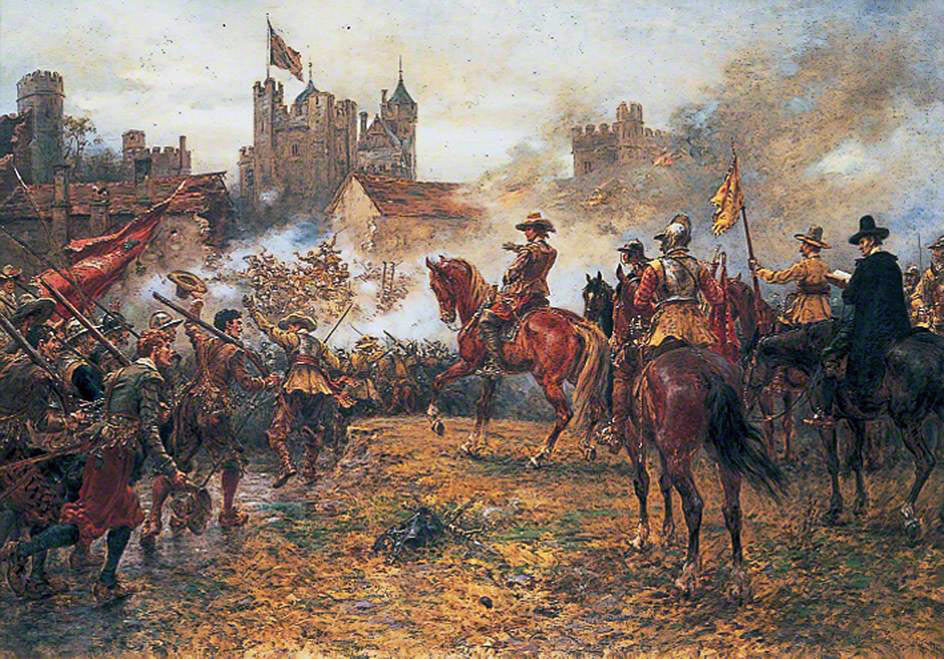