Posted on 14th September 2021
The Correctional Institution known as Alcatraz was perhaps the most notorious prison in the world. It was located on a small Island, in reality little more than a rocky out-crop, some 2 miles from the San Francisco shoreline. It was built to house America’s most dangerous criminals and those whose repeated escape attempts from other prisons had embarrassed the Authorities. Among those imprisoned within its walls were Al Capone, George “Machine Gun” Kelly, and Robert Stroud, the infamous Birdman of Alcatraz. It was intended to be the end of the line for those incarcerated there, an attempt to place all the rotten eggs in one very secure basket. It was believed to be escape proof.
On 11 June 1962, it is possible three men, Frank Morris and the brothers John and Clarence Anglin proved the Authorities wrong. 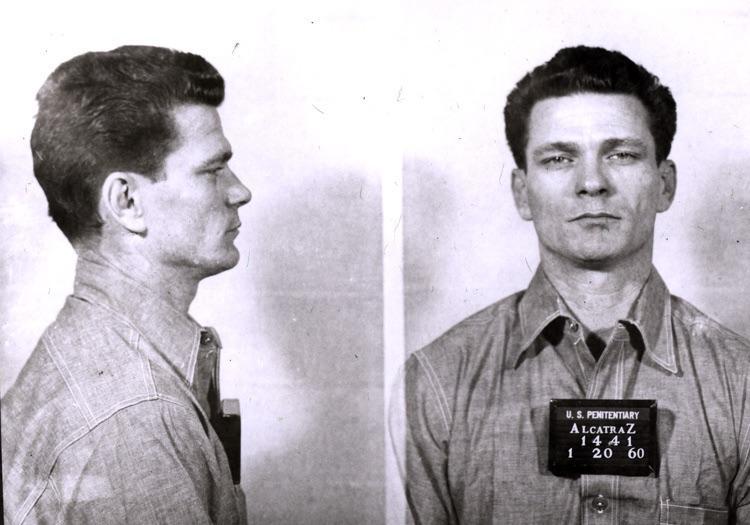 On 20 January 1960, Prisoner AZ-1441 Frank Morris disembarked from a Police Motor Launch and entered Alcatraz for the first time. He had been sent to ‘The Rock’ as a repeat absconder not that its reputation as a lock-up impressed him. He had been in and out of various institutions since the age of thirteen and knew the prison system well. There was little about Alcatraz he found particularly daunting. It was just another prison to escape from.
He had had been born in Washington D.C on 1 September 1926, and had led a life a crime since boyhood petty theft and peddling drugs before moving onto armed robbery. Though he’d had little formal education he was highly intelligent and had an I.Q of 133 which is in the top 3%. This had been noted by the Prison Authorities and he was placed under close watch.
Morris set about planning his escape almost from the time he first arrived on ‘The Rock’ and discussed it with a fellow prisoner Allen West something he soon regretted as he came to neither like nor trust West but he was now someone he could not afford to alienate as he was aware of his intentions and had been quick to sign up to the escape plan. 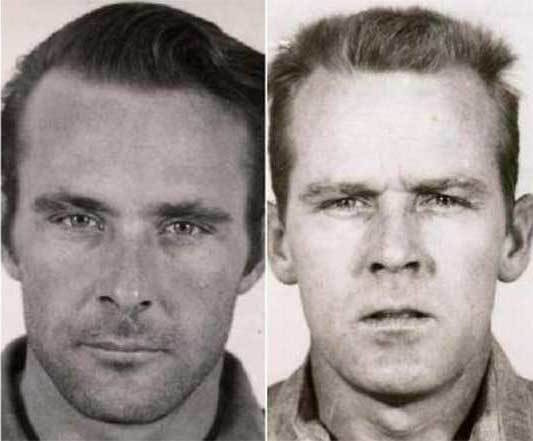 Instead of depending upon West he teamed up with the brothers John and Clarence Anglin who he knew from their time together in Florida State Prison. What they may have lacked in intelligence they made up for in cunning, and they were loyal and could be trusted.
The escape plan itself was an elaborate one and was more than two years in preparation: they would tunnel out of their cells via the air vent and then make their way to the prison roof from there they could lower themselves over the outer wall. Escaping from the prison itself wasn’t the real problem however, making it to San Francisco was.
They stole tools from the prison workshop to help with the tunnelling and managed to gather together through barter or theft enough raincoats to make life-preservers and a raft.
The waterproof material was perfect, it would float, and the prisoners spent many hours gluing and stitching them together. This they did in an open area above their cells. Because dust from their work was falling on the highly polished floor below bringing them unwanted attention, Morris asked the guards if he could cover the vacant area with blankets to prevent this from happening. Astonishingly, his request was granted, and no one even asked them what they were doing up there. As a result the prisoners were able to complete their work unmolested in their own little makeshift workshop.
Morris, West, and the Anglin brothers shared adjacent cells.
Every day between 5.30 and 9.30 pm, and during lights out, one man would work digging his tunnel whilst the others kept lookout. During the day, the Anglin brothers made dummy heads, actually using human hair taken from the prison barbershop to fool the prison guards when they came to check the cells and record their final count of the day.
On 11 June 1962, Morris declared that everything was ready and that they would go that night.
The dummy heads were placed in the beds and the prisoners escaped through the air vents in their cells and made their way to the roof, all except Allen West that was. He later claimed that he had been unable to squeeze through the ventilator shaft. More likely he lost his nerve regarding the sea crossing. The other prisoners left his raft and life-preserver behind. He was later to claim credit for the escape plan but few believed him.
No one truly knows what happened next.
The official version is they all drowned, or perished from hypothermia, but no bodies were ever found.
It was suggested that the temperature of the sea at that time of the year meant they could not have survived for more than 20 minutes in the water. That the winds and the tides would have carried them out to sea, or that they had been taken by sharks.
Morris had intended to make for Angel Island about a mile from Alcatraz to rest before making the final journey to San Francisco. Details not revealed at the time indicated that an abandoned raft had indeed been found on the Island and that there were footprints leading away from it.
The discovery of the raft was dismissed as a coincidence as it was believed to be impossible to either row or swim the two mile stretch of water from Alcatraz to the San Francisco shoreline.
Later that year in December 1962, when the temperature of the sea would have been much colder, a prisoner, John Paul Scott, had escaped from Alcatraz and tried to swim the two miles to San Francisco. The tide did indeed initially sweep him out to sea but hours later he was washed up beneath the Golden Gate Bridge, semi-conscious, exhausted, and suffering from hypothermia. His escape attempt had failed but he had shown that with determination and no little luck it was possible to make it to the shoreline.
Following the escape of Morris and the Anglin brothers the F.B.I launched the biggest manhunt in its history but it failed to uncover much more than the abandoned life raft and some discarded clothing and personal effects.
The day after the escape a man claiming to be John Anglin called a lawyer in San Francisco wanting to arrange a meeting with the U.S Marshal’s Office. When the lawyer refused to get involved, thinking it was a hoax, the man hung up. He never phoned back.
The following week a postcard was received at F.B.I Headquarters signed by all three men. Each signature was certified as having been written in a different hand.
In October 1962, the Master of a Steamship sailing out of San Francisco Harbor reported having seen a body floating in the bay. He described it as having been clothed in blue denim similar to the uniform worn by the inmates at Alcatraz. He made no attempt to recover the body however, or adequately explain why it had taken him four months to report the incident.
In the summer of 1966, three unusually tall women caked in makeup attended the funeral of one of Frank Morris’s relatives. No one else present admitted to knowing who they were. It was said they paid their respects and then left without speaking.
John and Clarence Anglin’s mother, Rachel, claimed that for many years after the escape she and other relatives regularly received unsigned postcards which on birthdays and at Christmas would often be accompanied with flowers.
His family have also since claimed that Clarence died in Iowa in 1986.
There were many escape attempts made from Alcatraz during the 29 years of its existence. Of those who tried 6 were shot dead, 2 were known to have drowned, and 23 were recaptured.
Officially then, no one ever escaped from Alcatraz. Even so, Frank Morris, John Anglin, and Clarence Anglin were to remain on the F.B.I’s most wanted list for 40 years, and the case remains open to this day.
In 1963, just a year after their escape, the Attorney-General Robert Kennedy shut Alcatraz down.
Tagged as: Modern
Share this post: