Posted on 18th February 2022
Evelyn de Morgan was unusual as a working female artist in Victorian and Edwardian England. There were others of course but they were few in what was a male dominated world. Even more unusual she is still remembered today.
Associated with the pre-Raphaelite school of art, though long after the Brotherhood had itself been dissolved, she took inspiration from Dante Gabriel Rossetti and her close personal friend Edward Burne-Jones. 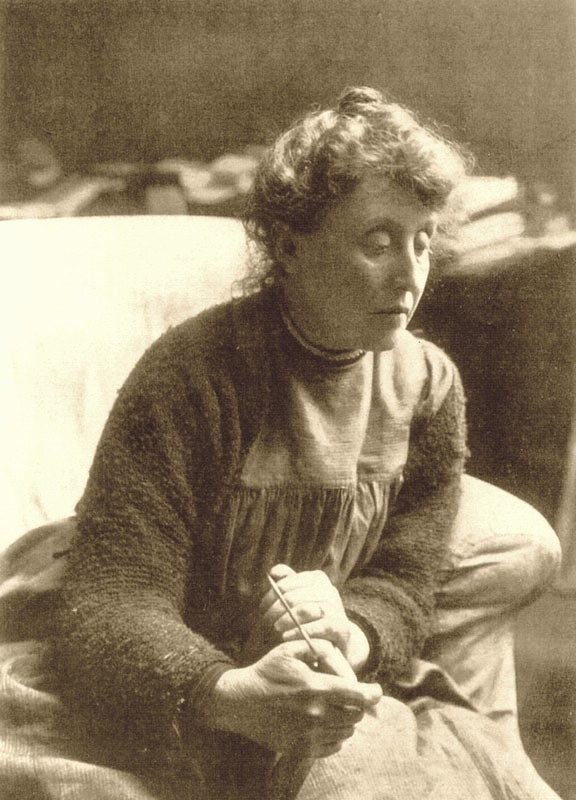 Born in 1855 to a wealthy and well-connected London family (her father was a Queen’s Counsel) Mary Evelyn Pickering was not expected to be anything but decorative but this she refused to do. Although it was part of a genteel young lady’s education to be taught to sketch and paint in watercolours they were not expected to seek commissions for their work or exhibit in public galleries. So it was against her parent’s wishes that the young Evelyn attended the Slade School of Art.
They were delighted when she in 1887, aged 32, quite late for a woman of her time she married the successful ceramic artist William de Morgan even if it wasn’t quite the society wedding they had hoped for. But he was at least a man of some background. 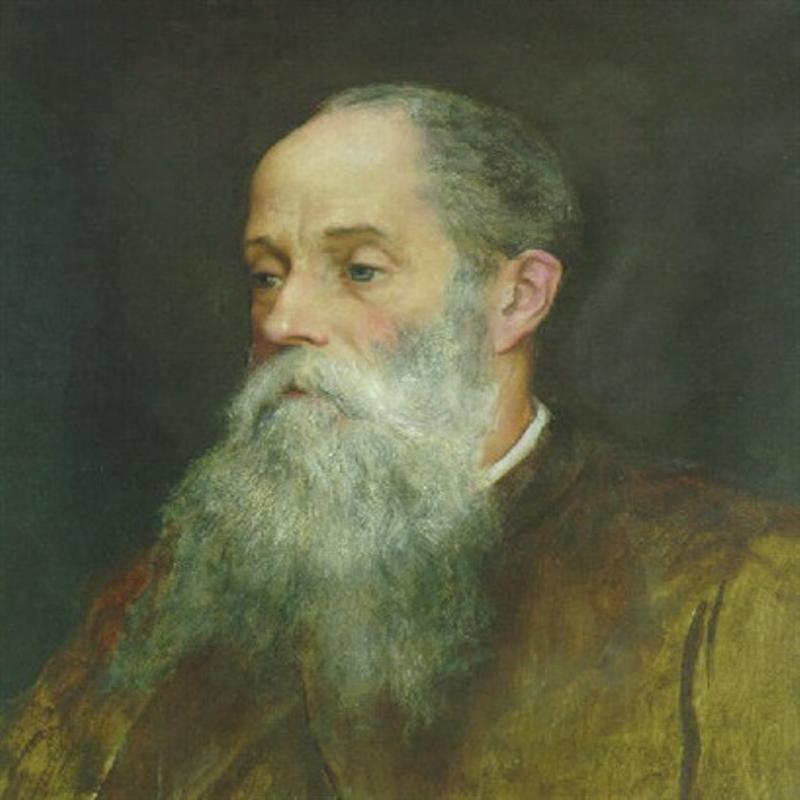 Married life did not in any way blunt her desire to be a working artist, however. She had been encouraged in her artistic pursuits by her uncle the second wave pre-Raphaelite John Roddam Spencer Stanhope and had prospered under his tutelage. Indeed, it was said her, “Her industry was astonishing, and the amount she achieved was surprising when considering the infinite care with which she studies every detail.”
Although Evelyn took inspiration from the pre-Raphaelite’s adopting both heir classical and on occasion Arthurian themes she emphasised the spiritual rather than the historical and the feminine rather than the masculine.
Her interest in the ephemeral is hardly surprising perhaps given that both she and her husband were devoted spiritualists. But her need to express on canvass the soul of woman, the Feminine Divine as she would have seen it, was all her own. 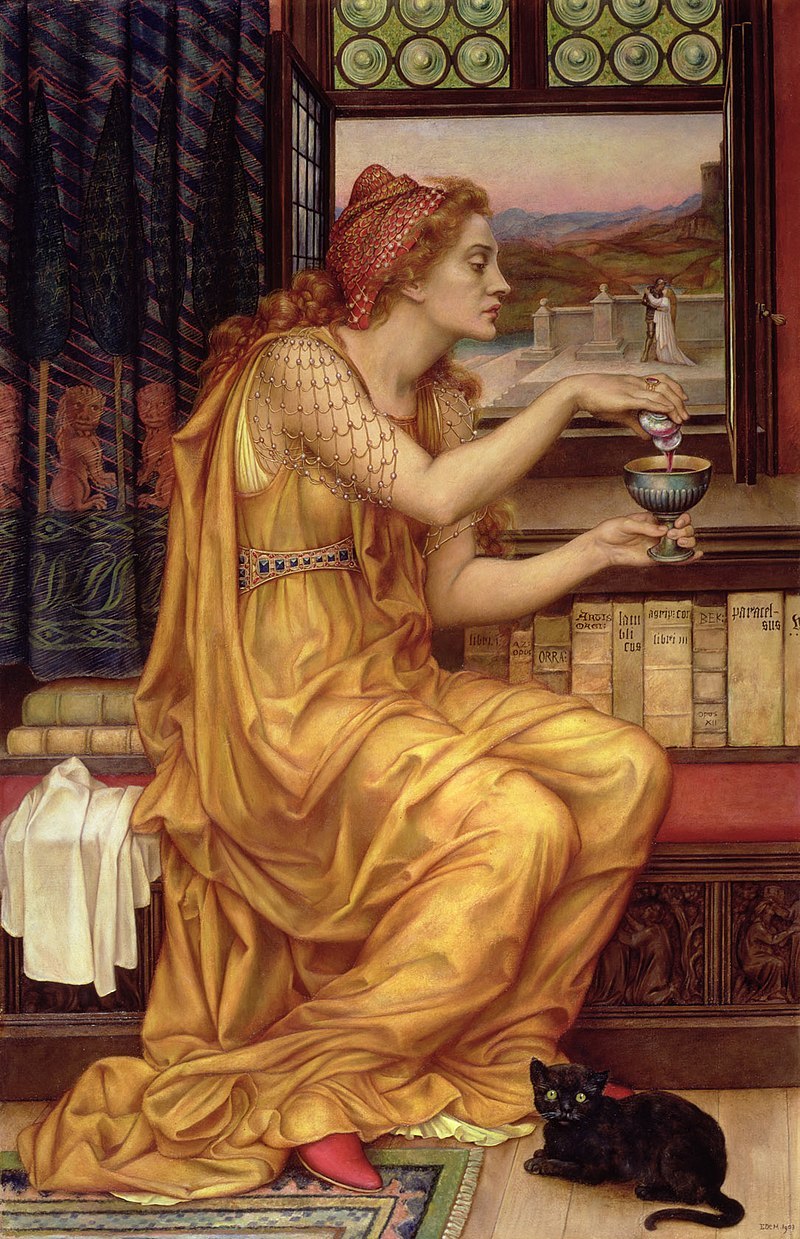 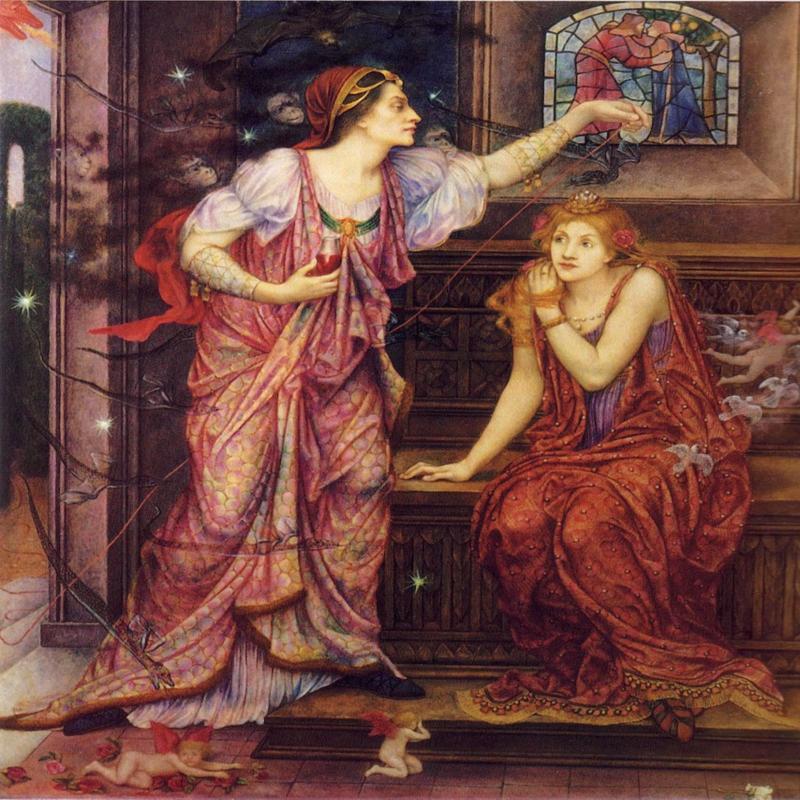 Queen Eleanor and the Fair Rosamund 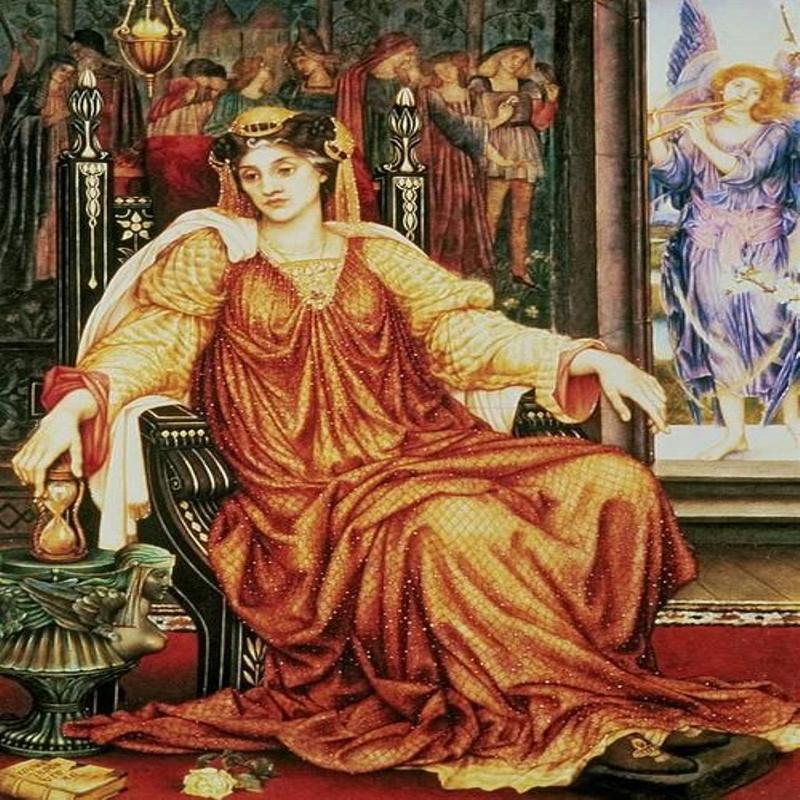 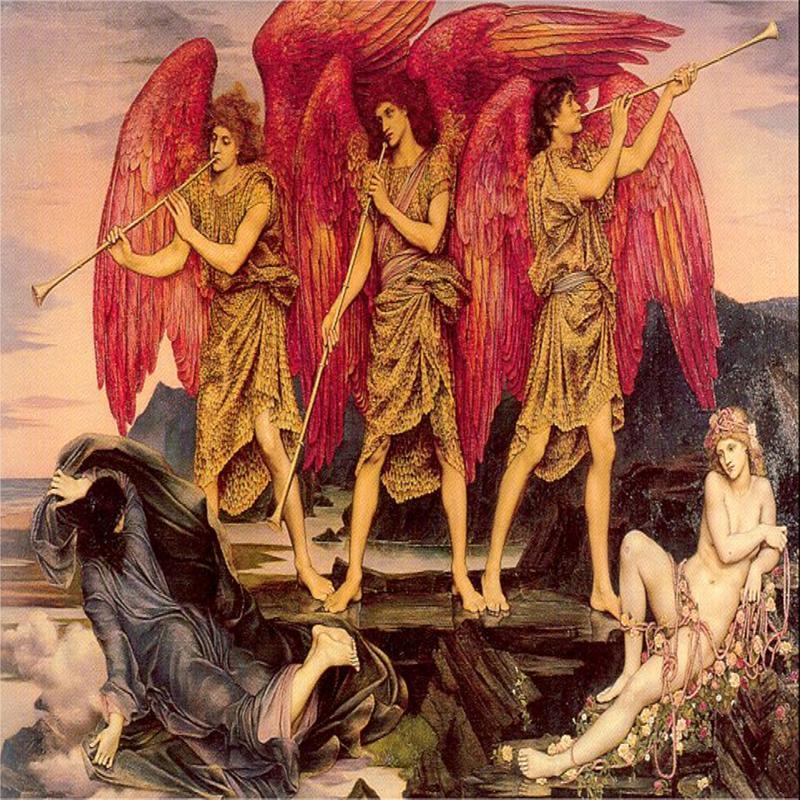 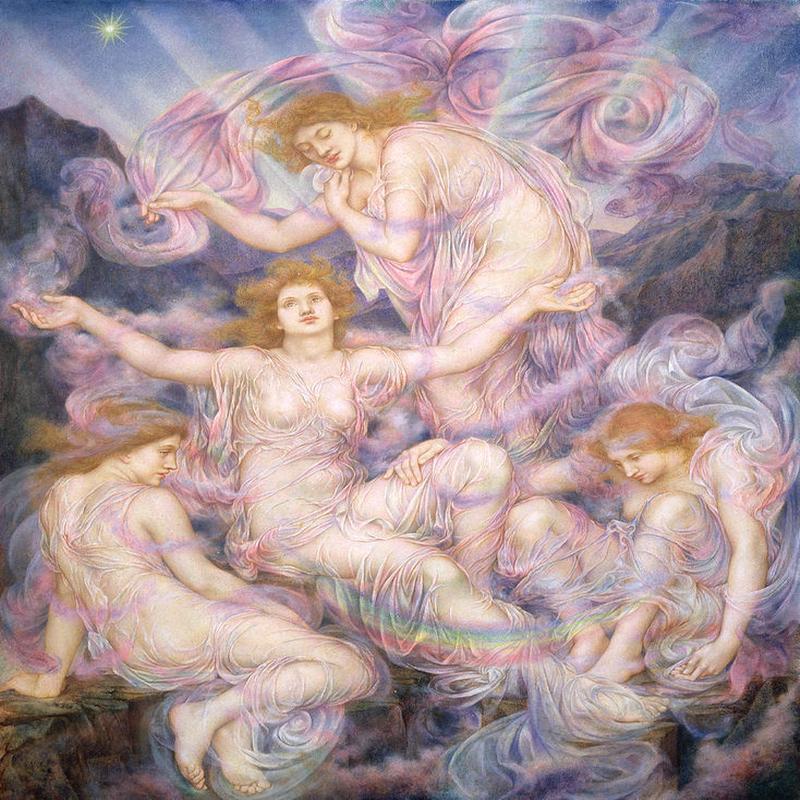 Daughters of the Mist 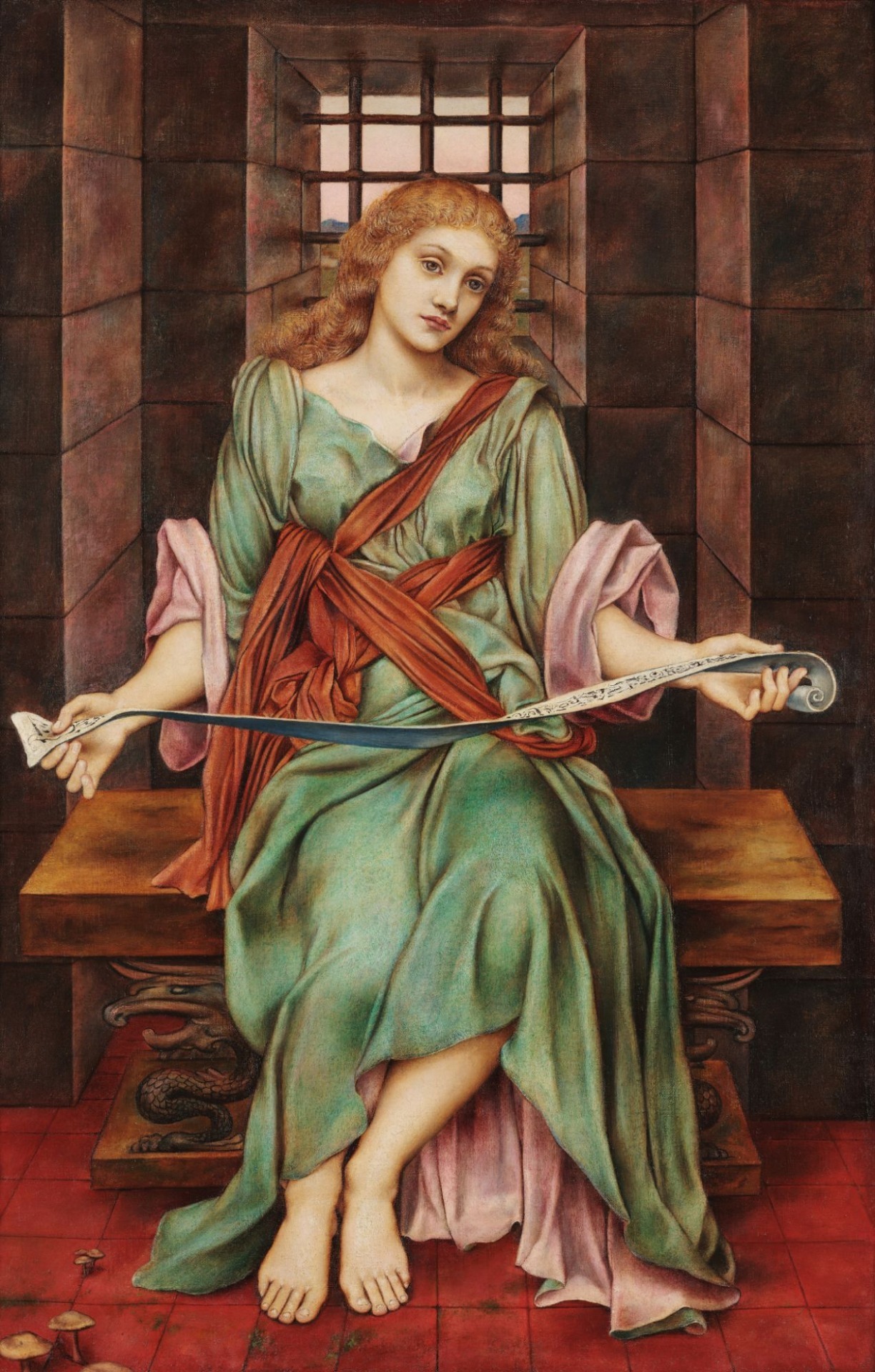 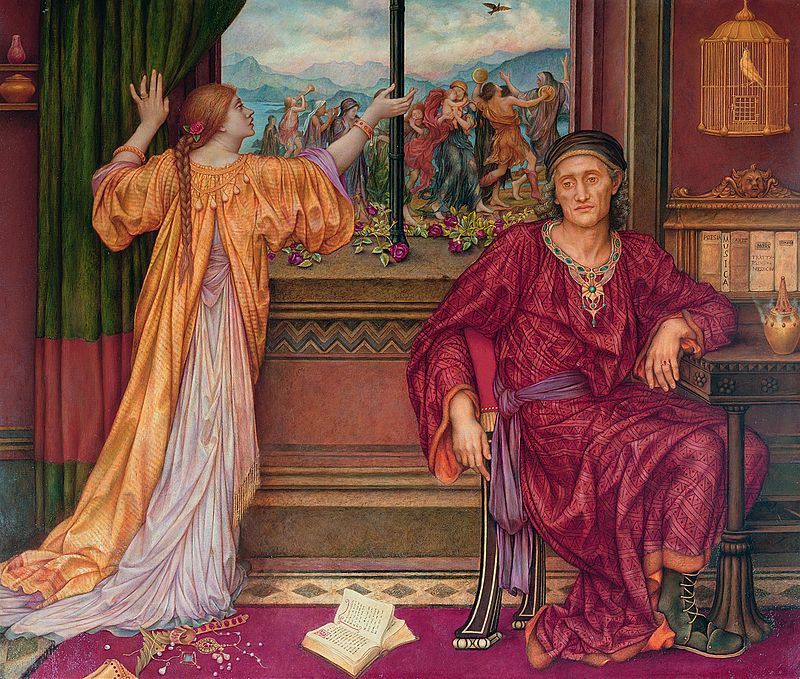 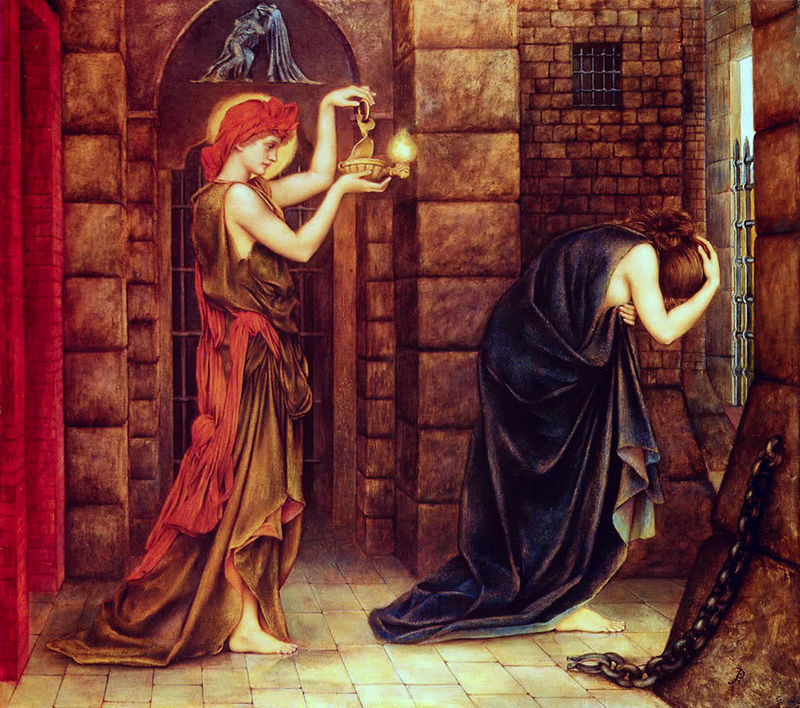 Hope in a Prison of Despair 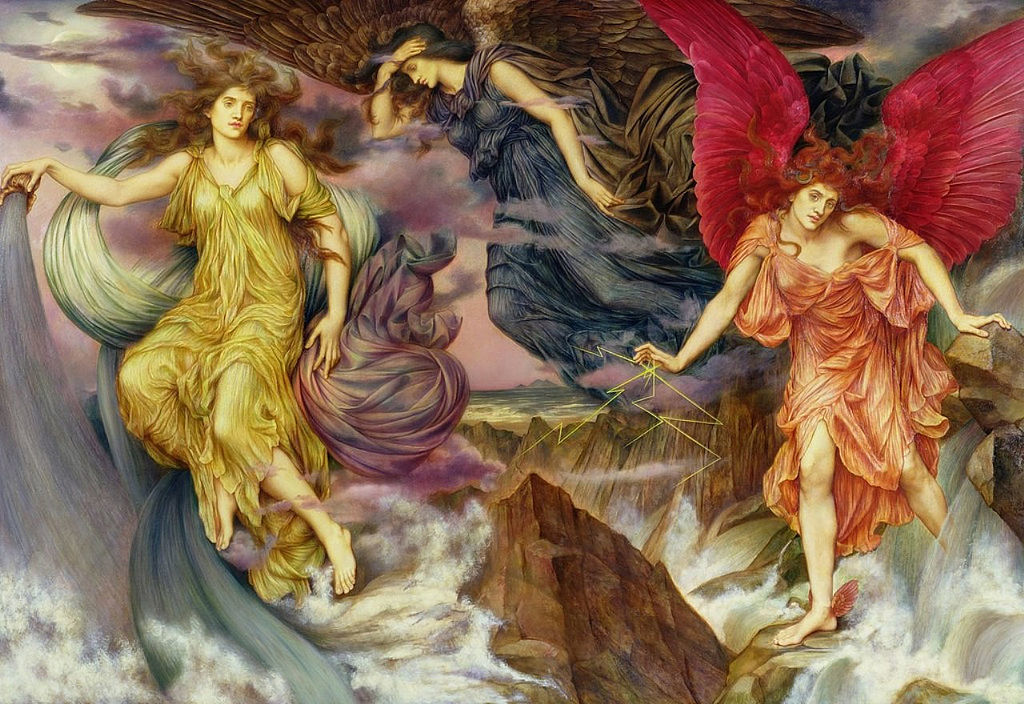 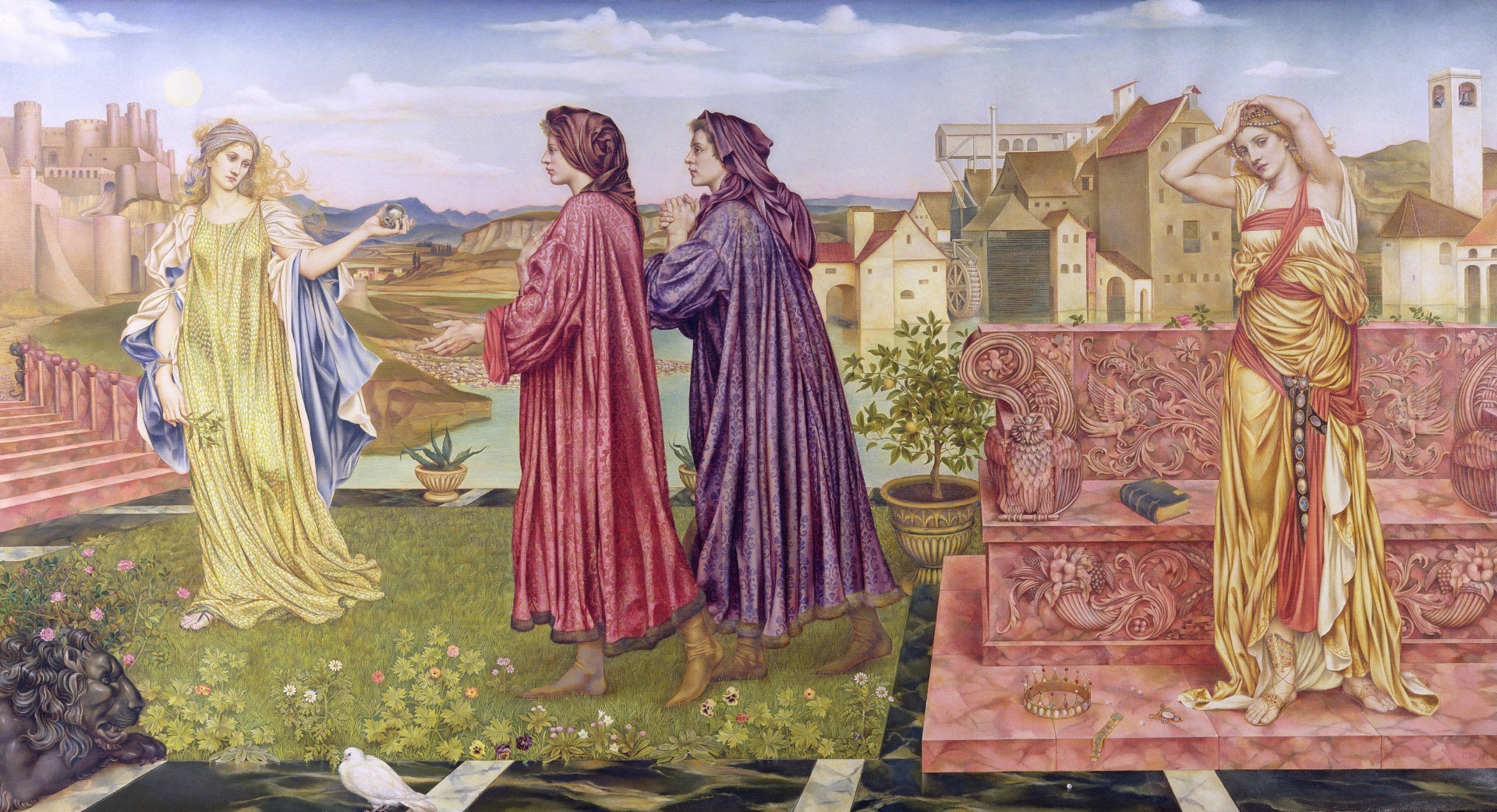 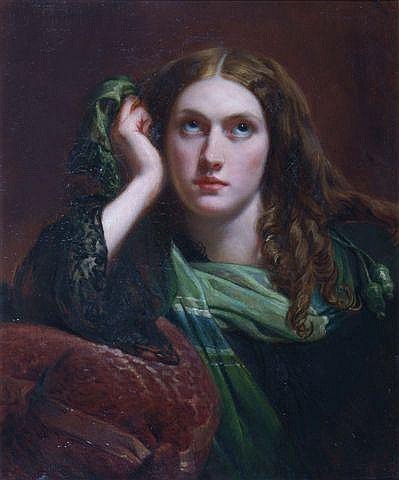 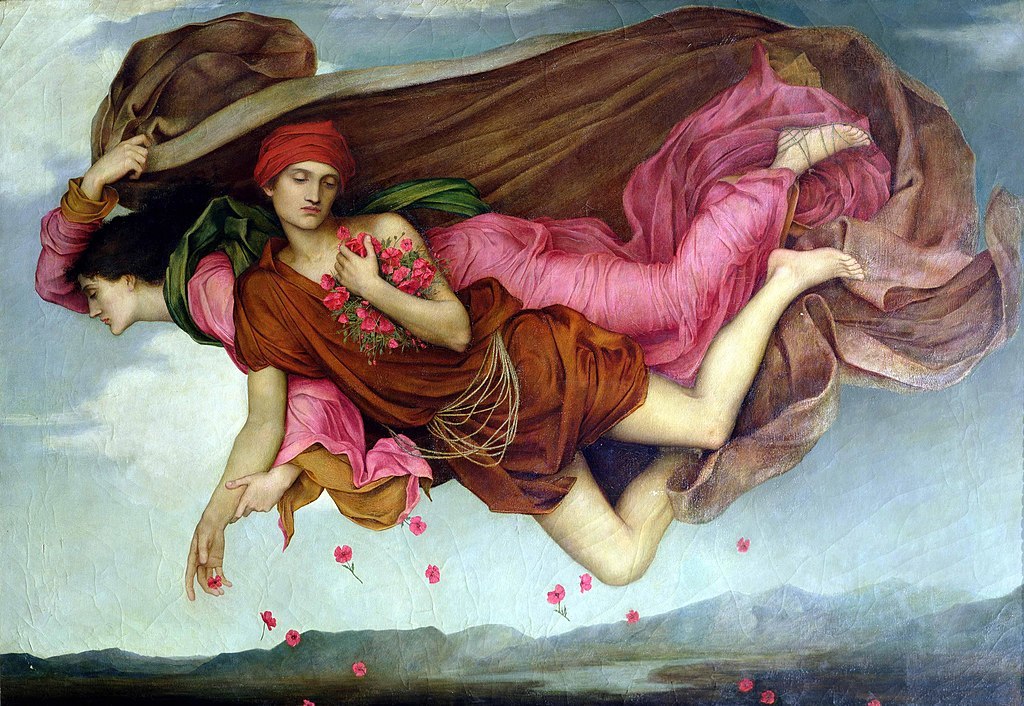