Grace Darling: The Girl with the Windswept Hair

Posted on 30th March 2021
Grace Darling was a celebrity and despite rarely ever leaving her home on the remote Farne Islands in Northumberland she was to become one of the most famous and celebrated women in Victorian Britain.
She was born on 24 November 1815, in the small town of Bamburgh one of 9 children and her early life was unexceptional. She was educated to the standard thought proper for a young woman, displayed little flair for learning or anything else for that matter, and appears to have spent her childhood fairly unnoticed. Her father, William, was the Keeper of Longstone Lighthouse on the Farne Islands where she was raised and to all intents and purposes it seemed that Grace’s life would be spent in rural obscurity, and so it would have been but for one of those stormy autumn nights so common on the north-east coast of England. 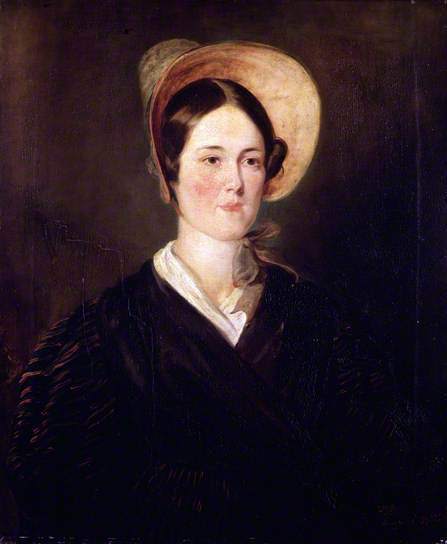 As dawn broke on the 7 September 1838, Grace woke to a miserable morning and the sound of the wind swirling about and the rain lashing down. As she dressed she glanced out of the window to see a ship stranded on the jagged Harcar rocks below. She dashed down the stairs to inform her father and together they could see that there were people desperately clinging to the rocks for survival.
The ship was the SS Forfarshire which had been carrying 60 passengers and crew. It had hit the rocks the previous night and split in two, the stern section having already sunk with those on board drowned.
The weather was absolutely foul and those clinging to the rocks must have been doing so for hours already so there was no time to wait for assistance something had to be done right away.
Grace’s father decided that the sea was too rough for them alone to launch the lifeboat and instead the 21 ft long rowing boat was pulled from its shed. As the only other person present, apart from her mother, Grace would have to accompany her father. She did not demur but put every ounce of effort into rowing through the heavy seas and driving rain to where the few desperate and exhausted survivors were clinging on for dear life. 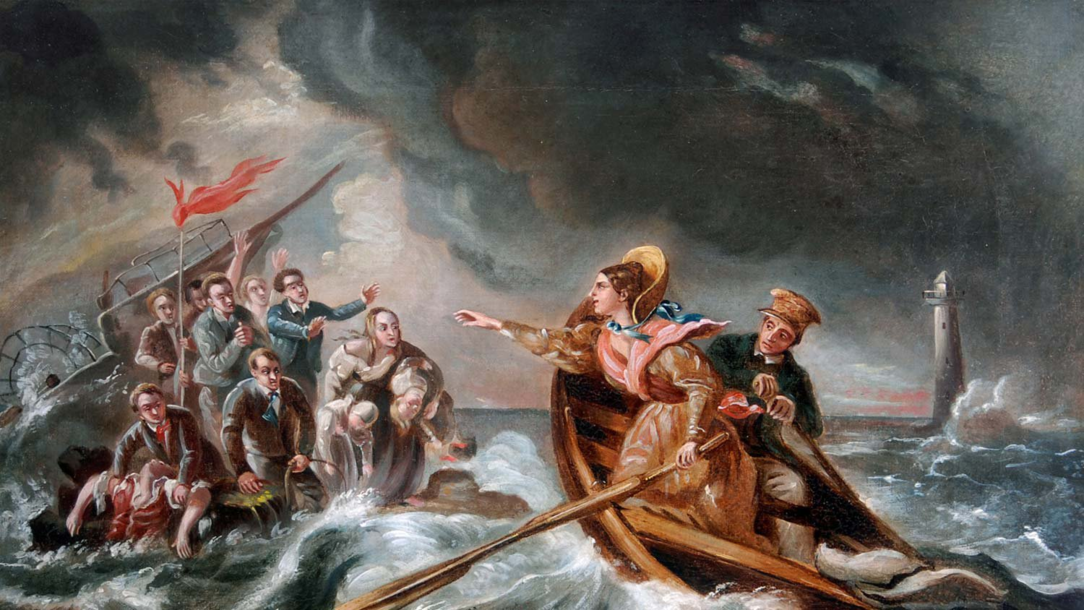 As her father jumped onto the rocks to help the survivors into the boat it was the petite Grace’s task to keep the boat nearby and maintain it on an even keel while at the same time bailing it out. This she managed to do and on their first attempt they managed to rescue four people including a vicar and a Mrs Dawson who had lost both her children when the stern section of the ship sank.
Arriving back at the Lighthouse Grace was all ready to go again but three men had since arrived from the town and so instead she remained at the Lighthouse comforting the victims and making tea. Her father William rescued the remaining eight survivors from the rocks while another nine where later picked up from a lifeboat by a passing steamer.
As news of the rescue spread so did the awareness of Grace’s role in it and she became an overnight sensation as her heroism fired the Victorian imagination. Here was the very model of Victorian Womanhood, the devoted daughter modest, selfless and brave. The public hunger for information was immense and the press could not write enough about her - who was this woman who had risked her own life to save others from a horrible death? What did she look like? How did she dress her hair? Was she courting? 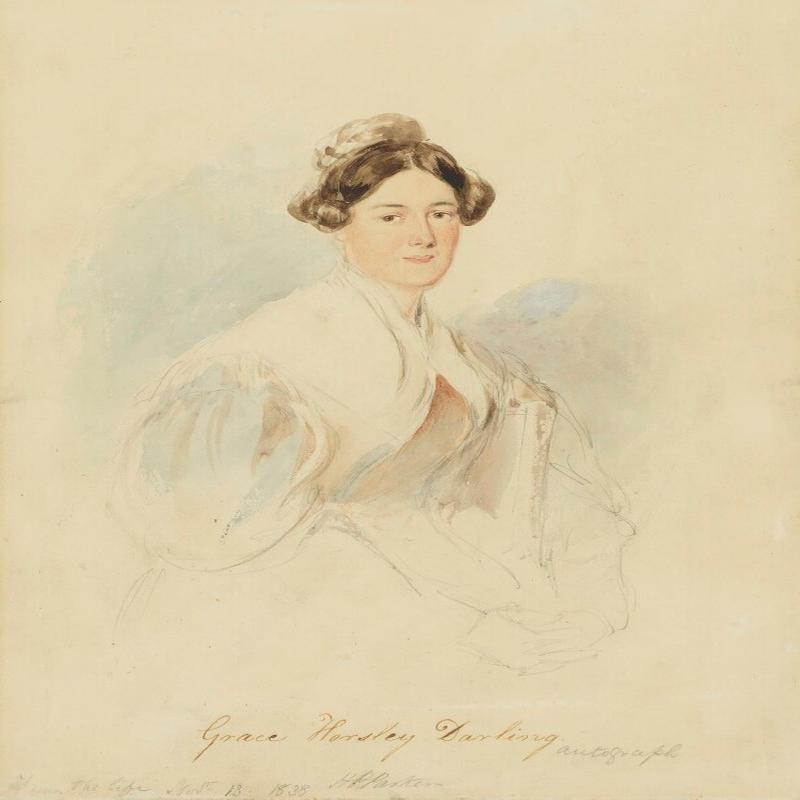 She was inundated with requests for a lock of her hair, a piece of the dress she wore that night. Artists wanted to paint her and her image adorned tea caddies, postcards, chocolate boxes. Every girl’s annual carried her story and even Queen Victoria wrote her a letter along with a cheque for £50. Subscriptions were started in her honour, though Grace was never to touch any of the money raised.
In 1839, the popular Victorian novelist Jerrold Vernon published a romantic and largely fictitious account of the events of that night. It became an instant bestseller and as a result Grace would become known ever after as “the girl with the windswept hair.”
Grace was uncomfortable with all the attention and tried her best to avoid it. She turned down the many invitations to attend events held in her honour and made only one very short trip to London. She did however, reply to all the letters she was sent and tried to satisfy all the many demands for trinkets of her life and mementoes from the night of the rescue. But when she was asked did she never tire of always remaining in the one place she replied:
“I have seven apartments in the house in a state fit to be inspected by a gentleman every day.” Her seeming desire to be a homemaker, wife and devoted helpmate only added to her lustre.
Alas, Grace Darling would never get the opportunity to marry for on 20 October, 1842, a mere four years after the events that had made her so famous she died of consumption aged just 27, and Victorian Britain went into mourning for the loss of their perfect woman.
In 1880, her sister Thomasina wrote a biography of Grace in an attempt to inject some reality into her life. In its pages she paints a very different picture of her sister. She was not always the devoted daughter and demure homemaker but a lively and often self-willed young woman. Neither was she as uncomfortable with her celebrity as it had been portrayed but enjoyed the attention and only played it down so as not to offend her father who was intensely jealous of her fame and upset that his role in the rescue had been largely ignored.
But by this time no one was listening, they were not interested in the truth, they already had the legend.
Tagged as: Victorian, Women
Share this post: