Posted on 7th October 2021
Victorian London was the largest and most prosperous city in the world. A vibrant place it flourished as the hub for commerce from around the world. Its streets it was said were paved with gold. They weren’t of course, for though its wealth may have been great its poverty was no less so.
The residents of the West End may have lived in luxury waited upon by servants but within walking distance of the peacock pomposity of Rotten Row and other fashionable venues lay an East End of filth, squalor, starvation and degradation; a place of beggars, drunkards, opium addicts, prostitutes and thieves that seethed with violence. Somewhere that was best forgotten let alone visited. 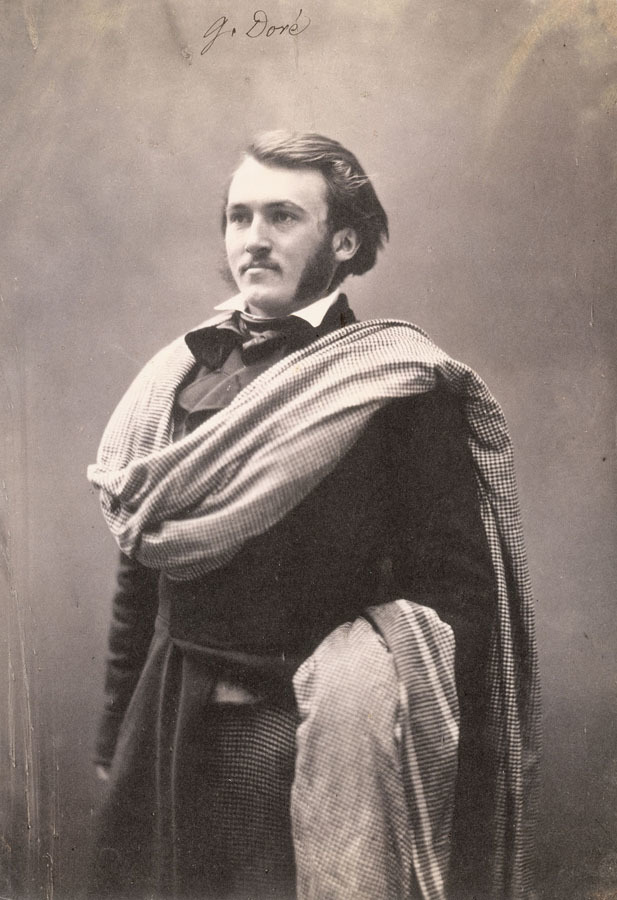 One man thought otherwise and took to frequenting its cramped streets, its dark alleys, its illicit dens of sin and vice. He did so at night when the city fell into an uneasy sleep but he was no fool and did so dressed in a rough working man’s clothes and with a police escort.
He was the French artist and engraver, Gustave Dore who recorded what he saw in notebooks when light allowed and posited to memory when it did not.
The result of Dore’s excursions into the lesser known London was his book of 180 images and engravings – London: A Pilgrimage (1872) witnessed fist hand but imagined in the artist’s garret. It was to prove a commercial success but it was not to be without criticism:
Why did Dore focus so much on poverty, they asked? Was it the natural antipathy of a Frenchman towards the English? He was accused of not depicting what he saw but scenes from his own clearly bigoted and disturbed imagination: 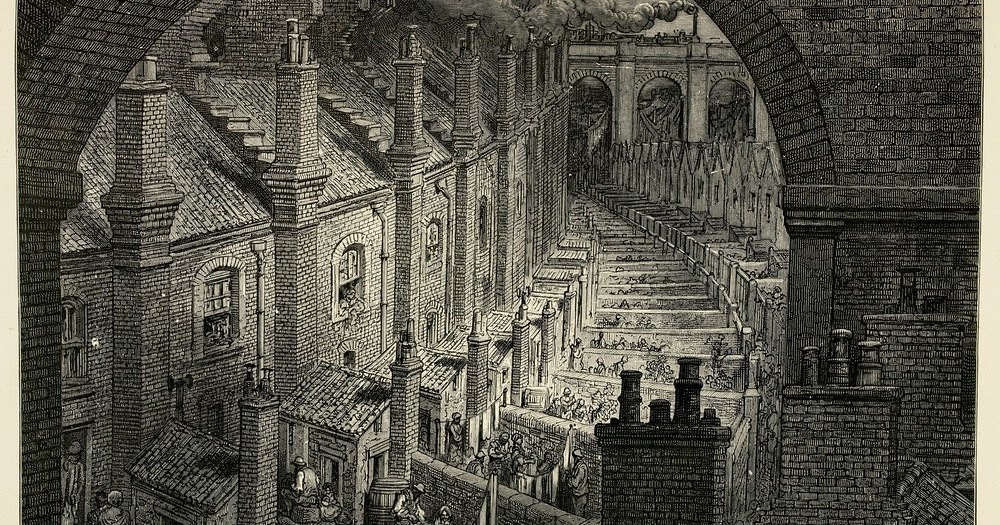 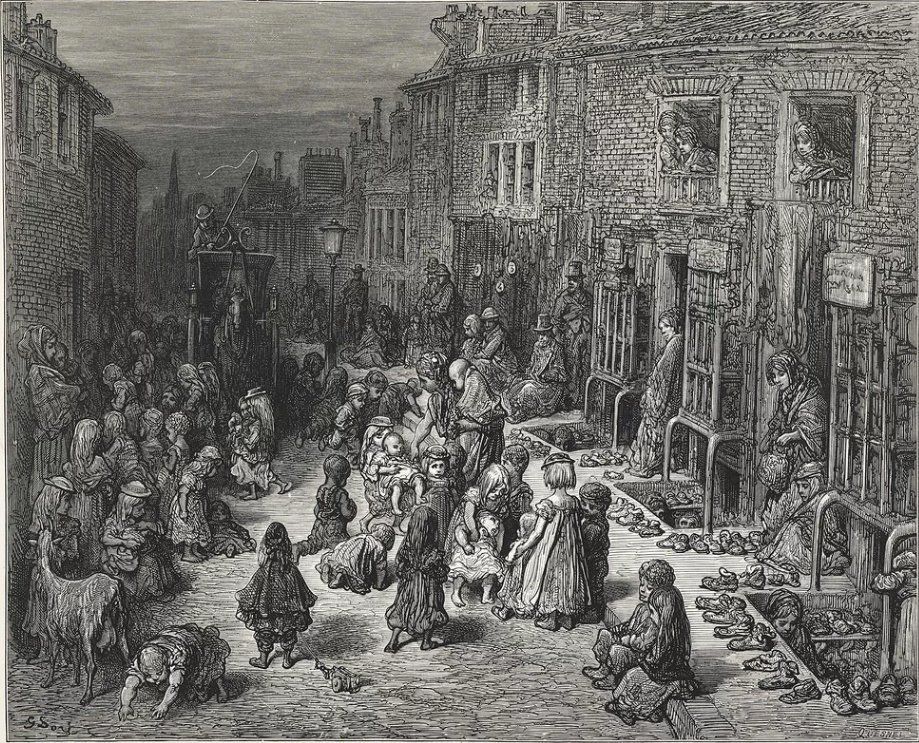 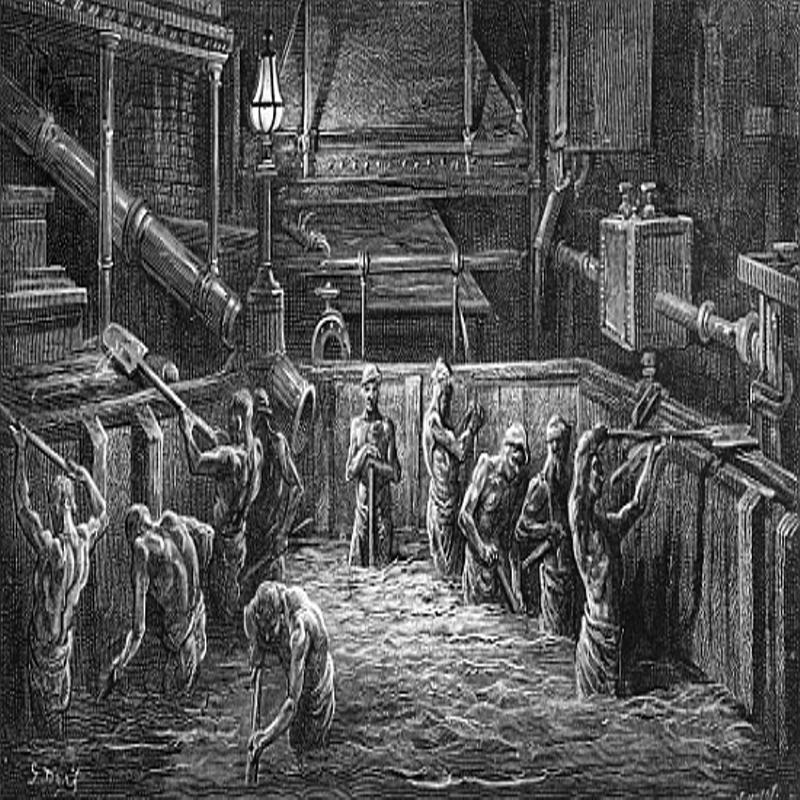 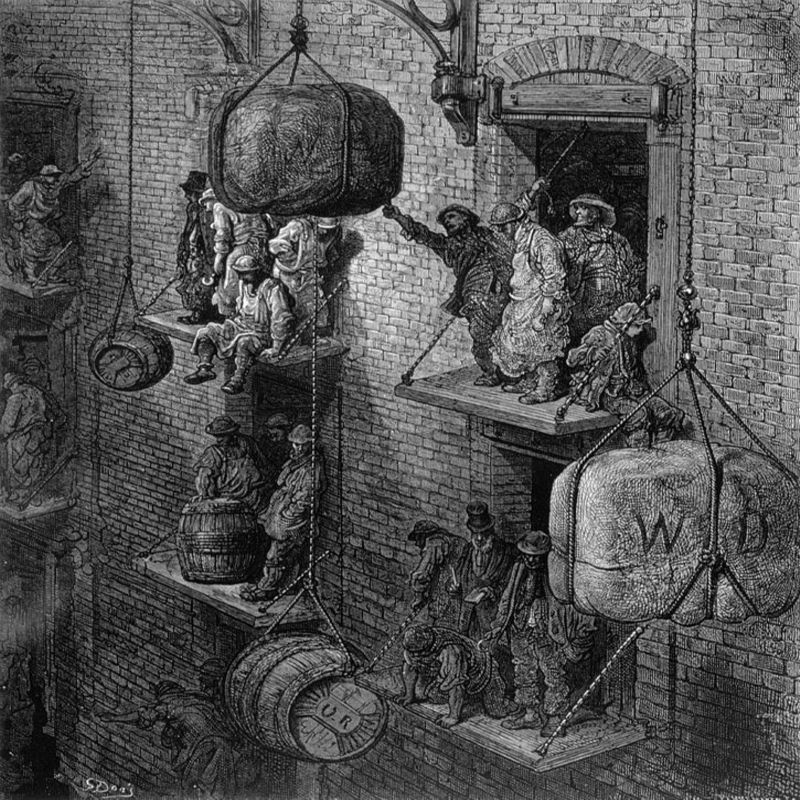 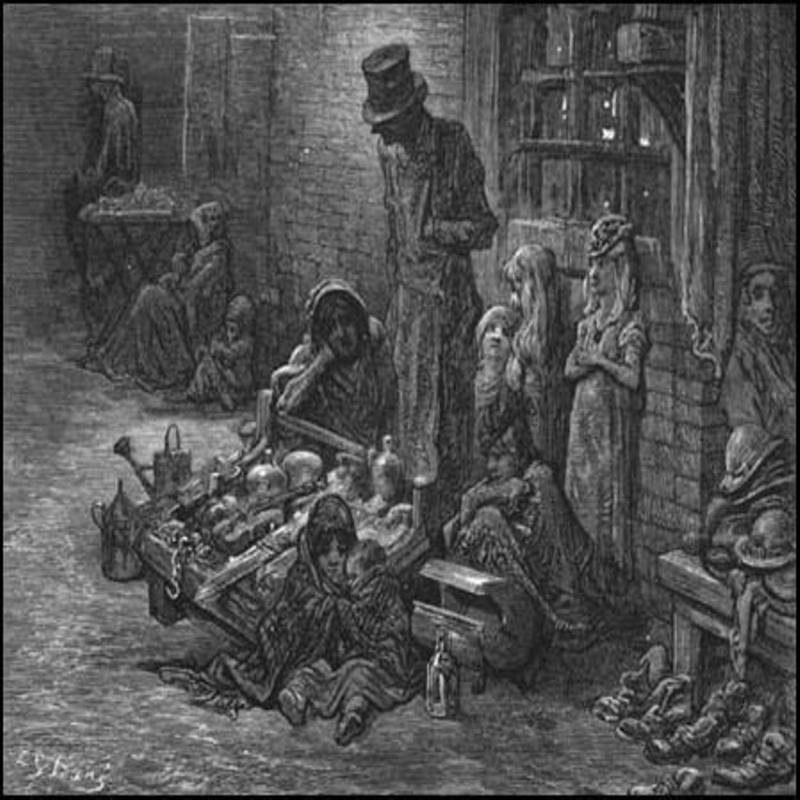 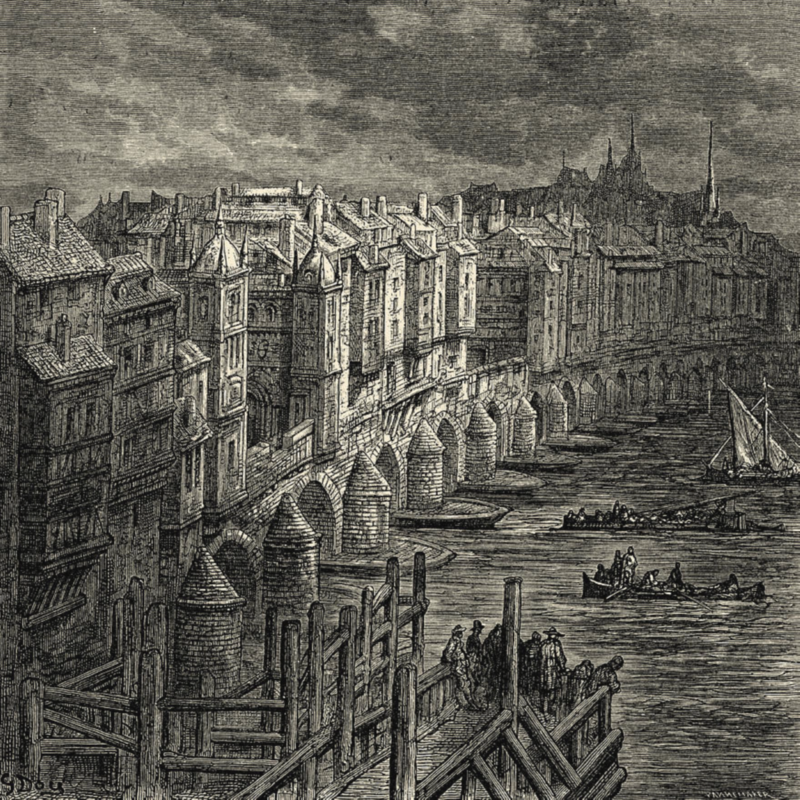 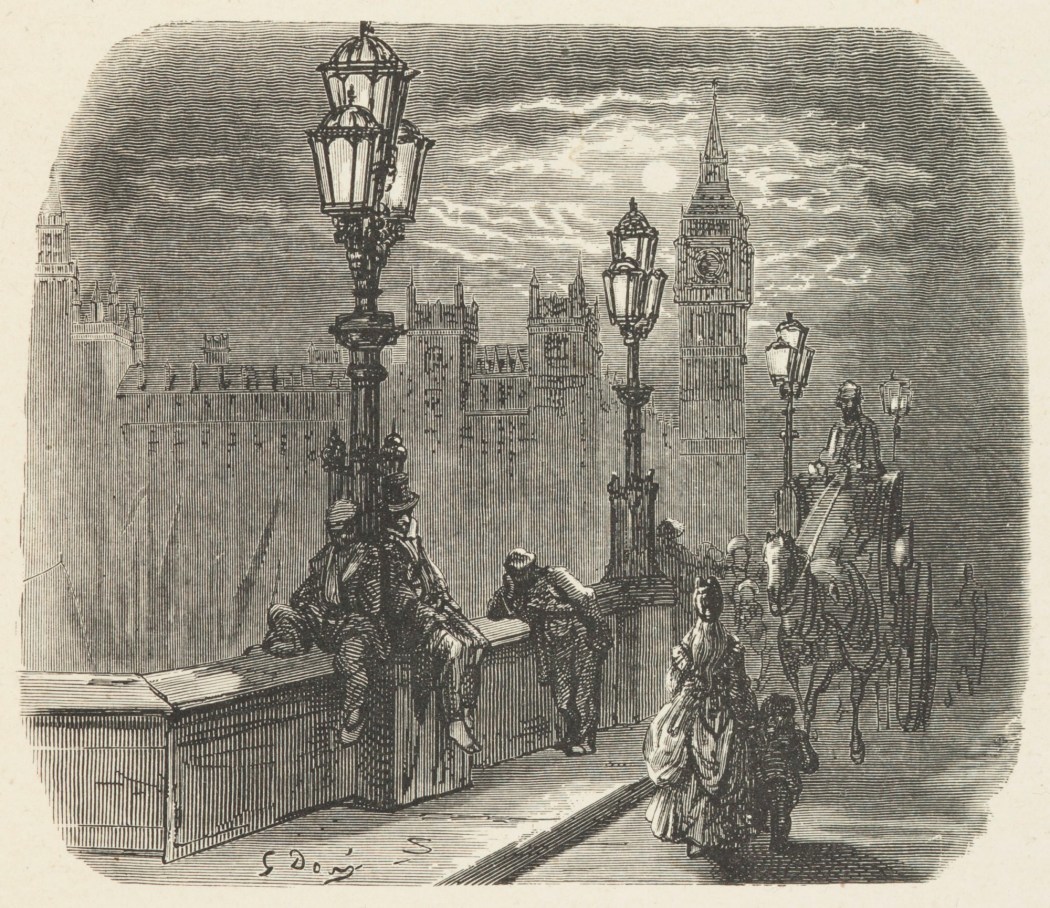 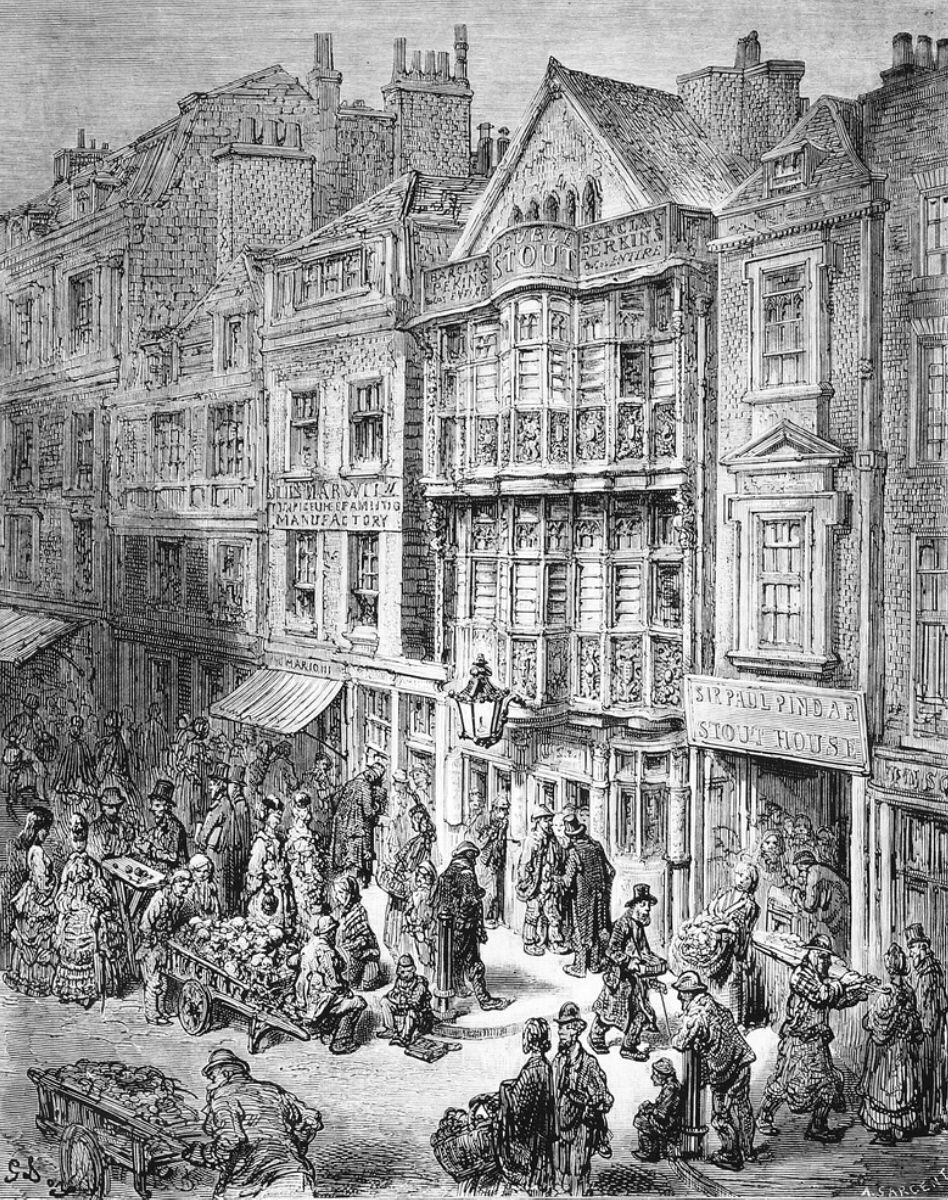 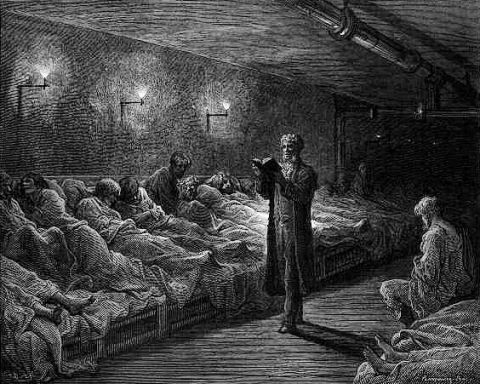 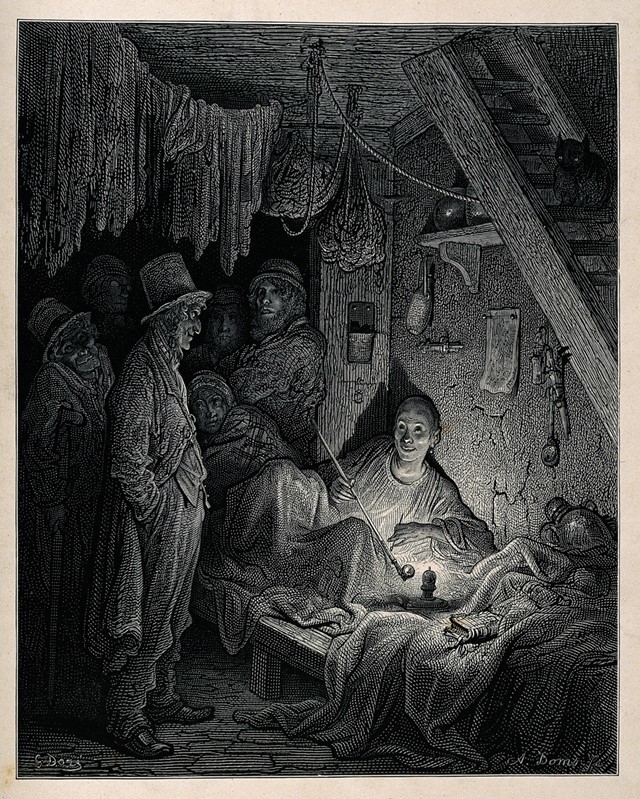 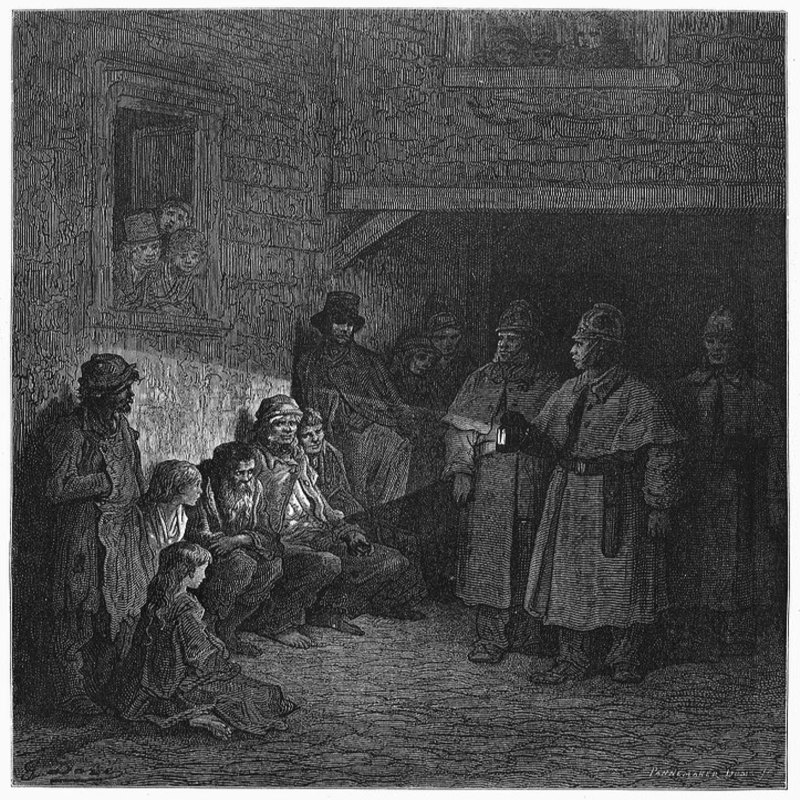 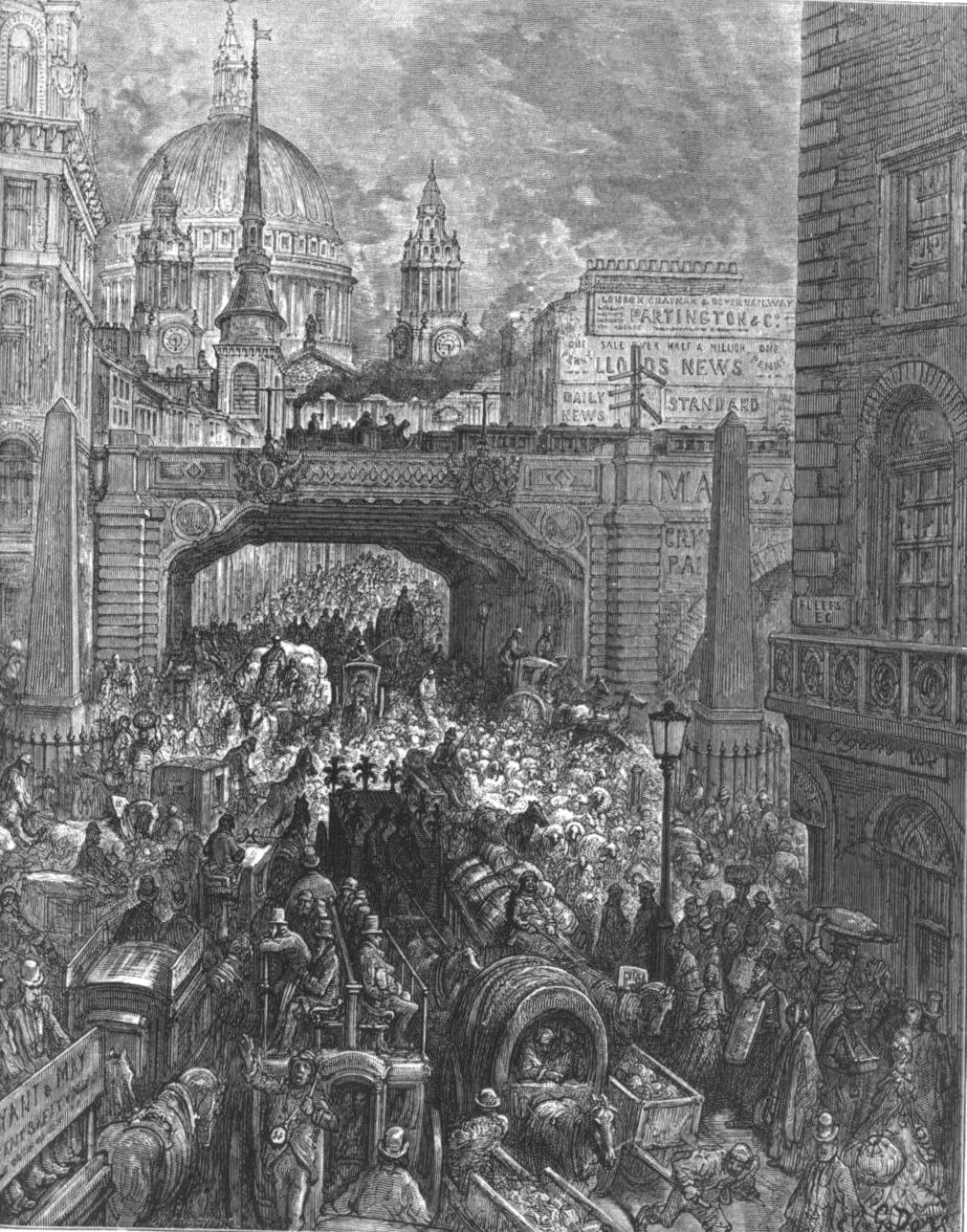 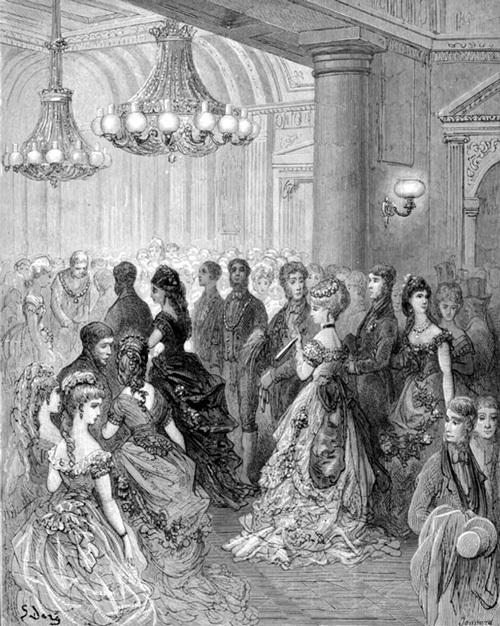