Posted on 27th March 2021
Henry Morton Stanley, the man who found the famous Dr Livingstone is often thought of as an American but was in fact born John Rowlands, in Denbighshire, Wales, on 28 January 1841.
His birth certificate indicated that he was illegitimate a stigma that would remain with him all his life while the man he knew as his father was an alcoholic who had little time for his family. He was in truth an unwanted child who was farmed out to be raised by relatives until at the age of ten he, along with his siblings were sent to the Workhouse. In time, he would become so distant from his family that when he met them he had to be formally introduced and told who they were. 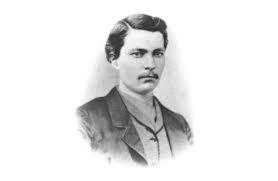 Conditions in the Workhouse were harsh but John taking advantage of the limited opportunities available worked hard to acquire an education and finding work as a teacher by the age of 18 had acquired enough money to purchase his passage to America. Although it remains possible he simply stowed away for when the ship arrived in New Orleans he absconded and swam ashore before it docked. Either way, it was unfortunate timing for in 1859 the United States was on the brink of Civil War.
In no time at all he had befriended a wealthy local trader Henry Hope Stanley becoming to all intents and purposes the old man’s adopted son, taking his name and even feigning an American accent. He was always quick to deny that he might be other than what he seemed and any suggestion that he might be of British extraction he vehemently denied. Indeed, he invented an entire life history for himself.
He had no time for the Negroes he saw everywhere in the South and became an enthusiastic pro-slavery man not that he had any intention of fighting to maintain the so-called peculiar institution. He wanted only two things in life, to be rich, and to be famous so when he was drafted into the Confederate Army it was only with great reluctance that he took up arms.
Having been taken prisoner at the Battle of Shiloh in 1862, he promptly deserted to the other side and briefly served in the Union Navy before deserting them as well. For the rest of the war he maintained a low-profile only emerging once again in 1867, this time as a journalist.
The owner of the New York Herald, John Gordon Bennett, was impressed by Morton’s no-nonsense style of writing and by his exploits mostly fabricated. He soon became the papers Foreign Correspondent where he gained a reputation for always being first with the news, though most of it was inaccurate and made up on the hoof. Unscrupulous, of unlimited ambition and with little in the way of a moral compass Henry Morton Stanley was in almost every respect the polar opposite of the man who would make him famous and with whom he would always be most closely associated.

David Livingstone was born on 19 March 1813, in the Scottish Mill Town of Blantyre and raised in a strict and stable Presbyterian family. Although his family were by no means poor, at least not by the standards of the day, David had to forego a proper education to work up to twelve hours a day in the local Cotton Mill. In his spare time he would read avidly, however.
His father tried to steer his studies towards theology but David was eager to learn science believing that the two were not mutually exclusive and that science could be used to do God’s work. So in 1840 he moved to London to study medicine. Once settled in the city he joined the London Missionary Society where he could at last combine his two great passions – medicine and God.
Livingstone was eager to begin his missionary work as soon as possible. He wanted to go to China but the country at the time was in a state of civil war and considered too dangerous. Instead, he was persuaded to travel to Africa.
For all his years of missionary work in Africa he was only ever to convert one man to Christianity and he was later to be denied Communion for marrying multiple women. It was a fact that many of the native tribesmen who turned up to listen to his sermons only did so to laugh at and mock this strange white man standing on a pulpit and reading from a book. Livingstone was fully aware that he was little more than a figure of fun and soon decided that God’s work would be better fulfilled in exploration than preaching.
Between 1849 and 1851, he travelled across the Kalahari Desert where he became the first white man to sight the Zambezi River. In 1855 he stumbled across the Mosi-oa-Tunya or the Smoke that Thunders, a giant and spectacular Waterfall that he promptly renamed Victoria Falls. In 1856 he had become the first white man to travel the width of southern Africa and the geographical and scientific information he gathered was to transform European understanding of the so-called Dark Continent. By the time he returned home he had become a national hero.
Back in Britain, Livingstone published his book ‘Missionary Tales’ which became an instant bestseller and embarked upon a lucrative speaking tour. He was also invited to join the National Geographical Society and petitioned the Government to fund his future expeditions. Such was his reputation the Government actually appointed him its Consul for the East Coast of Africa.
In March 1858, he set out on his Zambezi Expedition to discover a navigable route into the heart of darkest Africa. But for all his early success he never really had the makings of a true explorer. He was single-minded enough and determined but he lacked expertise. He was also a prickly character, moody, self-righteous and secretive. He rarely shared ideas and was unwilling to accept criticism. His impetus came from his unwavering religious conviction and his strong sense of predestination. When his wife, Mary Moffat, died from malaria he paused only long enough to bury her but despite his determination to carry on regardless his Zambezi Expedition, despite discovering Malawi, was not deemed a success and the Government ordered its recall. For the first time in his life the press did not treat him favourably and the criticism he received hurt him deeply.
He would seek to make amends for his failure and in January 1866 he left Zanzibar to search for the source of the River Nile. Despite discovering Lake Bangewulu the expedition wasn’t a success and those who accompanied him on the expedition found him impossible to work with and soon began to desert and make their own way home. He then had his medicine and supplies stolen and became reliant upon slave traders whom he professed to despise, for both directions and food. Indeed there were occasions when he was only provided with food if he agreed to eat in public for the amusement of the natives who had never before seen a white man. By this time he was also suffering from pneumonia and cholera and his health was in sharp decline. Then he disappeared.
No one knew what had become of the great explorer and rumours as to his fate were manifest – had he gone native? Was he being held captive? Had he been sold into slavery? Some even suggested that he had been eaten by cannibals, but most assumed that he was dead.
Nothing had been heard of the famous Dr Livingstone for so long that his whereabouts were becoming a global fixation.
John Gordon Bennett at the New York Herald thought he had just the man to find him – Henry Morton Stanley and he told his Foreign Correspondent, “I don’t care how much it costs -Just get me, Livingstone!”
Stanley set about his task with some urgency for his was just one of many expeditions that had set out in search of the great man. He was adept however at gathering information or at least bribing people to part with it, and he eventually traced Livingstone to the town of Ujiji on the shores of Lake Tanganyika. 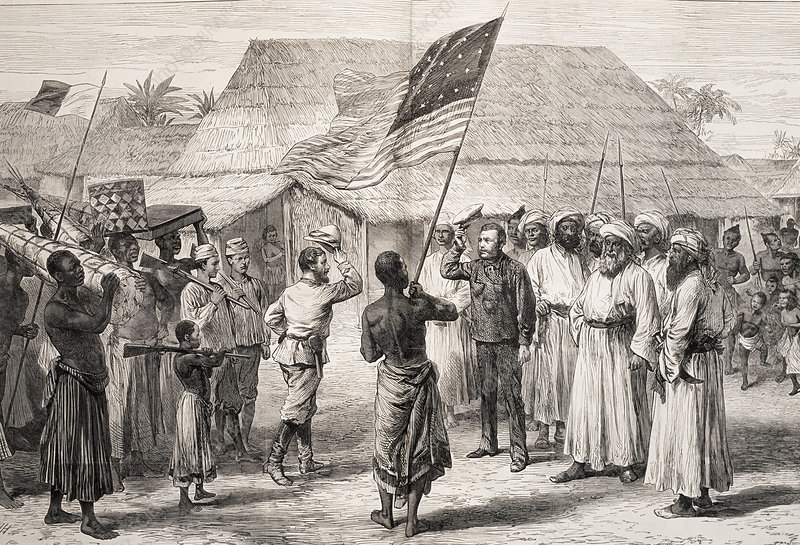 On the late afternoon of 27 October 1871, he approached the famous explorer and uncertain how to greet him nervously uttered the words: “Dr Livingstone, I presume?” To which Livingstone replied: “Yes, that is my name, and I am thankful to be here to welcome you.”
It was a moment of classic understatement.
But Livingstone was clearly no longer the man he had once been. He was pitifully thin, physically weak and unsteady on his feet. The single-minded determination that had once been the benchmark of his character had diminished to the point where his mind would wander and he would ramble incoherently. In fact, Stanley was later to say there were times when he seemed in a state of utter confusion.
Despite his best efforts Stanley was unable to persuade Livingstone to leave Africa and return home but over the next few years he was to go some way to restoring his reputation through his columns for the New York Herald.
On 1 May 1873, David Livingstone died of dysentery the final hours of his life he had spent knelt at his bedside in prayer.
Following his death the publication of his journals which described in detail the iniquities of the slave trade helped inspire its abolition around the globe and his exploits encouraged other missionaries to follow in his footsteps. With Livingstone gone, Stanley was eager to take up his mantle but as he was soon to show the two men approached their work very differently. Whereas Livingstone travelled light and carried weapons only for self-defence, Stanley’s expeditions were armed camps. Where Livingstone admired the tribesmen he met and treated them with respect, Stanley had nothing but contempt for them believing that shooting a number of natives taught them a damned good lesson!
In 1876, he was approached by representatives of King Leopold II of Belgium to lead an expedition into the Congo. He was told that the King wished to bring Christianity and Civilisation to the dark heart of Africa really just wanted to carve out an empire for himself.
The Belgium Congo was to be Leopold’s personal fiefdom, and under his control it was to be the most brutal and repressive regime on the African Continent. His incompetence, mismanagement and callous disregard for human life lead to the death of around 2 million people. 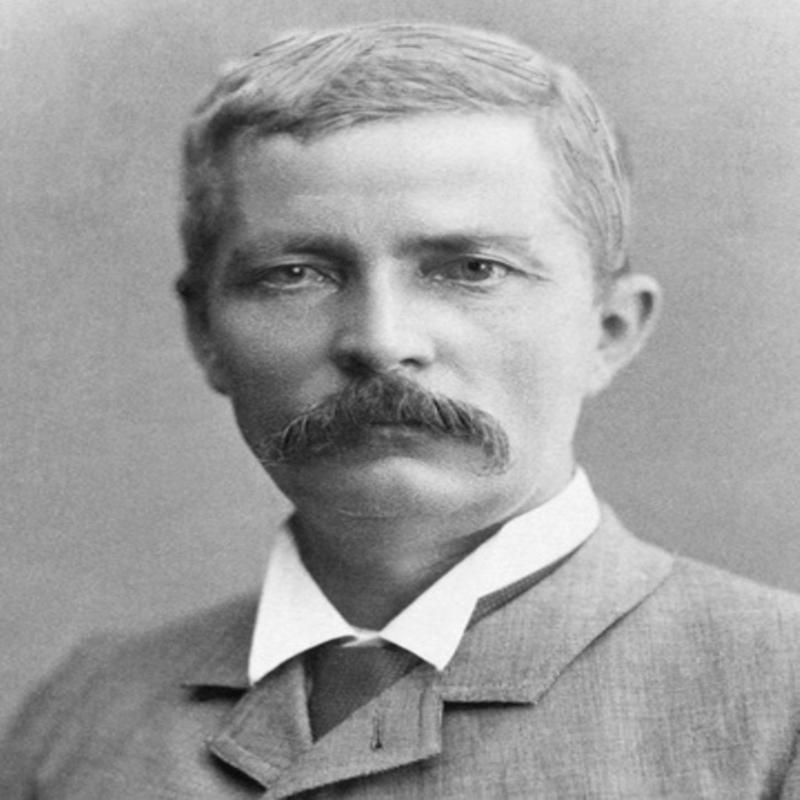 Despite being lied to regarding Leopold’s true intentions, Stanley was only too happy to co-operate and became the King’s effective Governor in the Congo. He built roads with forced labour and struck deals with slave traders. Any Congolese who tried to resist was summarily executed. When the events in the Congo made headlines around the world they caused a furore and Stanley was later to deny that he had ever had anything to do with the brutality of the regime. Eventually in 1908, an embarrassed and humiliated Belgium Government forced the King to hand over the Congo to their care.
In 1886, Stanley led an expedition to rescue Emin Pasha, the Egyptian Governor of the Southern Sudan who had been captured by rebels. The rescue mission was a success but such was the barbarity with which it was carried out that it only served to tarnish his reputation even further.
Returning to England in 1895, Stanley was elected the Liberal Unionist Member of Parliament for Lambeth North, and in 1900 was knighted for his services to the British Empire.
The former Workhouse Boy had gone far and risen high but by the time he died on 10 May 1904, aged 63, he had become best remembered for just four words – “Dr Livingstone, I presume?” which was to become the fun greeting of children for generations to come.
Tagged as: Victorian
Share this post: