Posted on 15th September 2021
On 28 September 1066, Duke William of Normandy landed at Pevensey Bay in Sussex with an army of 20,000 men. The man he was seeking to depose Harold, King of England, was still in Yorkshire however, having just defeated the Viking Army of Harald Hadrada and his brother Tostig at the Battle of Stamford Bridge. Upon learning of William’s arrival he immediately turned his army about and marched south.
The two armies clashed near the town of Hastings on 14 October and after a bloody encounter that was to last the best part of an entire day the Saxon shield wall was at last breached, Harold killed, and the English Army routed. 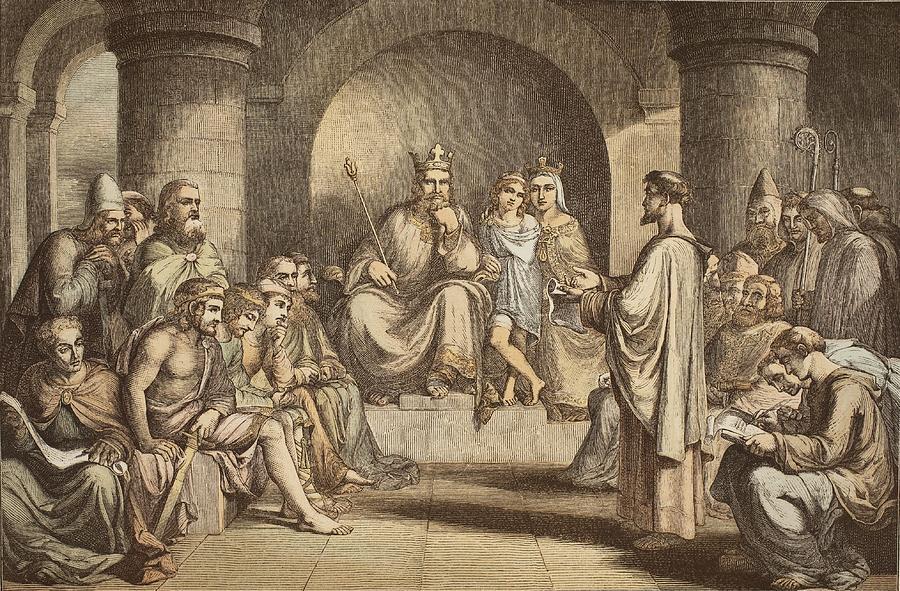 William was victorious but the Saxons did not surrender as he had expected instead the Witan, their Ruling Council, elected Edgar Atheling as its King even though he was just a boy.
William was furious that the Witan had not only refused to accept the outcome at Hastings but by doing so had denied the Will of God. He vented his anger on the people burning their farms, destroying their crops and slaughtering their livestock. Any who resisted he put to the sword.
The Witan was divided and unable to act effectively to stop the bloodshed they agreed to William’s demands and so on 25 December 1066, he was formally crowned King of England at Westminster Abbey.
But whereas the Witan may have yielded to the Norman yolk the country had not.
In February 1067, a Saxon Army led by the late Harold’s mother, Gytha, was defeated at Exeter. Later that same year a rebellion led by Earl Gospatrick broke out in Northumbria while Ealdric the Wild also raised an army opposed to Norman rule in Wales. Harold’s sons also regularly raided the West Country from their base in Ireland.
William was busy then defending his newly acquired territory and built castles and stationed garrisons in every part of the country to so. He also continued his scorched earth policy until by 1070 effective resistance had ended. But one man had other ideas. 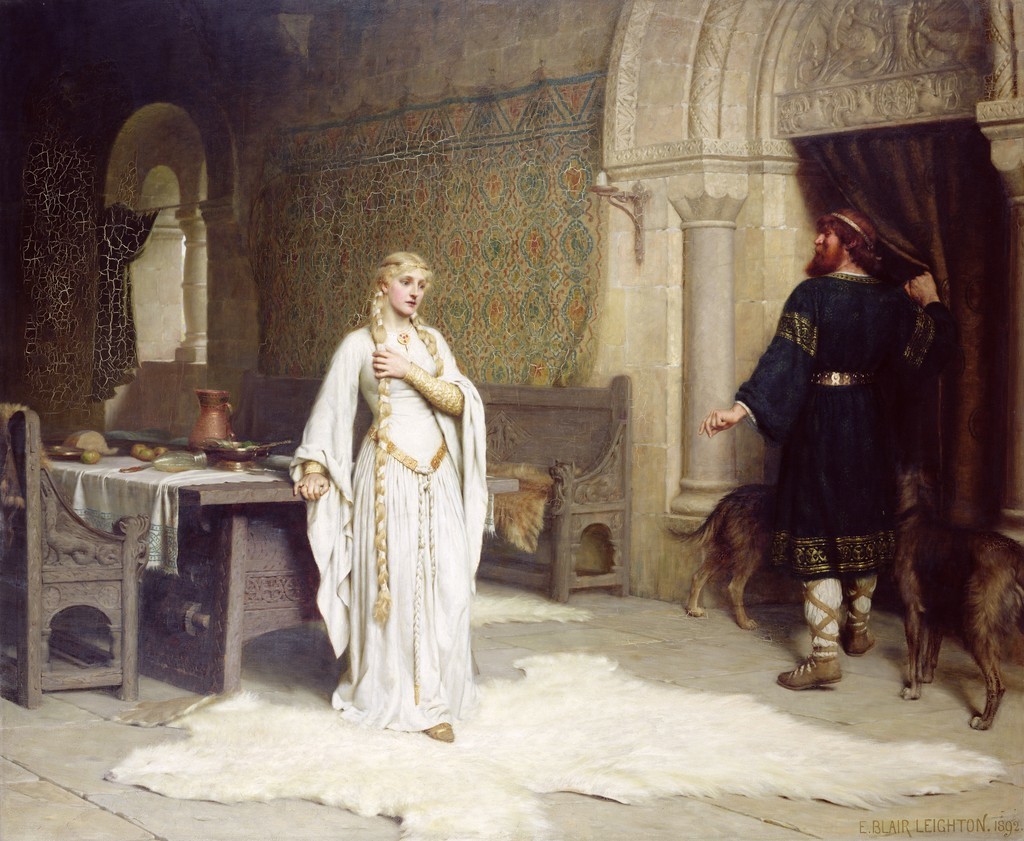 Hereward the Wake was born in Lincolnshire in 1035, the son of Earl Leofric of Mercia and his wife Lady Godiva, she of naked procession through the streets of Coventry fame.
They were powerful and influential landowners who had access to the Royal Court but Hereward was a reckless and hot-tempered youth who had the temerity to argue so furiously with King Edward the Confessor that, aged just fourteen, he had been sent into exile abroad.
Whilst on the Continent he learned the skills of the warrior and fought in many campaigns but it wasn’t until he learned that his father had died that he returned to England to claim his inheritance only to find that following his victory at the Battle of Hastings, William had been busy dispossessing the Saxons of their land and giving it to his Norman nobility.
And so it was for Hereward who arrived home to find the house abandoned and his brother’s decapitated head nailed to the door. He was quick to exact his revenge and over the next few weeks he killed 14 Normans nailing their heads in turn to the very same door but there was nothing he could do about the seizure of his land – other than rebel, of course.
A wanted man he fled to the Fens a place he knew well, a vast area of heavily forested wetlands that covered much of eastern England. Indeed it was so wet its inhabitants were rumoured to have webbed-feet.
Hereward was initially given sanctuary by Bishop Thurston of Ely and it was during this period of seclusion that he set about gathering support and raising an army. He used the connections he had made during his exile in Europe to persuade the Danish King Sweyn Estrithson, to send a small number of troops. He was also joined by Earl Morcar of Mercia. 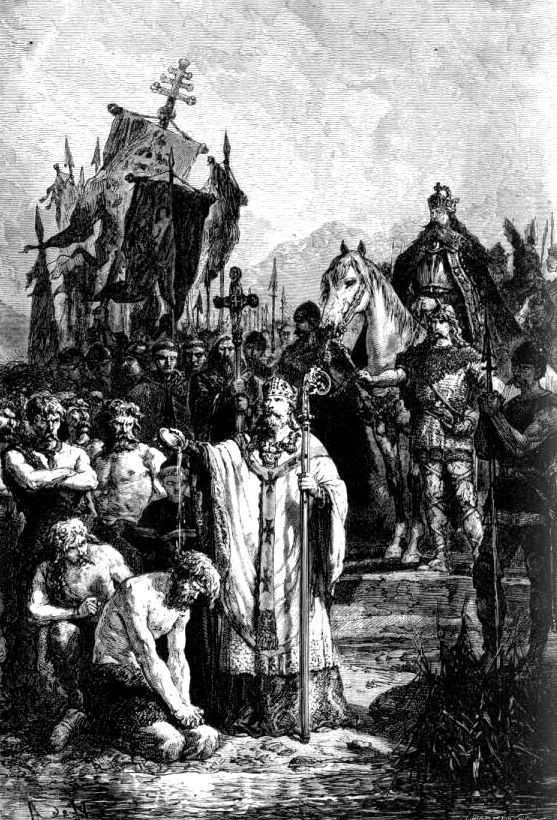 By late 1070, he was ready to raise the flag of rebellion and the Wetlands were perfect territory for guerrilla warfare. Perilous to those who did not know its topography it was almost impossible to use cavalry or to wear heavy armour without running the very real risk of drowning. So even with limited forces Hereward was able to stoutly resist any attempts to crush him, and there were to be many attempts to do so.
Hereward had cut all the available land routes to Ely which had become a virtual Island and the only way to traverse the marshes and deep water was to build causeways, and the Normans began the construction of three at Stuntney, Aldreth, and Little Thetford, but Hereward ambushed the Normans and destroyed all three before they could be completed and they were forced to withdraw.
It seemed there was no way for the Normans to penetrate the Fens.
William began to fear the success of Hereward’s rebellion would spread to the rest of the country but his fortunes revived when Bishop Thurston, perhaps fearing for the survival of his Abbey or indeed his own life, approached William and revealed to him a secret land route to Ely. William was quick to take advantage getting as many troops into the town as he possibly could.
Hereward continued to resist where he could but unable to confront the Norman Army in any kind of pitched battle Ely was to fall without a fight. The Earl Morcar was captured soon after and executed but Hereward and a handful of followers managed to disappear into the forests where they continued to resist the Normans for some years, attacking outposts, raiding baggage trains, and murdering tax collectors.
It is possible that the legend of Robin Hood began with the exploits of Hereward and his band of brothers for nobody knows what became of Hereward the Wake.
Certainly he was neither captured nor killed by the Normans and it is possible that he fled back to Europe but with the disappearance of Hereward the Wake the last effective resistance in England to Norman rule came to an end. He was then, the Last Saxon Hero.
Tagged as: Ancient & Medieval
Share this post: