Isabella of Fife: Crowning the Bruce

Posted on 20th January 2021
Often lost in the swirl of events Isabella of Fife played a significant and courageous role in the 14th century Scottish Wars of Independence; a role that would make her an icon of the early feminist movement and one for which she would be brutally punished.
She was born Isabella MacDuff in 1285, the third daughter of the Earl of Fife, and was married when still a child to John Comyn, Earl of Buchan, thirty years her senior.
The Comyns were the most powerful family in Scotland and had dominated political life in the country for decades but they had rivals the most formidable of whom were the Bruce Clan. Neither family however, had succeeded in uniting the country behind their claim to the throne left vacant by the premature death of the Maid of Norway, that decision after all claims had been thoroughly researched by a specially appointed Commission had been left to King Edward I of England, the supposedly impartial arbiter of competing ambitions. 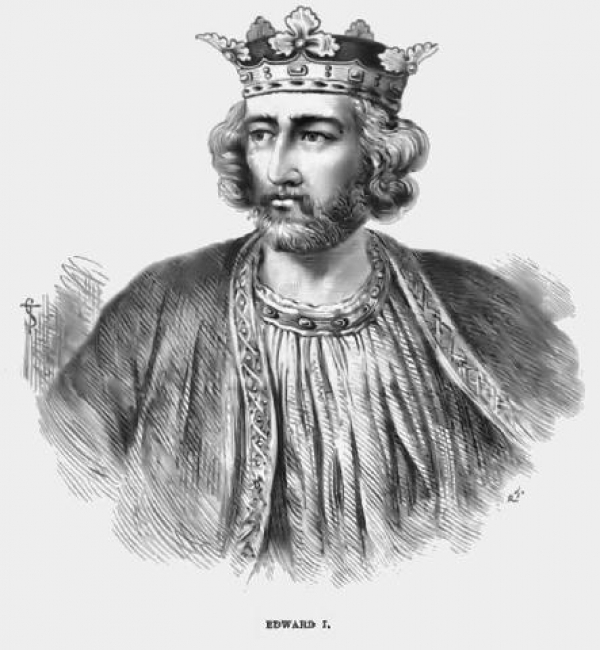 In 1292, he chose John Balliol, the uncle of Isabella’s husband, ahead of the Bruce family despite the latter’s closer proximity of blood to the ruling dynasty but then his decision had never been impartial. Far from it, he sought hegemony, if not outright control over Scotland and believed Balliol was a man he could best dominate and control. He was right and Balliol was indeed to prove a weak King but as much for reasons of poor strategic thinking as any lack of moral courage on his part. His attempts to assert Scottish sovereignty were too blunt and too soon, particularly his 1295 treaty with England’s enemy France that established the Auld Alliance and merely provoked Edward into intervening earlier than might otherwise have been the case. In 1296, he invaded Scotland decisively defeating the Scots Army on 27 April at the Battle of Dunbar.
Following the rout of his army Balliol surrendered himself to Edward and on 27 July in a ceremony that saw the insignia of his rank torn from his royal robes earning him the name Toom Tabard, or Empty Coat, he was forced to abdicate.
Henceforth, Scotland would be ruled by English officials and their Scottish Allies appointed directly from London but Edward’s victory was not as decisive as he might at first have imagined for his humiliation of King John Balliol had seen Scotland, though divided as it always was, rise in armed revolt culminating on 11 September 1297 in the defeat of a large English Army at the Battle of Stirling Bridge. Scottish independence had been restored under the Guardianship of the victor at Stirling William Wallace but it was to be fleeting and a little less than a year later the English army under the personal command of Edward I routed a much smaller Scottish force at Falkirk and William Wallace, though he escaped the carnage, was forced to resign and go into hiding.
Scotland was again thrown into turmoil as its noble families wrangled over a crown for which as long as they remained under English rule could only ever be a hollow one.
On 10 February 1306, at a meeting held at Greyfriars Abbey in Dumfries intended to settle their differences Robert Bruce stabbed to death his rival John Comyn, Lord of Badenoch and Lochaber. 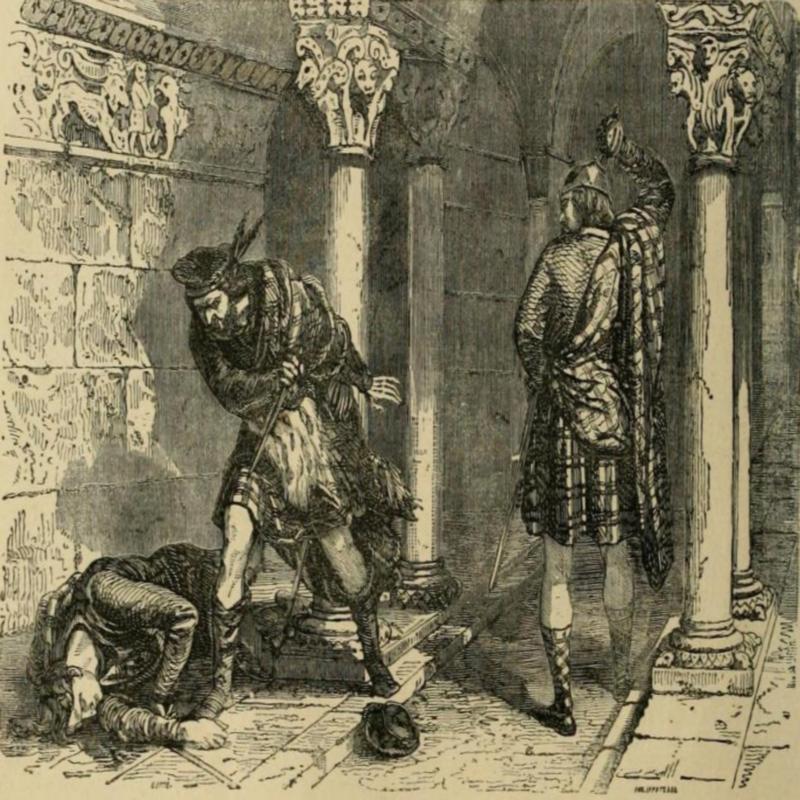 Following his murder of Comyn, Robert Bruce had himself declared King of Scotland receiving support from the influential Bishop Wishart of Glasgow who absolved him of any crime and urged the Scottish clergy and nobility to rally to his cause but many remained outraged by the Bruce’s clear naked ambition and the brutality of his actions. Most refused to support his claim and the Church despite Wishart’s support later excommunicated him.
Isabella’s husband, the namesake of his murdered cousin but better known as Red Comyn was one of those who denied Bruce’s claim to the throne and had since pledged his allegiance to Edward I taking up residence at the Royal Court in London. The strength of opposition only made Bruce all the more determined that a formal Coronation should take place and the sooner the better.

Kings of Scotland were traditionally crowned by a MacDuff upon the Stone of Destiny at Scone but following his victory at Falkirk, Edward I had taken the Stone with him back to London with the disparaging remark that it does one good to rid oneself of a turd; there was also no MacDuff willing to perform the ceremony, or so it seemed. Even so, Bruce was determined that the ceremony would go ahead.
On 25 March 1306, Robert Bruce, Earl of Carrick, was crowned King of Scotland by Bishop William de Lamberton. Also in attendance were Bishop Wishart and the Earls of Atholl, Lennox, Monteith, and Mar but most of the clergy and nobility were absent. The gaps in the ranks of the great and the good only reinforced the view that this was more a usurpation than it was a Coronation. Bruce was aware of the Coronations illegitimacy in the eyes of so many but what could he do?
Isabella, who was aware of the events occurring at Scone had earlier defied her husband by refusing to accompany him to London. She considered his desertion of the cause of Scottish independence as a betrayal and was not shy in saying so which was a brave to do at a time when a wife was expected to be obedient to her husband at all times and in all things.
As a supporter of Bruce and a MacDuff, Isabella was determined to provide him with the legitimacy he so clearly lacked but she did not arrive at Scone until the day after the Coronation had taken place. Bruce fully understood the significance of her appearance even if it was merely symbolic and ordered that the Coronation be repeated and this time he would be crowned by a MacDuff as tradition demanded. 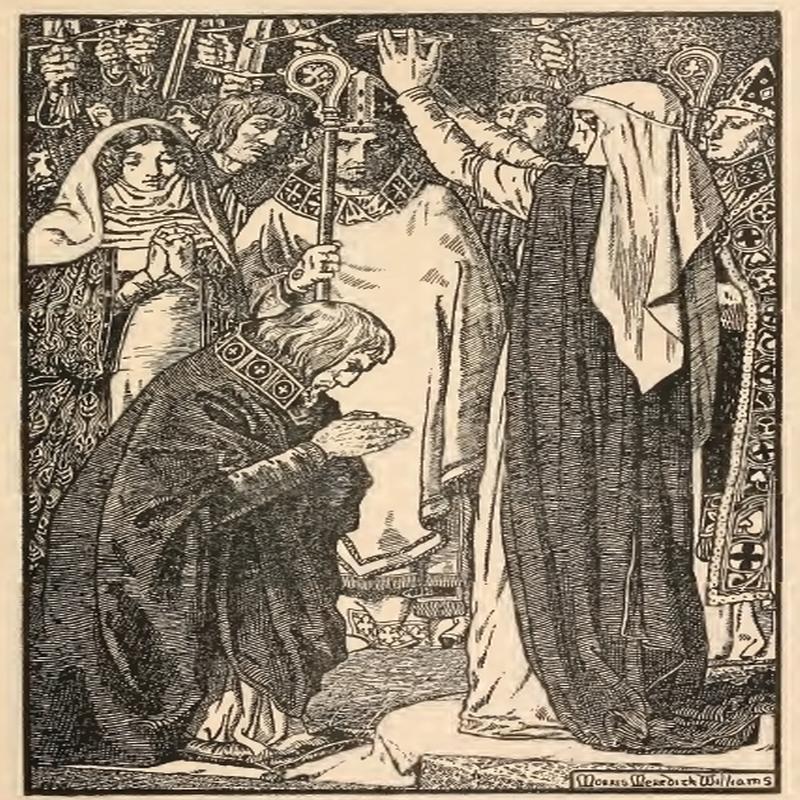 His opponents could still claim that he had seized the throne through an act of bloodshed and not by inheritance or popular acclaim but they could no longer declare the Coronation ceremony itself to have been invalid. He was King Robert I of Scotland but for the time being power remained firmly south of the border.
On 5 April 1306, Edward I appointed Aymer de Valence, Earl of Pembroke, his representative in Scotland with orders to restore English authority and with Bruce still struggling to establish his own he wasted little time. On 19 June, he surprised and routed the Scottish Army camped at Methuen.
Barely escaping with his life Bruce was forced to flee abandoning his wife Mary, their children, his sisters and Isabella who were captured at Tain not long after.
Isabella’s husband rather than speak up on her behalf, now demanded that she be executed for treason but Edward had something more imaginative in mind. He told Comyn: As she did not strike with the sword, she shall not perish by the sword. Let her be closely confined in an abode of stone and iron. Let her be hung out of doors in the open air at Berwick that both in life and after her death she may be a spectacle and eternal reproach to travellers.
The King’s instructions were to be carried out to the letter.
Isabella was confined in an iron cage hung from the walls of Berwick Castle where she could be seen in pain if not penitence by those approaching from miles around. She was provided with food and water by a woman specifically chosen for the task and who was the only person she was permitted to communicate with if she tried to speak to anyone one else she would be beaten.
Isabella of Fife, Countess of Buchan, and a MacDuff had been reduced to an exhibit half-starved and in rags to be gawped at and jeered by passers-by.
Much to everyone’s surprise exposed as she was to the elements and the extremes of heat and cold Isabella survived her ordeal and in 1310 was removed from her cage and held in a Carmelite Convent before being taken to London where Edward II (the old King had died in July 1307) despite being impressed by her fortitude ignored pleas to release her from captivity. 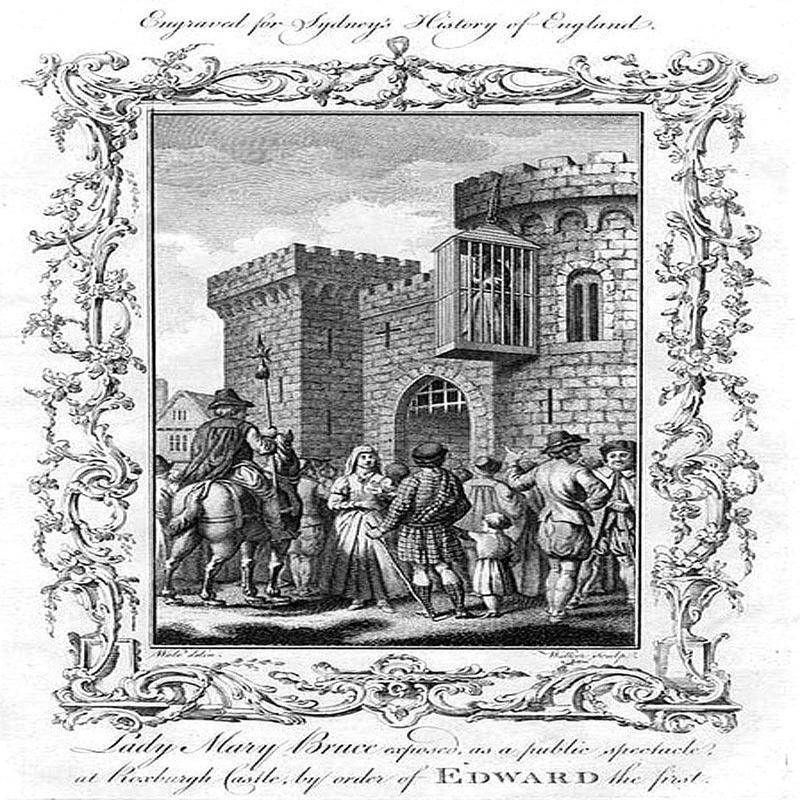 The treatment of Isabella was in marked contrast to that of Mary Bruce who had initially endured a similar punishment at Roxburgh Castle but only as a symbolic gesture. Her value as a hostage, along with that of her children, afforded a greater spirit of generosity.
No such imperative drove the treatment of Isabella and she was returned to the Convent in chains.
On 24 June 1314, Robert the Bruce triumphed over the army of Edward II at the Battle of Bannockburn and though there was much work still to be done Scottish independence had been secured. But it is uncertain whether Isabella lived to witness it or to again enjoy the fresh air of freedom for her ordeal had no doubt taken its toll and no record exists of her after 1313.
Tagged as: Ancient & Medieval, Monarchy, War
Share this post: