Jack the Ripper: The Women

Posted on 11th January 2021
Most people are aware of the crimes of Jack the Ripper, the most notorious serial-killer in history. They were widely reported at the time and have been the subject of numerous books, movies, and investigations ever since, but what do we know of his victims? Their names are familiar to us now because of the gruesome circumstances of their deaths but we too readily forget that they were people too, who lived and loved, had dreams and ambitions, endured pain and felt loss. This is the story of the women who fell victim to Jack the Ripper.
Mary Anne Walker, better known as Polly Nicholls, was born in Fleet Street near Whitechapel on 26 August 1845, into a respectable working class family with her father in regular employment as a skilled locksmith. Aged 19, Polly married a printer by the name of William Nichols by whom she had 5 children and as far as we can tell they were happily married for the best part of sixteen years. However, in 1880, for reasons that are uncertain their marriage broke down and they separated. For a time William continued to provide Polly with a small weekly allowance but this was withdrawn once he learned that she had been living with another man. Not long after this the other man moved out and Polly, who may by this time already have been drinking heavily, was left destitute. She lost her home and for a time returned to live with her father but her drinking put undue strain on their relationship and she was forced to move out. She was to spend the rest of her life moving from one doss house to another.
Polly kept it secret, certainly from her family at least, that she was from time to time reduced to selling her body to make ends meet; yet despite the drinking and the harsh conditions of her environment having taken its toll at a petite 5’2″ with brown eyes and dark hair greying slightly at the temples those who knew her said she still had some prettiness about her and could pass for a woman ten years younger. 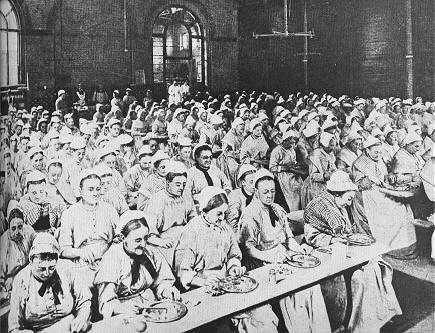 By April 1888, she was an inmate at the Lambeth Workhouse who the following month, as was common in those days, procured for her a position as a domestic servant in a well-to-do house. Polly was delighted to have found work and on 12 May wrote to reassure her father:
“I just write to say that you will be glad to know I am settled in my new place, and going alright up to now. My people went out yesterday and have not returned, so I am left in charge. It is a grand place inside, with trees and gardens back and front. All has been newly done up. They are teetotalers and religious so I ought to get on. They are nice people and I have not much to do.”
Her father was relieved to learn that she was properly employed once more but it wasn’t to last and in July she was dismissed from her post following an accusation of theft.
Polly was unable to find another job, and by the late summer she was living in the Thrawl Street Lodging House, Spitafields, and unable to pay the rent. On the night of 30 August, she told the Lodging House Keeper:
“I’ll soon get my doss money – see what a pretty bonnet I have.”
At around 11.30 pm she was seen walking the Whitechapel Road. An hour later she left a pub in Brick Lane and returned to the Lodging House in Thrawl Street but was refused admittance because she was still four pence short of her rent. At 2.30 am she met Emily Holland, a fellow prostitute and a woman with whom she had previously shared a room and told her:
“I had my doss money three times today and spent it.”
Emily was later to say that Polly had been very drunk and unsteady on her feet. It was the last time she was seen alive.
At 3.40 am her body was discovered in Bucks Row just 150 yards from the busy London Hospital by Charles Cross, a cart driver who as on his way to work. He kept his distance and unaware whether she was dead or alive walked on later informing a passing policeman. Upon inspection it became evident that Polly’s throat had been cut. Her dress had also been pulled up and her abdomen mutilated. The policemen present interviewed a number of horse slaughterers who had been working nearby but they reported that they had not seen or heard anything. She had in her possession just a comb, a pocket handkerchief, and a broken piece of mirror.
Polly Nichols, aged 43, had become Jack the Ripper’s first acknowledged victim.
Annie Chapman was born Anne Eliza Smith in London sometime in 1841. She was the daughter of an ex-soldier who was rarely out of work and had three sisters and a brother with whom she had a fractious relationship, in particular her sisters.
In May 1869, she married a coachman, John Chapman and together they had three children, one died young, another was disabled, and the third left home whilst still an adolescent. The death of their youngest child, a daughter, had affected them both badly and their relationship was never the same after the tragedy. 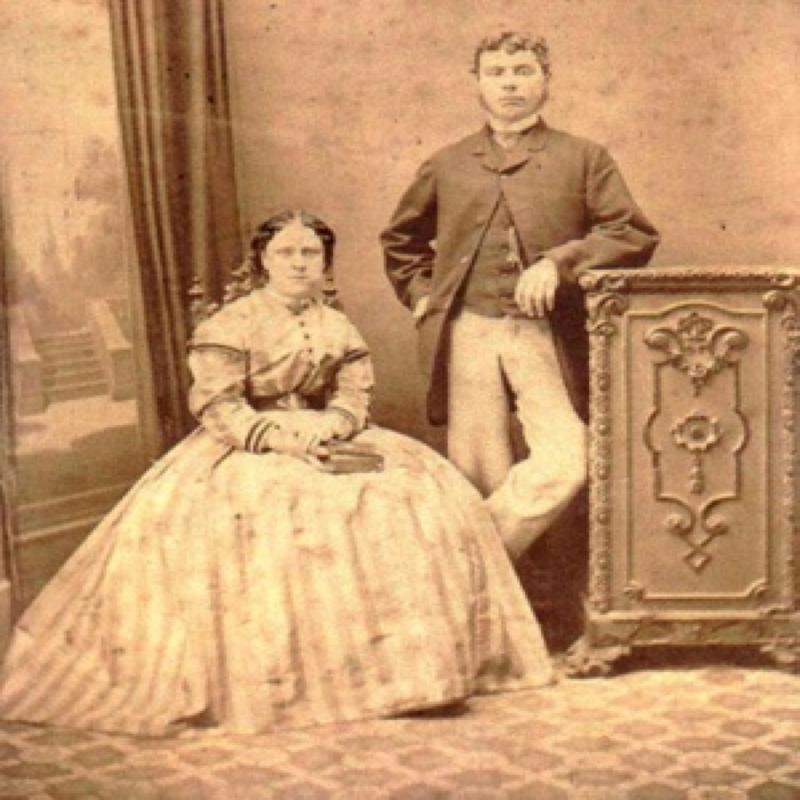 By the summer of 1888 she was living at the Lodging House in Flower and Dean Street, Whitechapel, living off whatever she could make sewing and cleaning, and the charity of the Church of Sweden in London.
Doctor Thomas Barnado who was doing charity work in the area at the time and was soon to open his famous home for destitute young men described how he saw Liz discussing the Ripper murders with the other women in the kitchen of the Lodging House. He said they appeared very scared and overheard one of them say:
“We’re all up to no good, and no one cares what becomes of us.”
They feared one of them would be next.
Liz was to spend most of the day of the 29 September cleaning rooms at the Lodging House for which she was paid 6d.
The day had been a miserable one with a lashing rain and a strong wind blowing but even so by the time night came Liz was to be seen by many people working the narrow streets and dark alleys of Whitechapel. At 11.00 pm she was seen by James Brown talking to a short man who was barely as tall as she was in a morning suit and bowler hat in Berner Street. Brown claimed that he heard Liz say – “No, not tonight.”
At 12.35 am she was spotted by Police Constable William Smith with a man in a hard felt hat whom he remembered was carrying a package about 18 inches long and wearing a full-length overcoat. This was near the International Working Men’s Club and was to be the last time she was seen alive.
Liz Stride’s body was discovered at 1.00 am on Sunday 30 September by Louis Diemschutz, the steward of the club, in Dutfield’s Yard which was adjacent to where he worked. Her body was still warm and the blood was gushing from a deep wound to the neck. The killer had evidently been interrupted in his work and Liz’s body had not been mutilated like the Ripper’s other victims. Indeed, Diemschutz was to say that he could sense the presence of the killer still in the yard.
“Long Liz” had on her only a comb, a key for a padlock, a metal spoon, and some scraps of muslin and paper.
Elizabeth Stride was the Ripper’s third victim but only the first that night for less than an hour later and just half-a-mile away he was to strike again.
Catherine Eddowes: the Ripper’s second victim on that ghastly night was born on 14 April 1842, in Wolverhampton but her family were later to settle in London.
As a young woman Catherine was to return to Wolverhampton to work in a factory stamping tin plates where friends described her as being a very good looking and jolly sort of girl. Whilst there she lived with an ex-soldier named Thomas Conway with whom she had three children out of wedlock. They returned to London but it appears that she was already estranged from her family for she had little contact with them thereafter. This may have been because of her refusal to marry which was the cause of some shame at the time.