Posted on 9th August 2021
Many attempts were made on the life of Adolf Hitler but few came close to success; the July Bomb Plot of 1944, known as Operation Valkyrie, came as close as any and made a hero of Claus von Stauffenberg and his fellow aristocratic conspirators. Their place in history is secure. But a much earlier assassination attempt not made by a politician, a diplomat or an officer and a gentleman but by a working man, a humble carpenter who enjoyed repairing clocks in his spare time and who had seen the danger posed by Hitler long before those who should have known better had also come perilously close to success – he was Johann Georg Elser, and he is largely forgotten to history.
Born in the small town of Hemaringen near Wurttemberg on 4 January 1903, to respectable working class parents the young Elser was a timid child who displayed little academic ability and performed poorly at school but he was good with his hands. So it came as no surprise when in 1922, aged 19, he took up an apprenticeship as a carpenter. 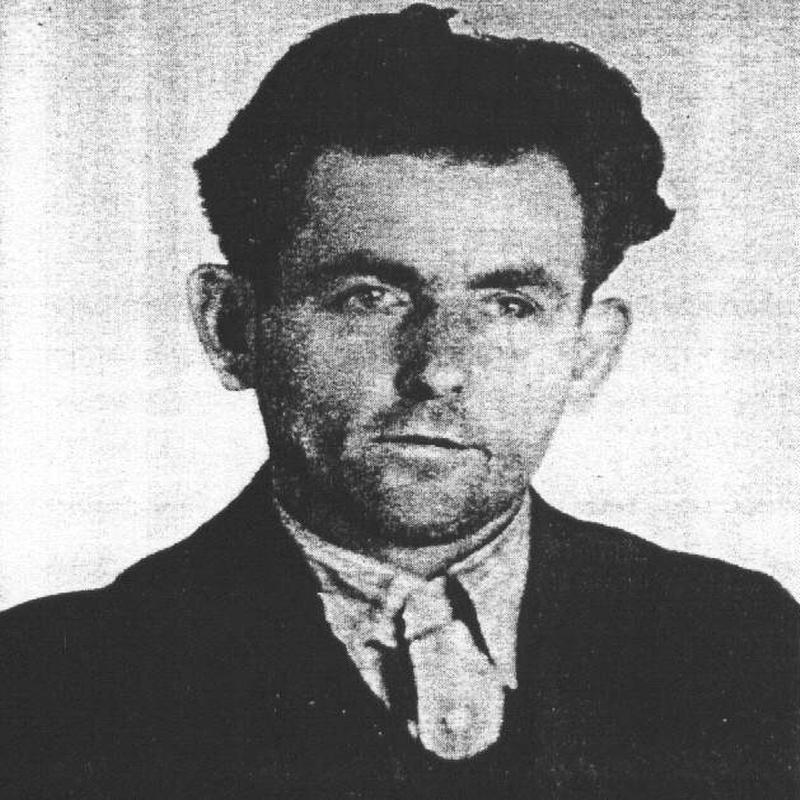 From the beginning of his working life he was an active trade unionist and had strongly held if quietly stated left-wing views for though by no means shy he was always quiet and reserved. There was nothing in his character that would have marked him out for special attention.
In 1930, his then girlfriend, Mathilde Niedermann, gave birth to a son, Manfred, but they were to separate soon after and Elser rarely, if ever, saw him.
In 1928, he joined the Red Fighters Front, a militant organisation affiliated to the Communist Party and though he is known to have voted for the Communists up until 1933 when the party was proscribed and democratic elections abolished, he seems rarely to have been involved in any political activity. His primary reason for joining seems to have been to play double-bass in the organisations band. Neither did he find that his political beliefs clashed with his deeply held religious convictions. He regularly attended Christian Services at the Protestant Church of whatever town he was living in at the time.
Both his political views and his religious beliefs made him an opponent of the Nazi’s from the start and he would switch off the radio if Hitler was speaking or if he was in a cafe request for it to be turned down. He also rarely returned a Nazi salute, a dangerous thing to do and which was to result in more than one beating.
Elser, seeing Hitler bring Europe to the brink of war over the Nazi manufactured crisis in the Sudetenland and having witnessed the horrors of the anti-Jewish pogrom that was to become known as Kristallnacht or Night of the Broken Glass became convinced that Hitler had to be stopped - how exactly remained another matter. 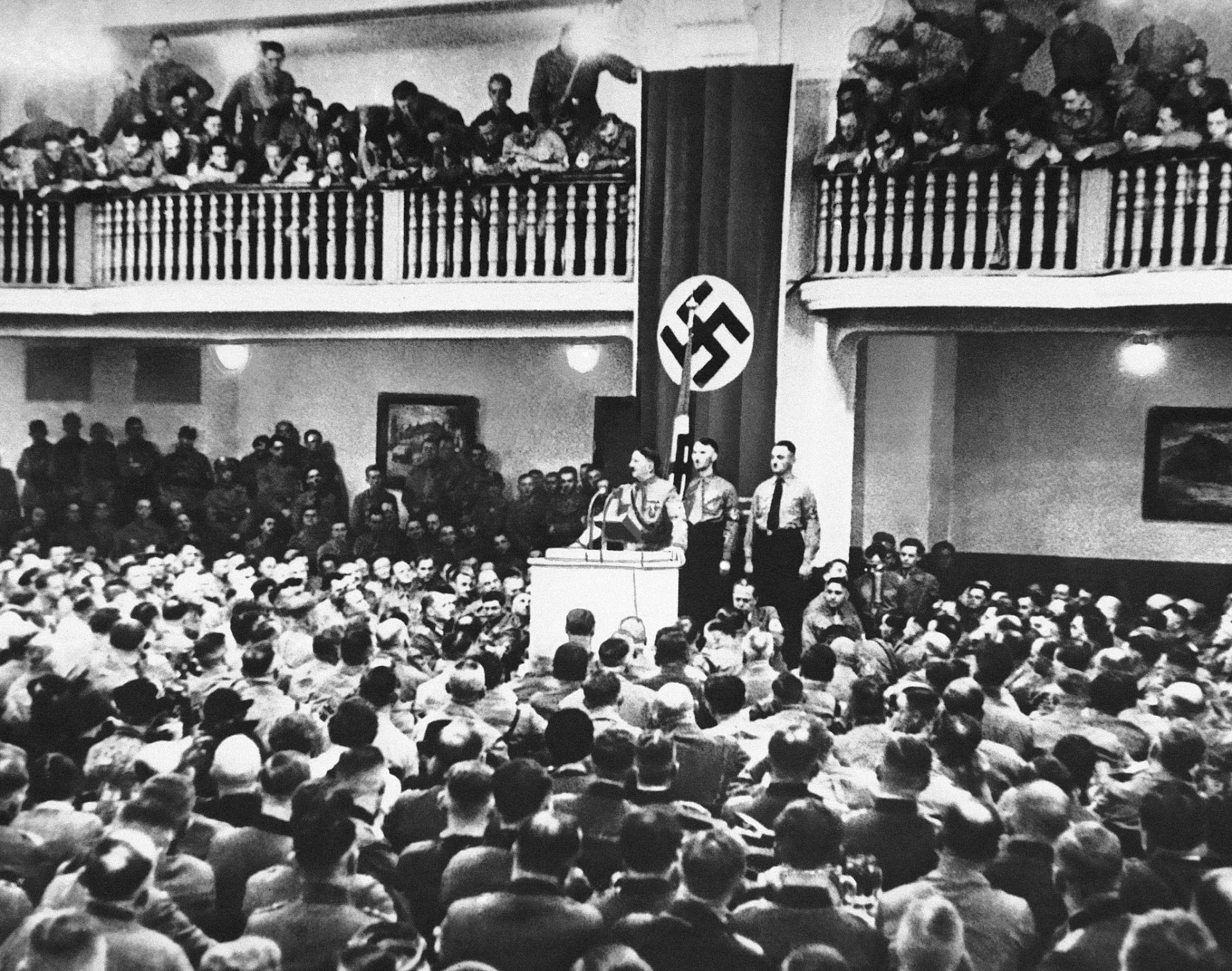 On 8 November every year, Hitler returned to the Burgerbraukeller in Munich to commemorate the anniversary of his failed Beer Hall Putsch of 1924. This was an event he would never fail to attend and though he would be well protected would he be in a confined public space for an extended period of time. This was to provide Elser with the perfect opportunity to assassinate the Fuhrer. He was a carpenter by profession and collected and repaired timepieces as a hobby and both were to prove vital elements of the plan he devised.
In October 1939, he travelled to Munich and every night for a month he ate and drank in the Burgerbraukeller concealing himself within its confines after it had closed its doors. Then in the early hours when all had gone home he busied himself with his work, spending hours on his hands and knees carving out a hollow for his bomb behind the podium from which Hitler would be speaking.
Earlier on 1 September, war had broken out and Elser was concerned that as a result Hitler would cancel his visit, that wasn’t to be but the situation demanded that he return to Berlin the same night; normally he would fly but a thick fog had descended grounding all planes so he would be travelling by train. It meant that he would be leaving earlier than usual, a possibility that Elser hadn’t factored into his plans. 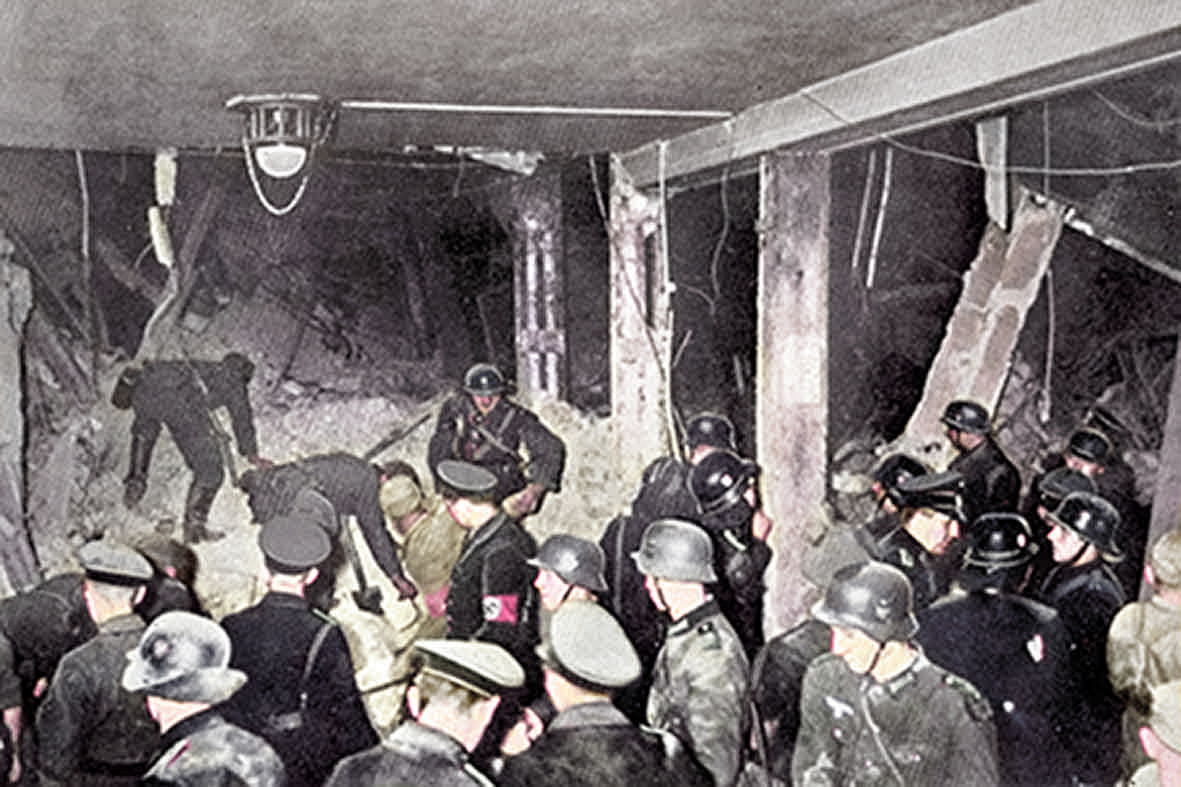 Hitler would usually speak for around an hour and Elser had timed his bomb to go off 9.20 pm precisely well into the Fuhrer’s oration. It did so, just as he had intended and to devastating effect killing 8 people and injuring 63 more, many seriously. But not Hitler, he had left 13 minutes earlier.
Elser was arrested at the German border trying to cross over into Switzerland. The Border Guards had become suspicious of the drawings they found in his coat pockets of the layout of the Burgerbraukeller. He was returned to Munich where he was questioned by Gestapo Officers in connection with the assassination attempt. He denied any knowledge of a bomb plot but the incriminating drawings, his grazed knees, and the witnesses who came forward to testify that he was a regular at the Burgerbraukeller and often refused to give the Nazi Salute, soon convinced them that they had their man and once formally charged with the crime he confessed to avoid torture.
Elser had no formal trial but was imprisoned at Sachsenhausen Concentration Camp before being moved onto Dachau where he was kept in isolation and made to eat and exercise alone. It was not until 9 April 1945, that Special Security Prisoner Eiler (his name had been deliberately altered) was executed on the personal orders of Heinrich Himmler. It was also ordered that the execution be kept secret and that if confirmation of his death was required then it should be said that he died in an Allied air raid. The execution was carried out by the Camp Commandant personally.
But questions have since been raised about the validity of Johann Georg Elser’s actions: why was he given the designation Special Security Prisoner? Why was he provided with an alias? Why was he kept in isolation? Why was he kept alive for so long? Why was the manner of his death covered up?
The theologian Martin Niemoller, who had been a fellow inmate at Sachsenhausen, claimed that Elser had been a member of the SS all along, and that the assassination attempt was a plot devised by the Security Services to show to the world that Hitler was protected by Divine Providence. This somewhat fanciful notion does not stand up to scrutiny, however. There is little evidence in Elser’s background to suggest that he was ever a Nazi let alone a member of the SS and why would Hitler stand in front of a bomb that could ignite at any moment and how could he then be able to deliver a speech without any clear sign of nerves? It would be a high risk strategy to say the least.
The fact is that Himmler firmly believed Elser to have been a British agent who was more useful to the Germans alive than dead. Also, he may have been looking to use him as a bargaining chip in the secret negotiations he was attempting to open up with the Western Allies to seize power in Germany, hence the need to cover up the execution.
Either way, Johann Georg Elser’s time bomb was to be the closest anyone came to killing Hitler before the events of Operation Valkyrie five years later.
Tagged as: Modern
Share this post: