Posted on 14th April 2021
The King James Bible is one of the most influential books ever written. It has defined religious worship for billions of people around the world in the centuries since its first publication and the rhythmic quality of its verse, the unique quality of its phraseology and the beauty of its language has been a source of inspiration to poets, authors and scholars ever since.
James Charles Stuart was crowned King James I of England on 25 July 1603 having been King James VI of Scotland ever since the deposition of his mother Mary Queen of Scots in 1567 when he was just 13 months old. His elevation to the English throne had largely been due to the machinations of Elizabeth I's Chief Minister Robert Cecil.
There had been no obvious and immediate successor to Elizabeth who had died childless, and Cecil had worked hard and in great secrecy to secure the throne for James and ensure a peaceful transition. It had not been easy for Mary Queen of Scots had been the personification of the Catholic menace and considered England's greatest security threat for twenty years or more but she was also Elizabeth's cousin and the next in line to the throne. Indeed, she had lain claim to the English throne and had refused to relinquish her right to it even after she had been forced to flee Scotland and seek Elizabeth’s protection in England.
Kept under close house arrest Mary became the focus of any number of plots against Elizabeth and was supported in her claim by most of Catholic Europe who believed her to be the rightful Queen and not the illegitimate daughter of that whore, Anne Boleyn.
England was a country paranoid about the Catholic threat and an entire security apparatus had been created by Elizabeth's Spymaster Sir Francis Walsingham to combat it. In the end this paranoia would cost Mary her life but the threat would prove to have been a real one when just eighteen months after her execution England was threatened by the Spanish Armada.
Elizabeth knew that James would succeed her but could never admit so, the thought that the son of the woman who had challenged her legitimacy and conspired against her for so many years would sit on her throne was simply unbearable – Robert Cecil had to tread very carefully indeed.
Although unemployment, famine and ever harsher poor laws had seen relations sour between the people and their Virgin Gloriana she remained a hard act to follow. 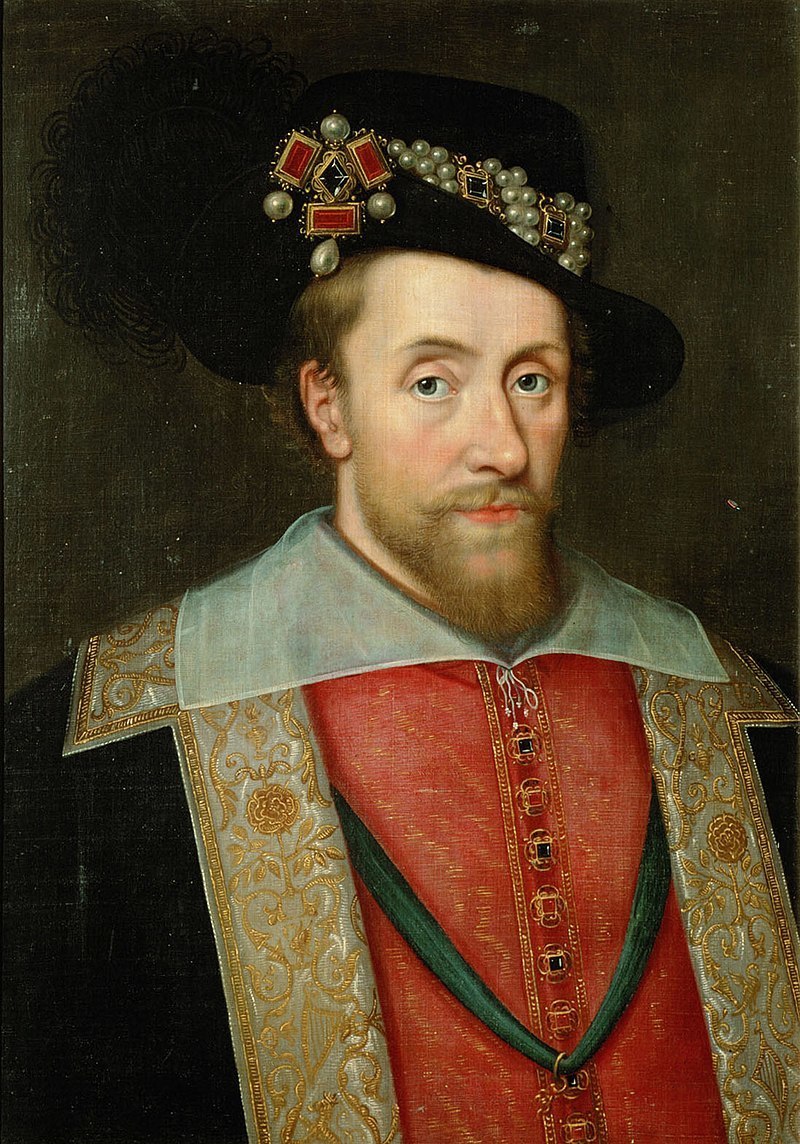 Although he had been baptised according to Catholic rites James had been raised a strict Calvinist and never saw himself as anything else but he had little time for any form of religious extremism. Indeed, he had married a Catholic, Anne of Denmark who was permitted to practice her faith. This inclined some to believe he would be more sympathetic to the cause of Catholics in England but despite tentative moves in that direction toleration was never really on the agenda.
More than anything else James had to prove not just his political but his religious credentials and so in January 1604, James convened the Hampton Court Conference of leading theologians to discuss the translation of a definitive authorised version of the Bible.
The reason for doing so was as much political as it was theological; partly undertaken to placate a small but increasingly vocal Puritan faction among the merchant class James also believed that he could use the new Bible to assert his authority and cement his firmly held belief that he was divinely ordained to rule and answerable only to God.
He also wanted it made known that he was not just the ruling Monarch of England and Scotland but the King of a new Great Britain. An authorised version of the Bible for all the people he believed would serve as a unifying factor. The task was undertaken by 47 scholars only one of whom wasn’t a cleric, who were then divided into six working committees. 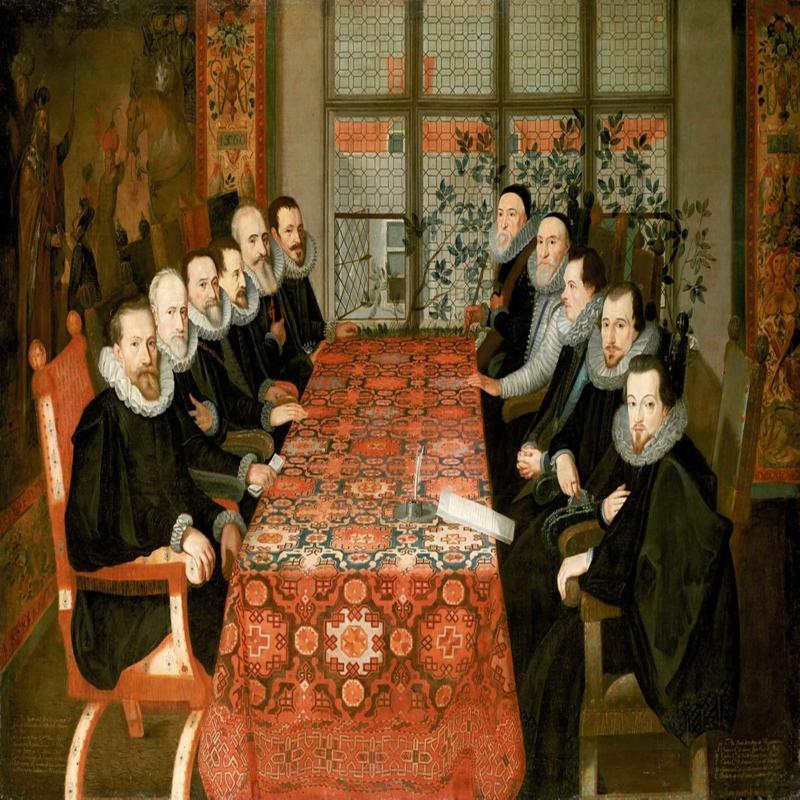 The various committees began their task in the spring of 1604 but soon ran into financial difficulties and so on 22 July, James wrote to Richard Bancroft, the soon to be Archbishop of Canterbury demanding that all ordained clergy make a donation towards the project. They did so with some reluctance.
The translation which was taken from many different texts and earlier Bibles written in both Greek and Latin took almost eight years to complete and James remained very hands on throughout the process with the Bible compiled very much as per his instructions.
He was determined that there should be no doubt as to its eternal truth and its divine origins. Nor should there be any doubt as to its political purpose.
In January 1609, the various Committees met at Stationers Hall in London to review the completed texts and arcane arguments soon ensued as to the exact wording of certain phrases, how the more contentious elements of the text should be interpreted and whether or not those parts that appeared to make reference to the creation of the one true Catholic faith should be removed. The arguments were often heated and the King had to intervene personally on a number of occasions but eventually the new authorised version of the King James Bible was finally published on 11 May, 1611. 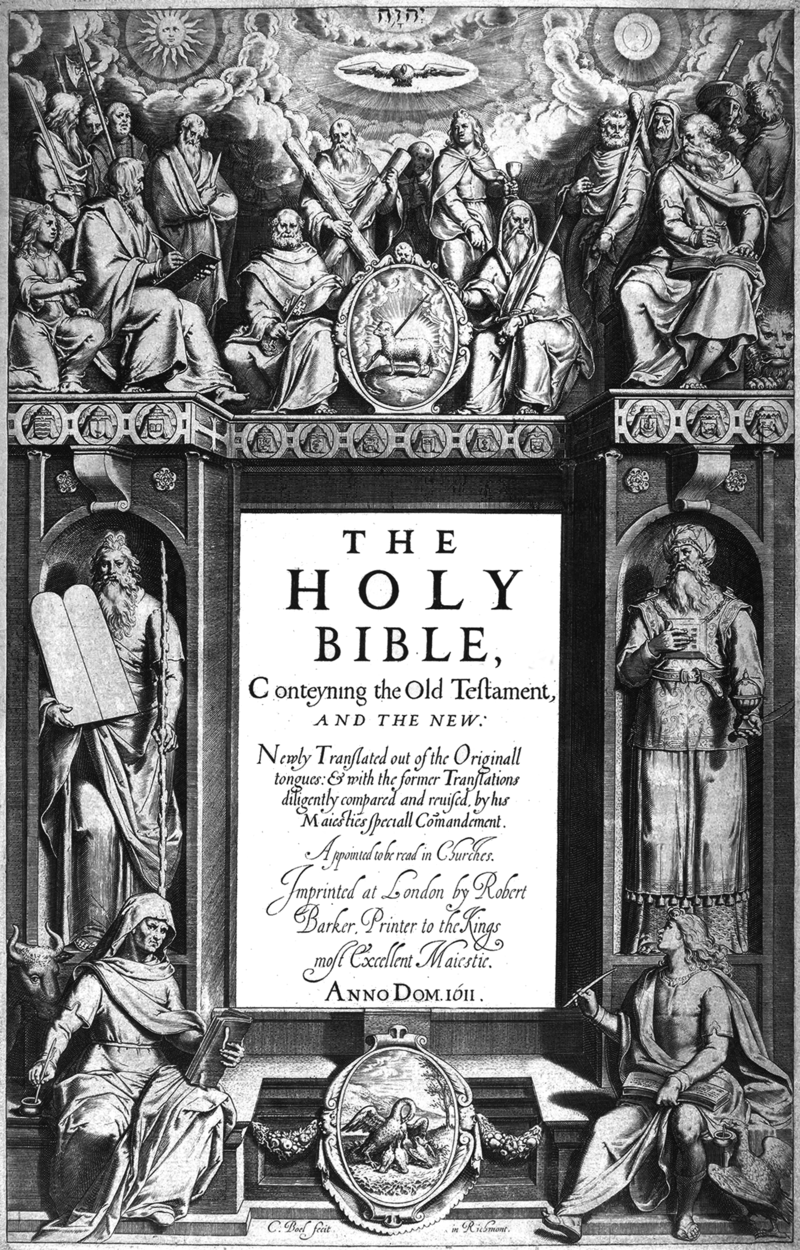 The process of printing the new Bible was to prove ruinously expensive however, and though it may have been the brainchild of the King he certainly wasn't going to pay for it. Indeed, such was the financial cost of its production that the row between publisher and printer looked like ending up in the Courts thus souring the entire project.
The King James Bible was intended along with the Common Book of Prayer to be the only authorised texts for use in Church of England services but the cost of the Bible at 10 shillings for a loose leaf copy and 12 shillings for the bound version was beyond the means of many poor parishes and as such it was not to be widely distributed for many years.
It took time for the King James Bible to have an impact and it certainly did not secure the throne for the Stuart Monarchy for just thirty eight years after its publication James’s son King Charles I was executed by those very Puritans that it had been intended to placate.
What it did achieve was to be admired by the religious and non-religious alike and become part of the fabric of British society and there are some 250 idioms such as - reap the whirlwind, feet of clay, a fly in the ointment, a multitude of sins, a wolf in sheep’s clothing, the salt of the earth, refuse to give up the ghost, and a law unto themselves that are now integral to the English vocabulary.
It provides the core doctrine of the Anglican faith, is the Bible by which all others are judged, and in its language alone helped secure the spread of Protestantism around the world.
Tagged as: Tudor & Stuart
Share this post: