Locusta: The Poisoner of Rome

Posted on 6th February 2021
The woman known as Locusta was born around AD 25 in Gaul or modern day France and little is known of her early life except she was from a family of no standing and became a herbalist dabbling in magic; but she soon found that healing was not as profitable as harming and turned to the production and administering of poison soon becoming an expert in the dark arts with her ability to make a death seem from natural causes a valuable resource in the cutthroat world of Roman politics and commerce.
She was to be much sought after as a conduit for other people’s ambitions and though she was arrested many times her rich and powerful clients ensured she was never charged with a crime. 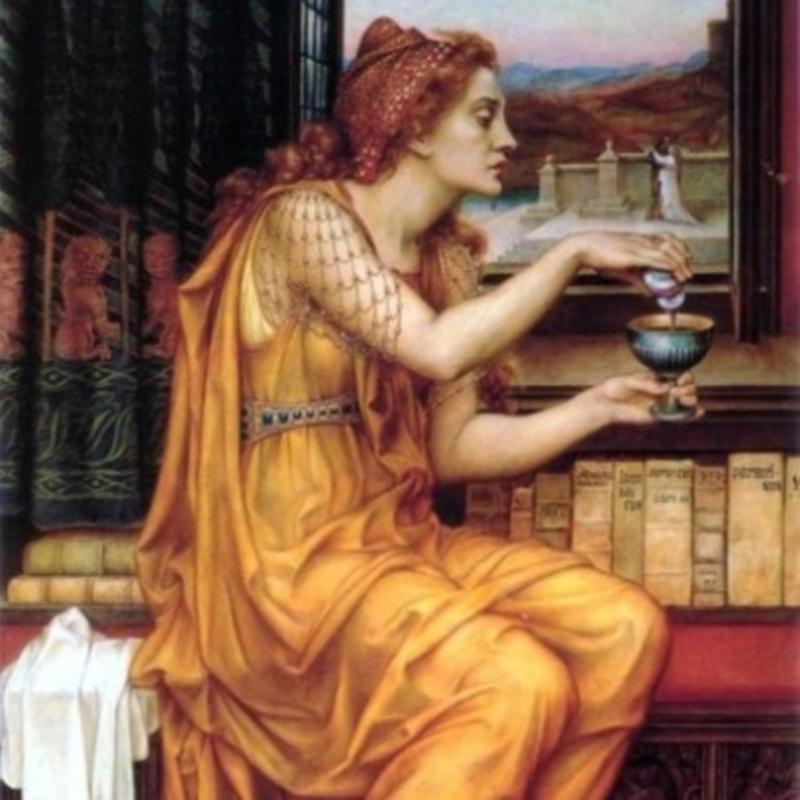 On 1 January AD 49, the Emperor Claudius married his niece Agrippina, sister of the previous Emperor Caligula even though considered incest it was strictly forbidden under Roman law.
Agrippina had no great affection for her her uncle who she thought a fool but she was manipulative and ambitious for her son Lucius, the future Nero, and was determined that he should succeed Claudius as Emperor. But he already had a son, Britannicus, from his previous marriage to the adulterous Messalina whom he’d had executed. She had already persuaded Claudius, who was always putty in the hands of his women, to adopt Lucius and name him as his successor alongside Britannicus. It was an act on his part that only served to increase her impatience – she wanted rid of him.
In a conversation that lasted many hours a plan was hatched to murder the aged Emperor of the nervous tic, the club-foot and the lolling tongue with the well known poisoner, Locusta. But Claudius was a closely guarded man, he had food tasters and his personal assistant never left his side. Moreover, Agrippina had to be above suspicion. So Locusta would ensure by foul means that the Emperor’s personal assistant would be indisposed on the night chosen, one of the food tasters would similarly be made to take absence of leave. In the meantime, Agrippina must ensure that Claudius was amply supplied of wine thereby lowering his guard.
If there was one delicacy of which the Emperor could be guaranteed to partake it was mushrooms and these Locusta had laced with poison.
On the night of 13 October AD 54, Agrippina in a convivial mood was being warmly attentive to her husband’s needs stroking his hair and ensuring his cup was re-filled as often as Claudius emptied it. Indeed, he was already worse for wear long before the mushrooms were served and was, as intended, in no fit state to notice whether they had been tasted first or not.
The wine had only increased his hunger and he tucked into his favourite dish with relish but it wasn’t long before he was sweating profusely, doubled-up in pain, and gasping for air. 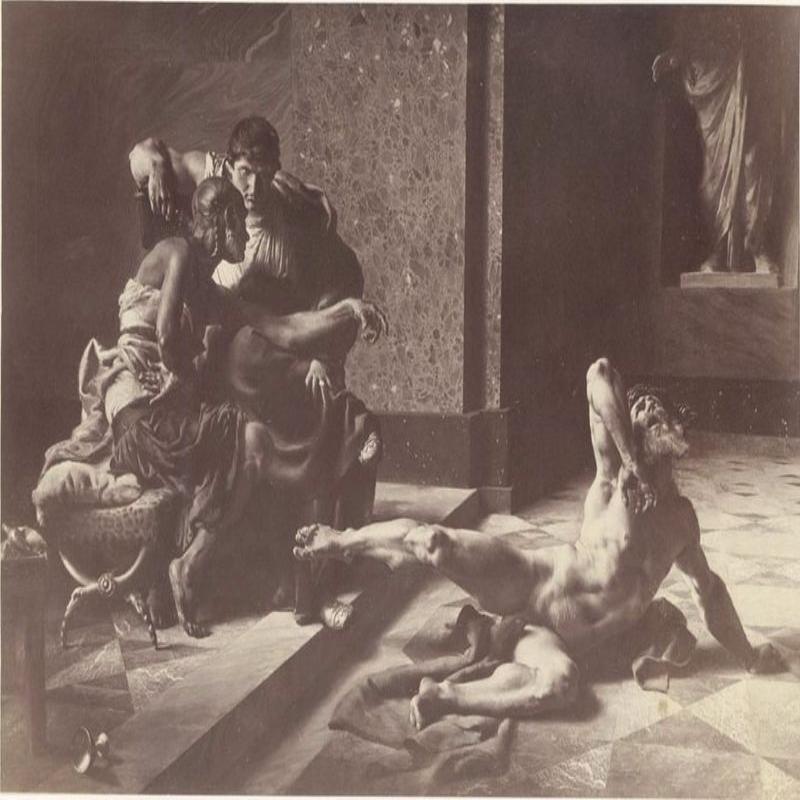 Agrippina played the dutiful wife with aplomb, saying that the Emperor had eaten something which disagreed with him, and ushering way his other attendants she summoned his personal physician but things did not go quite according to plan when Claudius vomited up the offending mushrooms. Locusta however, had already made provision for just such a scenario. The Emperor’s physician had been bribed to do Agrippina’s bidding and he thrust a feather soaked in poison into Claudius’s mouth, he said to expel the toxins. Instead, it caused almost instant death as the feather it was said became lodged in his throat.
Agrippina was delighted with the outcome of the nights work but determined that the cause of the Emperor’s death should remain a secret Locusta’s reward was neither eternal gratitude nor great wealth but prison and a sentence of death.
The same day that the 64 year old Claudius passed into history Agrippina had her son Lucius, who wanted henceforth to be known as Nero, declared Emperor. Not long after however, Claudius’s Last Will and Testament was discovered and read to the Senate revealing that Nero had in fact only been nominated as co-Emperor alongside Britannicus.
It was an irritation and inconvenience to Agrippina but no more, she could handle two adolescent children as well as she could one and few would be in any doubt who, was really in charge.
The 16 year old Nero thought otherwise, he did not like Britannicus and certainly would not rule alongside him, and so probably without his mother’s knowledge and most certainly without her consent, he had Locusta released from prison. Together Nero and Locusta planned Britannicus’s murder practising the various techniques on what one can readily assume to have been unwilling slaves. Indeed, elaborate schemes for assassination and novel modes of execution were to become a feature of Nero’s reign, this would merely be the first of many such episodes.
On 11 February AD 41, the day before Britannicus’s coming of age, the family and their guests gathered for a dinner party.
It was customary for Romans to dilute their wine with water and on a cold day with hot water, Britannicus complained that his wine was too hot. The wine had been tasted of course, but not the clear, cold water that was now added to it. Britannicus began to shake and convulse but Nero declined offers to help his young co-Emperor insisting that it was merely a fit and would soon pass. When it did not pass Nero ordered him taken away, he was disturbing the other diners.
Few under any illusions what had truly happened least of all Agrippina who had an uncomfortable night picking nervously at her food. Told that Britannicus had died Nero ordered his body burned that same night.
The new unquestioned ruler of Rome was to prove a far more generous employer than had been his mother rewarding Locusta for her service with gifts, land, money, and a pardon from any crimes of which she might in future be accused. Free from fear of the Courts Locusta continued to ply her trade openly charging exorbitant amounts in gold and silver from clients who were not so legally blessed. 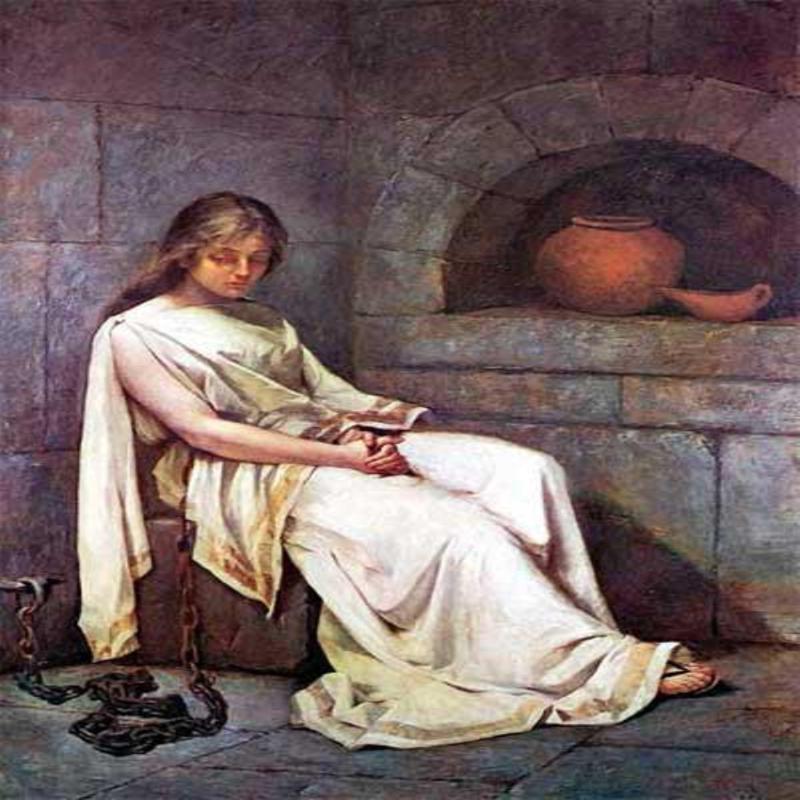 She also used her new-found wealth to open a School of Poisoning, though she may have preferred for it to be known as a centre for the understanding of herbal medicine. Nonetheless, over the next twenty years she was to have great success and acquire no little fame, but at the same time a great many enemies. When in AD 68, Nero committed suicide rather than face the wrath of his people Locusta’s own life was suddenly plunged into jeopardy. Stripped of the Emperor’s protection she went into hiding but she was by now too well known to remain undetected for long and later that year was arrested.
She argued that she could neither be held against her will or charged of any crimes because she had been pre-pardoned of all offences but was curtly informed that all pardons and decrees issued by Nero had died with the Emperor and were now null and void.
Whether she was guilty of a crime under the law or not was in any case irrelevant, she simply knew too many secrets and had become a dangerous woman to be associated with and so those she might once have thought friends now deserted her.
The usual punishment reserved for those who poisoned others was to become part of the blood theatre that passed for popular entertainment in Rome – to be stripped naked in the arena before thousands of her fellow citizens and bound to a post where raped by a trained baboon she would then be torn apart and devoured by half-starved wild beasts.
This was likely Locusta’s fate though how she died remains mystery.
Tagged as: Ancient & Medieval, Women
Share this post: