Posted on 25th June 2021
Millions of women served in World War Two, in the factories, on the land and as nurses and support staff work not entirely free of danger but where death was the exception not the rule but only in the Soviet Union were they accepted as combat personnel and expected to fight and die alongside the men in the front-line.
Lydia Vladimirovna Litvyak, a fighter pilot, was one of more than 800,000 women (many more fought with partisans behind enemy lines) who experienced combat with the Soviet Armed Forces where they operated anti-aircraft batteries, drove tanks and fought as snipers.
But Lydia was different she was a flyer, a warrior of the air who participated in single combat and would become famous as the White Rose of Stalingrad and a heroine of the Great Patriotic War.
Little is known of her early life other than she was born in Moscow on 18 August 1921, to middle-class Jewish parents and that by the age of 14 had enrolled at Flying School progressing to become instructor at the Kalinin Air Club. 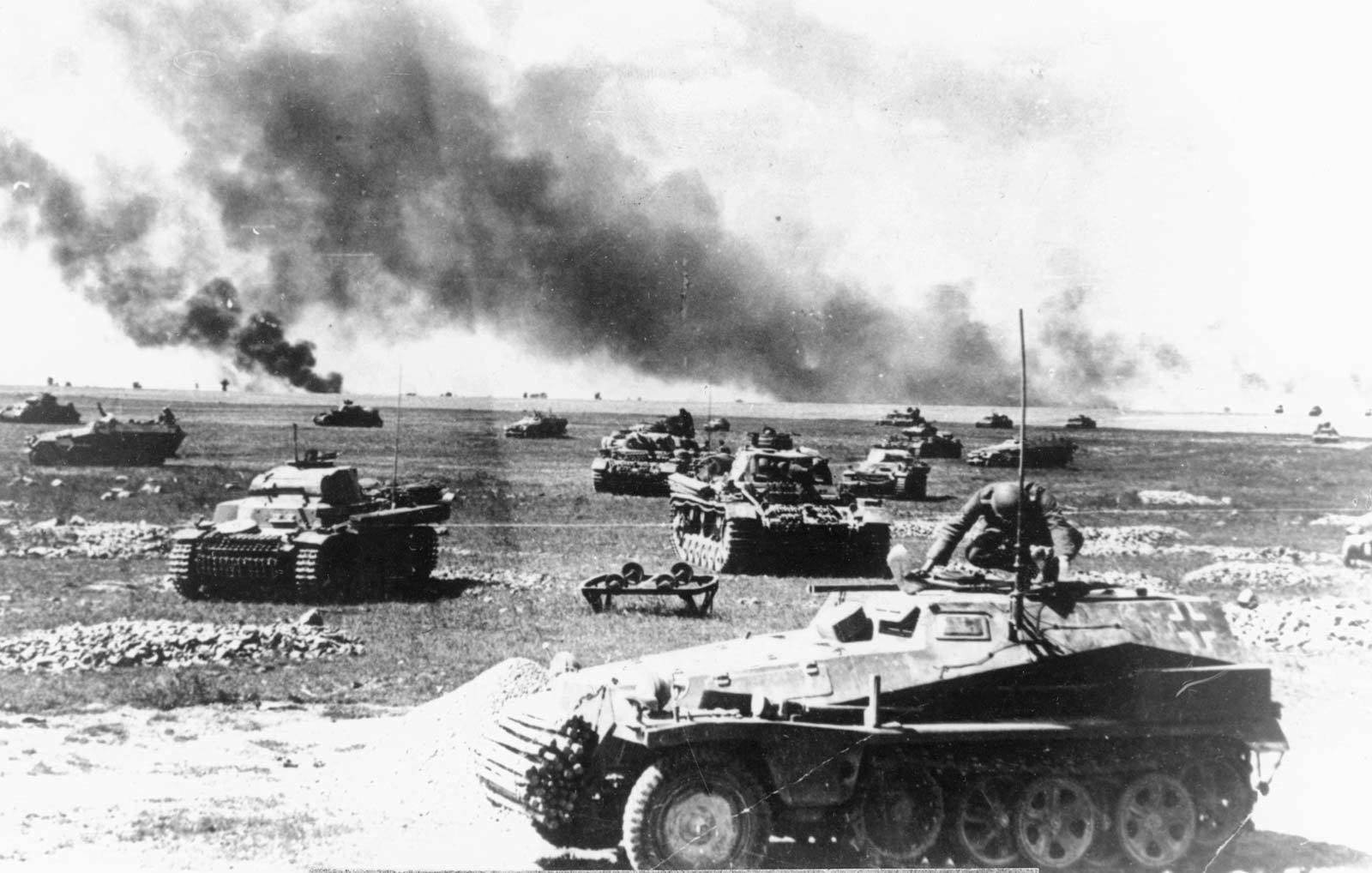 Following the onset of Operation Barbarossa and the German invasion of Russia in June 1941, during which much of the Soviet Air Force was destroyed on the ground, the call went out for experienced aviators.
Fired up with patriotic zeal and no doubt the youthful desire for adventure Lydia was eager to serve so much so that lies about her age and flying experience were to see her initially turned away as unreliable but the rapidly worsening military situation soon ended such qualms and she enlisted in the female 586th Air Defence Regiment formed by the noted aviator Marina Raskova where she trained to fly the Yakovlev Yak-1 fighter plane.
By the summer of 1942, Lydia was flying combat missions over the Saratov Sector of the front but with little apparent success when along with fellow future fighter aces Katya Budenova and Maria Kuznetsova she was transferred to Stalingrad and the previously all male 437th Fighter Regiment.
The attitude of the men towards their female colleagues was not at first a positive one with some doubting they had the technical skill to be effective and even more believing them too soft by nature though Lydia’s Commander Boris Gremin was to remember her as being a very aggressive young woman with the instincts of a born fighter pilot. 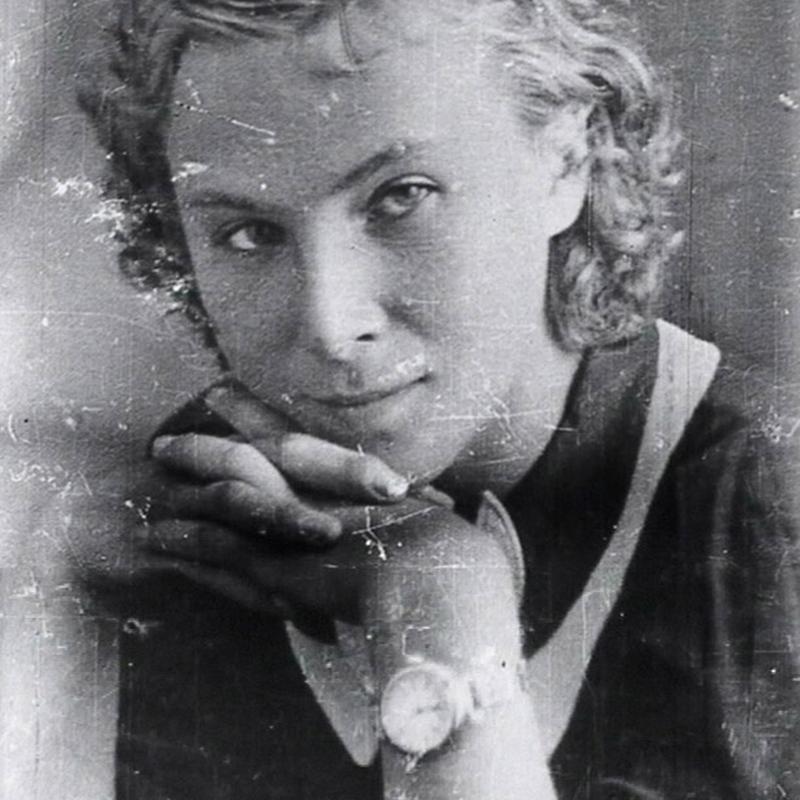 On 13 September, after many previously unsuccessful attempts Lydia claimed her first kills destroying two German Fighters in single combat thereby becoming the first woman ever to do so.
When one of the German pilots was introduced to the person who had shot him down he thought his captors were mocking him refusing to believe that it was the slight, pretty young Lydia and it was only when she explained in detail how she had done so that he could begin to comprehend it for the very idea that a woman could fulfil a combat role was simply unthinkable in a Germany where they weren’t even conscripted to do essential war work until comparatively late in the conflict.
Lydia continued to accumulate victims in her plane 32 though her eventual tally ranges from somewhere between 15 and 21 and she won the respect of her male comrades with her determination to engage the enemy, something from which it was said she never flinched.
Her abilities as a pilot were also admired even if her youthful exuberance would often see her buzz the airfield or perform aerobatics upon her return from a successful mission. Indeed, she was twice forced to crash land her plane being so severely injured on one occasion it was thought she might die. 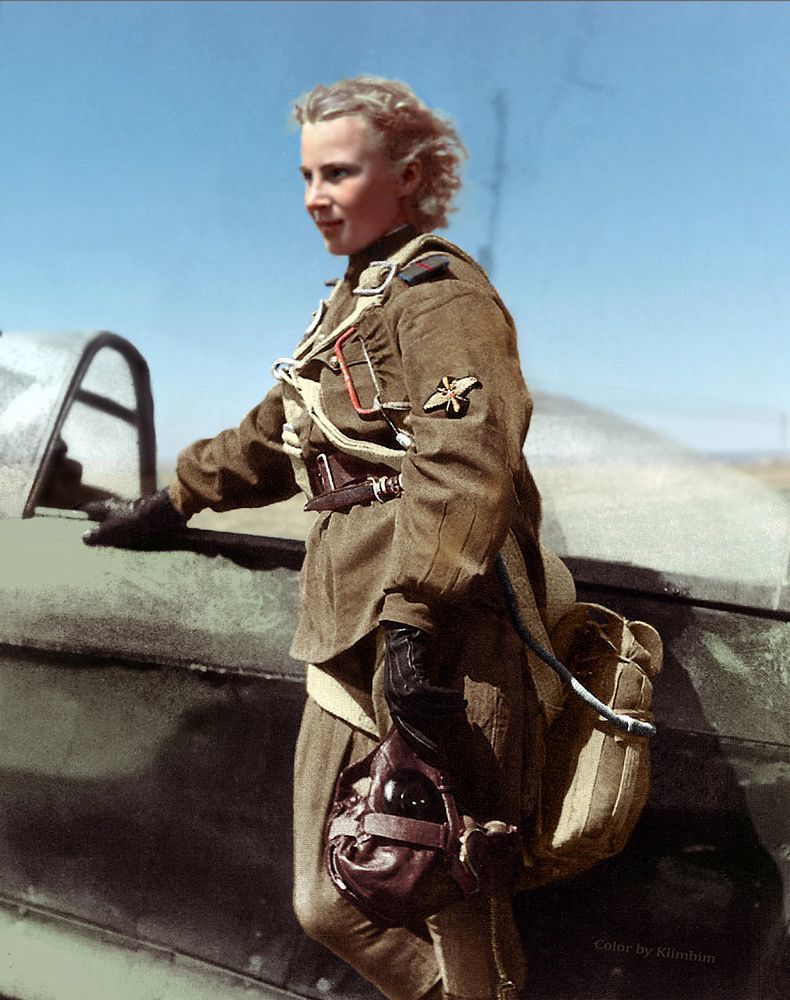 Despite such behaviour being frowned upon in February 1943 she was decorated with the Order of the Red Star, promoted to the rank of Lieutenant, and assigned the role of ‘Free Hunter’ one of an elite group of fighter pilots who could attack enemy formations on their own initiative.
She had also caught the eye of a fellow pilot Alexei Solamatin whose advances if not exactly spurned were not entirely reciprocated though she was later to write of feeling something akin to love for him only after she had witnessed his plane stall in mid-air and plunge to the ground killing him instantly.
Whether these feelings were ones of guilt or of genuine affection it is difficult to know but it was said that she became more reckless after his death appearing to volunteer for combat missions even when it was clear to everyone that she was exhausted and needed rest.
One of these missions was to destroy a German Observation Balloon that was directing fire on Russian positions including their own. Lydia insisted that she could succeed where others had failed by flying low and in a wide arc thereby avoiding the German anti-aircraft batteries, though she would remain vulnerable to small arms fire; having positioned herself to do so she would then attack the balloon from the rear.
The strategy was a success, the balloon was destroyed, and Lydia returned to base unscathed and to a hero’s welcome. The following month on 13 June 1943, she was promoted once more this time to Flight Commander.
Soviet propaganda had also by this time alighted upon Lydia and her fame began to spread not only in Russia where she became known as the White Lily supposedly because of the markings on her plane but also among the Allied Powers where she was lauded as the White Rose of Stalingrad. Fame however does not make one impervious to tragedy.
On 1 August 1943, Lydia was escorting a flight of Ilyushin Bombers to their destination (her fourth mission of the day) when on the return journey she encountered a German formation and as a Free Hunter engaged them immediately. A fellow pilot Ivan Borisenko described what happened: “Lily just didn’t see the Messerschmidt 109’s. A pair of them dived on her but when she did see them I saw her turn to meet them, then they all disappeared behind a cloud. Her Yak I could see was pouring smoke.”
He also reported that he had seen no parachute nor heard any explosion and that when he flew over the area he could find no obvious crash site or trace of wreckage. The failure to find Lydia’s body or the remains of her plane fuelled the inevitable rumours that she was not dead but had been captured by the Germans.
The possibility that she might now be a prisoner-of-war saw all official references to her cease and it was not until 1990, when the body of a female pilot was disinterred from a hastily dug grave in the area where Lydia was last seen that a positive identification was possible. It was only now that she was posthumously made a Hero of the Soviet Union.
Lydia was far from being the only heroine to emerge from the life and death struggle that was the War on the Eastern Front many of whom were awarded the highest honours and would die young. 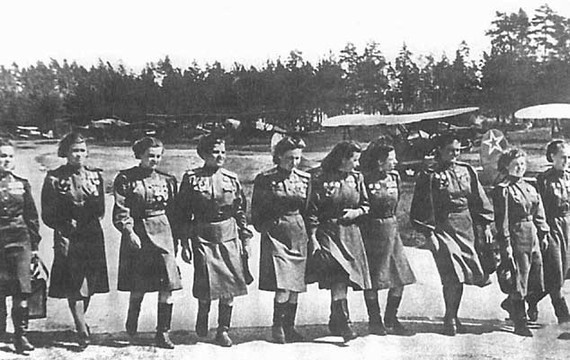 Thirty women of the all female 46th Taman Guards Aviation Regiment, known by their enemy as the Night Witches who wore no parachutes so as to increase their bomb load were killed carrying out night time bombing missions on German positions.
And there were individuals such as the machine-gunner Manshuk Mametova from Kazakhstan who would die of wounds aged just 20 on 15 October 1942; or the Tank Commander Alexandra Shamuzhenko who would be killed on 3 March 1943, aged 22.
Others were fortunate enough to survive like Nina Lokovskaya who commanded an all-female squad of snipers during the Battle for Berlin and the Ukrainian sniper Lyudmila Pavlichenko who accounted for 309 Germans but many did not and Lydia Litvyak, the White Rose of Stalingrad, was one of the more famous among countless other Soviet Russian women who gave their lives for their country and ironically perhaps, in the cause of freedom.
Tagged as: Modern, War, Women
Share this post: