Posted on 4th January 2021
Most great change comes about as the result of conflict of one sort or another and never is this more so than in the realm of politics and subsequent alterations in the balance of power. Now and again such change creates a legacy that goes far beyond its original intent and indeed the imagination of its protagonists - the meeting between King John I and his Barons on the field of Runnymede on 15 June 1215, and the document it produced is one of those moments.
Few reigns have been as chaotic as that of King John, Plantagenet and scion of the powerful Angevin Dynasty. He was the fifth son of the wily Henry II, and his strong-minded and independent Queen Eleanor of Aquitaine. Sadly, he lacked all of their qualities other than it seemed the one for making enemies. 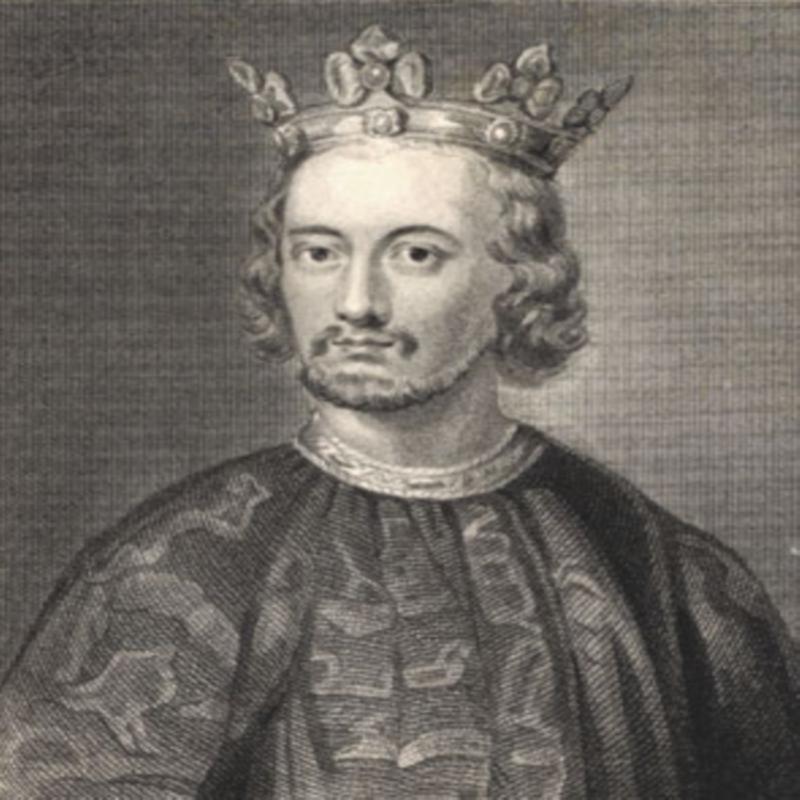 John Lackland as he was to become known, was crowned King vof England on 6 April 1199, but it had not been an uncontested coronation and in an attempt to impose his will in 1203 he waged war against those who advocated the claim of his 15 year old nephew, Arthur of Brittany. His campaign was only a partial success at best but during it he had taken possession of Arthur and following an argument during which the young boy had insulted him to his face John had him, murdered.
John was to equate his murder of a child with the reassertion of his authority and flushed with success now refused to pay homage to his titular overlord Philip Augustus of France, but he soon proved himself no General and in the war that followed he was to lose the provinces of Maine, Anjou, and most of Poitou.
To those of the Barons who had served under his brother Richard the Lionheart it was a costly and unprecedented humiliation but determined to regain his lost territories and restore his prestige John continued to wage war and the taxes raised to pay for it soared, an imposition acceptable to those required to pay it only if the plunder that comes from military success compensates and more. But there were few victories and John was soon being mockingly referred to as ‘Soft Sword.'
In 1207, he argued with Pope Innocent III over the latter’s choice of Stephen Langton as Archbishop of Canterbury, and his refusal to compromise on the issue saw him not only excommunicated but England placed under Papal Interdiction wherefore there would be no further communion, no more confession or absolution, marriages no longer received Church sanction, christenings were no longer performed, and the dead were buried in un-consecrated ground.
John responded by seizing Church property and filling his coffers with illicit treasure which brought little comfort to those who now feared for their immortal souls. But it was yet another war that he was destined to lose.
In January 1213, Pope Innocent pronounced sentence of deposition on John authorising Philip Augustus to wage Holy War on England and in May, under threat of invasion, with the country close to financial ruin and descending into chaos, John paid homage to the Pope as his Feudal Lord effectively handing England over to Papal control.
Not long after his humiliation at the hands of the Pope, John once again went on campaign in France and with the same disastrous results as before. Routed at the Battle of Bouvines he lost most of what remained of his possessions in France. For many of his Barons tired of the burden of taxation, the lack of respect for their rank, the trampling of their feudal rights, and the arbitrary expropriation of their property it was the final straw and on 14 January 1215, the rebel Barons along with leading members of the clergy led by Archbishop of Canterbury Stephen Langton confronted the King in London.
The Barons arrived not only with their demands but in full armour to which John took offence and so refused to negotiate with them, though he did with Stephen Langton granting the Church a separate Charter. But in all other matters he remained intransigent and the talks broke up with harsh words and in ill-temper.
The last best chance of a settlement had been lost and the rebel Barons departed to their estates in high dudgeon and prepared for war. In the meantime, John had recalled William Marshal, Earl of Pembroke, from the exile into which he had earlier sent him to rally those Barons still loyal. 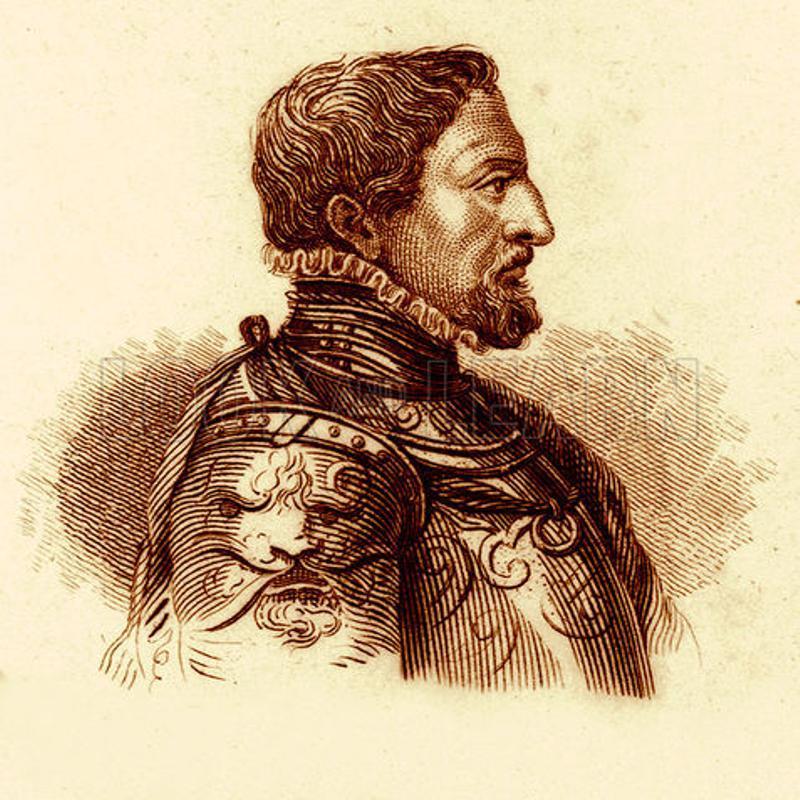 Still physically imposing and vigorous despite being almost 70 years of age William Marshal was renowned for his courage, his honesty, and his integrity. Indeed, he was considered to be the very epitome of chivalry and with the respect even of his enemies Marshal was the only man John could conceivably turn to. But for the time being at least there was little he could do.
When the opposing sides met on the Field of Runnymede on 15 June 1215, it was as two armed camps with battle seeming as likely as compromise but then John, not for the first time in his life, having gathered his forces declined to fight. Ever mistrustful, even of those who had proffered their support and had turned up armed in his defence he decided on this occasion discretion to be the better part of valour and would unlike six months earlier in London negotiate a Barons Charter.
For four days John would listen to a litany of complaints often in bad temper sometimes in sullen silence but rarely with any sincerity. It was after all just another Charter, and such Charters were commonplace in Medieval Europe - but this one would be different. Although most of its Articles, or Clauses, deal with feudal rights, ostensibly the property rights of a privileged few, the Free Men referred to in the preamble for the first time saw an anointed King answerable only to God also be made subject to the law of the land.
Article 39 and 40 (The Justice Clause)
No free man shall be seized or imprisoned or stripped of his rights or possessions or outlawed or exiled or deprived of his standing in any way nor will we proceed with force against him or send others to do so except by the lawful judgement of his equals or by the laws of the land.
It continued:
To no one will we sell, to no one deny or delay right of justice.
The Justice Clause is the most famous and the most often quoted of Magna Carta’s 62 Articles and has evolved to form not only the basis for the legal systems of liberal democracies around the world but also the judicial reference point for regimes in which the dispensation of justice is not entirely devolved from the practice of political power.
Articles 12 to 14 (The Taxation Clause)
No scutage or aid (tax) may be levied within our Kingdom without its general consent.
The King could no longer impose taxation upon his subjects without making provision for the calling of the (Barons) Council and the agreement of that Council. This would later be understood to mean Parliament.
The Taxation Clause of Magna Carta would be used to oppose the imposition of taxes by Charles I during the suspension of Parliament and the period of his personal rule. It would also serve as the inspiration for the rallying cry of the American colonists of No Taxation without Representation during the War of Independence.
Articles 60 and 61(The Security Clause)
Since we have granted all these things for God, for the better ordering of Our Kingdom, and to allay the discord that has arisen between us and our Barons, and since we desire that they shall be enjoyed in their entirety, with lasting strength, forever, we give and grant to the Barons the following security: That they (The Barons) shall elect twenty five of their number to keep, and cause to be observed with all their might, the peace and liberties granted and confirmed to them by the Charter.
Also contained within it was the proviso that:
The King shall seek to obtain nothing from anyone, in our person or through someone else, whereby any of these grants or liberties may be revoked or diminished.
For the first time restraints were imposed upon the Royal power and the prerogatives of the King. If he failed to abide by the terms of the Charter after notice had been given of his failure to do so by at least 4 of the 25 Barons on the Council, and if any non-compliance continued thereafter, then the Barons would be absolved of their Oath of Fealty and could take up arms against him. It meant the King was no longer the sole power in the land and the Security Clause would provide the principle upon which Parliament would oppose the Stuart Monarchy and Charles I’s claim to rule by Divine Right.
In the meantime, John was derided on the Continent for becoming a King who was subject to his subjects. 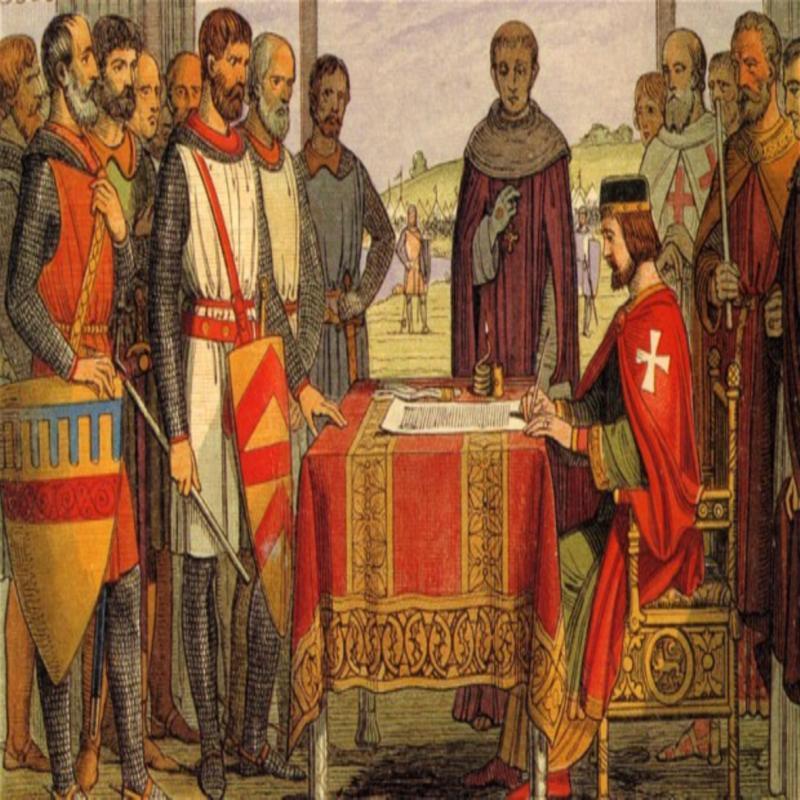