Posted on 1st March 2021
Donatien Alphonse Francois, Marquis de Sade was born on 2 June 1740 at the Conde Palace in Paris just another son of an impoverished nobleman but during his long life he was to find fame as an advocate of sexual freedom unrestrained by morality, religion or law; as a result many of his seventy four years he spent behind bars in various institutions including five years in the Bastille and many more in an asylum for the criminally insane.
His time under lock and key he used to write a series of erotic novels which combined pornography with philosophical discourse of which the most notorious was the 101 Days of Sodom.
De Sade came from the stock of ancient nobility his family being Noblesse d’Epee (the Nobility of the Sword) not the more recently ennobled Noblesse d’Robe (Nobility of the Cloth) the parvenu merchants, bankers, lawyers and myriad Court Officials who now demanded their slice of the pie. The de Sade family had the status then but not necessarily the money. As for whether or not the young Donatien ever inherited the title Marquis it appears doubtful, but he seems to have taken it anyway.
Raised by the servants in his uncle’s house after his parents abandoned him he was allowed to do pretty much as he wished with minimal supervision. This would change when he later attended Jesuit Boarding School before in his early twenties taking a commission in the army where he rose to the rank of Colonel of a Regiment and saw action during the Seven Years War. 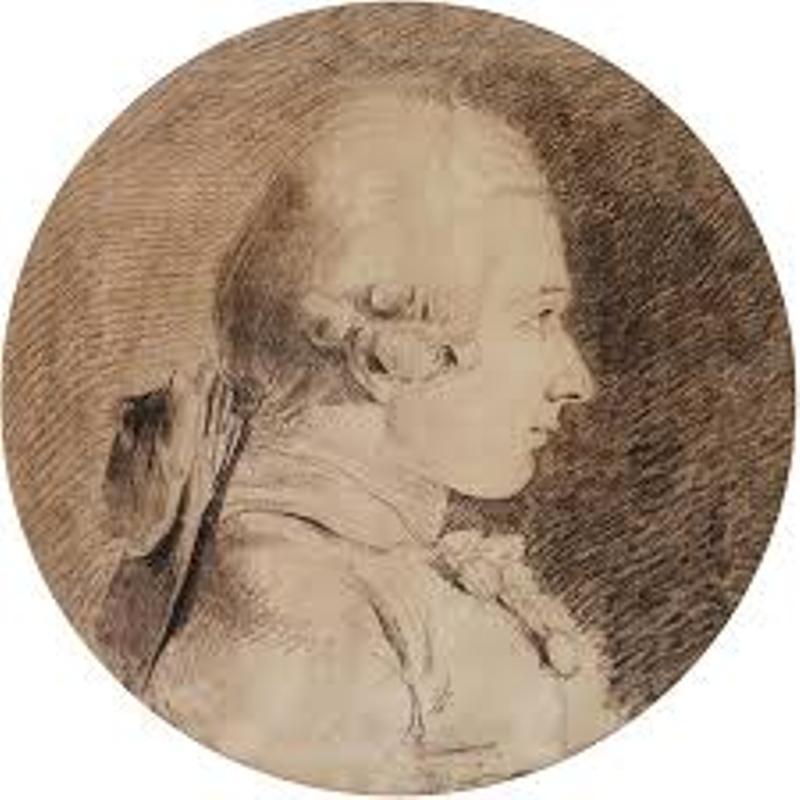 In 1763 he married a rich Magistrates daughter, Renee Pelagie de Montreuil, a match made in heaven for a suitably overbearing but impoverished member of the aristocracy. It was a happy marriage in its way but never a conventional one and despite siring two children de Sade showed little interest in the comforting embrace of the marriage bed instead procuring the services of prostitutes he could abuse at his leisure. However, when one of them complained of maltreatment and the police became involved he moved to Paris.
But he soon found himself in trouble once more when on Easter Sunday 1768 a prostitute named Rose Keller escaped from his Chateau at Arcueil by jumping naked from a second floor window. She was later to accuse de Sade of imprisoning and sexually abusing her but the Authorities were disinclined to take the word of a prostitute over that of a nobleman and were reluctant to proceed further with the complaint. Hiss increasingly exasperated mother-in-law thought otherwise however, and petitioned the King for a Lettre de Cachet. This was a Royal Warrant for the arrest of a suspect that stated no cause and denied the accused access to the Courts – in other words, the accused could be confined indefinitely at the King’s pleasure.
Warned that a Lettre de Cachet had been issued for his arrest, de Sade fled Paris for Marseille but the need to keep a low profile did not curtail his activities; and he continued to procure prostitutes whom he had taken to drugging with an aphrodisiac known as Spanish Fly which he believed heightened the sexual experience. It was in fact a poison that made many of the prostitutes seriously ill and it was only through good fortune that none of them died and he avoided a murder charge
In the meantime, he had been accused by someone of committing sodomy with his manservant, Latour. In eighteenth century France sodomy was a crime punishable by death so de Sade, his wife’s sister who was staying with him at the time and Latour all fled in haste to Italy. But the outstanding Lettre de Cachet remained a Sword of Damocles hanging over his head so after spending a spell in prison in Italy he agreed to return voluntarily to France if they allowed him to do so in secrecy.
He hid out for a time at his Castle in Lacoste supported by his wife who if not exactly an accomplice in his activities rarely complained. There he continued much as before hiring women as serving girls only to sexually abuse them once they had begun in his employ.
In 1778, he was stopped and arrested while on a journey to Paris to visit his sick mother unaware that she had died earlier. While in custody it was revealed that he had been sentenced to death in absentia. He successfully appealed the sentence but was to remain in prison under the orders of the Lettres de Cachet.
In 1784 he was transferred to the Bastille where five years later on 2 July 1789, he was heard to shout from the window of his cell to the crowds that had been gathering around this symbol of Royal Authority for some time: “They are killing the prisoners here, they are killing us all.” Such was the fervour of the crowd his words almost caused a riot. Two days later he was transferred to the Insane Asylum at Charenton. Soon after, on 14 July the Bastille was stormed sparking the French Revolution. 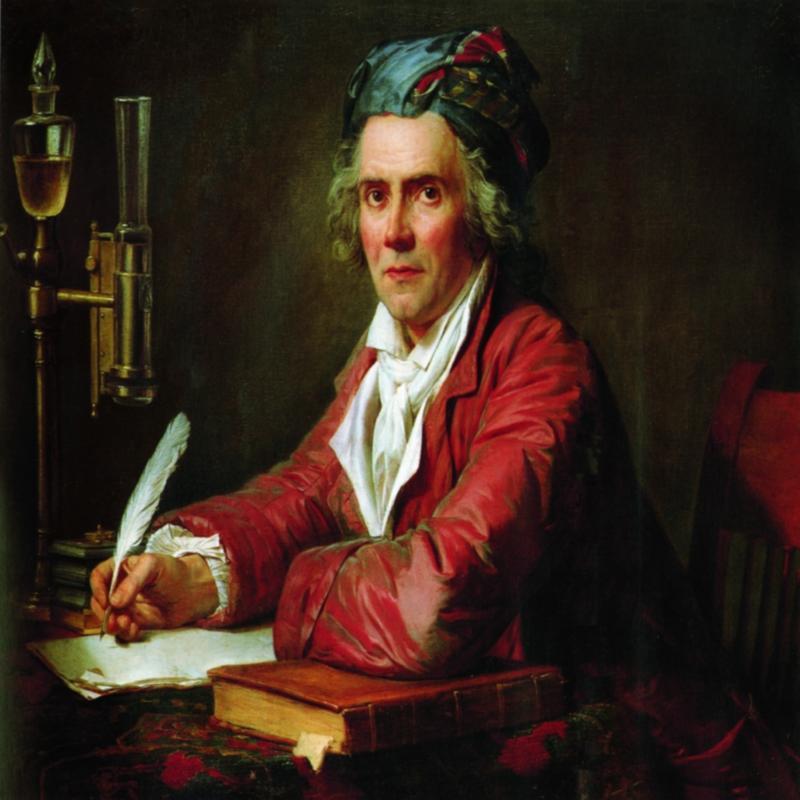 In 1785, during his time in the Bastille and over a 37 day period he had written on a 12 metre long roll of paper his most famous literary work – 101 Days of Sodom. Upon learning of the storming of the Bastille he was devastated believing that his manuscript had been lost forever. Much to his relief it was returned to him some months later.
The 101 Days of Sodom is set in a remote Castle detached from the rest of the world where four main characters all of whom are rich beyond the dreams of avarice and having nothing else to do in life but indulge their passions and are described as “lawless and without religion,” and that they obey only “the imperious decrees of their perfidious lust.”
They are an Aristocrat wanted for murder, a Bishop obsessed with anal sex, a Judge ugly and unclean and an effeminate Banker. They represented the pillars of an establishment that de Sade professed to despise and in his novel he would debase them all and everything they stood for.
The four main characters had willing accomplices to their debauchery namely a number of both male and female prostitutes but the victims of their sexual excess were to be their four young daughters all of them virgins. The plot revolves around their indulgence of the four main passions: the simple, the complex, the criminal, and the murderous. 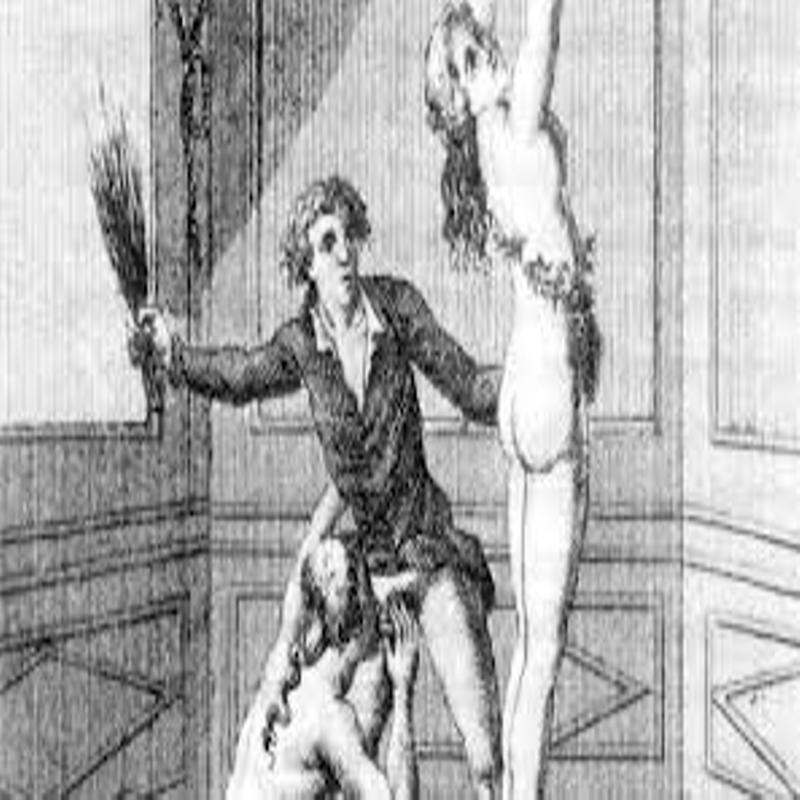 In the pages of the book every sexual perversion is catered for from incest, to bondage, flagellation, sodomy, and necrophilia. The book ends in an orgy of bloodlust and killing as women are raped to death atop a bed of nails and the men climax as the blood seeps from the naked bodies of the women who were their victims.
He was delighted to have rescued his manuscript.
Following the Revolution the King’s powers were curbed and the Lettres de Cachet abolished. Not long after de Sade was released from Charenton and in 1790 was elected to the recently formed National Convention ostensibly the result of his role in the storming of the Bastille. Even though he hadn’t been present at the time and his participation had since been greatly exaggerated.
He now dropped the title Marquis and insisted upon being referred to as Citizen de Sade and though his years of confinement had left him corpulent and ponderous it had in no way diminished his vigour and he was a very visible presence in the Convention speaking often.
But he was also a man of contradictions opposing the death penalty and the excesses of the Revolution while at the same time being a champion of the mob and a vocal supporter of that man of blood, Jean-Paul Marat.
The Revolution had provided de Sade with a brief respite from his many years on the run and long spells of confinement and he was determined to make the most of it. He continued to indulge himself in the usual way but also took time to see to the publication of his books. He also abandoned his wife and set up home with an unemployed actress named Marie-Constance Quesnet, with whom he was to spend the rest of his life.
In 1796, threatened with bankruptcy he was forced to sell his Castle at Lacoste to pay his debts and the little money he earned through his books went to creditors. He continued to write anonymously but the true identity of the author of such scurrilous and scandalous works was hardly a secret.
In 1801, on the orders of Napoleon Bonaparte he was arrested for being of a lascivious disposition and the author of amoral and irreligious works. In truth, it was because of his revolutionary past and his known opposition to the upstart Bonaparte. 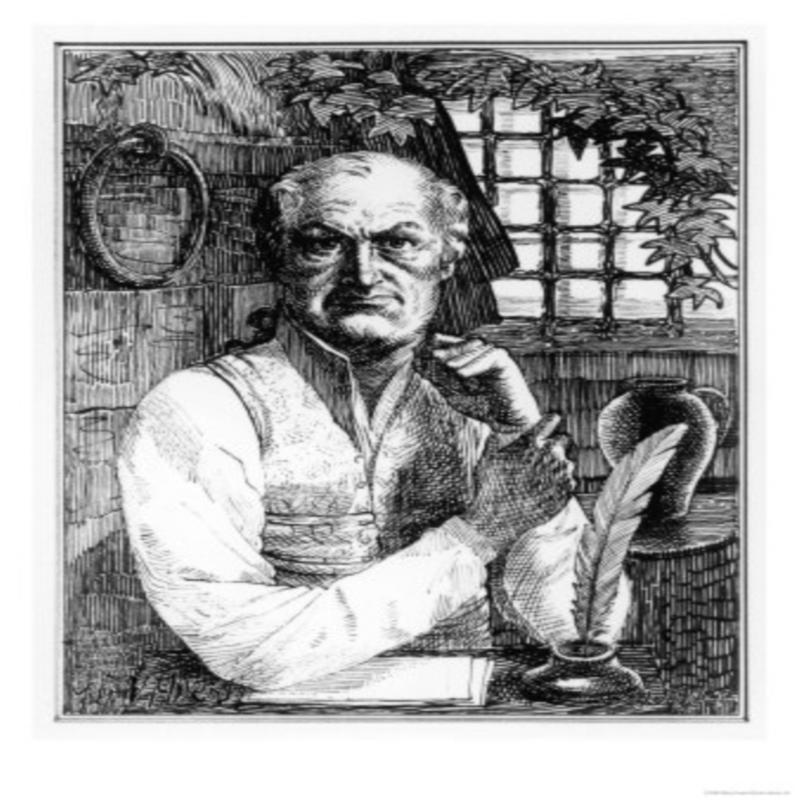 He was sent to the Saint-Pelagie Prison but in 1803 his ex-wife and her family petitioned to have him transferred to the gentler surroundings of the Asylum at Charenton where they agreed to pay for his keep and provide him with a pension. There he was permitted to stage his plays and invite the public to come in and view them. He also began an affair with a 13 year old girl, Madeleine LeClerc, even though Marie-Constance was living with him at the time.
On 2 December 1814, aged 74, the Marquis de Sade, died. He had insisted that no autopsy be carried out on his body regardless of the circumstances of his death.
Some academics, particularly in France, view de Sade’s writings as a searing critique of Authority and established Enlightenment thinking. Others view him as a simple pornographer who used the written word to indulge his sexual fantasies at a time when he could not indulge them physically.
Perhaps, his greatest legacy is in giving us the word for violent sexual excess - Sadism.
Tagged as: Miscellaneous
Share this post: