Posted on 7th March 2021
Can a corpse be reanimated? Can life be made from death? What if monsters roamed the earth and man could be God? Mary Shelley imagined such things both in her dreams and in her nightmares.
She was born Mary Godwin on 30 August 1797, the daughter of the radical philosopher William Godwin and the proto-feminist writer Mary Wollestonecraft.
Mary never knew her mother who had died from an infection in the days following her birth as the result of a botched delivery but she was aware of her work, her significance, and of her own role in her mother’s death that had caused her father such pain. 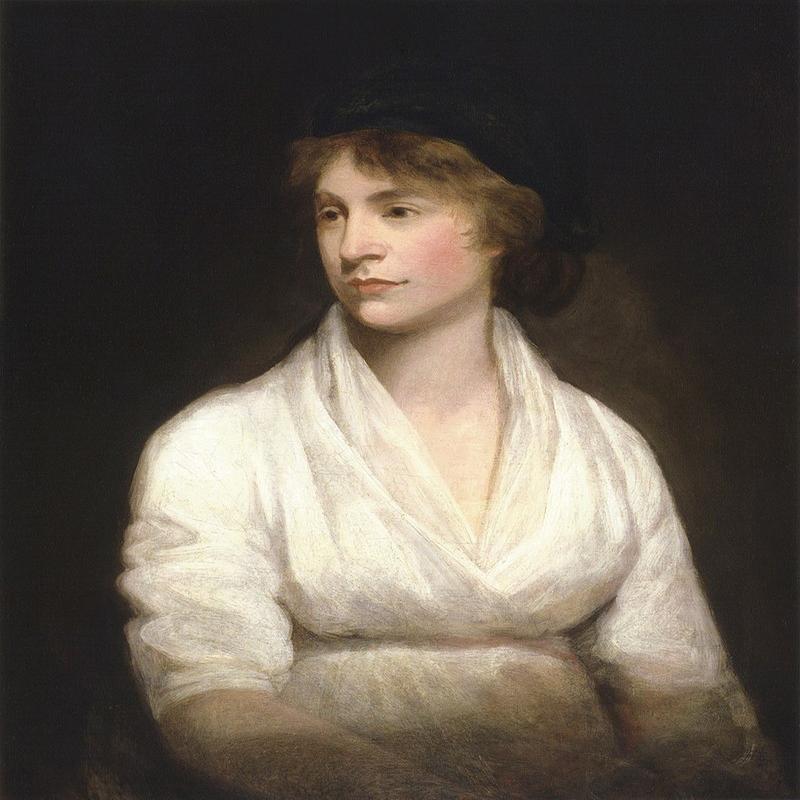 In 1792, Mary Wollestonecraft had written the Vindication of the Rights of Women now considered the first feminist treatise in which she stated that women were inferior to men in no other way than in the education that was denied them. She also insisted that women maintain control over their own bodies and use them as they wish to satisfy their own desires. Such radical ideas and the fact that as a woman she was willing to express them not just verbally but in writing led her to being described by the author and Whig politician Horace Walpole as that “Hyena in Skirts.”
Her marriage to William Godwin the author of Political Justice which is often seen as an early anarchist tract with its insistence upon the governance of reason over the government of people whether consensual or otherwise was unexpected in that both were vocal advocates of free love even though Mary had been married once before.
It was to be a working partnership with the few years they were together being the most productive of their lives and when Mary died Godwin was devastated. He told a friend: “I firmly believe there does not exist her equal in the world. I know we were formed to make each other happy. I have not the least expectation that I can ever know happiness again.”
Four years after Mary’s death he married Mary Jane Clairmont, a woman with limited intellectual horizons and no literary ambition. 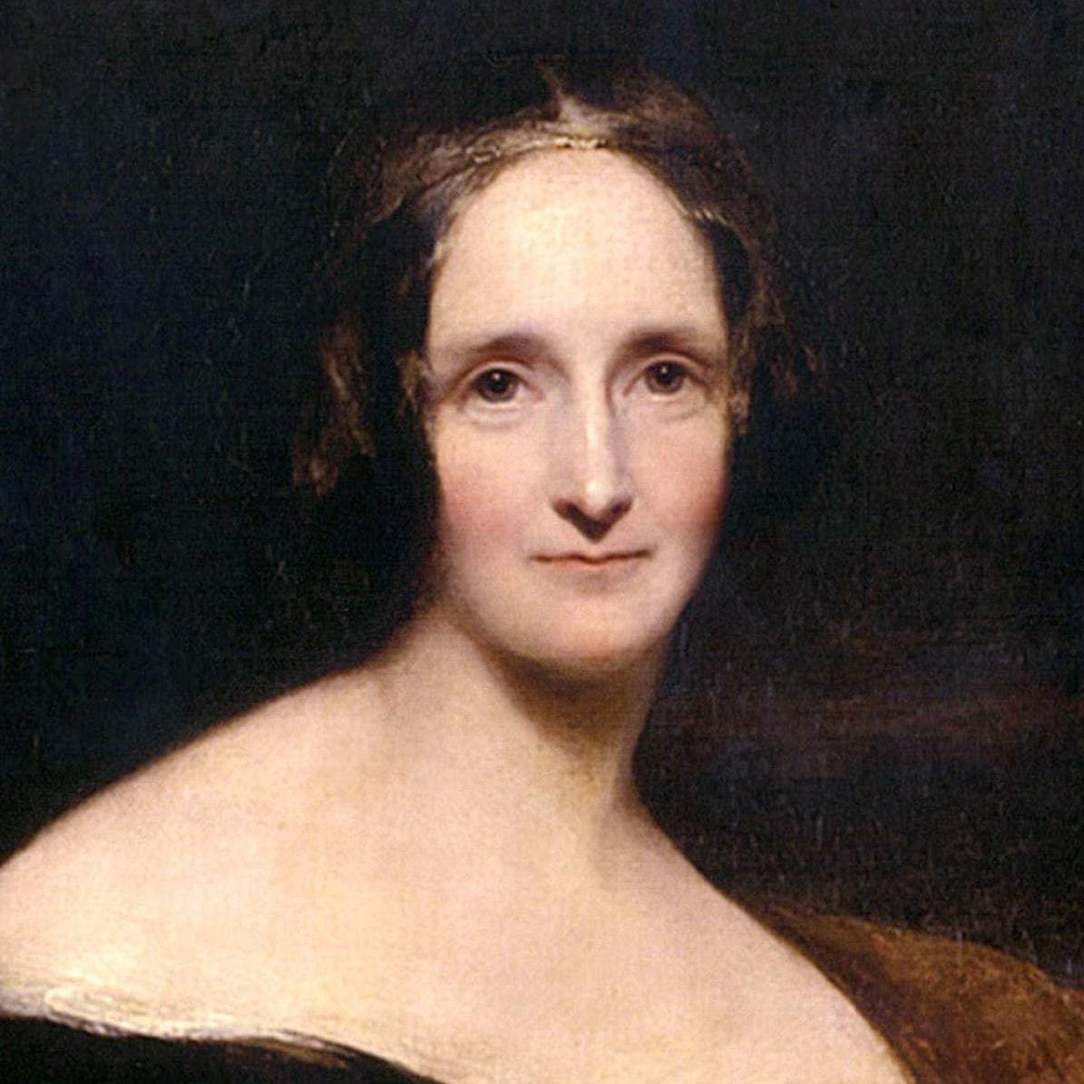 The young Mary was to have a fractious relationship with her step-mother who she was later to blame for turning her father against her though his own behaviour towards her indicates that perhaps he too in part held Mary to blame for his wife’s death. For despite having a liberal upbringing and being encouraged to think free of restraint and social convention he denied her the formal education that her mother had believed essential if women were ever to be considered the equal of men. But then there is no better education than imagination and with access to her father’s vast library, his manuscripts and papers, she had that in abundance for she was an avid reader.
Uncomfortable in the presence of her step-mother and step-sisters, Mary was an introverted child who spent much of her time on her own and could often be found sitting at her mother’s graveside reading.
As one of the leading radical thinkers of his day the Godwin family home became a halfway house for London’s liberal elite and was frequented by the likes of William Wordsworth, Samuel Taylor Coleridge, and the members of the Corresponding Societies. 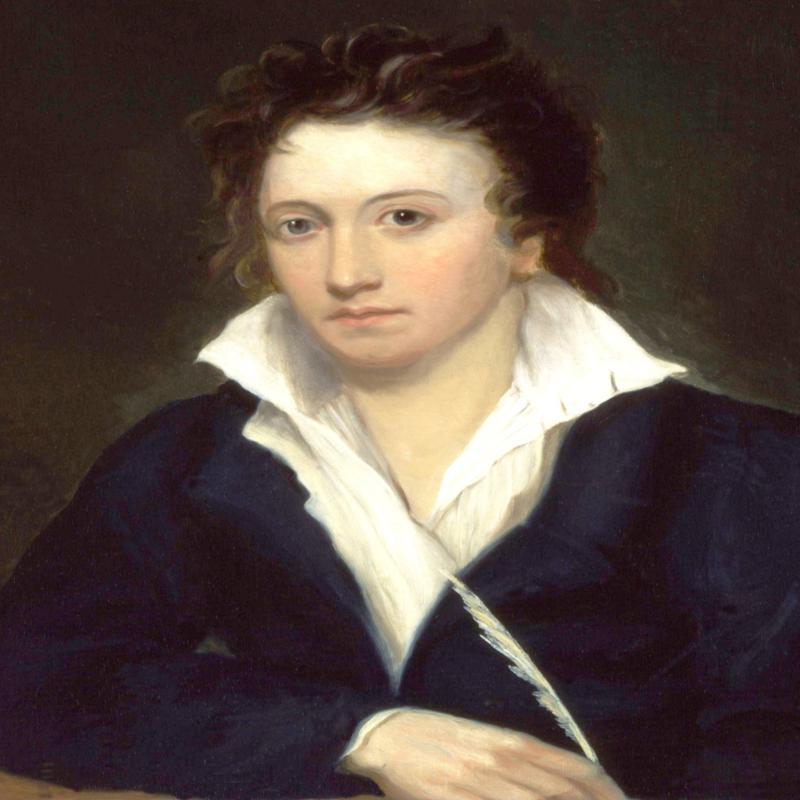 In 1814 when she was aged seventeen she met and fell hopelessly in love with the poet Percy Byssche Shelley, five years her senior. He was already married to Harriet Westbrook but on 24 June abandoned his wife to be with Mary.
Upon discovering that his daughter was having an affair with Shelley, Godwin was furious. Not only was he a married man but he had come to believe that Shelley was governed not by reason but by the indulgence of the senses and that no good could come from a relationship with a man who had no moral compass. Mary was surprised and upset by her father’s reaction for he had written in Political Justice that marriage was a repressive monopoly and had been an advocate of free love, but he had since retracted his words and changed his views.
Godwin’s antagonism towards Shelley may have had more prosaic reasons, however. Shelley who was a devoted follower had introduced himself to Godwin as the son of a family of great wealth, which he was, and Godwin believing that Shelley might be able to alleviate some of his own financial difficulties devoted a great deal of time nurturing the young man. He was to discover later that Shelley had no real income of his own and had been effectively disinherited by his father.
On 28 July, she and Shelley eloped to France but were to return to England six weeks later penniless and with Mary pregnant. Her father would have nothing to do with them and they were forced to live off the charity of friends. It was a difficult time for Mary who already haunted by the fact that she may have been responsible for her mother’s death now had to cope with the rejection of the father she adored and the loss of her baby which was stillborn.
Also, unlike her father Shelley remained a devotee of free love and continued to have affairs which Mary was made to endorse. He had also let it be known that he intended to share Mary’s body with his friends. This Mary agreed to though she never acted on it. She wanted to be Shelley’s woman not his plaything.
The year 1816 was a turbulent one both in a wider social sense and for Mary personally. Both significant and sad in equal measure it was to prove a turning point in Mary’s life.
In April Mount Tambora in the Dutch East Indies erupted. It was the greatest volcanic eruption known in history up to that point and it deposited huge amounts of dense, black, volcanic ash into the atmosphere that blotted out the sun. As a result the Continent of Europe and elsewhere was plunged into semi-darkness and cursed with freak weather conditions for months. There was frost in August as temperatures fell below freezing, the rain was incessant, rivers flooded and red snow was seen to fall in Italy. Across the Continent crops failed, and there was widespread famine during what was to become known as the Year without Summer.
In May of that year Mary and Percy travelled to Switzerland along with Mary’s step-sister Clara Clairmont to stay with Lord Byron.
Distant as children Mary and Clara had become close as they grew into adulthood. Clara, who was as tempestuous and argumentative as her mother was pregnant with Lord Byron’s child at the time and she was also the on-off lover of Shelley. Indeed, his friends often used to joke about his two wives. 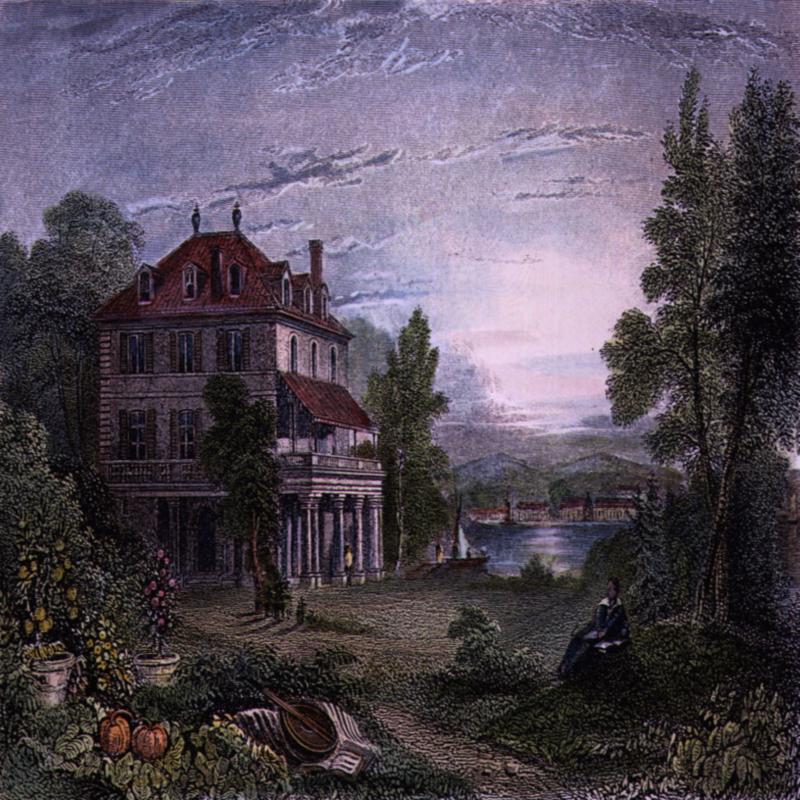 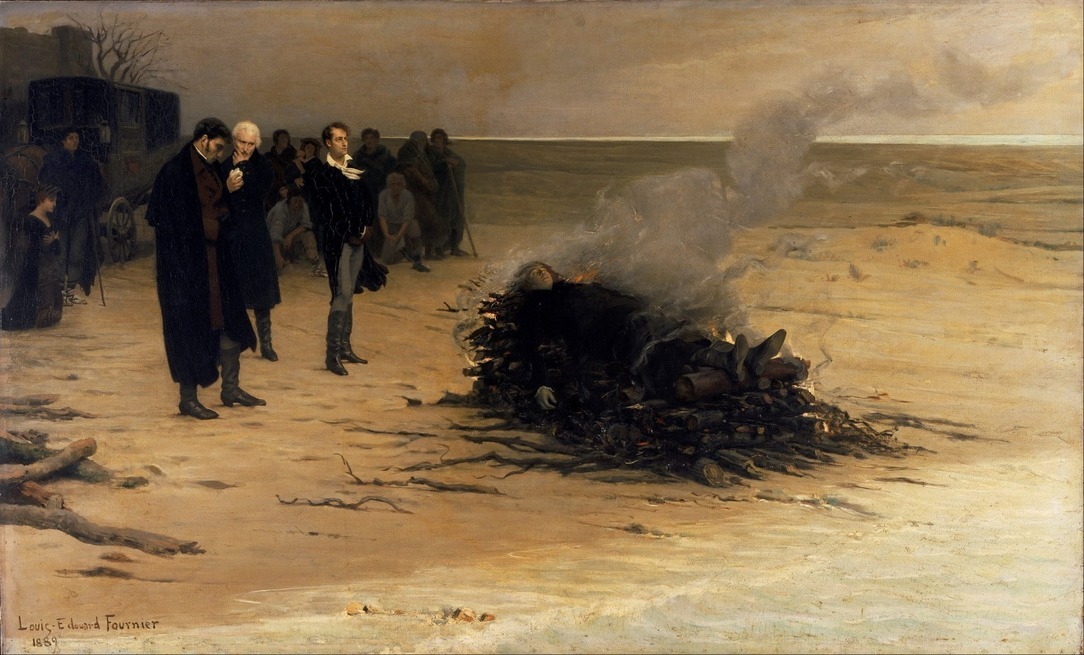 Shelley’s body later washed ashore and later cremated on the beach at Viareggia by Lord Byron and some of his friends. Mary, the grieving widow did not attend the ceremony as was the custom at the time.
Mary was devastated by her husband’s death despite everything he had put her through. She had never ceased to adore him.
She returned to England where reconciled with her father she resided in his house. She rarely socialised and when it was suggested to her that she should remarry she replied that she had been married to a genius and that it was only ever possible to marry one.
She never did remarry but she did continue to write with varying degrees of success. She died on 1 February, 1851, at the age of fifty three in great pain from a brain tumour. Only one of Mary’s four children by Shelley, Percy Florence, ever lived into adulthood.
Of the others that were there on that momentous stormy night in the Villa Diodati, Lord Byron died of a fever on the Island of Messalonghi where he had gone to fight in the Greek War of Independence; Dr John Polidori, who is credited with writing The Vampyre, a short story and possibly the first mention of a vampire in literature and one that pre-dated Bram Stoker’s more famous Dracula by many decades, was heavily in debt from gambling and suffering from depression. He died on 21 August, 1821, according to the Coroner from natural causes though the likelihood is that he committed suicide by drinking prussic acid.
Only Clara Clairmont, lived to a ripe old age dying quietly in her bed in Florence in 1879, aged 80. She regularly communicated with Mary over the coming years but in increasingly bitter tones and rarely commented upon her relationship with her more illustrious friends or indeed their notorious residence together in the Villa Diodati.
Tagged as: Miscellaneous, Women
Share this post: