Posted on 5th August 2021
Mata Hari, one of the most evocative names in history was born plain Margarethe Zelle at Leeuwarden in the remote Friesland region of the Netherlands on 7 August 1876, the daughter of a shopkeeper. It was a humble start to life but Margarethe was determined it should not remain that way. As she later wrote: "I wanted away, to live life like a colourful butterfly in the sun."
In 1895 aged just nineteen she married a Dutch Army Officer twenty one years her senior, a man she had met through a lonely hearts advertisement posted in a local shop window.
Two years later sent to serve in the Dutch East Indies Margarethe accompanied him. Little is known of their time there together but it was clearly not a happy marriage for despite giving birth to two children (one of whom died soon after) by 1902 she was back in the Netherlands having divorced her husband who had taken custody of their remaining child.
She did not remain long in the country of her birth but travelled onto Paris where she now reinvented herself. 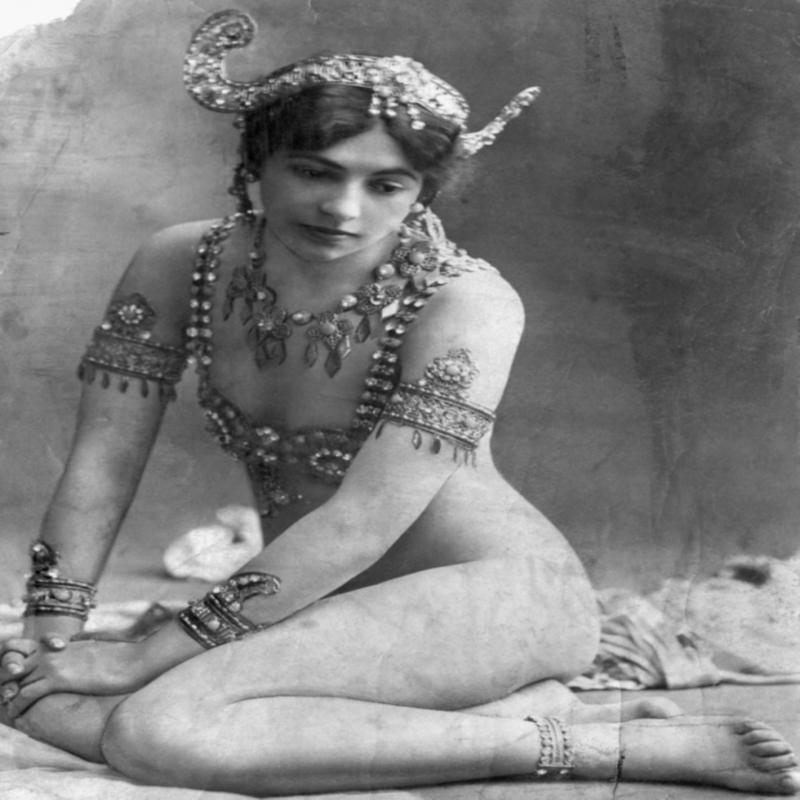 It was clear she had paid attention to the culture of the Indies for despite having little money she trained as an erotic dancer paying for her tuition by means of prostitution and was eager to express herself not just through the medium of dance but in the exotic ways of the Far East that she had so readily imbibed and was to prove herself to be particularly adept. She also changed her name to the enigmatic Mata Hari which means "Eye of the Day" though she translated it as "Sunrise of the Day."
She created scenarios and choreographed her own dance moves which she referred to as her "Sacred Dances." And she wasn't afraid to push the barriers of what was deemed respectable behaviour.
Her dance routines would be slow, precise, and overtly sexual invariably ending with her sprawled naked upon the floor though she would often keep her bra on, not out of any sense of modesty but because she was self-conscious about being a little light in that area.
She responded to the criticism of lewd behaviour by excusing the nudity as being necessary for the sake of her art which she cleverly seasoned with lashings of fake semi-religious Eastern mysticism. 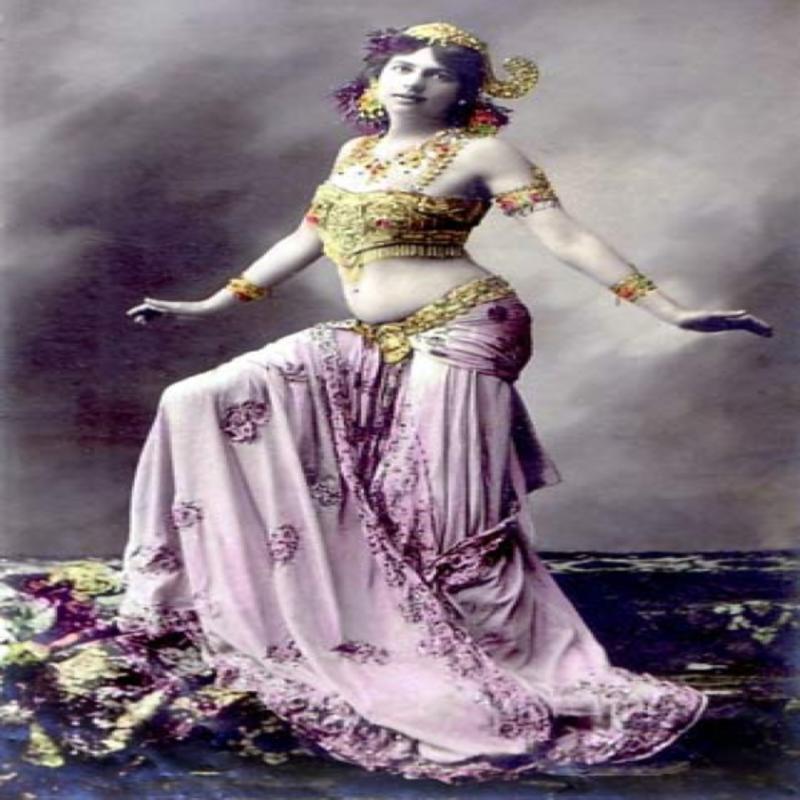 During World War One Holland remained neutral. This allowed Mata Hari to easily move from one country to another. Indeed, the outbreak of hostilities did not seem to disturb her routine at all. She still played too packed out auditoriums in Paris and Berlin and still her fame continued to grow - her popularity did not go unnoticed.
The Intelligence Agencies of all the combatants knew that she only slept with the most prominent people. The value of her pillow talk could be priceless and she would make the perfect spy. By November 1914 the German Consul in Holland, Karl Kroemer believed he had recruited her for just such a role and paid her 20,000 francs to spy for Germany, issued her with a code name and provided her with invisible ink. She took the money, forgot her code name and threw away the ink.
Mata Hari was motivated by sex and money and what they could provide for her not politics and certainly not by war. She was later recruited by French Intelligence and again she took the money but she didn't seem to have any clear idea of what she was doing or the perilous position it placed her in. Also she never truly appreciated the fact that for all the adulation she received she was loved and loathed in equal measure.
A great many people were disgusted by her activities and what for her was fun was to others degrading and vile. She was often referred to in the press as a thief, a liar and a harlot who would do anything to feather her own squalid nest including spying for the enemy. 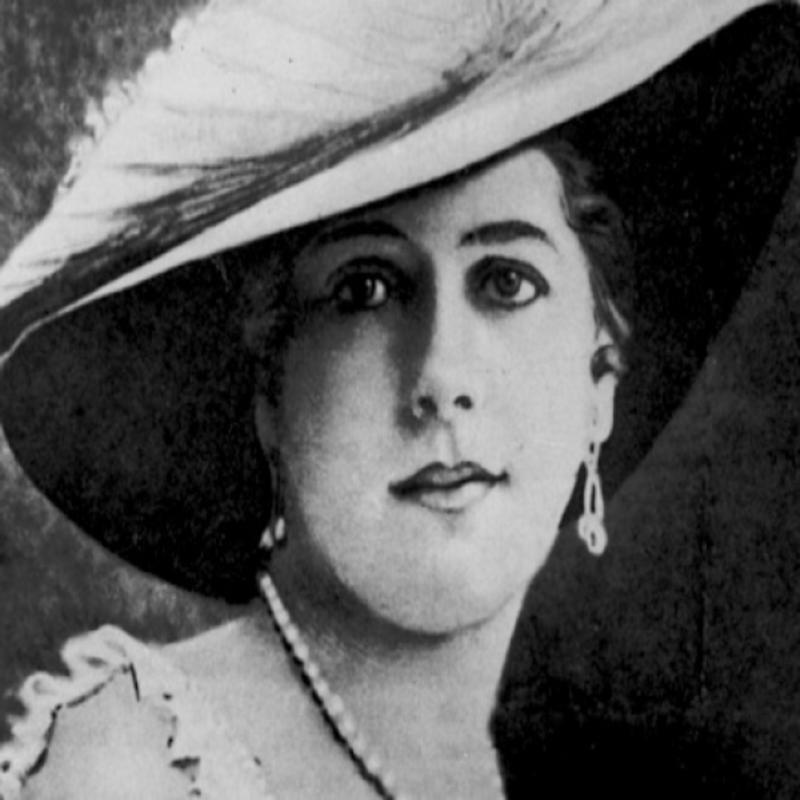 In January 1917 French Intelligence intercepted a radio transmission from the German Consulate in Madrid praising the work of an agent code-named H-21. This was already known to be the code name for Mata Hari. Having received no information of value from Mata Hari themselves they now assumed that she must be working for the Germans.
On 13 February 1917 she was arrested at her Apartment in Paris and charged with espionage. She did little, if anything to defend herself against the charges and even at her trial spent most of the time being coquettish, coy and flirtatious with the Court. She seemed to be entirely oblivious to the likely penalty if found guilty of the crime she was accused.
Everything was against her - the evidence, the Court, public opinion and a guilty verdict was inevitable. She was sentenced to death by firing squad. For a supposed woman of the world she had proven to be remarkably naive.
On the morning of 15 October 1917, Mata Hari was awoken from a deep sleep and informed that her personal appeal to the French President for clemency had been rejected and that she was to be executed that same day. She said little but did request that she be able to write a number of letters. She was permitted to do so but told to hurry it up.
Upon completion she was ordered to get dressed and never one to miss an opportunity she dressed-to-impress a swearing high-heels and stockings she draped a long fur-lined black cape over her silk kimono and put on her wide-brimmed black velvet hat placing it at a flirtatious angle. She then said in a calm and steady voice: "I am ready, now." 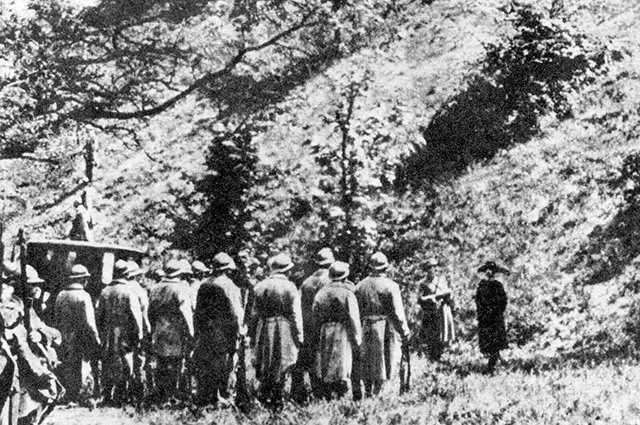 Standing before the firing squad she requested neither to be bound nor blindfolded wanting she said to stand before her executioners erect and with dignity. Some of the firing squad later reported that they had been unnerved by the way she looked at them unflinchingly straight in the eye. Others said that a faint smile played upon her lips.
As the shots rang out she fell to her knees with her face pointed briefly towards the sky before she fell slowly backwards. An Officer then walked forward put a pistol to her head and shot her through the temple.
Tagged as: Modern, Women
Share this post: