Posted on 27th July 2021
Molly was a term used to describe an effeminate or homosexual man in Georgian times and the Molly House named after them were often private rooms put aside in a tavern exclusively for men often dressed as women to gossip and engage in sexual encounters.
Georgian society just as many still do today sought to punish homosexuals for their unnatural vice and for sinning against God. They were no less aware of it than we are today either and the fact there were Molly House was no secret in Georgian society. 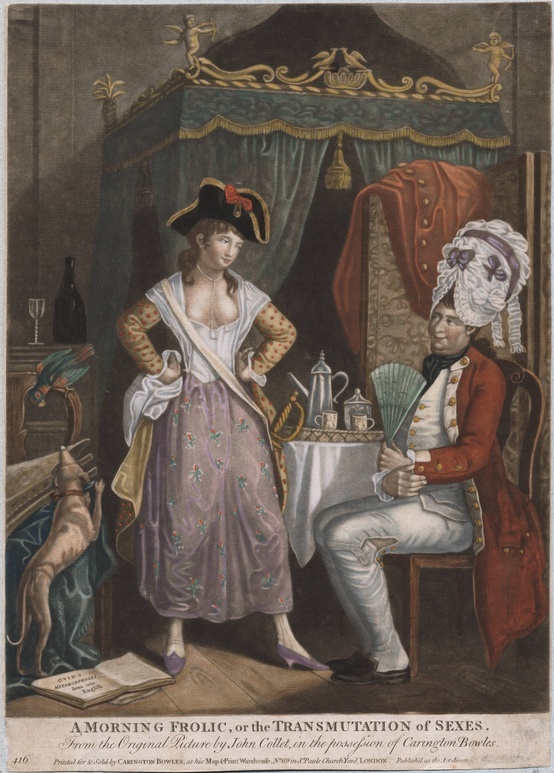 Outside the privacy of one’s own home, which was in any case rarely private, the Molly House was the only place where a homosexual man, especially an overtly effeminate one could be themselves. It was here where the emphasis was placed on cross-dressing and gender subversion they would indulge their fantasies in a relatively safe environment.
Once in a Molly House they would most often adopt female dress, feminine mannerisms and a female persona and as simply attending a Molly House was enough to put one’s life in danger secrecy was paramount so it was usual for those present to be known only by their female name to others in attendance.
Role play and the mock rituals of femininity played a significant part in their activities and these included sham weddings with the vows administered by a sometimes de-frocked or fake priest and with male bridesmaids. A bed would then be provided so that the marriage could be consummated.
Along with the subverted re-enactment of traditional courtship it was not unknown for the process of giving birth to be feigned for the amusement of others. 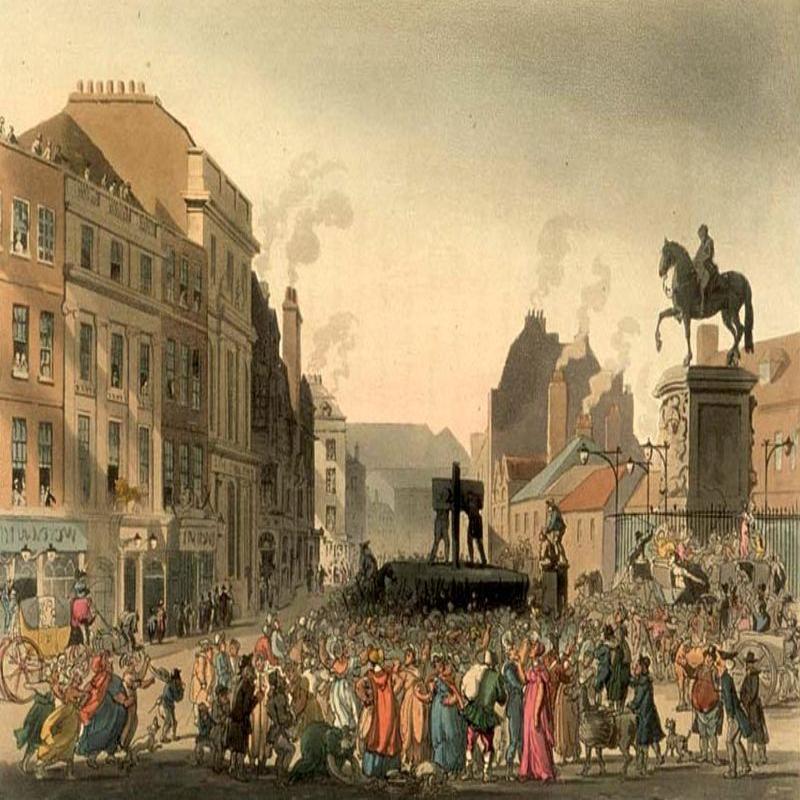 The most famous such venue was run by Margaret Clap who owned a Coffee Shop in Field Street, Holborn an area of London that was a popular meeting place for homosexuals. Open to the public most days it was transformed into a Molly House on a Sunday.
Although it has been estimated that there were as many as 40 Molly Houses in London at the time, Mother Clap's was always the most popular. This was due to the fact that she did not run her establishment just for profit but actually cared for her clients. She enjoyed their company and even on occasions spoke up in defence of those who had been arrested for reasons of indecency or lewd behaviour.
She was referred to as Mother out of affection the term reflecting her nurturing and kindly nature. Likewise, Molly was an abbreviation of the name Margaret and though it is not known whether she influenced the use of the term Molly to describe homosexual men she does seem likely to have been the genesis of the phrase “to molly-coddle”. 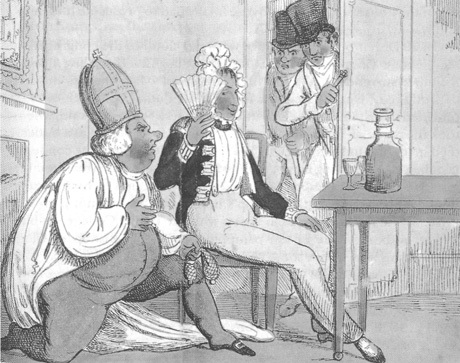 Mother Clap always presided over the meetings at her Coffee House in person and was often known to pop over to the Bunch O' Grapes Tavern nearby to purchase beer, wine and pies for her customers. She also provided them with beds should they wish to engage in more intimate relations.
Active in London at the time was the Society for the Reformation of Manners for whom the proliferation of Molly House’s was a particular concern. They were always looking for the evidence with which they could bring prosecutions and close establishments down and unknown to Mother Clap her Coffee Shop had been placed under surveillance.
Two homosexual informants, a jilted lover Mark Partridge and the prostitute Thomas Newton provided the Society with information regarding activities at the Coffee Shop which in turn brought it to the attention of the Authorities.On 17 February 1726, it was raided and Margaret Clap along with 40 men, were arrested.
The case against Margaret and her customers relied upon the testimony of the Bow Street Runner Samuel Stevens. He had attended Mother Clap's on a number of occasions posing as Mark Partridge's husband. He testified that: "Sometimes they sit in one another's laps, kissing in a lewd manner and using their hands indecently. Then they would get up and dance and make curtsies, and mimic the voices of women, "O Fie, Sir! Pray, Sir! Dear, Sir! Lord, how can you serve me so! I swear I'II cry out - you are a wicked devil."
Most of the men arrested were subsequently released without charge due to a lack of evidence but three were convicted of sodomy and sentenced to be hanged at Tyburn. They were Thomas Wright, a 32 year old wool comber; William Griffin, a 43 year old upholsterer; and Gabriel Lawrence, a 43 year old milkman. Their occupations are significant because many more prominent men were arrested in Molly Houses but rarely, if ever, shared the same fate.
The Molly House was one of the rare places in Georgian England where social barriers came down and it was this as much as the activity involved that was considered a threat to social cohesion.
Margaret Clap was also convicted of keeping a lewd house and facilitating sodomy and sentenced to two years imprisonment. First however she was to serve a period in the stocks where she was both verbally and physically abused. She never recovered from the experience and was to die before her sentence was served.
There was little sympathy for the fate of those caught in flagrante delicto with another of the same sex and no penalty was considered too harsh including death. It was written at the time: "Sodomites can expect no pity or compassion, for they commit a crime that is detestable to both God and Man."
Mother Clap's Molly House is only recorded as having existed for two years but this was probably just the period during which it was under surveillance.
Given its popularity and the notoriety of Margaret Clap herself the likelihood is that it had been in business for much longer.
Tagged as: Georgian, Women
Share this post: