Posted on 12th February 2021
In the General Election of 6 November 1932, the National Socialist German Workers Party, or Nazi Party, polled 33.1% of the vote actually 4.3% down on their share of the vote in previous elections held just three months earlier. It seemed that their support had peaked even if they still remained the largest single party in the Reichstag and there were some among the political elite, in particular those centred round the ex-Chancellor Franz von Papen, who thought they could use the Nazi’s apparent electoral vulnerability to their advantage. So, following intense negotiations between the respective parties and the cajoling of the ageing and increasingly senile President Paul von Hindenburg on 30 January 1933, Adolf Hitler was sworn in as Chancellor of Germany, not with the popular mandate of the people but as a result of secret deals done in smoke filled rooms.
Little did those who thought they had concocted a neat little coup and placed a man in charge they could easily manipulate realise that this would be no mere change of Government.
Earlier in Mein Kampf, Adolf Hitler had written:
“What we must fight for is to safeguard the existence and reproduction of our race and people, the sustenance of our children and the purity of our blood, the freedom and independence of the Fatherland, so that our people mature for the fulfilment of that allocated by the creation of the Universe.”
In the preceding decades a theory of genetic and social engineering had developed that was making headway within the scientific community. Spurious in its origins Social Darwinism was a combination of eugenics coupled with a perhaps deliberate misreading of the concept of the survival of the fittest; and how to adapt these to tackle the social problems caused by those who were incapable and a burden upon others, anti-social in their behaviour, or too retarded to be assimilated into civilised society. 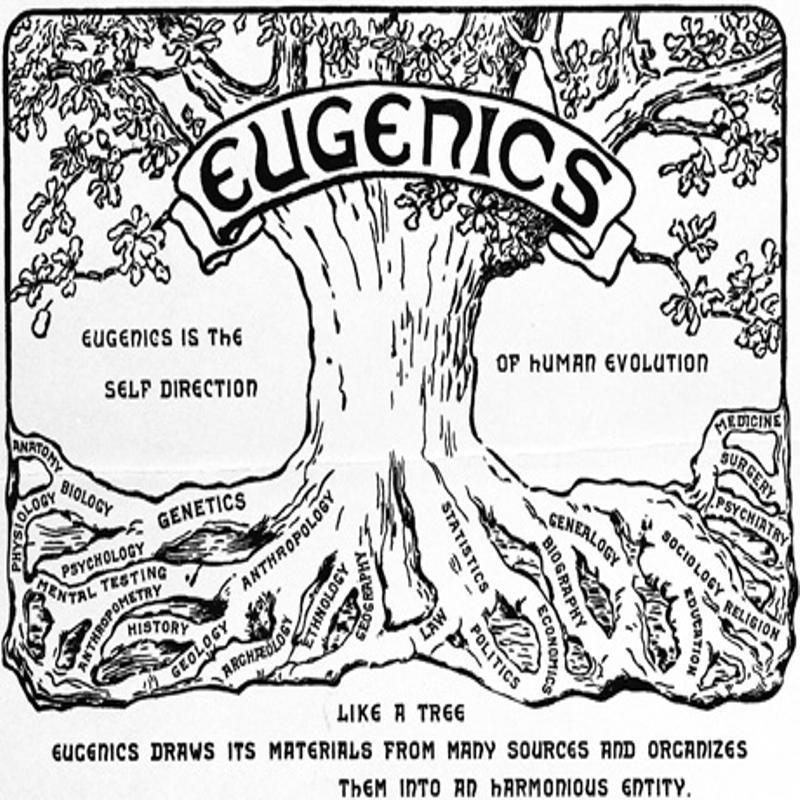 It had first been propounded by the anthropologist and distant cousin of Charles Darwin, Francis Galton who believed that it was possible to breed perfection and therefore eliminate imperfection. It was a theory that provided some legitimacy to Nazi plans to create a pure Aryan German Race.
Racial Hygiene, or the purification of the gene pool, was the philosophy that underpinned National Socialism and it was one that was to be enthusiastically endorsed by the medical profession and within a few years of Hitler coming to power would be fully codified into law.
It was institutionalised racism of the crudest kind but then according to the Deputy Fuhrer Rudolf Hess, Nazism was no more than applied biology and for those who fell within its scope it was to have dire consequences.
To breed the Herrenvolk, or Master Race, and create the Volksgemeinschaft, or National Community, the Nazi’s adopted a policy of Gleichschaltung or Standardisation.
The Nazi’s intended to control all aspects of life, they would decide what people did, how they thought, and they would determine their genetic makeup. Those who did not fit in or refused to comply had to be removed as Untermensch, or sub-humans including the physically and mentally handicapped, Jews, Gypsies, homosexuals, political dissidents, habitual criminals, and people of colour. In July 1933, the Law for the Prevention of Hereditarily Diseased Offspring piloted by Dr Ernst Rudin, was passed in the Reichstag. It established Genetic Health Courts that decided upon the sterilisation of anyone considered to have a congenital mental disorder.
Among those liable to sterilisation were white German women who’d had children by black Senegalese soldiers of the French Army who had formed part of the force sent to occupy the Rhineland following the end of the First World War. Likewise, children of mixed race were also to be sterilised as were the deaf, the blind, and those suffering from diseases such as epilepsy and multiple sclerosis.
In July 1934, the Law for the Simplification of the Health System was passed allowing Doctors to evaluate their patients to see if they should be considered for sterilisation and questionnaires were created to make the referral system as efficient as possible. These would then be sent to a central office for sorting before a Generic Health Court would make the final decision and there were to be more than 200 such Courts the length and breadth of Germany – the process of sterilisation however was in truth the first step towards extermination.
Ever since coming to power the Nazi’s had promoted on posters and in newsreels the benefits to society of their sterilisation programme, and of euthanasia for those beyond help emphasising the cost to the nation of these “useless eaters.”
In the early summer of 1939, the parents of a severely deformed child wrote personally to Hitler asking if they could have him put to death. Hitler who had often spoken of his desire to remove all degenerative elements from German society liked the idea and this letter appeared to confirm him in the view that the German people thought the same. If so, then why should it not be policy? In September, he wrote: “Reich Leader Bouhler and Dr Karl Brandt are charged with the responsibility for expanding the authority of physicians, to be designated by name, to the end that patients incurable to the best human judgement of their state of health can be granted a mercy death.”
In response to the letter Bouhler and Brandt established the Charitable Foundation for Cure and Institutional Care. It was to be run by Dr Brandt who was delighted to be given the opportunity to impress his Fuhrer, and Hitler’s short memo soon became known as his Euthanasia Decree. 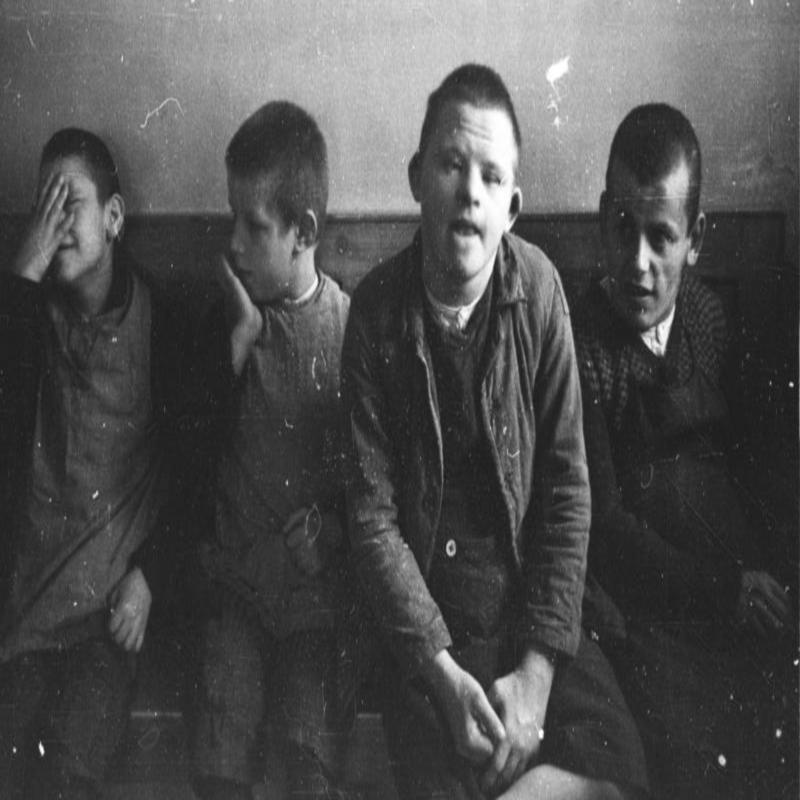 In October 1939, the T4 Euthanasia Programme, so named from the address of its Headquarters at Tiergartenstrasse 4, Berlin, began operations from a clinic in the town of Hadamar. The parents of children who were deemed by their doctors to be congenitally deformed either physically or mentally would be pressurised into agreeing to send them to the Hadamar Clinic where they could be properly looked after by trained medical staff. They could even visit their children and see the high standards of care for themselves.
This was a deception, and once within the confines of the clinic the children would be examined and if deemed unworthy of life would have a cross marked against their name marking them out for extermination, and often within minutes of the parent’s departure their child would be dead, killed by lethal injection.
They would later receive a letter of condolence stating that their child had succumbed to pneumonia, measles, or some other related illness and that the body could not be returned as it had been burned in haste to avoid the spread of infection. With the letter would be an urn supposedly containing their loved ones ashes though they were usually just ashes collected at random from the cremation site.
The T4 Euthanasia Programme was viewed to be a great success, so much so that it was expanded to include adults with disabilities as well and all hospitals, clinics, care homes, and sanatoriums were now obliged to provide details of residents who had been diagnosed to suffer from schizophrenia, epilepsy, senile dementia, were physically deformed, not of the Aryan race, or were considered to be criminally insane. The patients would then be removed to be examined by a panel of medical experts who would mark them either A for life or A+ for death - the creation of the Herrenvolk was underway.
The sterilisation and then euthanasia programme was proving a useful adjunct to the Law for the Protection of German Blood and Honour passed at Nuremburg in September 1935, that banned sexual intercourse and marriage between German citizens and those of Jewish blood. 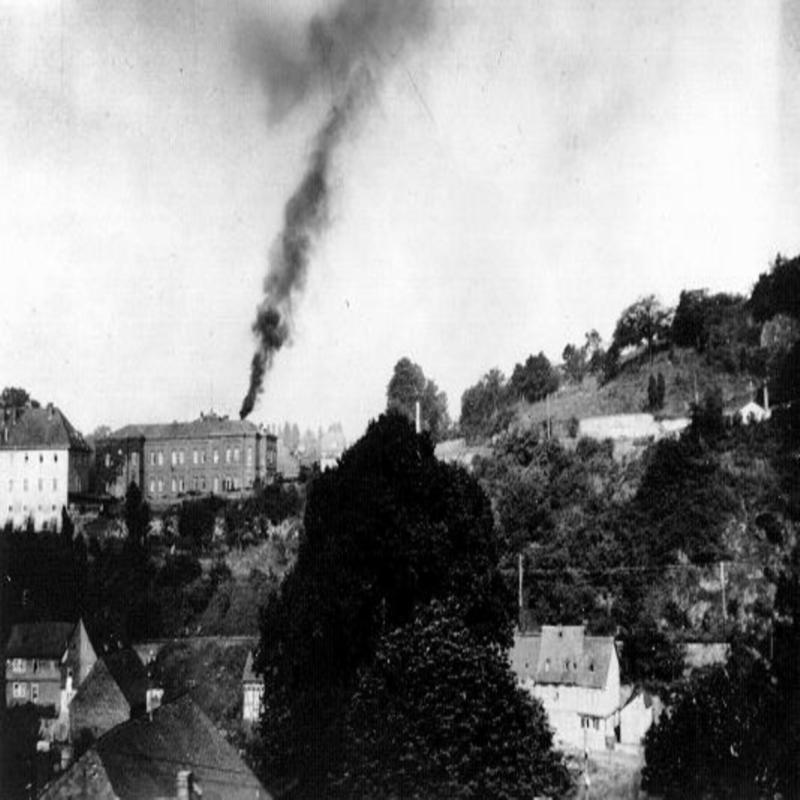 Officially the T4 Euthanasia Programme did not exist but it was hardly a secret and certainly those at Hadamar were under no illusions with the stench of the smoke billowing out of the chimneys provoking the threat to naughty children to behave or they will be sent to the clinic and the ovens.
When the number of victims at the clinic reached 10,000 a party was held which all the staff were obliged to attend and beer, wine and cake was served as a mock funeral oration was given over the body of the deceased child as it was moved slowly into the oven. Despite such bizarre pantomime events and the cynical morbidity of the humour that accompanied them the people at Hadamar took their work very seriously.
As the number murdered increased it became impossible to keep the truth of the Euthanasia Programme a secret and people knew that those who were sent to the Hadamar Clinic and similar sites elsewhere never returned and the receipt of a letter claiming that a child had died of pneumonia became something of a sick joke with sometimes four or five families in a single street receiving one and rumours began to spread that the German State was wilfully killing its own people. In response the Nazi’s stepped up the propaganda expressing the cost to every individual of sustaining these people and referring to euthanasia as mercy killing but the campaign failed in its objective and parents started to demand the truth of what had happened to their children, in some towns protesters even took to the street, and the Reich Chancellery was inundated with letters expressing concern.
Prominent clergymen also openly expressed their opposition to the T4 Euthanasia Programme and at the forefront of the protests with their emphasis on the sanctity of human life was the Catholic Church. 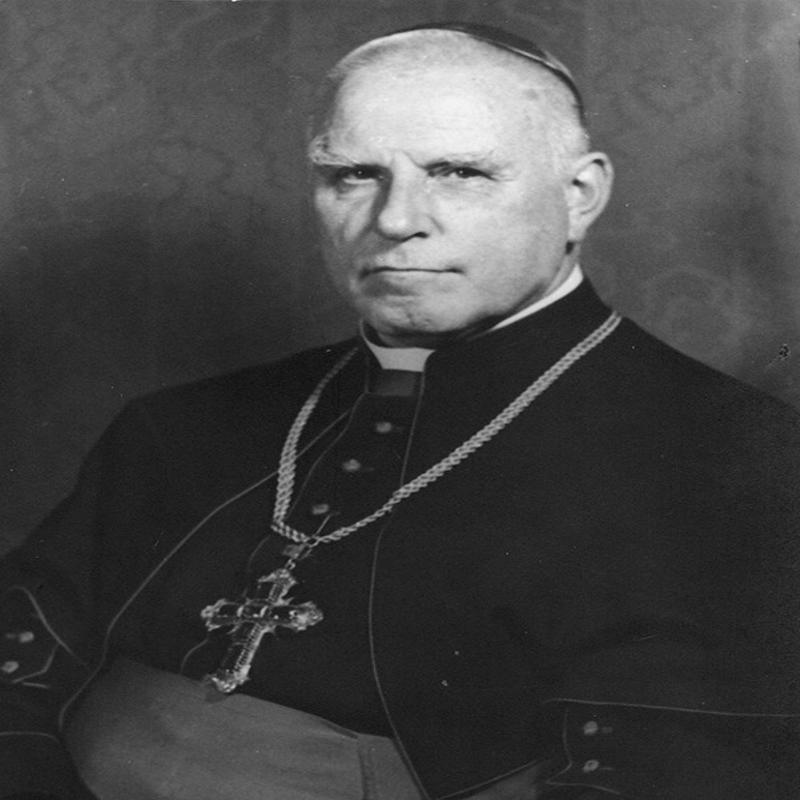 On 3 August 1941, Clemens von Galen, the Bishop of Westphalia who had long been a thorn in the side of the Nazi’s, read out a sermon in Munster Cathedral condemning the T4 Programme which he then sent in the form of a telegram to Hitler demanding that the Fuhrer protect the German people.
Though by no means a radical the deeply conservative von Galen stressed time and again the sanctity of life and the primacy of God over the State in all things, so much so that many outraged Nazi’s wanted him tried for treason but this was considered to be too divisive at a time of war. Instead, the press and other media outlets were ordered not to publish, broadcast or discuss the contents of the sermon but even so it was widely circulated particularly in the predominantly Catholic regions of Germany.
Earlier in July 1941, the Catholic Church had ordered that a pastoral letter be read out in all its Churches condemning the T4 Euthanasia Programme and reiterating that only God could decide upon the value of a human life and the fate of man.
In August 1941, on a visit to the town of Hof, Hitler was shocked to find himself jostled and jeered by the crowd. Later that month on 24 August he ordered the cancellation of the T4 Euthanasia Programme. It was the one and only time that pressure from within Germany itself forced the Nazis to change direction. It does make one wonder what a more concerted, coordinated and sustained campaign of opposition might have achieved.
Even so, in the two years of its existence 70,000 children and more than 200,000 adults had been exterminated; and it would be revived later and expanded to include Russian prisoners-of-war and German soldiers who had returned from the front severely disabled.
The T4 Euthanasia Programme had planted the seed of extermination and mechanised slaughter as a means to an end. It was to be the precursor of the Holocaust and of all the horrors to come.
Tagged as: Modern
Share this post: