Posted on 23rd August 2021
Sergei Gennadiyevich Nechaev had no desire to live in harmony with his fellow man, he did not want to build a new world but rather to tear down the old one, and he believed in destruction for its own sake – he was a Nihilist.
Born in Ivanovo, a small textile town in Western Russia on 2 October 1847, an only child pampered, excitable and prone to temper tantrums he was radicalised at an early age from witnessing his father struggle to make ends meet as a waiter and sign painter in particular the humiliations he endured at the hands of the local gentry which caused great resentment in a young man devoted to books and ideas. He failed to see why his father and family should be considered inferior and refused to accept inequality on the basis of wealth and accident of birth. 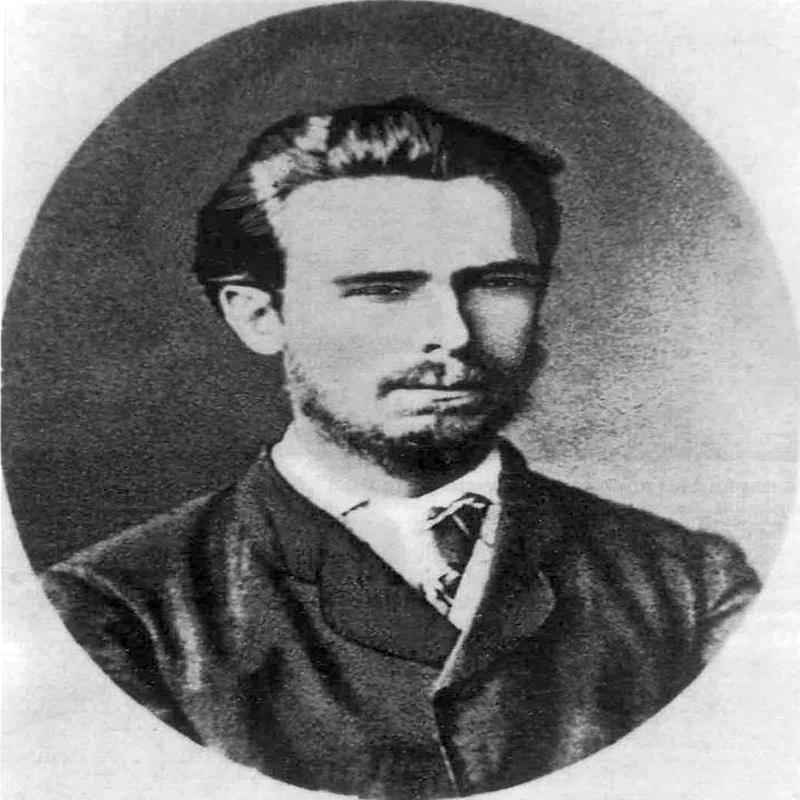 But there was little opportunity or freedom in Ivanovo for someone increasingly obsessed with the idea of revolution so in 1865, aged 18, he moved to Moscow where the Marxist intellectualVera Zasulich recalled meeting him: “I could see that he was very serious, that his was no idle chatter about revolution. He could act, and he would act.”
But he found Moscow to be a deeply conservative city unresponsive to the skewed radicalism of an autodidact from the provinces. He soon departed for the capital St Petersburg supposedly to train as a teacher but always more interested in student politics and promoting unrest his studies were just a distraction.
In 1869, he published a programme for revolutionary activity that came to the attention of the Authorities and a warrant was issued for his arrest. Not waiting for the inevitable knock on the door he faked his own death and fled to Switzerland.
Arriving in Geneva he portrayed himself as the leader of a dedicated band of Russian revolutionaries though he was at the time no such thing. It did however, open doors to the exiled revolutionary community. 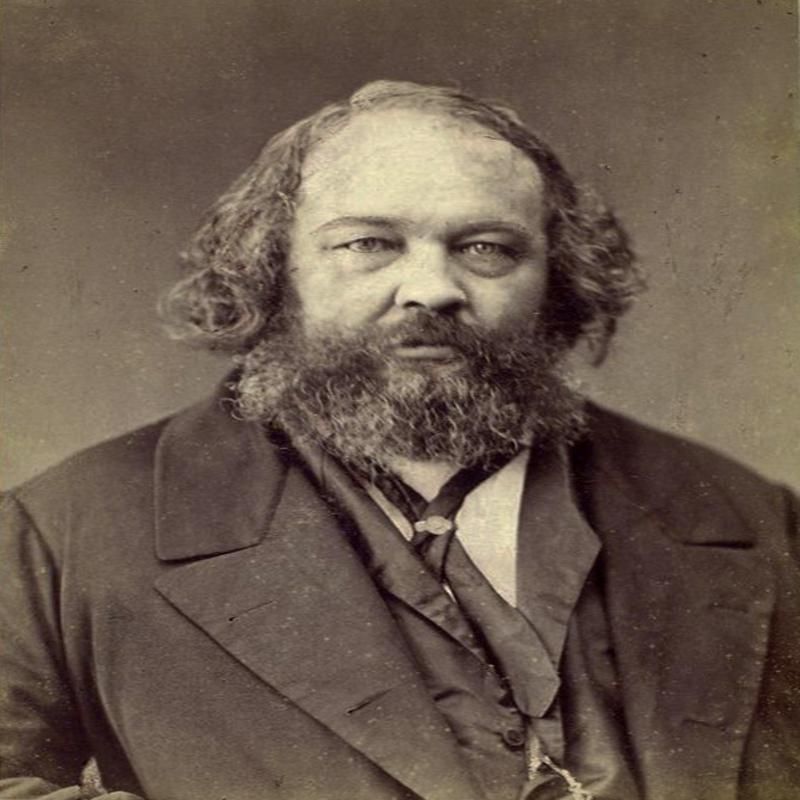 He became particularly close to the leading anarchist and fellow Russian Mikhail Bakunin and a passionate relationship soon developed that was more than just friendship but as Bakunin was soon to discover his young muse was not all that he seemed.
In the spring of 1869, Nechaev published his ‘Catechism of a Revolutionary,’ a 26 point document brutal, austere and unflinching in its objectives which was to influence generations of revolutionaries to come in particular Vladimir Lenin and Josef Stalin.
It called for the utter destruction of the State and all its institutions including the Church and the elimination of religion from the human psyche and of the necessity that it be done by violent means. There could be no consensus, no reform and no pity. What already existed had to be utterly destroyed before anything new could be built. If this resulted in the death of millions then so be it. Indeed, it was Nechaev and not as is so often thought Lenin who first coined the phrase – the end justifies the means.
To this and this alone must the revolutionary dedicate his life there can be no existence outside of its accomplishment:
The revolutionary is a doomed man - he has no private interests, no affairs, sentiments, ties, property oreven a name of his own. His entire being is devoured by one purpose, one thought and one passion - the revolution. Heart and soul, not merely of word but of deed, he has severed every link with the social order and with the entire civilized world; with the laws, good manners, conventions, and morality of that world. He is its merciless enemy and continues to inhabit it with only one purpose - to destroy it.
A revolutionary "must infiltrate all social formations including the police. He must exploit rich and influential people, subordinating them to himself. He must aggravate the miseries of the common people, so as to exhaust their patience and incite them to rebel. And, finally, he must ally himself with the savage word of the violent criminal, the only true revolutionary in Russia.”
The Catechism became the effective blueprint for Lenin’s later formation of the Bolshevik Party but it was too much for Bakunin, too negative and devoid of hope. The barren landscape it created sat uncomfortably with the anarchist dream of a better future and to be associated with it was damaging to his reputation.
With the assistance of Bakunin who provided him with the false documentation required and the money designed to keep him there, Nechaev was persuaded to return to Russia. But he remained the character of his own creation and could not be distracted from his course no matter how much money he received.
He appointed himself the Russian Representative of the World Revolutionary Movement, another figment of his imagination, but he did establish the Narodnya Resprava or Peoples Reprisal.
Distant now from his friend Nechaev began to write of Bakunin at great length and the portrait he drew was not a flattering one. The hero of the Anarchist Movement, he said, was soft and indolent, a coward without conviction, and no revolutionary at all.
In isolation and with no friends, just followers he became increasing paranoid and erratic in his behaviour. When Ivan Ivanova, a young member of the fledgling Narodnya Resprava dared to criticise him Nechaev went beserk beating him severely and stabbing him repeatedly before taking his gun and shooting him through the head. He then disposed of the body in the River Neva after cutting a hole in the ice.
Now a wanted man not just for his politics but for the capital offence of murder he was once again forced to flee Russia.
Returning to Geneva Nechaev and Bakunin were reconciled with the latter going to great lengths to defend his ‘Tiger Cub’ from his critics but Nechaev had no greater enemy than himself.
Believing that Bakunin’s colleagues were out to destroy him he began to steal and copy the anarchist leader’s private papers with the intention of blackmailing others into protecting him. Bakunin against his inclinations had no choice but to warn others of his behaviour and not to reveal to him any of their activities.
When Nechaev threatened to kill a publisher who was demanding that Bakunin fulfil a contract he had already been paid for his act of intimidation was reported to the police and he was forced to go into hiding. Haunted by the thought of betrayal he rarely ventured out by day and moved from house to house at night but his capture was only a matter of time.
On 14 August 1872, he was arrested in Zurich and handed over to the Okhrana, or Russian Secret Police.
Returned to Russia on 8 January 1873, he was tried and found guilty of murder and though he was spared the death penalty (which had been temporarily suspended by Tsar Alexander II under his reform programme) was sentenced to twenty years hard labour in Siberia.
The Tsar fearful of this new kind of dedicated revolutionary would receive regular updates of how he spent his time under lock and key and personally intervened to ensure that he was imprisoned in the notorious Peter and Paul Fortress in St Petersburg.
Nechaev, who was permitted few visitors was able to bribe his guards into passing on his correspondence with fellow revolutionaries. He hoped to facilitate his liberation but despite repeated assurances that an escape plan was being hatched there were too many people glad to see him out of the way and no such attempt was ever made.
Yet despite the pain of rejection and the frequent beatings and threats of execution designed to break his spirit he never betrayed his revolutionary colleagues.
On 3 December 1882, he was discovered dead in his cell.
Tagged as: Modern
Share this post: