Posted on 6th February 2021
She was the woman behind the most powerful man in the world; she cosseted him, protected him from harm and she shaped him. When he doubted she would reassure him, when he wavered she would steady him – he was Alexander the Great she was Olympias, his mother.
Born around 375 BC in the region of Epirus in modern day Albania the orphaned daughter of King Neoptolemus I of the Molossian Tribe she had originally been named Polyxena, but then she was to have many names. Described by the historian Plutarch as being fair-skinned with long auburn hair and dark penetrating eyes she was aloof, unforgiving, vindictive, and insanely jealous. But then believing herself the direct descendant of Achilles she could have no peer. In 357 BC she married King Philip II of Macedonia – it was not a happy marriage. 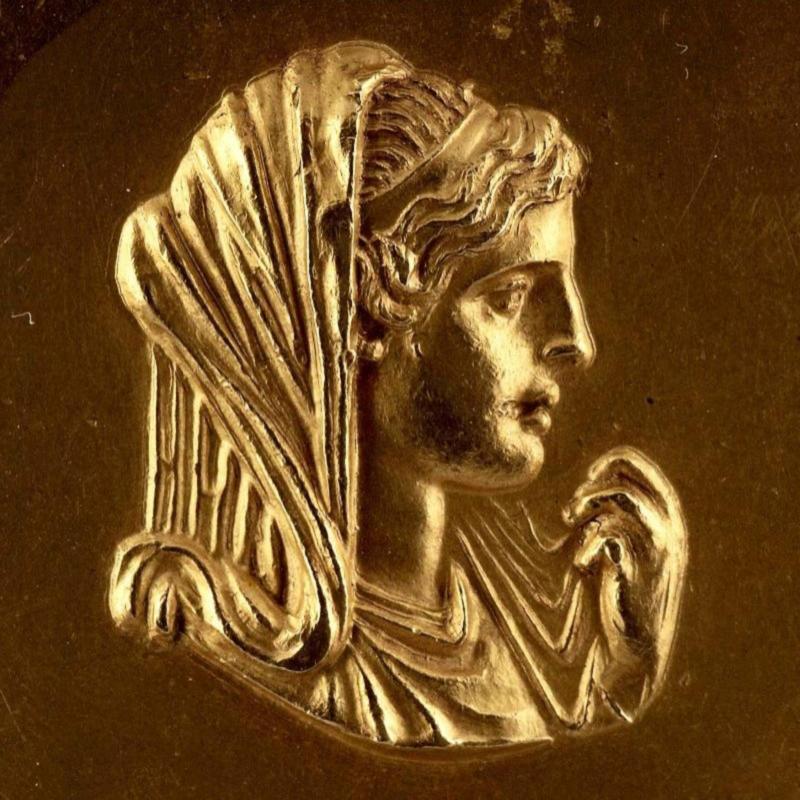 She was the woman behind the most powerful man in the world; she cosseted him, protected him from harm and she shaped him. When he doubted she would reassure him, when he wavered she would steady him – he was Alexander the Great she was Olympias, his mother.
Born around 375 BC in the region of Epirus in modern day Albania the orphaned daughter of King Neoptolemus I of the Molossian Tribe she had originally been named Polyxena, but then she was to have many names. Described by the historian Plutarch as being fair-skinned with long auburn hair and dark penetrating eyes she was aloof, unforgiving, vindictive, and insanely jealous. But then believing herself the direct descendant of Achilles she could have no peer. In 357 BC she married King Philip II of Macedonia – it was not a happy marriage.
Wilful and headstrong Olympias demanded respect but Philip’s attitude towards women ensured she would receive none. He demanded obedience from his women and expected to marry as many of them as he wished. Olympias denied him his polygamy, she was his Queen and no one else and they rowed often and violently. She would ridicule him for being as helpless as a child when drunk needing to be carried from a banquet and put to bed by his slaves and she denied him the pleasure of her body. If Philip could not get what he wanted from his ‘Queen’ then would go to another, a commoner, and by doing so humiliate her in the process.
Olympias hated her husband so much that on the night that Alexander was conceived she denied he was the son of Philip but rather that a thunderbolt that had fallen upon her womb and kindled a great fire. Alexander, she said, was born of the God Zeus.
Believed to be a member of the orgiastic snake worshipping cult of Dionysus, Olympias courted no friends preferring the company of reptiles and people kept their distance and stayed away fearful of both of her and those she kept close..
She wanted only Alexander in her life and their relationship can best be described as obsessive, some have argued unnaturally so and fired by her hatred of Philip she was determined to turn her son against him – Zeus was his father, she told him, not Philip, and that the God whose seed he was had visited her in her bed in the guise of a snake and made him immortal. Philip mocked such pretensions and in 337 BC married a Greek noblewoman named Eurydice by whom he had a child without divine intervention. Humiliated and subjected to ridicule, Olympias left the Macedonian Court at Pella to live with her brother.
She knew that this ‘bastard’ child posed a threat to Alexander having repeatedly told Philip that he was not his son but in doing so she had made a rod for her own back for if Philip believed her then Alexander would not succeed to the throne. A few weeks after the birth of his child Philip was assassinated with the likelihood that Olympias had been behind the plot. Eurydice and her baby were likewise murdered. Perceived to be the legitimate son of Philip regardless of Olympias’s arguments to the contrary, at the age of just 17, Alexander became King of Macedonia and the recently conquered Greece. 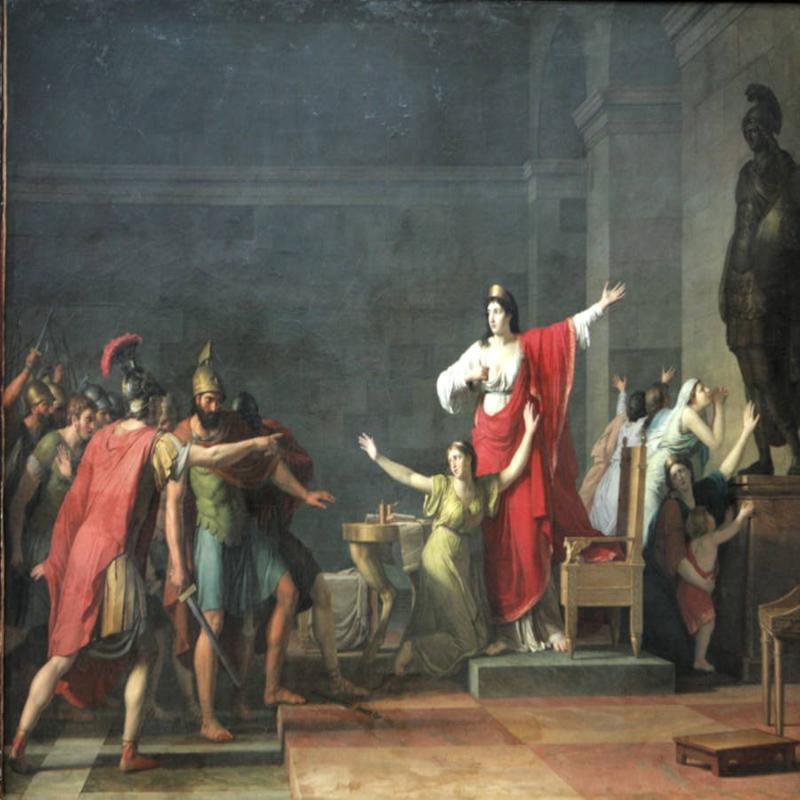 Olympias had secured the throne for her son as she had always said she would but she was also determined to secure it for future generations and establish a dynasty. The opposition had been easily overcome but Alexander’s homosexuality would prove more problematic. He was already very much in love with his boyhood friend Hephaeston with whom he shared an active and barely disguised sexual relationship. As a result, Olympias constantly hectored him to marry procuring for him an endless stream of women in the hope of weaning him off his aberration.
Alexander also recognised the need for him to marry and sire an heir but he would do so according to his own will and now as King he had no further need for his mother as protector and mentor. She may have secured him the throne but he now displayed his gratitude by shunning her.
As he proceeded to conquer much of the known world he refused to take her on his campaigns and ignored her constant pleas to be allowed to travel to his capital at Babylon. He even appointed a Governor to rule over her in Macedonia. Despite this she lived and behaved in Pella as if she was a Goddess and remained untouchable as mother to the greatest man in the world. But she would never see her son again.
In 323 BC, Alexander died in Babylon, aged just 32. He had not proved immortal after all but in his short life he had conquered far and wide from Egypt to Persia, from Afghanistan to India and beyond. He had also married much to the disgust of his inner-circle, a barbarian woman named Roxana who in the weeks following his death gave birth to a son she named after him.
Hated and despised though she was no one would lift a finger against Olympias while Alexander lived, now he was gone she was shorn of his protection but even so she would not hide nor would she flee. Indeed, she became more imperious than ever.
Alexander was succeeded as King of Macedonia by his half-brother Philip III but he was both physically and mentally handicapped, the result of a previous attempt by Olympias to poison him. Now she tried to control him as she had Alexander but he was to prove utterly incapable of ruling so she took advantage of his incapacity to try and win the throne for her grandson; but she was playing a dangerous game of bluff and counter-bluff as Alexander’s old comrades squabbled over his legacy.
For a long time she refused to throw her weight behind one side or the other but she could not remain on the sidelines forever and eventually married her daughter Cleopatra to Perdiccas greatly angering his rival for power, Cassander. But when the two old General’s met in battle it was Perdiccas who emerged victorious.
Olympias, it seemed had played a clever game but her success was to be short-lived for within the year Perdiccas died. Confronted by a vengeful Cassander, Olympias now had no choice but to flee or ally with yet another of Alexander’s old Generals, Polyperchon. She chose the latter and again it seemed a wise choice for Polyperchon captured Cassander’s nominal ally, the infantile Philip III.
Polyperchon was inclined to be lenient toward the disabled King but Olympias insisted that he be executed. She then sought out and murdered as many of Cassander’s known supporters as could be found but before their work was complete she learned that Polyperchon had been defeated and killed in battle. She now fled Pella and sought sanctuary in the city of Pydna.
Although she was permitted to remain in Pydna most wisely kept their distance for though her majesty remained intact it was a hollow crown with no subjects to rule over; no one any longer trembled at her threats or rushed to do her bidding and it was only a matter of time before Cassander came for her; and he did ringing the city with troops but rather than force the issue he requested that Olympias surrender herself to his charge. He even offered her terms promising protection for her family and that he would do her no harm. With no prospect of flight or rescue, Olympias had little choice but to throw herself upon the mercy of her son’s former ally and close friend. Cassander was to be as good as his word and no harm would come to her by his hand or even at his behest. Instead he handed her over to the relatives of those she’d had killed.
Forced to stand naked before her enemies Olympias was accused of witchcraft and no end of demonic acts against which she put up little defence. Found guilty, she was beaten and humiliated before being dragged to a place of execution where she was brutally hacked to death. Upon learning of Olympias’s death Cassander ordered that Roxana and the baby Alexander be likewise killed.
There would be no dynasty after all.
Tagged as: Ancient & Medieval, Women
Share this post: