Origins of Hallowe'en: A Pagan Festival

Posted on 16th July 2021
The Festival of Halloween or All Hallows Eve is now a time for fun and dressing up but this wasn’t always so and in its origins it was borne out of a genuine fear of the dark and the unknown in which the demons that emerged were not imagined but real.
In recent years some scholars have suggested that Hallowe’en can be traced back to the Roman Feast of Pomona, the Goddess of Fruit and Seed or to the Parentalia in Memory of Lost Souls but it seems more likely that Hallowe'en has its roots in the Samhain, the Celtic Festival of the Dead and the Calan Gaeaf, the Celebration of the Dark Night.
The Festival of Samhain was held to mark the end of the lighter half of the year and the beginning of the darker. When the darkness descended the world became a more dangerous place. It was cold, people became ill, the ground was too hard to sow and food became scarce. Danger lurked around every corner and winter was a time of trepidation and dread.
During Samhain it was believed that the air became thinner and that the miasma, or fog, that separated the world of the living from that of the dead dissipated and that it became possible for the spirits to move freely between the two. Families would hold ceremonies or rituals where the spirits of their long dead relatives would be invited to join them to be praised and honoured. 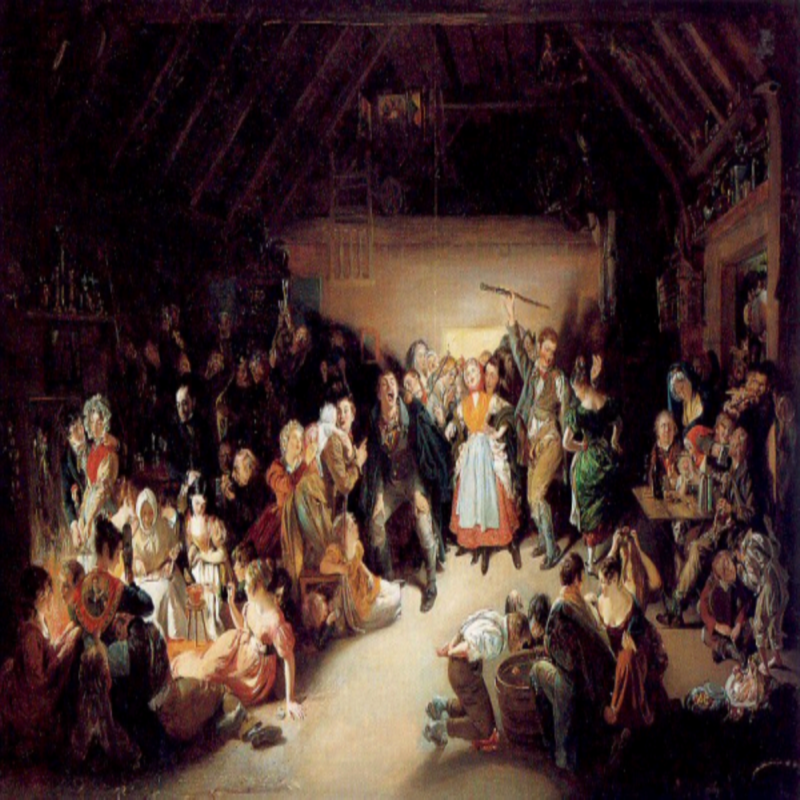 Food would be laid out for them during the visitations and toasts made to their memory. But if the good spirits could move between the world of the living and the dead so could the evil, and it was these evil spirits who were thought responsible for the many accidents and deaths that occurred at the dark time of the year. Young men would paint their faces and dress up as ghosts and ghouls in an attempt to ward off and frighten away these evil spirits.
In the evening of the last day of what we know now as October a festival was held. The people of the village would gather and two large bonfires were lit a little way apart. The need to store food for the winter months meant that much of the livestock would have to be slaughtered. The people and their animals would be led between the two fires by priests after which the animals would have their throats slit and the butchers would warm their hands in the blood. The flesh would then be torn from the carcases and preserved before the bones were cast into the fire as part of the purification ceremony.
Once this ritual had been completed wild dancing would spontaneously break out and a celebration would begin that only ended with exhaustion or the coming of daylight. Prayers would then be held for the good fortune of the village and the well-being of each individual during this most fearful of times and to survive another winter like the harvest itself was to be reborn. And all without a witch being present or a mass being held.
Such are the origins of our festival of fun.
Tagged as: Fact File
Share this post: