Posted on 22nd March 2021
Considered by many to be the first great recorded speech in human history it is less a lament for the dead than it is a glorification of Athens, of its democracy, and of its warrior spirit.
It appears in the Second Book of Thucydides, History of the Peloponnesian War and as he freely admits it is not a verbatim account but a summation of its critical points intended to provide a sense of its meaning and not merely a detailed re-telling.
The Peloponnesian War (430 – 401 BC) between Athens and Sparta would end in abject defeat for the former, the end of Athenian democracy and the Spartan imposed rule of the Thirty Tyrants. The Golden Age of Athens had passed and though democracy would be restored it would be extinguished once and far all by Philip II of Macedon in 322 BC.
But none of this would have occurred to Pericles under whose leadership Athens had become a trading Empire of boundless ambition and advanced political thinking when he gave his oration just a year into the war.
It was customary for Athens to honour its war dead in a ceremony where the better preserved corpses of the slain would be lain out to receive offerings for the repose of their souls before a procession to the burial ground at Karameikas where a leading Athenian politician would address the mourners.
A war with obscurantist Sparta the eternal enemy of freedom and thought posed a serious threat to all that Athens stood for so Pericles, the ‘First Citizen,’ would deliver the oration himself leaving no opportunity to emphasise what the Athenians were fighting for contrasting light with darkness and hope with fear. But Pericles would not live to see the outcome of good against evil nor the demise of that he cherished. He died in 429 BC, a hero to the Athenians and the ages yet to come: 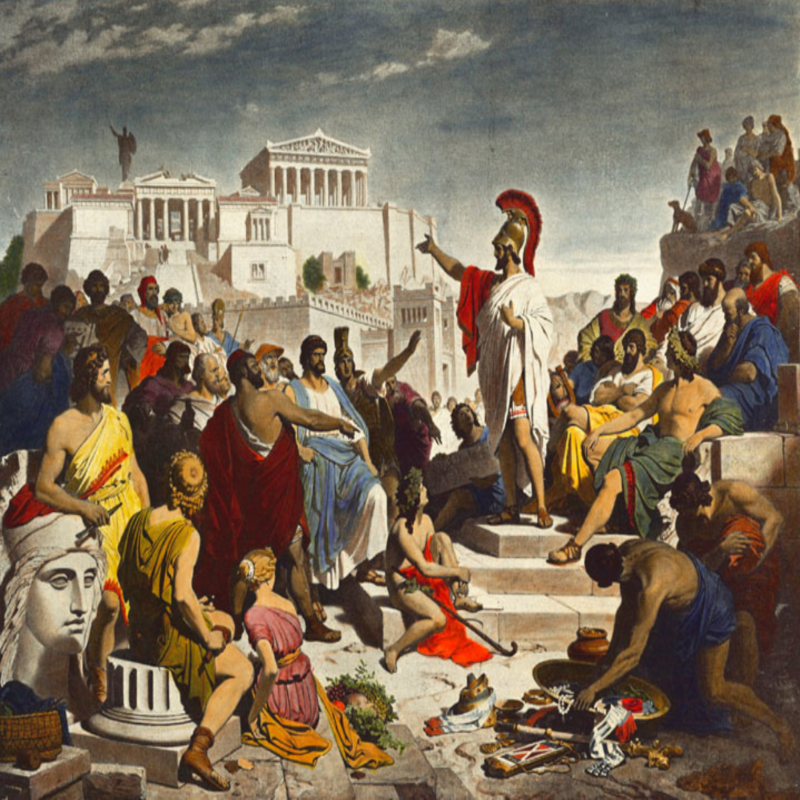