Posted on 4th February 2021
By the winter of 1601, the Golden Years of Queen Elizabeth’s reign had long passed; the harvest had once again failed, overseas trade was in decline, unemployment was rife, poverty stalked the land and the Armada was but a distant memory. Parliament was angry and wished to call the Monarch to account for her misuse of monopolies and the corruption of her Court. They demanded she appear before them and address their grievances but regardless of their ire not for the first time would they be cowed by her presence, awed by her majesty and seduced by her words for she knew their hearts better than they knew it themselves.
But it would alas be the final time for the Virgin Queen who passed away just 15 months later on 24 March 1603, aged 68, after 45 years on the throne. 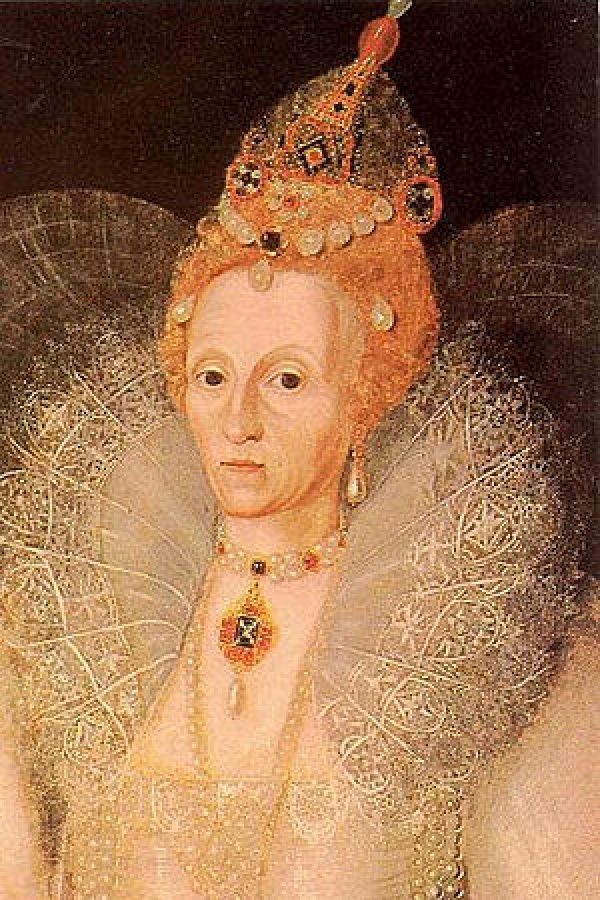 Her Majesties most Princely answer, delivered by herself at the Court of Whitehall, on the last day of November 1601: When the Speaker of the Lower House of Parliament (assisted with the greatest part of the Knights, and Burgesses) had presented their humble thanks for her free and gracious favour, in preventing and reforming of sundry grievances, by abuse of many Grants, commonly called Monopolies. The same being taken verbatim in writing by Anthony Blagrave as near as he could possibly set it down:
Mr Speaker, we perceive by you, whom we did constitute the mouth of our Lower House, how with even consent they are fallen into the due consideration of the precious gift of thankfulness, most usually least esteemed, where it is best deserved. And therefore we charge you tell them how acceptable such sacrifice is worthily received of a loving King, who doubts much whether the given thanks can be of more poise [weight] than the owed is to them: and suppose that they have done more for us, than they themselves believe. And this is our reason: Who keeps their Sovereign from the lapse of error, in which, by ignorance, and not by intent, they might have fallen; what thanks they deserve, we know, though you may guess. And as nothing is more dear, to us than the loving conservation of our subjects hearts, what an undeserved doubt might we have incurred, if the abusers of our liberality, the enslavers of our people, the wringers of the poor, had not been told us! Which, ere our heart or hand should agree unto, we wish we had neither: and do thank you the more, supposing that such grief’s touch not some amongst you in particular. We trust there resides, in their conceits of us, no such simple cares of their good, whom we so dearly prize, that our hand should pass ought that might injure any, though they doubt not it is lawful for our kingly state to grant gifts of sundry sorts of whom we make election, either for service done, or merit to be deserved, as being for a King to make choice on whom to bestow benefits, more to one than another. You must not beguile yourselves, nor wrong us, to think that the glossing lustre of a glittering glory of a Kings title may so extol us, that we think all is lawful what we list, not caring what we do: Lord, how far should you be off from our conceits! For our part we vow unto you, that we suppose Physicians aromatic favours, which in the top of their potion they deceive the Patient with, or gilded drugs that they cover their bitter sweet with, are not more beguilers of senses, then the vaunting boast of a kingly name may deceive the ignorant of such an office. I grant, that such a Prince as cares but for dignity, nor passes not how the rains be guided, so he rule, to such a one it may seem an easier business. But you are cumbered with no such Prince, but such a one, as looks how to give account afore another Tribunal seat than this world affords, and that hopes, that if we discharge with conscience what he bids, will not lay to our charge the fault that our substitutes (not being our crime) fall in. We think our selves most fortunately borne under such a star, as we have been enabled by Gods power to have saved you under our reign, from foreign foes, from Tyrants rule, and from your own ruin; and do confess, that we pass not so much to be a Queen, as to be a Queen of such Subjects, for whom (God is witness, without boast or vaunt) we would willingly lose our life, ere see such to perish. I bless God, he hath given me never this fault of fear; for he knows best, whether ever fear possessed me, for all my dangers: I know it is his gift; and not to hide his glory, I say it. For were it not for conscience, and for your sake, I would willingly yield another my place, so great is my pride in reigning, as she that wishes no longer to be, then best and most would have me so. You know our presence cannot assist each action, but must distribute in sundry sorts to diverse kinds our commands. If they (as the greatest number be commonly the worst) should (as I doubt not but some do) abuse their charge, annoy whom they should help, and dishonour their king, whom they should serve: yet we verily believe, that you will (in your best judgement) discharge us from such guilt. Thus we commend us to your constant faith and yourselves to your best fortunes.
Tagged as: Fact File, Monarchy, Tudor & Stuart
Share this post: