Posted on 4th June 2021
Although he had been in hospital at the time recovering from wounds sustained in Normandy during the Allied invasion Field Marshal Erwin Rommel had been implicated in the July Plot to assassinate the Fuhrer. Even so, as a hero of the Third Reich while the other conspirators were already dead or on trial for treason he had been left unmolested but this was about to change.
On October 14, 1944, the ‘Desert Fox’ received a visit at his home in Herrlingen from two Nazi Generals who politely but curtly informed him that he is to commit suicide on the direct order of the Fuhrer. If he did not do so then he would be arrested, charged with treason and face a public trial which once his guilt was confirmed would be extended to his family. 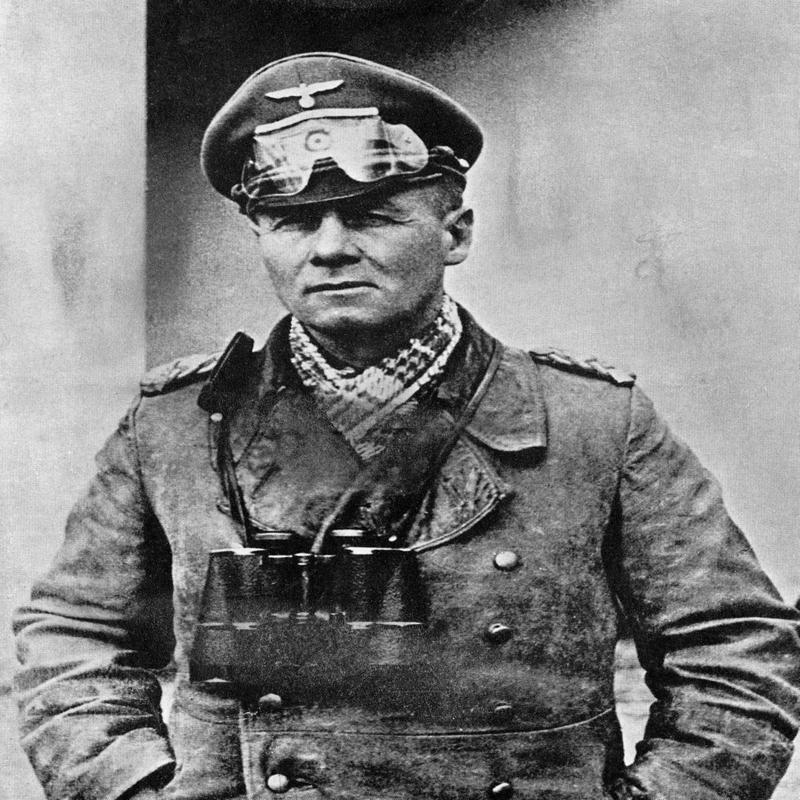 At about twelve o’clock a dark-green car with a Berlin number plate stopped in front of our garden gate. The only men in the house apart from my father, were his aide Captain Aldinger a badly wounded war veteran, and myself.
Two generals, Burgdorf, a powerful florid man, and Maisel, small and slender, alighted from the car and entered the house. They were respectful and courteous and asked my father’s permission to speak to him alone. Aldinger and I left the room.
“So they are not going to arrest him,” I thought with relief, as I went upstairs to find myself a book.
A few minutes later I heard my father come upstairs and go into my mother’s room. Anxious to know what was afoot, I got up and followed him. He was standing in the middle of the room, his face pale. “Come outside with me,” he said in a tight voice. We went into my room.
“I have just had to tell your mother that I shall be dead in a quarter of an hour. To die by the hand of one’s own people is hard but the house is surrounded and Hitler is charging me with high treason.
In view of my services in Africa I am to have the chance of dying by poison. The two generals have brought it with them. It’s fatal in three seconds. If I accept, none of the usual steps will be taken against my family. They will also leave my staff alone.”
“Do you believe it?” I interrupted. “Yes,” he replied. “I believe it. It is very much in their interest to see that the affair does not come out into the open. By the way, I have been charged to put you under a promise of the strictest silence. If a single word of this comes out, they will no longer feel themselves bound by the agreement.”
I tried again.
“Can’t we defend ourselves? He cut me off short.
“There’s no point,” he said.
“It’s better for one to die than for all of us to be killed in a shooting affray. Anyway, we’ve practically no ammunition.”
Shortly after carrying his Field Marshal’s baton and wearing the Iron Cross with Oak Leave Clusters presented to him in person by the Fuhrer he walked unaided to the car waiting outside which soon after drove away carrying its four occupants. It did not go far.
It was later announced that Field Marshal Erwin Rommel, the Desert Fox and Hero of the Third Reich had succumbed to wounds sustained in an attack upon his Staff Car in Normandy some weeks earlier.
His State Funeral, the centre-piece of which was a wreath sent by the Fuhrer was filmed for propaganda purposes. It was his final contribution to the regime he had served so loyally but had latterly come to despair of.
Tagged as: Fact File, Modern
Share this post: