Posted on 2nd May 2021
Maria Rosetta O’Neal was born in 1817 in Port Tobacco, Maryland, the youngest of four daughters to a slave-owning family. She never knew her father John O’Neal, who was murdered by one of his own slaves in the year of her birth while her mother, Eliza who struggled to run the farm and raise her four young daughters on her own would eventually, send Rose to live with her aunt in Washington who could at least provide for her an education.
Despite not wanting to leave her siblings the dark haired, olive skinned, rosy cheeked Maria prospered with her aunt and was to grow into a well-considered young woman. She was witty, eloquent, graceful, and was soon mixing in Washington High Society where with her soft Maryland brogue and passion for all things refined she was considered a quintessential Southern Belle. She was to have a great many admirers but her closest friend, and possibly more than a friend, was the Southern Senator John C Calhoun who furnished her with the history that was to confirm her in her pro-slavery sympathies. 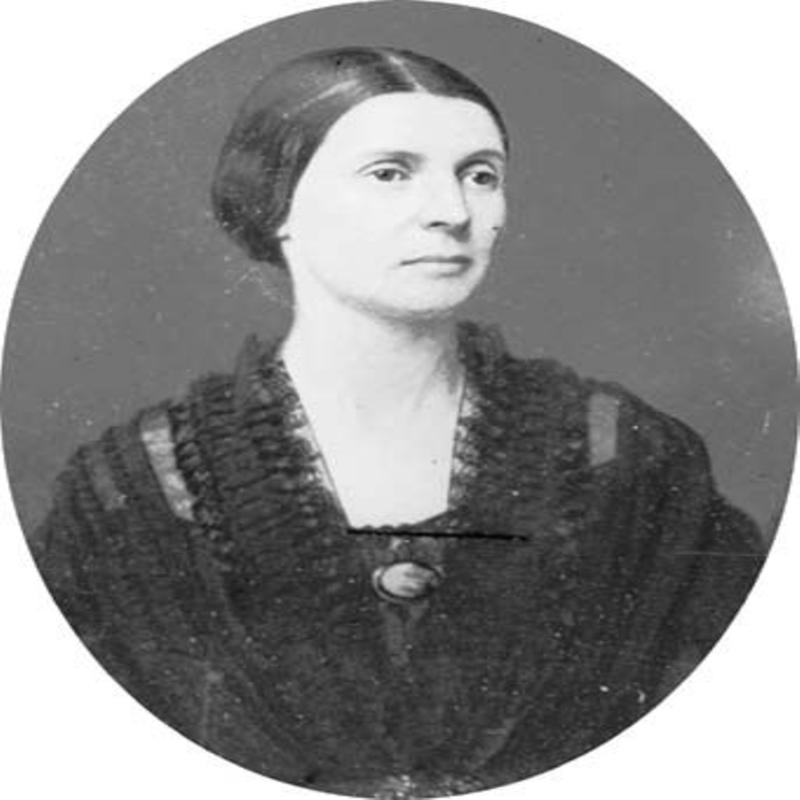 In 1835, she met Doctor Robert Greenhow and after a short courtship they wed. It was a good marriage, she met the requirement for beauty and sophistication while he provided the means for her to be so for he was not just the personal physician to some of the most prominent people in Washington but he also worked for the State Department. Together they would have four children, all daughters, and although her husband would die in 1854 the connections she had made and the string of prominent lovers that followed thereafter ensured she maintained her access to State Department and War Ministry secrets. Her eldest daughter had by this time also married a Union Officer providing her with a further source of information. In time this would provide Rose with access to State Papers as well as the secrets of the bed-chamber.
Throughout the 1850’s, America was a country torn apart by the issue of Slavery and State’s Rights. The issue came to a head when seven Southern Slave States formally seceded from the Union in January 1861, with four more following over the next two months.
The recently elected President Abraham Lincoln refused to concede to the break-up of the Union and authorised the use of force to prevent it. In response on 12 April 1861, the State of South Carolina demanded the surrender of the Federal Arsenal at Fort Sumter in Charleston Harbour. When it refused they opened fire and forced it to do so – The American Civil War had begun.
Upon hearing the dramatic news of the outbreak of hostilities, Rose offered her services to the Confederacy as a spy. Because of her contacts in Washington it was an offer readily accepted. So as the armies of the two protagonists converged outside Washington, Rose busied herself gathering information.
On the 9th and 16th of July she smuggled out letters to both of the Confederate Commanders, Joseph E Johnstone and P.G.T Beauregard detailing the disposition of enemy forces. 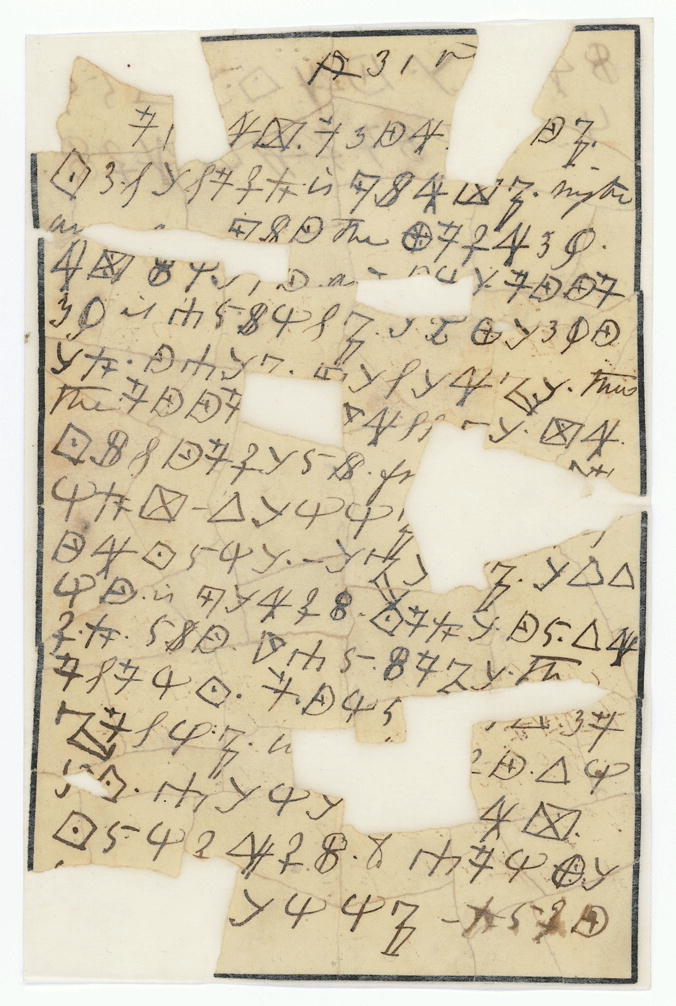 On the eve of battle she rushed a short ten word note to General Beauregard telling him to mass his forces at Manassas Junction. There was little time to validate the information, nonetheless Beauregard made the decision to act upon it, and Rose was proved right.
The information she provided allowed General Johnstone to rush reinforcements to Beauregard by railway in time to confront the advancing Union Army.
The First Battle of Manassas, or Bull Run as it is also known, was a resounding Confederate victory achieved largely as a result of the information provided by Rose and as the Union Army fled the field in disarray the road to Washington lay open.
The North, which had expected a swift rout of the enemy, was in a state of panic but the Confederate Army was too exhausted to exploit the opportunity. Despite their failure to deliver the decisive blow it was the closest the Confederacy would ever come to achieving victory. Her handler in Richmond, Captain Thomas Jordan sent a telegram: Our President and our General direct me to thank you. We rely upon you for further information. The Confederacy owes you a debt.
A debt was the least they owed her, without her intervention defeat would surely have resulted and the Confederacy would have been strangled at birth and both Beauregard and President Davis were more effusive in their praise with the latter crediting the ‘Rebel Rose’ with changing the course of the war for he knew just how perilously close they had come to losing everything.
Rose, who had remained in Washington and had never tried to conceal her pro-Southern sympathies, soon came under suspicion of being a spy and on 21 August she was arrested by the Head of Union Intelligence, Allan Pinkerton. 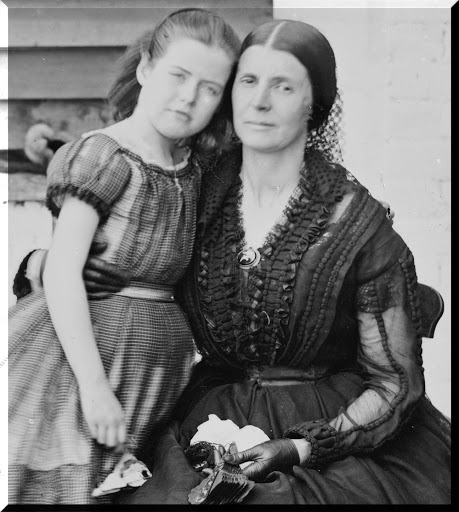 A search of her home uncovered numerous Official State Documents, details of Washington’s fortifications, and military maps. She was immediately placed under house arrest later being moved to the Old Capital Prison along with her youngest daughter.
Her incarceration did not curtail her activities however, she was only part of a wide network of Confederate spies operating in Washington and messages continued to be passed between herself and her accomplices tied up in women’s hair, hidden under their hats, and even sewn into their dresses. Exasperated, the Federal Authorities deported her to the Confederate capital Richmond. In this she was perhaps fortunate for later in the war she could have been hanged.
Rose was greeted in Richmond like a returning hero. To many her virtues of courage, devotion, and loyalty personified the essence of Southern Womanhood. President Davis made a great fuss of her and she was appointed an unofficial Ambassador for the Confederate cause and sent on a diplomatic mission to Europe.
Rose was to remain in Europe for sometime where she made a favourable impression and was invited to meet both Emperor Napoleon III of France and Queen Victoria. But despite her meetings with the rich and powerful, the endless dinner parties and the relentless charm offensive she was unable to garner any positive commitments of support for the Confederacy.
Frustrated at not being directly involved in events at home she requested and was granted permission to return to America which was duly received and in September 1864, carrying dispatches she boarded the blockade runner Condor.
A largely uneventful voyage changed when nearing the coast of North Carolina just off Cape Fear the Condor encountered the gunboat USS Niphon which was soon joined by other ships. In a desperate attempt to escape her pursuers the Condor ran aground and Rose fearing capture, imprisonment or worse ignored advice and abandoned the Condor in a rowboat. In heavy seas and unable to steer Rose soon lost control and the boat capsized.
Rose, who was a poor swimmer at best and was also weighed down by $2000 of gold intended for the Confederate Treasury sewn into her dress barely had time to struggle before she slipped beneath the waves.
Her body which washed up on the shore a few days later was taken to Wilmington, North Carolina, where it was buried with much ceremony and great solemnity her coffin draped in the Confederate flag. On her gravestone the inscription simply reads:
“Mrs Rose O’Neal Greenhow: a bearer of dispatches for the Confederate Government
Tagged as: Miscellaneous, Women
Share this post: