Posted on 7th October 2021
Pope Stephen’s VI’s brief Pontificate was largely undistinguished but in the few months he sat upon St Peter’s Throne he became one of the most notorious Pope’s in history but for one incident only, when he had the body of a recently deceased predecessor Pope Formosus removed from his grave and put on trial for past crimes.
The future Pope Formosus, whose name means handsome, though we don’t know if this is true or merely wishful thinking on his part, was born in Ostia, Italy, in AD 816.
Ordained into the priesthood when he was still quite young he was to make his reputation not as a man of God but as a diplomat and was to use the contacts he made on his many travels for his own ends and he had one specific end in mind – he wanted to be Pope. 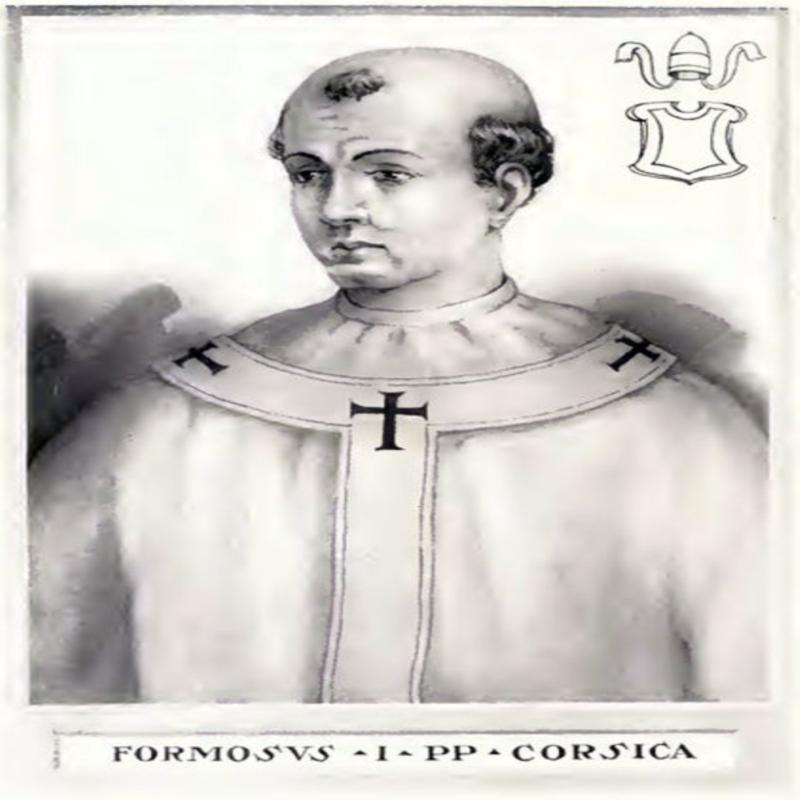 He did little to conceal his ambition to seize the Vatican for himself and he was hated by many in the Church especially for his willingness to act against Papal interests if in doing so it served his own. Indeed, so brazen was he that in 872 he was placed under interdiction something he simply ignored performing his priestly duties and carrying on much as before.
In 876 in an attempt to rein him in he was threatened with excommunication but the threat was withdrawn when he vowed never to return to Rome but Formosus was merely playing for time, and he was to prove a very patient man.
Europe at the time was governed by a series of powerful factions who when not actually at war with each other all wanted to capture the Papacy for themselves. In any conflict of interest Formosus was careful to side with the most powerful.
In one such dispute he supported Arnulf of Carinthia against the powerful Spotelo family of Rome which had close links to the Vatican. He worked hard to convince Arnulf to invade Italy and advance on Rome telling him repeatedly that if he did so his enemies would crumble before his might. In 891, Arnulf at last relented and Formosus was proved right as in no time at all he was the supreme arbiter of all Italy.
Following the somewhat convenient death of Pope Stephen V, Formosus received his reward and on 6 October 891, he was elected Pope. Even though merely being Bishop of Porto and not a Cardinal, he did not technically qualify.
This fact was brushed aside and by now in his mid-seventies he had at last achieved his lifetime ambition and one of his first acts was to crown Arnulf Holy Roman Emperor. He was to die on 4 April 896, aged 80, having been Pope for just 5 years. He was succeeded by Pope Boniface VI who likewise died just two weeks later.
Formosus had made many enemies during his lifetime one of whom was Pope Stephen VI, the successor to Boniface VI. Stephen had been an acolyte of the Spotelo family which had been put to the sword or forced to flee by Arnulf.
The new Pope was an unforgiving man who would have his revenge on his old enemy whether he was dead or not but while Arnulf lived he would have to bide his time. He didn’t have to wait long for by 8 December, Arnulf was also dead.
In January 897, in alliance with the returning members of the Spotelo family Pope Stephen, determined to damn Formosus not only in the eyes of God but the world announced that the former Pope was to be put on trial in what was to become known as the Cadaver Synod. 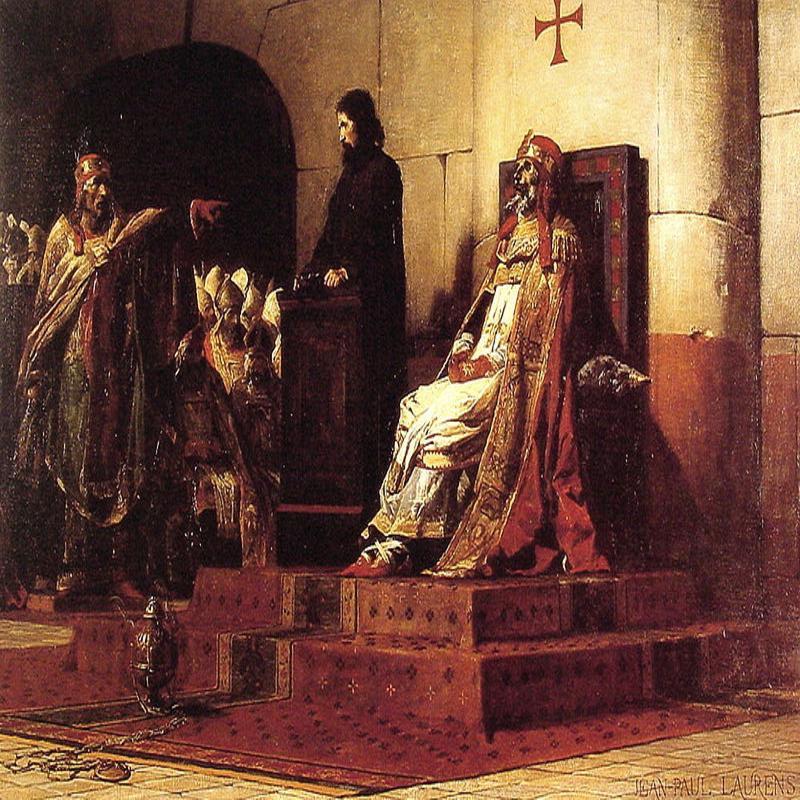 The disinterred body of the former Pope was dressed in its clerical vestments and propped up on a throne in the Basilica of St Peters. A Deacon was then appointed to speak on the corpses behalf as Pope Stephen acting as prosecution counsel, judge, and jury interrogated it on the charges of continuing to enact the functions of a Bishop when under interdiction and claiming the Pontificate when not yet a Cardinal and illegible to do so.
The inability of the corpse to sufficiently respond to questions directly put to it was viewed by the Court as proof of its guilt – the verdict was never in doubt.
Found guilty the corpse was once again stripped of its clerical vestments and the three fingers of its right hand that had been used for blessings were broken off. It was then dragged through the streets of Rome to be mocked and abused by the people before being unceremoniously disposed of in the River Tiber. The body was later retrieved by a monk and reburied.
Pope Stephen had exacted his revenge but it was to be short-lived triumph. Just 8 months later in August 897 he was deposed by factions who had been against the vilification of his predecessor. He was placed under arrest and imprisoned. No charges were ever brought however, and a little later he was dragged from his prison cell and strangled to death.
Tagged as: Ancient & Medieval
Share this post: