Posted on 26th May 2022
By the summer of 1917, Europe had been engaged in the most catastrophic war in human history for three long years. Britain protected by the Channel had been spared its more destructive exigencies but its young men had been killed in their hundreds of thousands nonetheless, and there was no end in sight. People sought solace in their despair and there was a surge in spiritualism and the numinous in general not seen since the early Victorian period. But the spiritual is not a provable science; the blurred image and disembodied voice are neither seen nor heard but imagined. But there were fairies at the bottom of the garden if only one looked. A young girl had not only seen them but played with them, and she had the pictures to prove it.
Elsie Wright was sixteen years of age and like other children of the time was obliged to make her own entertainment so she and her nine year old cousin Frances Griffiths who had recently returned from South Africa with her mother and was staying with the Wright family would often play in the woods and fast flowing stream next to their house in the Yorkshire village of Cottingley. As a consequence they were frequently in trouble with Elsie’s mother Polly who wearied of them returning home wet, muddied, and with their clothes dishevelled and dirty. She could not understand their fascination with the place and berated them for not behaving as young ladies should. Elsie responded by telling her mother that they went there to see the fairies. Polly scoffed at the suggestion but Elsie insisted she was telling the truth and would prove it. 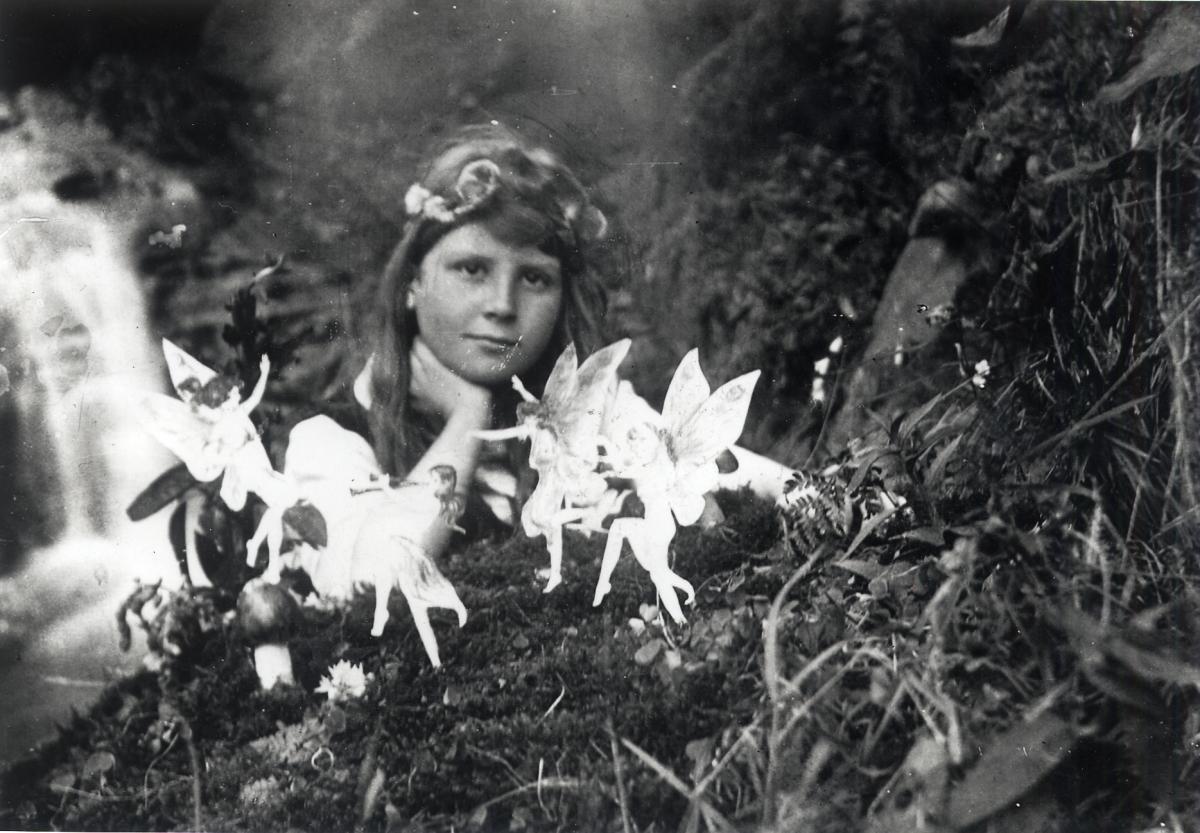 Her father was a keen amateur photographer who possessed a Midg Quarter Plate camera, Elsie who was familiar with how it worked would return to the woods and use it to take a picture. She and Frances were back within the hour and Elsie who had a flair for art would develop it herself using her father’s darkroom.
The photograph which was clear and without blemish showed Frances her chin resting upon the palm of her hand looking amusedly at several fairy-like creatures frolicking and dancing before her. When the photograph was shown to her father he was less than impressed and remained so even after Elsie took another of herself with one of the aforesaid fairies. 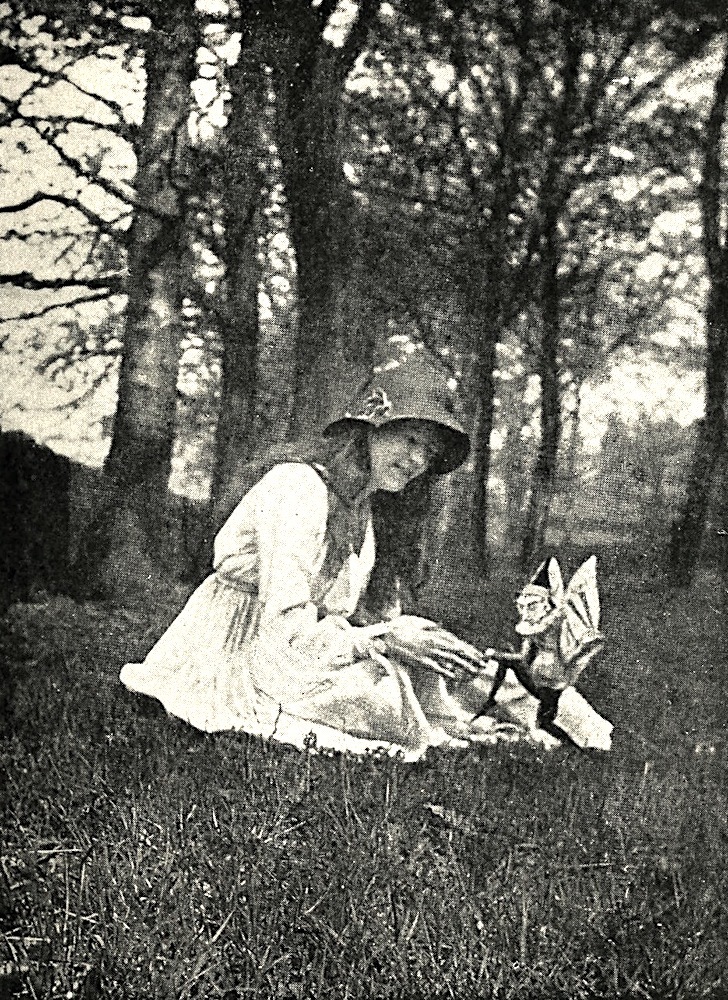 Putting aside her husband’s objections Elsie’s mother who despite early doubts was more inclined to believe her daughter decided to take the photos along to a meeting of the Theosophical Society in nearby Bradford where she thought they would at least be taken seriously. Yet even here there was scepticism among many present who thought them the result of a childish prank. One of its leading members thought otherwise,
however. Edward Gardner believed they offered proof of the supernatural and having received permission to do so, took them along to an expert for analysis who reluctant to confirm their authenticity did nonetheless declare them an accurate representation of what was before the lens.
There the matter might have ended but for Gardner’s determination to lecture upon the issue and show the images to anyone willing to take an interest. Eventually, the photographs found their way into the spiritualist publication ‘Light’ where they caught the eye of the famous author and creator of the fictional detective Sherlock Holmes, Sir Arthur Conan Doyle. 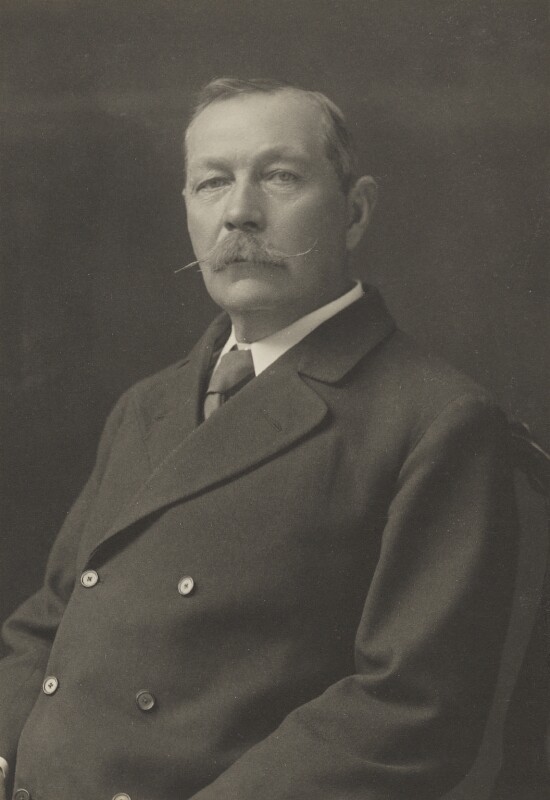 Conan Doyle had been interested in the supernatural for many years but had only publicly declared himself a spiritualist as late as 1916. Now, four years later he saw in the Cottingley Fairies tangible evidence of an existence beyond our own reality. After all, he like so many others was mourning the loss of a son in the Great War and hoped passionately for a life after death. He wrote of the Cottingley Fairies in the 1920 Christmas Edition of The Strand magazine:
“The recognition of their existence will jolt the material twentieth century mind out of its heavy ruts in the mud, and make it admit that there is a glamour and mystery to life. Having discovered this, the world will not find it so difficult to accept that spiritual message supported by physical facts that have been put before it.”
But as we are at present more than aware wanting to believe in something simply because it validates in some way your own desires or agenda contrary to the evidence and regardless of the facts can corrupt the most educated and well-intentioned of minds. 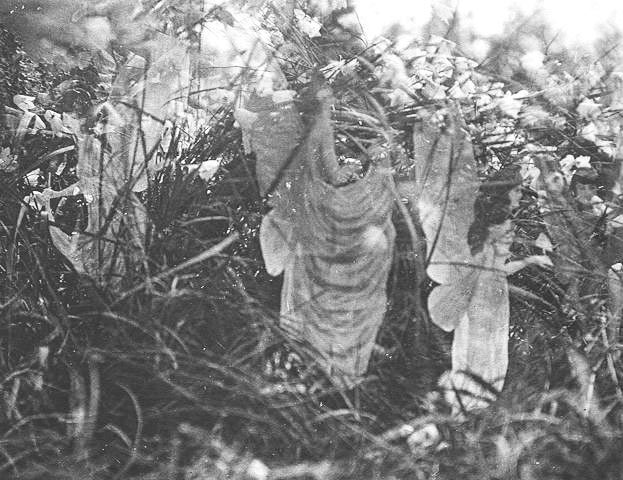 The Cottingley Fairies were a hoax though neither Elsie Wright nor Frances Griffiths admitted as such until the 1980’s when by then elderly both were living abroad. Although Elsie continued to insist that the fifth and final photo was in fact genuine she explained how she created the others.
She had, she said, copied images of fairies from the 1914 edition of the popular children’s publication Princess Mary’s Gift Book onto cardboard and added wings before cutting them out and attaching them to hatpins so as to hold them upright. 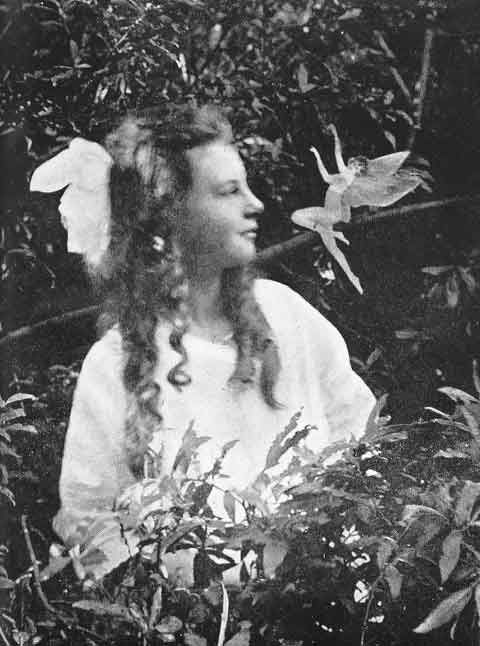 By admitting the truth they had ended decades of speculation but why had it taken them so long? As Frances explained:
“Two village kids and a brilliant man like Conan Doyle – well, we could only keep quiet.”
She continued:
“I never thought of it as being fraud, it was just Elsie and I having a bit of fun and I can’t understand to this day why they were taken in – they wanted to be taken in.”
It was true for not only were the Cottingley Fairies great publicity for the spiritualist movement they were also a coup for the still evolving art of photography; the prospect that the other side of the veil could be caught on camera was the cause of much excitement and remains a subject of conjecture to this day. 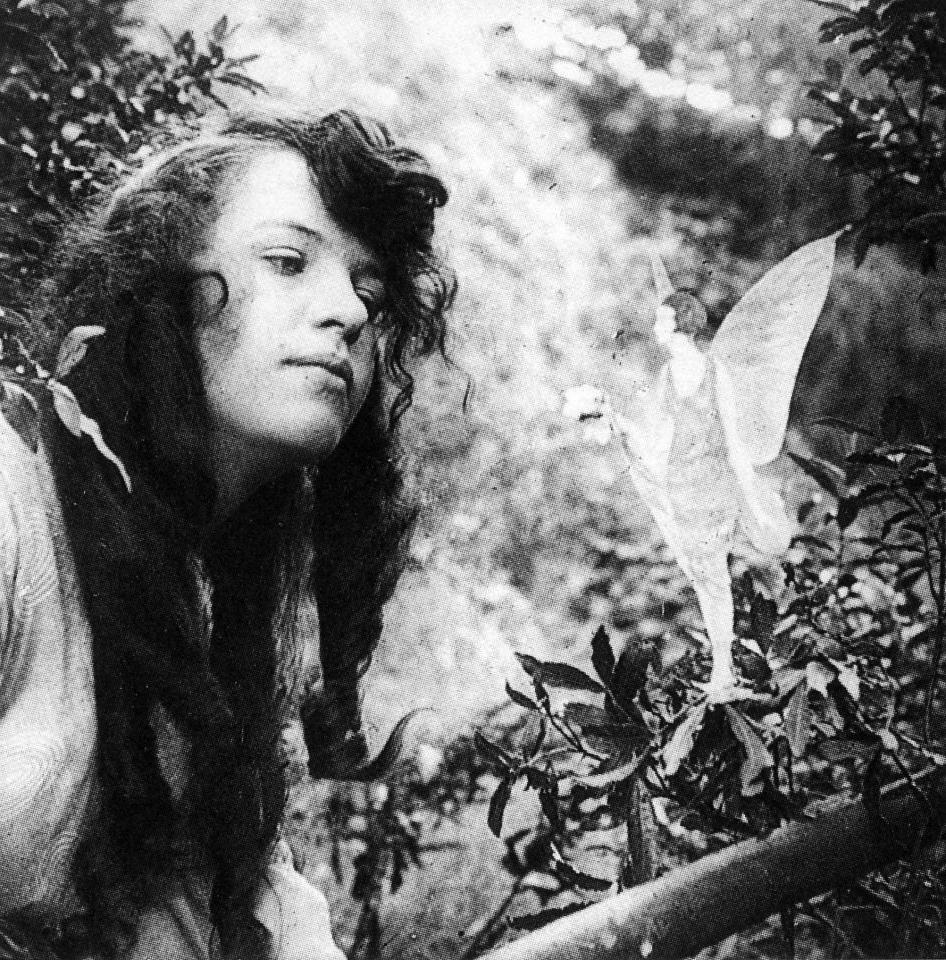 It may seem clear to us today that the images were faked but the technology at the time they were taken was rudimentary at best while the manipulation of the photographic process we now take for granted was still many decades in the future. As such, the Cottingley Fairies along with Piltdown man and the Hitler Diaries can rightly take its place as one of the great hoaxes of the twentieth century, if an unintentional one.
Tagged as: Miscellaneous, Modern
Share this post: