Posted on 12th September 2021
The Great Exhibition which ran from 1 May to 11 October 1851 was the idea of Queen Victoria’s husband Prince Albert who saw it as an opportunity to promote Britain’s image around the world.
Housed in a glass building reinforced with cast iron girders and situated in Hyde Park it resembled a giant greenhouse reflecting the background of its designer Joseph Paxton who used to make them for the Duke of Devonshire.
At 1854 by 454 feet wide its vast expanse was brought into clearer focus by the trees and statues that adorned its interior and lauded as both an architectural and engineering wonder its grandeur was further enhanced when its official unveiling was undertaken by the Queen, Prince Consort and other members of the Royal Family. 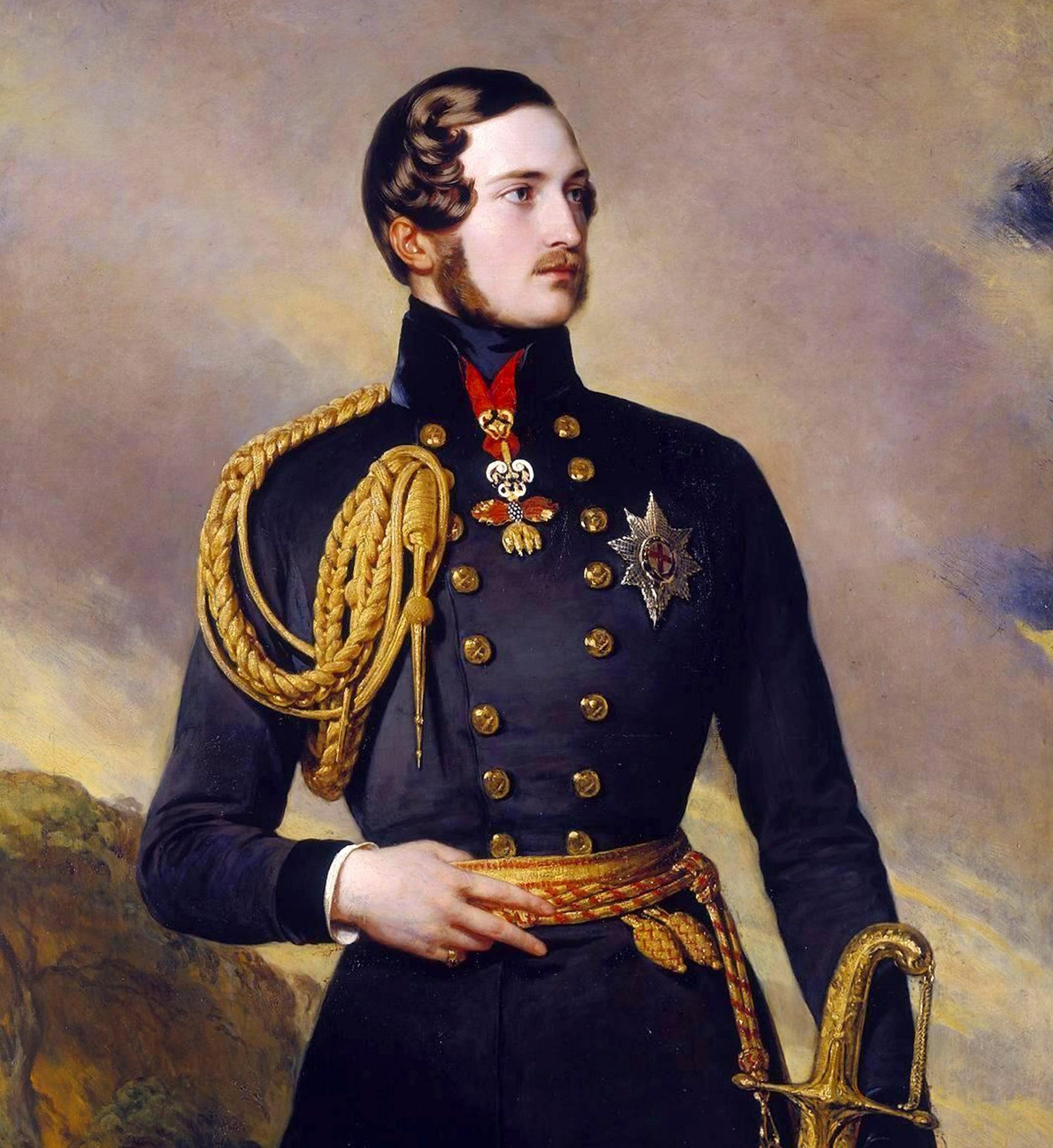 Advertised as a chance to witness in one place all the technological wonders of the world it was in reality an opportunity to show off Britain’s industrial might with its exhibits taking pride of place while those from the rest of the world were shunted into corners and piled up one upon the other.
It was to prove a great success selling more than six million tickets during its run the equivalent of a third of Britain’s population. Tickets were priced from three guineas to one shilling with around four million of the cheapest tickets being sold, and the average daily attendance was 42,831 reaching a peak of 109,915 on 7 October.
Queen Victoria was a frequent visitor being particularly taken by a mechanical bed that tipped its occupant straight into a pre-prepared bath. Other eminent Victorians who attended were Charles Dickens, Isambard Kingdom Brunel, and Alfred, Lord Tennyson among many others.
After all costs were taken into account the Exhibition made a surplus of £186,000 or £18,370,000 in today’s money which was used to fund the building of the Victoria and Albert Museum, the Science Museum and the Natural History Museum.
The 1854 the building was dismantled and re-erected in Sydenham, South London where it became known as the Crystal Palace. Over the following decades it was to fall into disrepair before being destroyed by fire on 30 November, 1936.
Though it had its critics among them Karl Marx who accused it of being capitalist propaganda and commodity fetishism on a grand scale the Great Exhibition was to set the trend for other such events in other major cities and confirmed Britain’s status as the Workshop of the World. 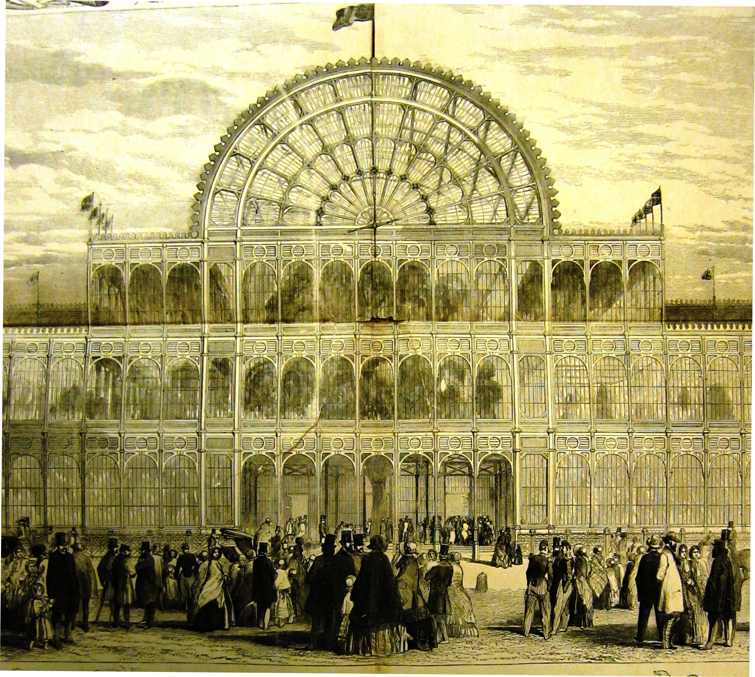 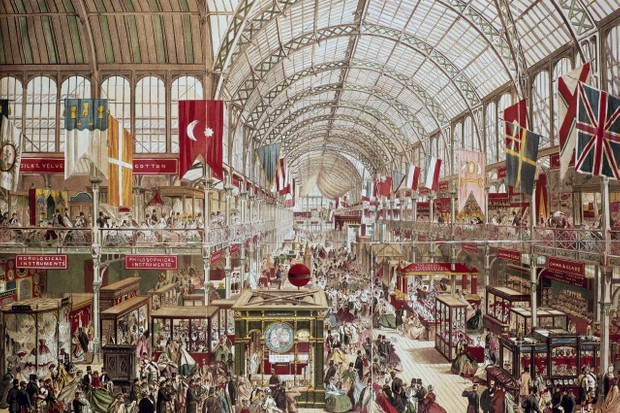 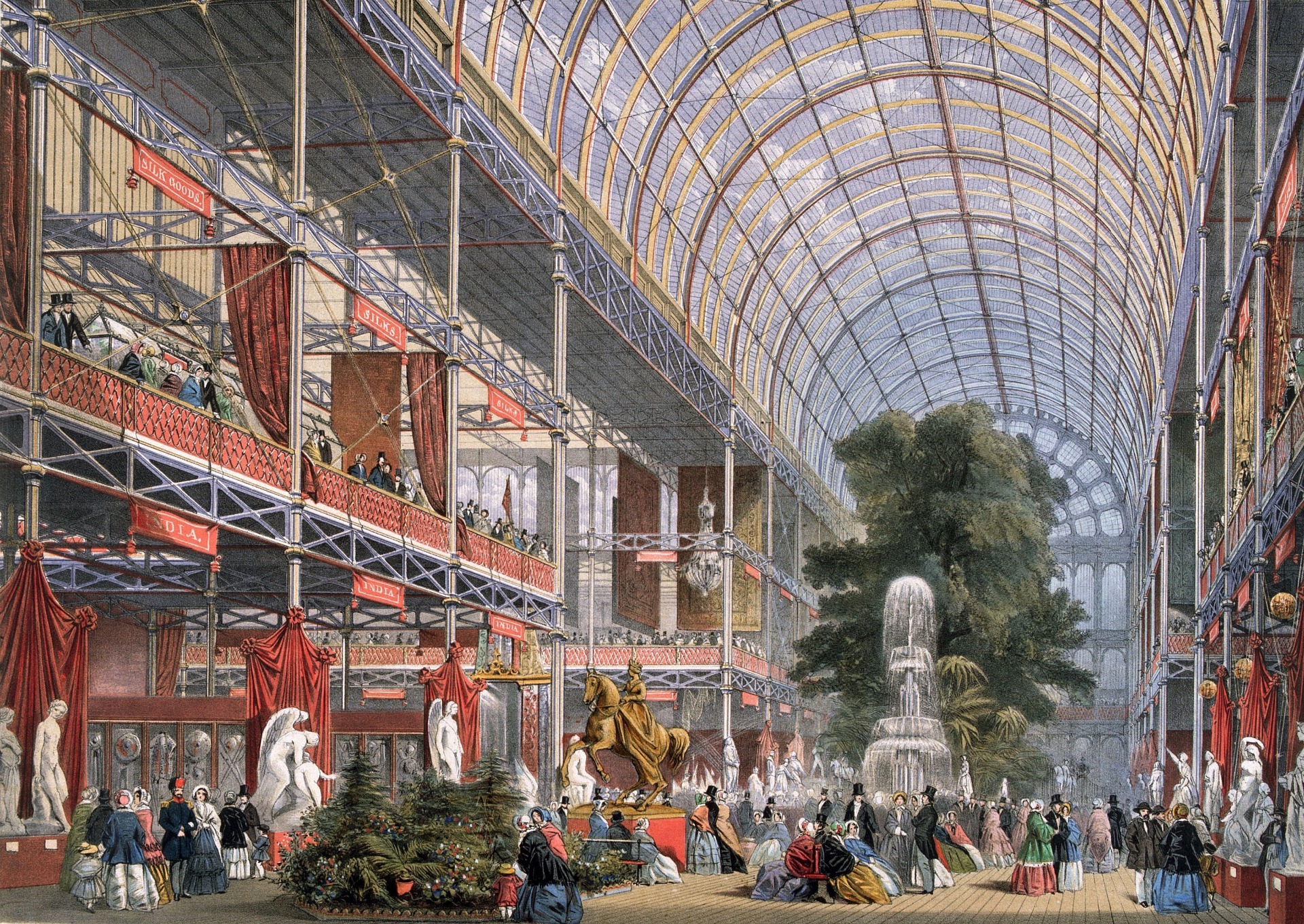 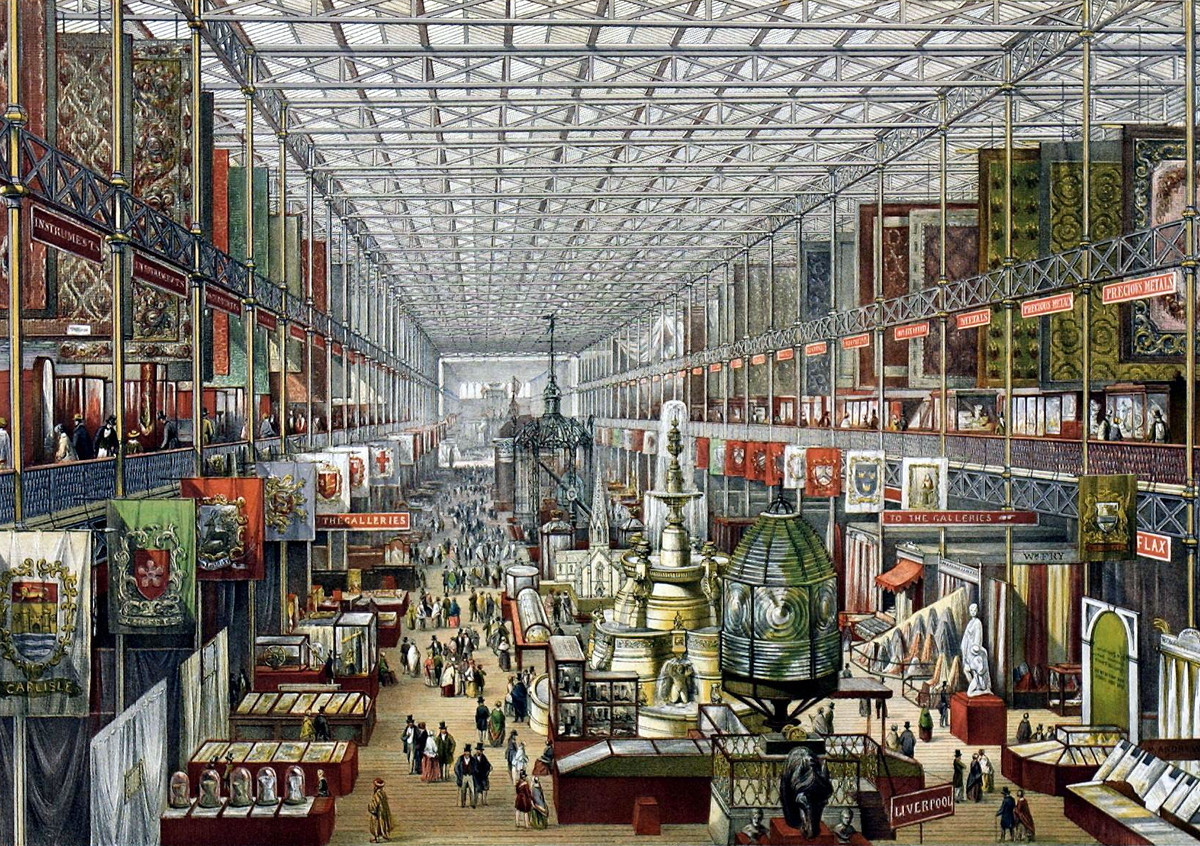