Posted on 26th January 2021
The Great Slave Auction that took place in Savannah, Georgia in early March, 1859, was the largest of its kind and the last in the United States prior to the Civil War and eventual black emancipation. The 436 slaves available for purchase came from the estates of Pierce Mease Butler, a reckless and foolish man by all accounts who was desperate to settle his gambling and business debts.
In the days immediately prior to the sale the slaves were gathered in the stables at the Ten Broeck Race Course for inspection. It was stipulated that family groups, husband, wife and children were not to be broken up and sold separately though how strictly this was adhered to after purchase remains unknown.
The auction was a success and he raised some $303,000 or almost $7,000,000 in today’s money to pay off his mostly Northern creditors. But he had in fact been a little hasty, had he delayed for a year then the war, between the States would have effectively wiped out his debt. But he was at least able to retain ownership of his Plantations after the war even if he struggled to make them profitable again.
This is a report on the Great Slave Auction as it appeared in the New York Tribune the week after its conclusion. It was written by Mortimer Thompson who had been sent by the Tribune’s abolitionist editor Horace Greely to pose as a potential buyer to uncover the true iniquities that underscored the trade in human lives. 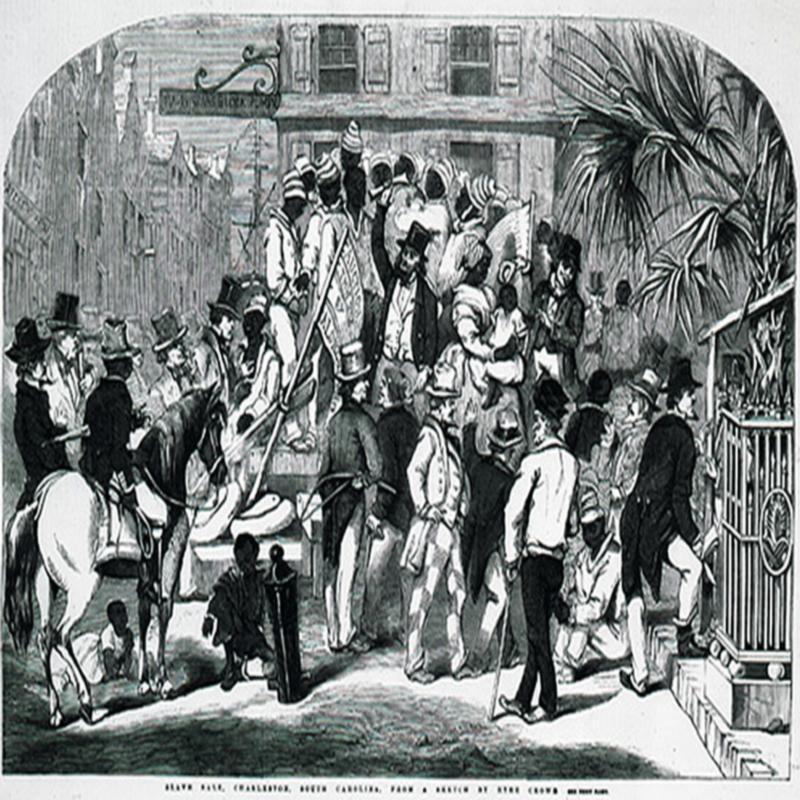