Titanic III; Flying in the Face of God

Posted on 7th May 2021
On 10 April 1912, the R.M.S Titanic, the largest Ocean Liner in the world set sail from Southampton on her maiden voyage.
Five days later having earlier struck an iceberg she slipped beneath the cold, still waters of the North Atlantic taking a great many souls with her.
By no means the greatest maritime disaster in terms of loss of life its legend remains the most famous and the most enduring for it was more than just a human tragedy, it marked the end of an era, the Gilded Age when advances in technology could resolve all humanity’s problems and it seemed that man had at last conquered nature:
The decision to build the Titanic, her sister ship the Olympic, and indeed a third ship that was to be named Gigantic came during after-dinner drinks between J Bruce Ismay the Managing-Director of the White Star Line (his family had previously owned the company before selling it to the American tycoon J.P Morgan) and Lord Pirie the owner of the Belfast ship builders Harland and Wolfe.
Unlike their rivals, in particular the Cunard Line, these new ships would not be built for speed but for luxury. They would be the largest and the grandest ships in the world and, yes, they would also be fast: 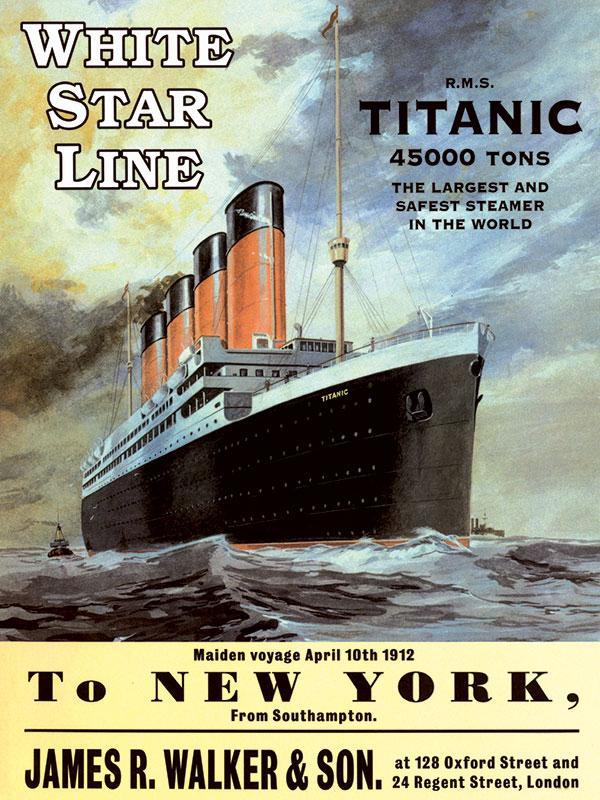