Toulouse Lautrec: The Image of Paris

Posted on 2nd May 2021
Few have come to personify the city of Paris better than the artist Henri Toulouse-Lautrec, the vision he created in his intimate portraits of its dark hinterland and the many posters he designed to promote its best forgotten by those who frequented it nightlife is the Paris of popular imagination that endures to this day. It is also the work that has spawned a thousand imitators.
He was born on 24 November 1864, the son of the Comte Alphonse Charles de Toulouse-Lautrec but being from a world of privilege did not protect the young Henri from the ravages of ill-health, disease, and disability. He had a genetic disorder that stunted his growth and left him with the legs of a child and the body of a man and standing at just 4’8” he was to become obsessed with what he considered his grotesque form and in particular his over-sized genitalia. 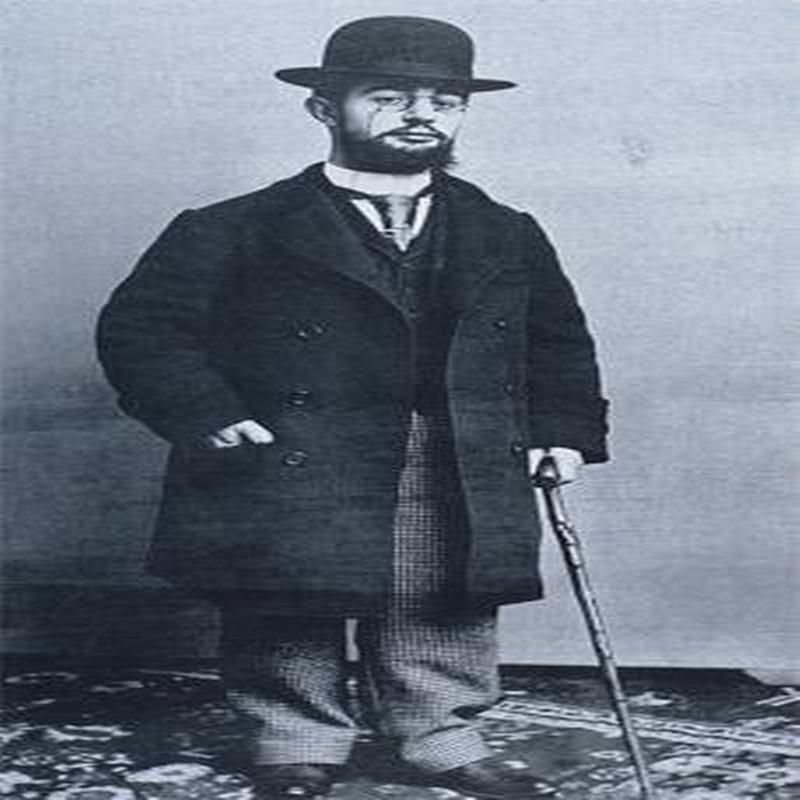 Unable to participate in the manly pursuits expected of a young aristocrat, with the prospect of a good marriage slim, and a career in the army out of the question he indulged his passion for art and the talent he had, acknowledged from an early age, for drawing and illustration.
By the early 1880’s he was living in Paris where his family connections had secured for him a place studying under the leading portrait artist Leon Bonnat and he studied long and hard; but he had also been absorbed by the city particularly drawn to the artistic milieu of South Bank cafe society and the nightlife of Montmartre which offered a world of fantasy and glitter, a theatre of non-conformity fuelled by alcohol and other stimulants. He felt at home in the company of exotic dancers, homosexuals, female impersonators, prostitutes and others who like himself were shunned by society. It was a place where a freak of nature as he often described himself would be accepted with little said.
It wasn’t quite like that of course, he remained the subject of much mockery particularly from the many prostitutes he so adored who often had fun at his expense but then derision only implied intolerance beyond the confines of their own existence.
They were freaks right enough and those who frequented their establishments hypocrites and he saw the moral bankruptcy of bohemian and hedonistic Paris as not dissimilar to the physical deformity he had to endure, something that at its heart lay a thing of beauty.
Art and prostitutes were his life and alcohol the fuel that sustained it. 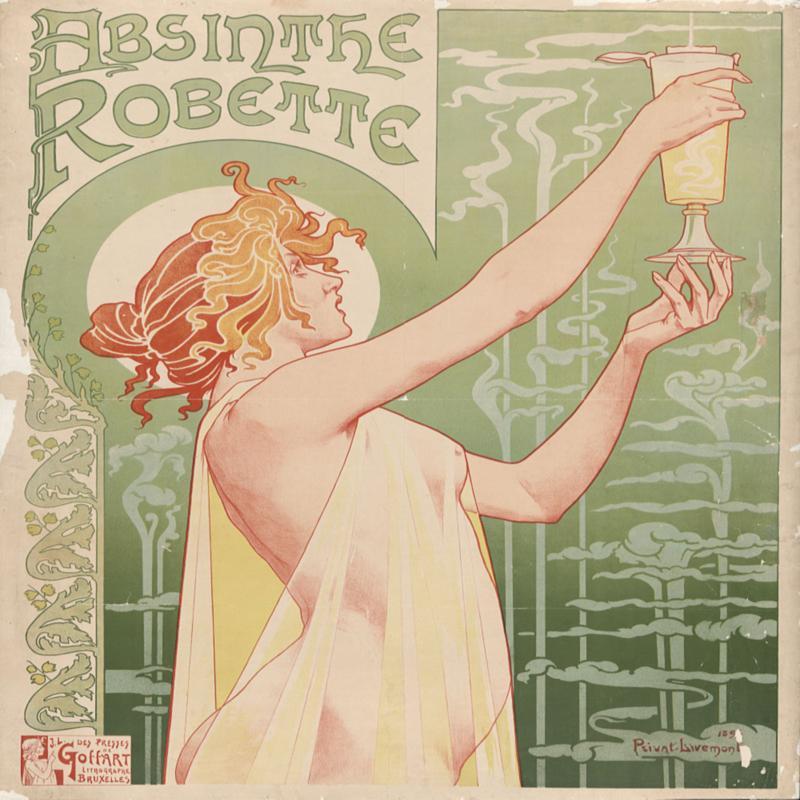 His love of the Green Fairy, or Absinthe, the supposedly hallucinogenic spirit is well known but he was no less fond of wine, whisky and beer, and he would drink throughout the day and long into the night even hollowing out the inside of his cane so he could have suitable libation with him at all times.
But his alcoholism did not seem to affect the quality of his art or slow his prodigious output and in 1891 he was commissioned to produce a poster for the recently opened Moulin Rouge featuring its star can-can dancer, La Goulue. 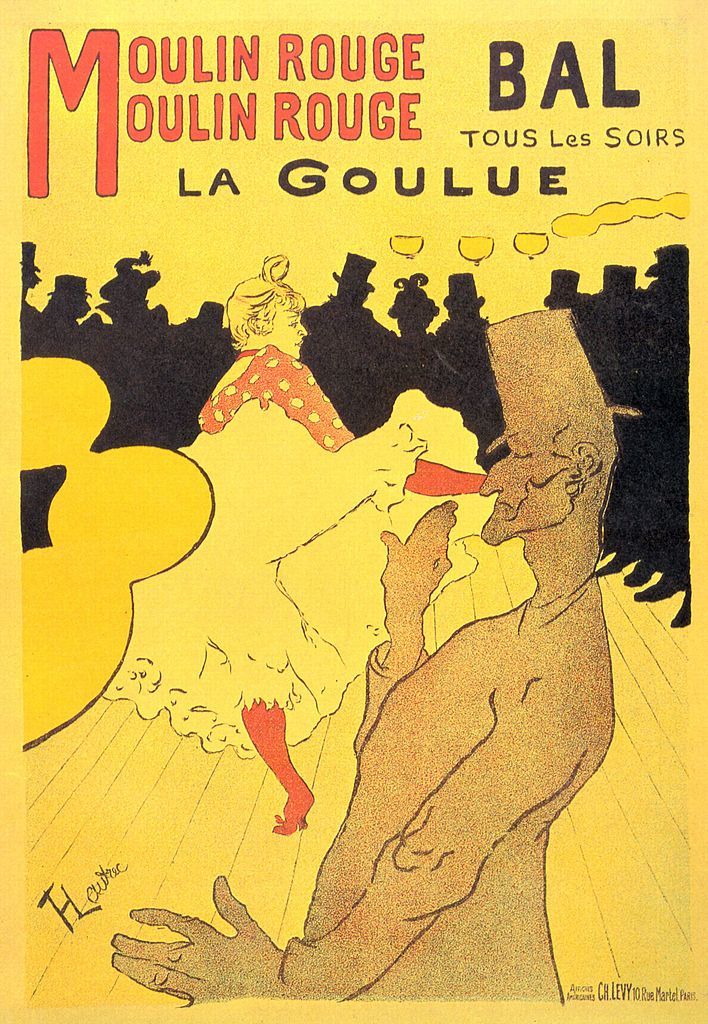 It was a success and similar commissions soon followed for the Folies Bergere and other cabaret venues around the city. Indeed, it is the posters that so evocatively captured La Belle Epoque that Lautrec is best remembered today turning as they did the poster into an art form to be widely copied. They helped to portray Paris as the city of indulgence and love without parallel anywhere in the world.
Yet it is in his paintings so simplistic in their beauty that his true genius lay portraying with delicate brushstrokes and a lightness of touch such great sensitivity for his subjects in particular the intimate relationship of women to their bodies and each other.
Henri Toulouse-Lautrec died on 9 September 1901, aged jus 36 as a result of complications arising from syphilis and alcoholism. But Paris remains eternal – the City of Light and the City of Toulouse-Lautrec. 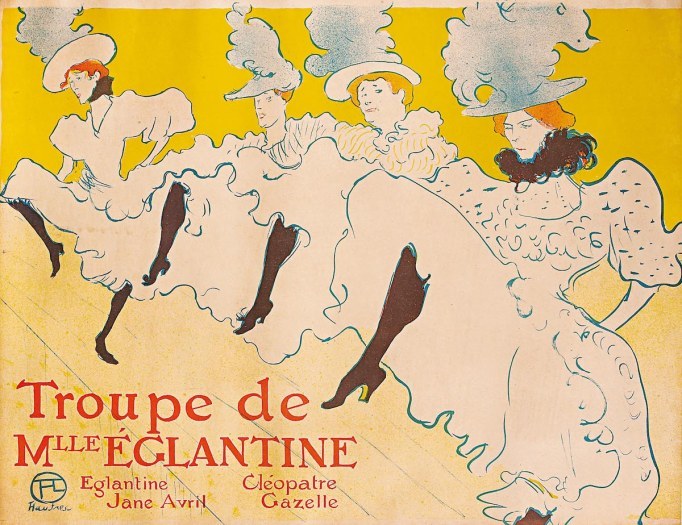 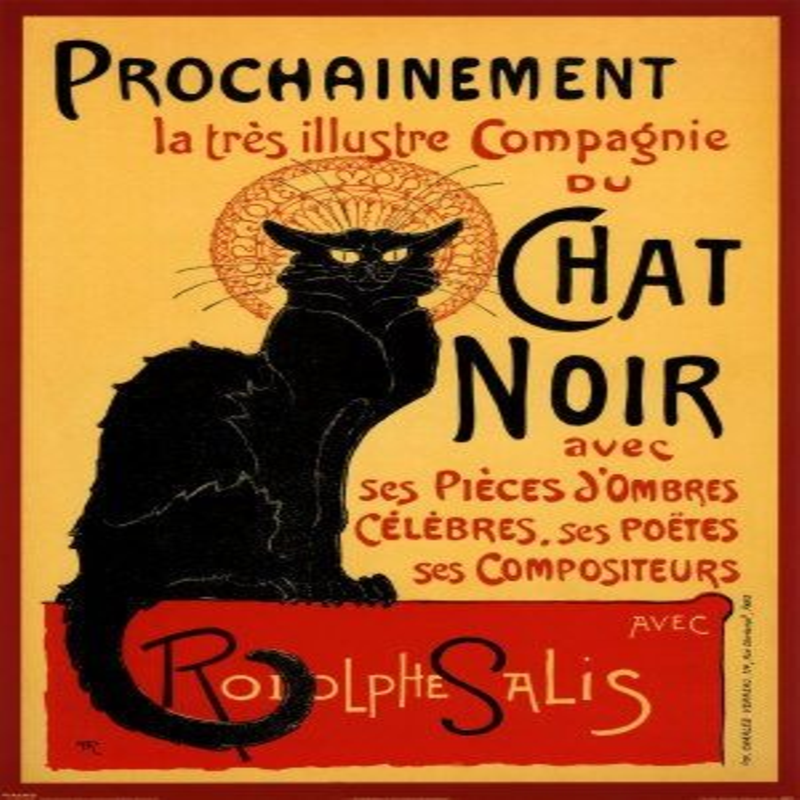 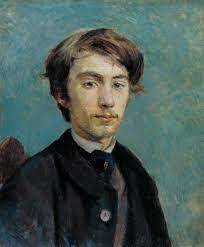 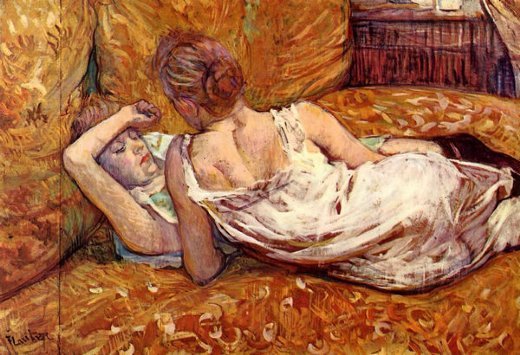 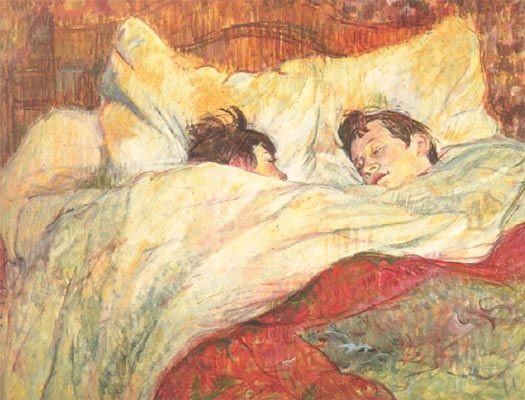 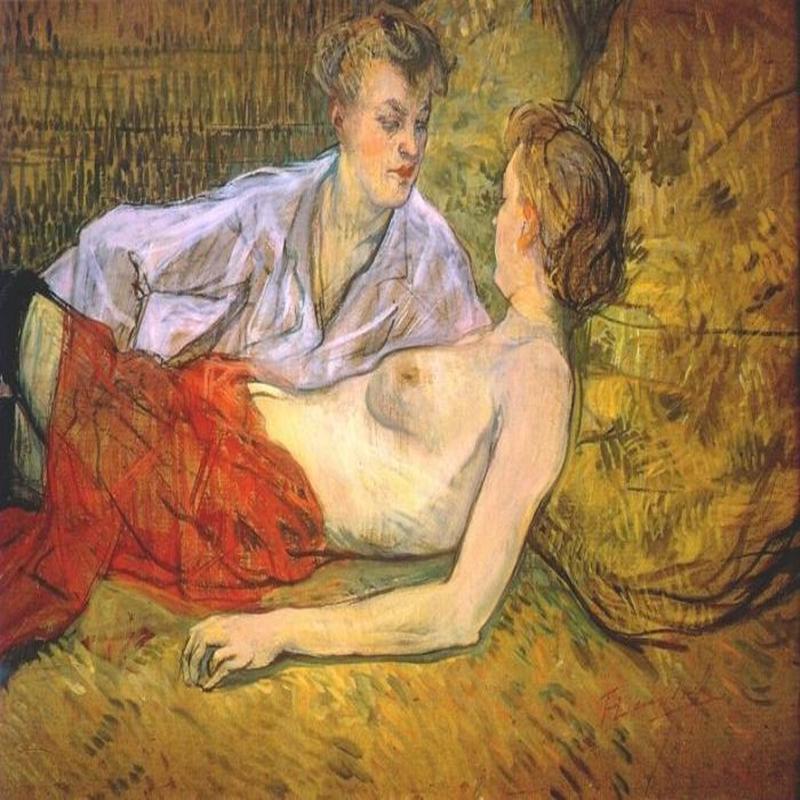 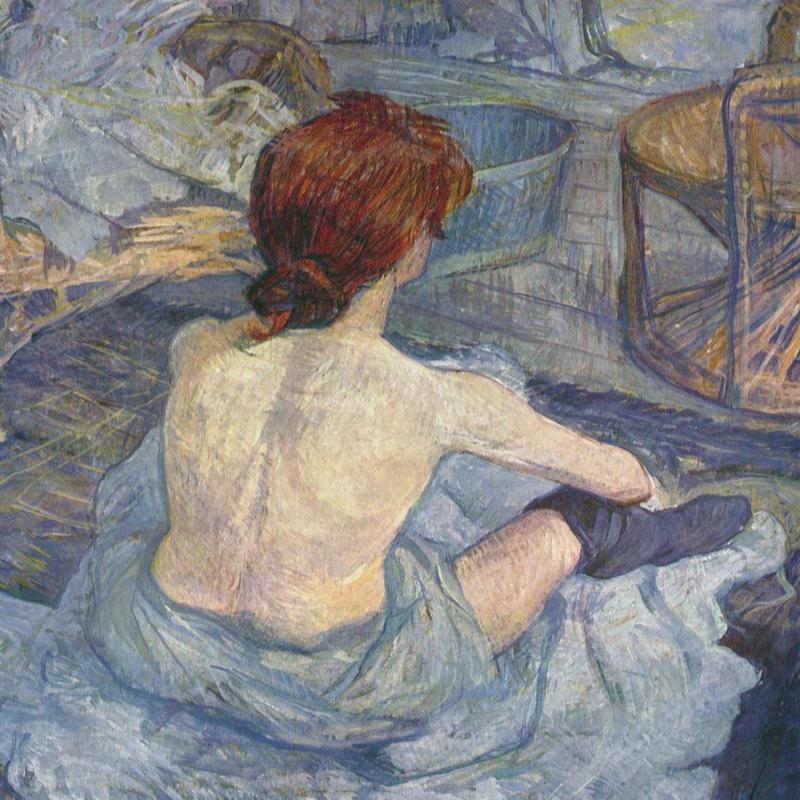 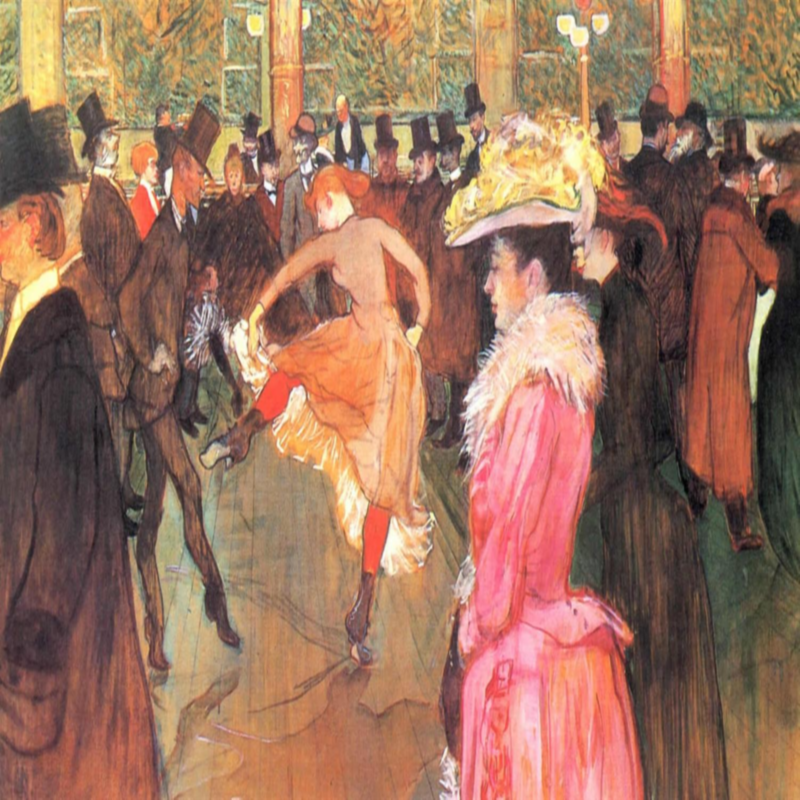 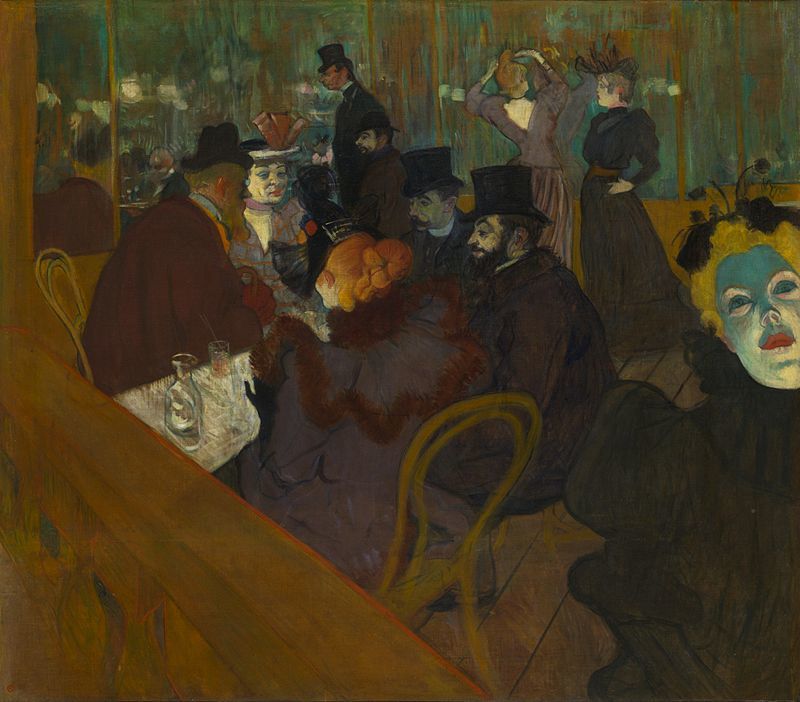 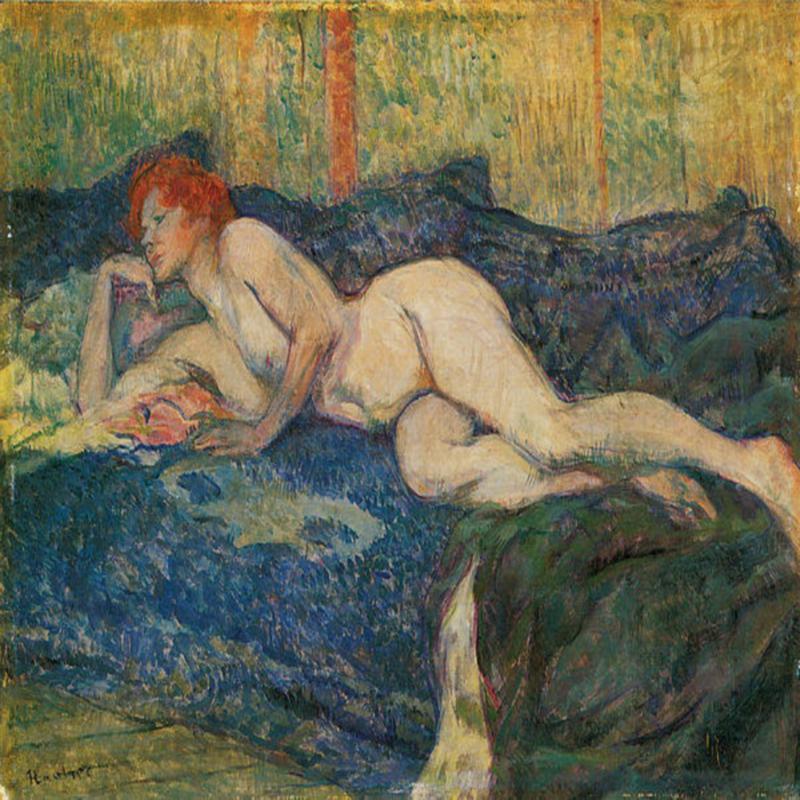 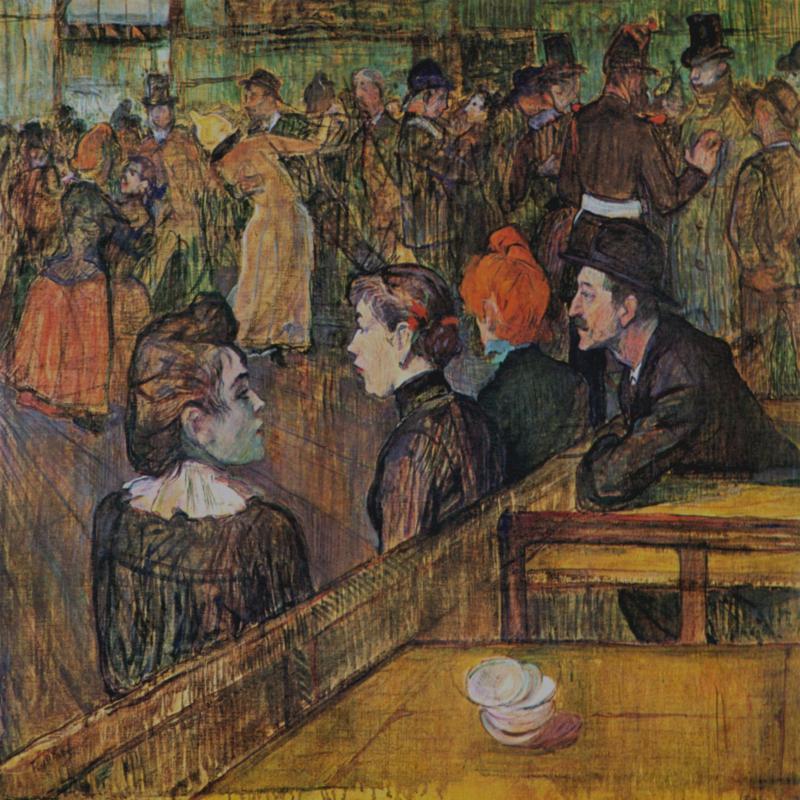