Victoria and Albert: A Royal Coupling

Posted on 27th February 2021
The woman who as Queen of Great Britain and Ireland would give her name to a period of unprecedented change, the Victorian Era, was in fact born Alexandrina Victoria and was only fifth in line to the throne but the dissolute lifestyle of her uncles and their penchant for producing bastard children was to quickly propel the young Princess to the position of heir apparent.
Her father was Edward, Duke of Kent, the fourth son of King George III who died just a year after Victoria’s birth and she was raised by her mother Princess Victoria of Saxe-Coburg Gotha who proceeded to control every aspect of her daughter’s life.
Prevented from playing with other children Victoria was instead to remain at her studies all day with only her dog Dash for company while she would sleep in her mother’s bedroom at night. Her only amusement was playing with her dolls and confiding her thoughts to a diary she was to maintain throughout her life. She would in time come to resent her mother’s suffocating presence and even more so that of her Private Secretary and likely lover Sir John Conroy. 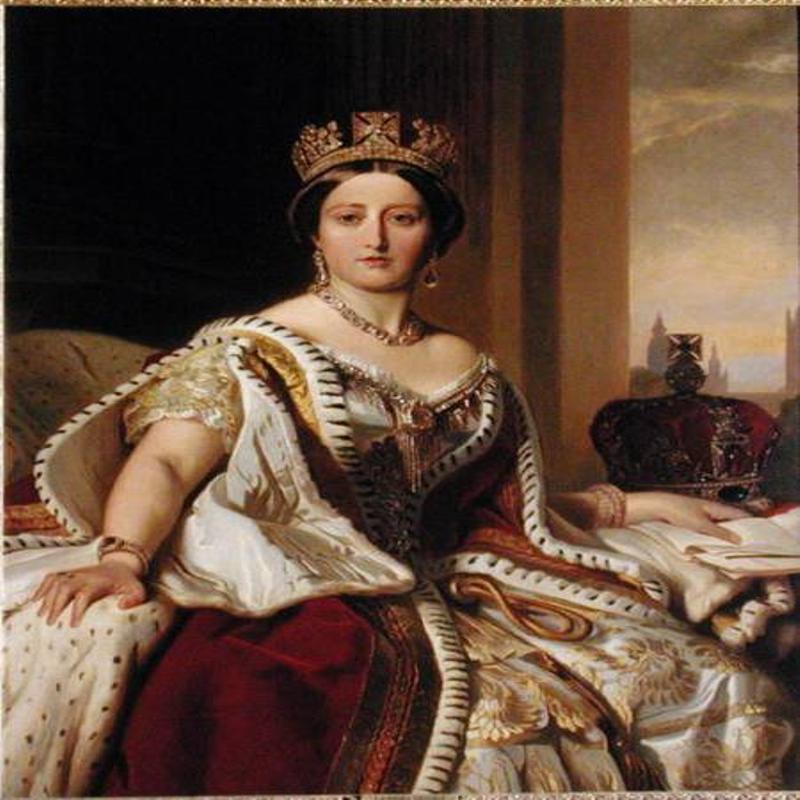 A little over a month after she passed eighteen and came of age her uncle King William IV died and she was informed by the Prime Minister Lord Melbourne that she was now Queen. Her reaction was limited to informing him that from now on she would be known only as Victoria.
We think of Queen Victoria as a stern and humourless matriarch but the young Victoria could not have been more different; she was excitable, passionate, flirtatious, and though she had no particular desire to marry informed by Lord Melbourne that protocol dictated that until she did so she would have to continue to live with her mother the search for a husband began almost immediately.
The man she was to marry was her cousin Prince Albert of Saxe-Coburg Gotha who made little impression at their first meeting though she was not displeased but by the time of their second meeting she was confiding to her diary: “Albert is extremely handsome, his hair is about the same colour as mine, his eyes are large and blue, and he has a beautiful nose and a very sweet mouth with fine teeth, but the charm of his countenance is his expression, which is most delightful.”
It had been determined long before they first met that Albert would woo Victoria and he had already made his feelings known to her but he could not propose only the Queen could do that. If she did not do so then he would have to set his sights elsewhere. He needn’t have worried by the time his stay at Windsor Castle came to an end she was hopelessly smitten and acting with haste proposed marriage on 15 October 1839. 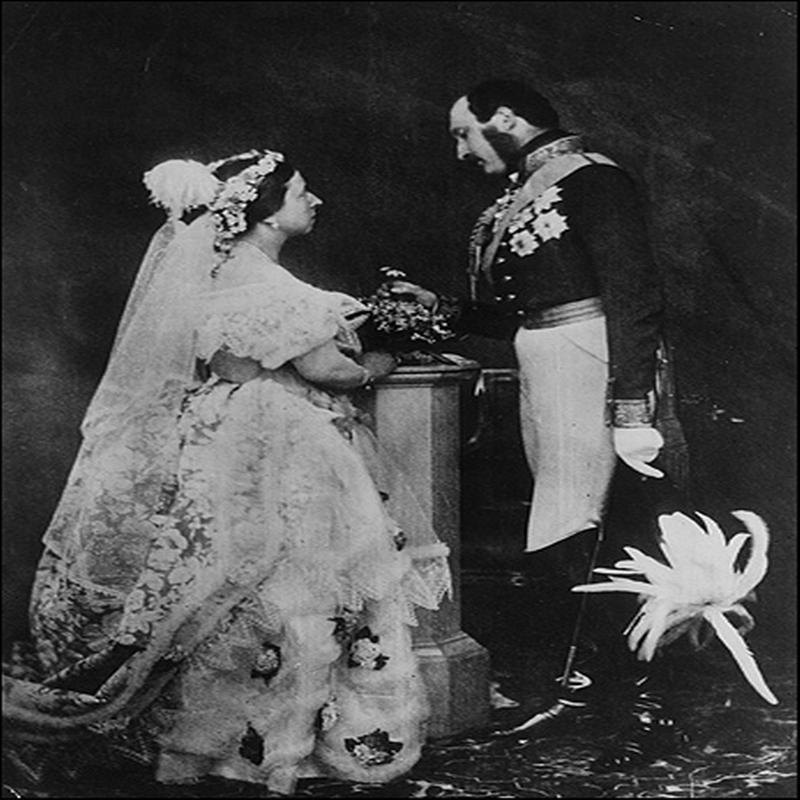 The wedding took place four months later on 10 February 1840, in the Chapel Royal at St James’s Palace in London; and despite having taken to her bed exhausted and suffering from a thumping headache, Victoria wrote excitedly of their first night together:
“I never, never spent such an evening!!! My dearest, dear, dear Albert . . . his excessive love and affection gave me feelings of heavenly love and happiness I never could have hoped to have felt before! He clasped in his arms and we kissed each other and again and again! His beauty, his sweetness and gentleness – really how could I ever be thankful enough to have such a husband . . . to be called by names of tenderness I have never yet heard used to me before – was bliss beyond belief! Oh! This was the happiest day of my life!”
Unsurprisingly perhaps, given her passionate response to her new husband Victoria was very soon pregnant and she was to give birth nine times in the following seventeen years and though Albert, the Prince Consort had no legitimate claim to the throne in his own right he would certainly sire many who did.
The Monarchy had been held in particularly bad odour ever since the reign of George IV. It was seen by many as dissolute, amoral, and the Royal Family itself viewed as little better than parasites and there were to be four attempts on Victoria’s life in the first decade of her reign including once being beaten repeatedly over the head with a cane; but all this as to change over time and in large part because of the Prince Consort who was always more popular than the Queen herself.
Serious and sober Albert was a young man who had no fondness for display and the formality of court life. He preferred instead to fulfil a role and be a man of duty. He was determined that the Queen and he would govern the country in partnership with the Government of the day and along with Victoria he attended meetings of her Privy Council and conducted meetings with her Ministers in private.
Together they would pore over her official papers and he drafted her private correspondence. He was also appointed to head a series of Boards and Commissions established to look into ending slavery worldwide and the abuses of child labour.
His activism was resented by many however and caused some disquiet in Government circles particularly when he attended sittings of the House of Commons or lent his name to specific causes that were not Government policy. He also offended the Church when he publicly recommended a knighthood for Charles Darwin following the publication of his Origin of the Species.
Albert is best remembered now for the Great Exhibition which brought all the technological wonders of the age together under one roof in Hyde Park, London where the specially commissioned iron and glass structure designed by Joseph Paxton that was to become known as the Crystal Palace. Albert had fought long and hard against considerable opposition for the Great Exhibition which ran from May to October 1851 and was to present Britain and its Empire as the Workshop of the World.
The Great Exhibition was to prove a triumph selling more than six million tickets, or the equivalent of one-third of Britain’s entire population, and the proceeds from it would later be used to found the Victoria and Albert Museum in London.
At home the Royal Family adopted a simple domesticity rejecting the environs of Buckingham Palace and Windsor Castle in London for the still grand but simpler Osborne House on the Isle of Wight and from 1851 at Balmoral Castle in Scotland. 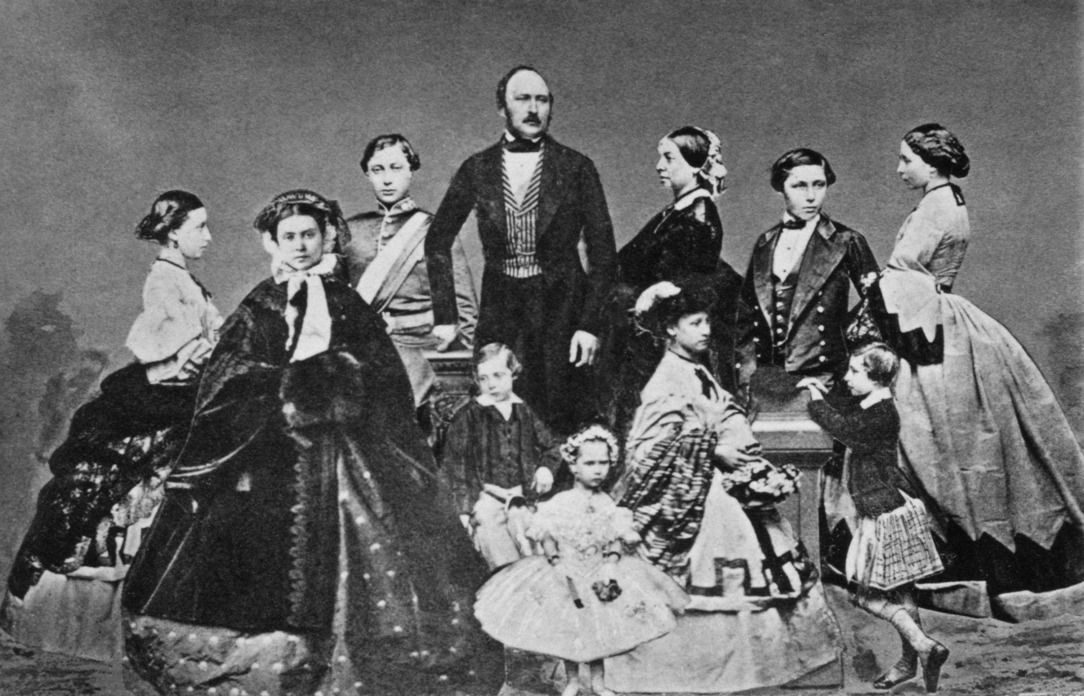 Albert in particular wished to portray a Monarchy stripped of its pretensions and mystique in favour of them as a happy, hard working couple devoted to their family and their country living a lifestyle to which others could aspire. In this he largely succeeded and Victoria was a willing partner delighted to be seen as a mother not only to her children but her country.
By 1861 Victoria and Albert’s eldest son Edward, the Prince of Wales, was engaged to be married to Princess Alexandra of Denmark but he was also at the time having an affair with the Irish actress Nellie Clifden which if it became public would cause a scandal. 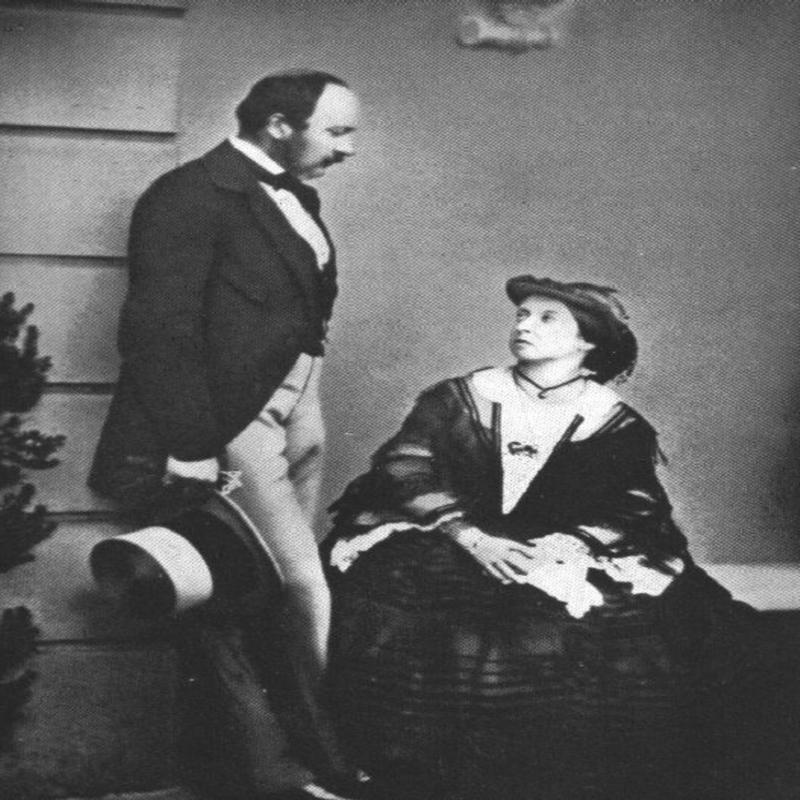