Posted on 10th June 2021
The woman who as Queen of Great Britain and Ireland would give her name to a period of unparalleled change in world history, the Victorian Era, was in fact born Alexandrina Victoria and was only fifth in line to the throne but the dissolute lifestyle of her uncles and their penchant for producing bastard children was soon to propel the young Alexandrina to the position of heir apparent.
Her father was Edward, Duke of Kent, the fourth son of King George III who died just a year after Victoria’s birth and so she was raised by her mother Princess Victoria of Saxe-Coburg Gotha who took a very hands-on approach to parenthood controlling every aspect of her daughter’s life. She wasn’t permitted to play with other children forced instead to remain at her studies all day with her only companion her pet dog Dash while at night she slept in her mother’s bedroom. Her only amusement was her dolls and the confiding of her thoughts to a journal she would maintain throughout her life.
The young Victoria would come to resent the suffocating presence of her mother and express an intense dislike for her that shocked those who learned of it. It was something she would later regret when following her mother’s death it was revealed in her private papers the great love and affection she felt towards her daughter.
Barely a month after her eighteenth birthday King William IV died and she was informed by the Prime Minister Lord Melbourne that she was now Queen. Her reaction was one of sadness for the loss of her kindly uncle and the fact she wished henceforth to known only as Victoria. 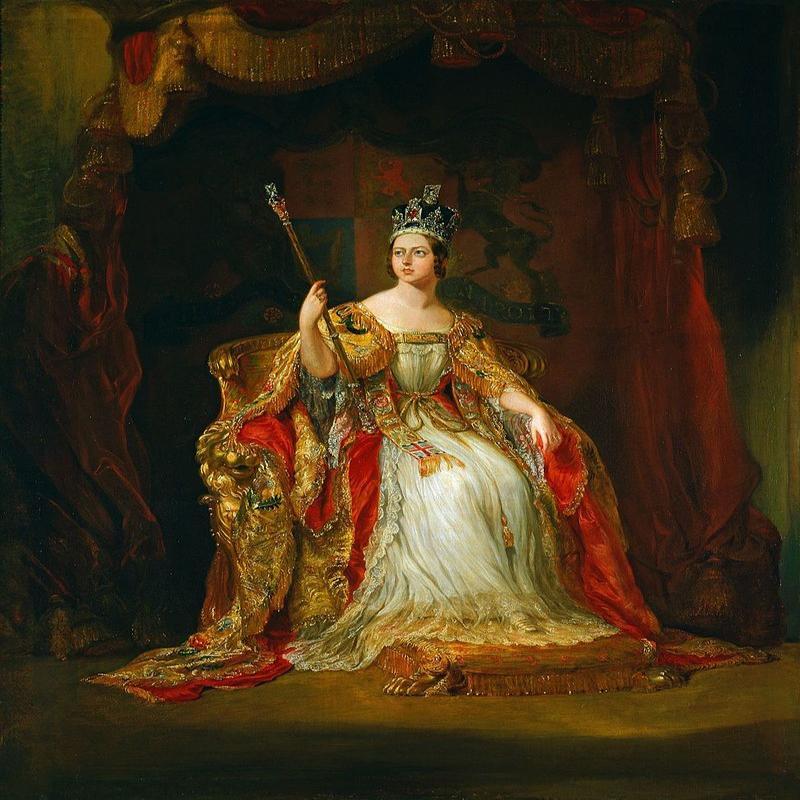 In the public imagination we think of Queen Victoria as a stern and humourless matriarch but the young Victoria could not have been more different. She was excitable, passionate, flirtatious, and though she had no particular desire to marry informed by Lord Melbourne that protocol dictated until she did so she would have to continue living with her mother the search for a husband began almost immediately.
The man she was to alight on was her cousin Prince Albert of Saxe-Coburg Gotha. When they were first introduced she had been neither impressed nor disappointed but he was by far the best of an uninspiring collection of European nobility. Things changed however on their second meeting when she confided to her diary:
“(Albert) is extremely handsome, his hair is about the same colour as mine, his eyes are large and blue, and he has a beautiful nose and a very sweet mouth with fine teeth, but the charm of his countenance is his expression, which is most delightful.”
We do not know Albert’s thoughts. 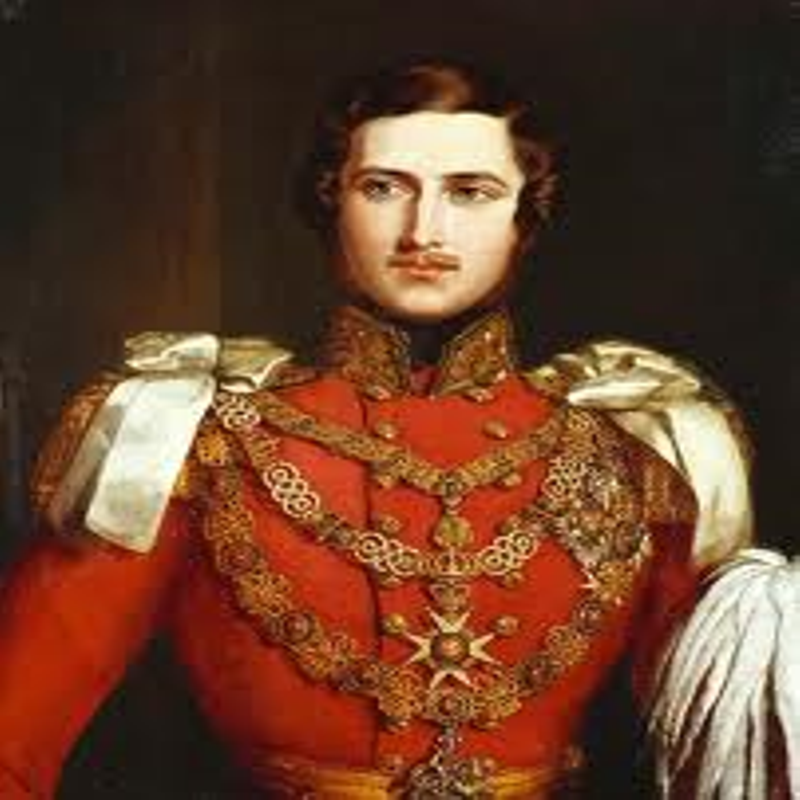 They continued to correspond and by the time he came to stay at Windsor Castle she was hopelessly smitten. Albert whose pursuit of Victoria had been planned well in advance of her becoming Queen could not himself propose marriage but that mattered little for Victoria was in a hurry and proposed marriage on 15 October 1839. The wedding took place four months later on 10 February 1840 in the Chapel Royal at St James’s Palace in London.
Despite having taken to her bed exhausted and suffering from a thumping headache, Victoria wrote excitedly of their first night together:
“I never, never spent such an evening!!! My dearest, dear, dear Albert . . . his excessive love and affection gave me feelings of heavenly love and happiness I never could have hoped to have felt before! He clasped in his arms and we kissed each other and again and again! His beauty, his sweetness and gentleness – really how could I ever be thankful enough to have such a husband . . . to be called by names of tenderness I have never yet heard used to me before – was bliss beyond belief! Oh! This was the happiest day of my life!”
But it would always be a tempestuous relationship. 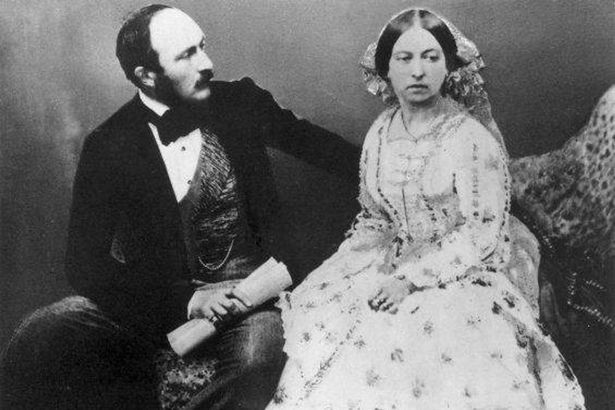 Unsurprisingly perhaps given her passion Victoria was very soon pregnant and she was to remain so for much of the next seventeen years giving birth a further nine times.
As he had no legitimate claim to the throne in his own right Albert could not be King but would be known as the Prince Consort instead. This was indeed fortunate for it allowed him to maintain his distance from a Monarchy that had long ago fallen into disrepute particularly so since the reign of George IV when it was seen by many as dissolute, amoral and the Royal Family viewed as little better than parasites. Indeed, that there were to be four attempts on Victoria’s life in the first decade of her reign including being beaten over the head with a cane. Albert as Prince Consort would during his lifetime always be more popular than the Queen herself.
Albert was a sober and earnest young man who had no fondness for display and was not enamoured at all with the formality and absurdities of Court life. Rather he considered himself a man of duty with a role to fulfil that he would undertake with the utmost dedication and seriousness. He was determined that the Queen and he would govern the country in partnership with the Government of the day. Along with Victoria he attended meetings of her Privy Council and conducted meetings with Ministers in private.
Together they would pore over her official papers and he drafted her private correspondence. He was also appointed to head a series of Boards and Commissions established to look into ending slavery worldwide and abuses of child labour.
His activism was resented by many however and caused some disquiet in Government circles particularly when he attended sittings of the House of Commons or lent his name to specific causes that were not Government policy. He also offended the Church when he publicly recommended a knighthood for Charles Darwin following the publication of his Origin of the Species.
Albert is best remembered now for the Great Exhibition which brought all the technological wonders of the age together under one roof in Hyde Park, London in the specifically constructed iron and glass structure designed by Joseph Paxton that was to become known as the Crystal Palace.
Albert had fought long and hard against considerable opposition for the Great Exhibition which ran from May to October 1851 and was to present Britain and its Empire in its new role as the Workshop of the World.
The Great Exhibition was to prove a triumph selling more than six million tickets, or the equivalent of one-third of Britain’s entire population, and the proceeds from it would later be used to found the Victoria and Albert Museum in London.
At home Victoria and Albert narrowed the distance between the Royal Family and the people by living a life of simple domesticity rejecting the environs of Buckingham Palace and Windsor Castle in London for the still grand but simpler Osborne House on the Isle of Wight, and from 1851, Balmoral in Scotland. 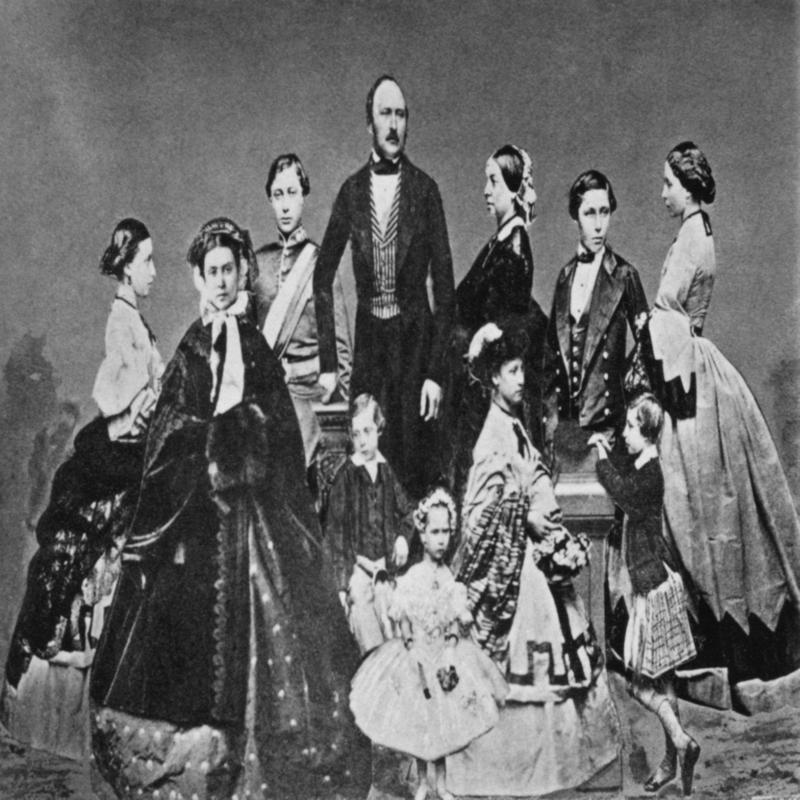 Albert in particular wished to portray a Monarchy stripped of its pretensions and mystique and instead he wished them to be seen as a happy, hard working couple devoted to their family living a lifestyle to which others could aspire. In this he largely succeeded and Victoria was a willing partner delighted to be perceived as both a mother to her children and her country.
By 1861 Victoria and Albert’s oldest son Edward, the Prince of Wales, who was engaged to be married to Princess of Alexandra of Denmark, was having an affair with the Irish actress Nellie Clifden which if it became public would cause a scandal.
Although Albert cut a fine figure of a man he had not in truth been in the best of health for some time yet despite being ill with a fever to prevent the gossip that was already circulating in high society from going any further he dragged himself from his sickbed to visit Edward at Cambridge where he was studying, and provide him with some fatherly advice.
The relationship between Albert and his son were never as bad as it has often been portrayed but he did despair at Edward’s loose morals and his lack work ethic and sense of duty.
On 25 November whilst walking in the grounds of the University where Albert told Edward that his philandering must cease they got lost and were caught in a heavy thunderstorm that saw them both soaked to the skin in the downpour.
Edward promised to mend his ways and Albert returned to Windsor with what appeared to be a heavy cold but also suffering greatly from pains to his legs and back. Even so, he refused to reduce his heavy workload until he was eventually forced to take to his bed.
On 9 December the Royal Physician William Jenner diagnosed him with typhoid fever and declared that there was little he could do. Five days later on 14 December, Albert, the Prince Consort died aged 42.
It is not known if Victoria ever apportioned blame but she never truly forgave Edward for her husband’s death and she was to repeat on numerous occasions that Albert had “been killed by that dreadful business.”
Victoria was utterly inconsolable following the death of her beloved Albert and went into a deep mourning withdrawing from public life.
The bedroom they shared she turned into a shrine dedicated to his memory. A lock of his hair she had placed upon his pillow and his pyjamas were laid out every night and she vowed that in future she would wear only black.
Even at a time when an extended period of mourning for a lost loved one was expected Victoria’s grief seemed excessive and her self-imposed exile from public affairs was to imperil the very existence of the Monarchy itself. There was already a growing Republican movement in Britain fuelled by events on the Continent that in recent decades had witnessed revolution in many different places.
If the Queen wished to live in splendid isolation and the Monarchy ceased to be a functioning one then there was no reason to have it at all and she could mourn as a private citizen.
The press began to describe her as “The Widow” and the gossip surrounding her increasingly close relationship with her Scottish manservant John Brown saw her derisively referred to as “Mrs Brown.”
It wasn’t until 1870 and the Premiership of the emollient and persuasive Benjamin Disraeli that she was at last convinced to again fulfil her public duties but she never discarded her mourning clothes and though the ‘Victorian Era’ was yet to reach its zenith its Queen never really recovered from the loss of her husband.
Tagged as: Monarchy, Victorian
Share this post: