William Blake: The Proverbs of Hell

Posted on 30th January 2021
William Blake’s ‘The Proverbs of Heaven and Hell’ is taken from his 1793 book ‘The Marriage of Heaven and Hell’ his musings on the perpetual torment of Biblical Prophecy.
In his own words is expressed the best explanation of its content and meaning:
“Without Contraries is no progression – Attraction and Repulsion, Reason and Energy, Love and Hate are necessary to human existence. From these contraries spring what the religious call Good and Evil. Good is the passive that obeys Reason. Evil is the active springing from Energy.
Good is Heaven. Evil is Hell. 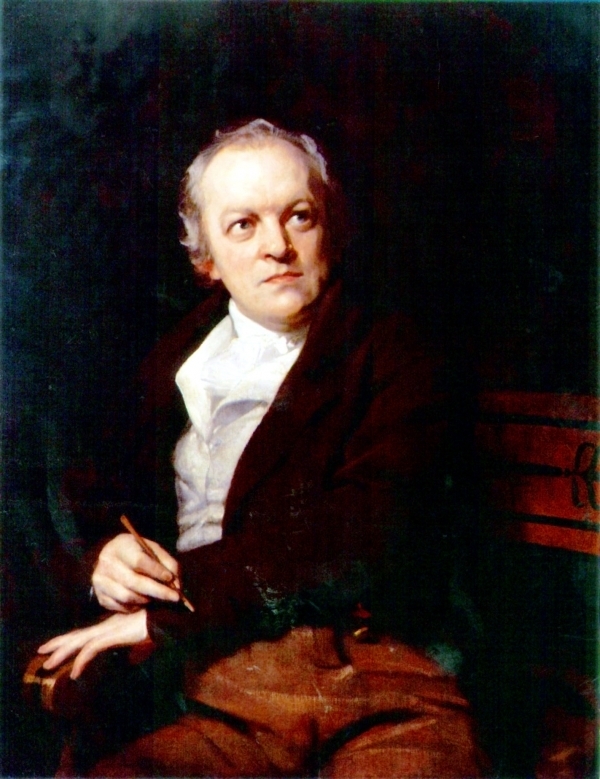 The Proverbs of Hell
In seed time learn, in harvest teach, in winter enjoy.
Drive your cart and your plow over the bones of the dead.
The road of excess leads to the palace of wisdom.
Prudence is a rich, ugly old maid courted by Incapacity.
He who desires but acts not, breeds pestilence.
The cut worm forgives the plow.
Dip him in the river who loves water.
A fool sees not the same tree that a wise man sees.
He whose face gives no light, shall never become a star.
Eternity is in love with the productions of time.
The busy bee has no time for sorrow.
The hours of folly are measur'd by the clock; but of wisdom, no clock can measure.
All wholesome food is caught without a net or a trap.
Bring out number, weight and measure in a year of dearth.
No bird soars too high, if he soars with his own wings.
A dead body revenges not injuries.
The most sublime act is to set another before you.
If the fool would persist in his folly he would become wise.
Folly is the cloak of knavery.
Shame is Pride's cloke.
Prisons are built with stones of law, brothels with bricks of religion.
The pride of the peacock is the glory of God.
The lust of the goat is the bounty of God.
The wrath of the lion is the wisdom of God.
The nakedness of woman is the work of God.
Excess of sorrow laughs. Excess of joy weeps.
The roaring of lions, the howling of wolves, the raging of the stormy sea, and the destructive sword, are portions of eternity, too great for the eye of man.
The fox condemns the trap, not himself.
Joys impregnate. Sorrows bring forth.
Let man wear the fell of the lion, woman the fleece of the sheep.
The bird a nest, the spider a web, man friendship.
The selfish, smiling fool, and the sullen, frowning fool shall be both thought wise, that they may be a rod.
What is now proved was once only imagin'd.
The rat, the mouse, the fox, the rabbit watch the roots; the lion, the tyger, the horse, the elephant watch the fruits.
The cistern contains: the fountain overflows.
One thought fills immensity.
Always be ready to speak your mind, and a base man will avoid you.
Every thing possible to be believ'd is an image of truth.
The eagle never lost so much time as when he submitted to learn of the crow.
The fox provides for himself, but God provides for the lion.
Think in the morning. Act in the noon. Eat in the evening. Sleep in the night.
He who has suffer'd you to impose on him, knows you.
As the plow follows words, so God rewards prayers.
The tygers of wrath are wiser than the horses of instruction.
Expect poison from the standing water.
You never know what is enough unless you know what is more than enough.
Listen to the fool's reproach! it is a kingly title!
The eyes of fire, the nostrils of air, the mouth of water, the beard of earth.
The weak in courage is strong in cunning.
The apple tree never asks the beech how he shall grow; nor the lion, the horse, how he shall take his prey.
The thankful receiver bears a plentiful harvest.
If others had not been foolish, we should be so.
The soul of sweet delight can never be defil'd.
When thou seest an eagle, thou seest a portion of genius; lift up thy head!
As the caterpiller chooses the fairest leaves to lay her eggs on, so the priest lays his curse on the fairest joys.
To create a little flower is the labour of ages.
Damn braces. Bless relaxes.
The best wine is the oldest, the best water the newest.
Prayers plow not! Praises reap not!
Joys laugh not! Sorrows weep not!
The head Sublime, the heart Pathos, the genitals Beauty, the hands and feet Proportion.
As the air to a bird or the sea to a fish, so is contempt to the contemptible.
The crow wish'd every thing was black, the owl that every thing was white.
Exuberance is Beauty.
If the lion was advised by the fox, he would be cunning.
Improvement makes strait roads; but the crooked roads without improvement are roads of genius.
Sooner murder an infant in its cradle than nurse unacted desires.
Where man is not, nature is barren.
Truth can never be told so as to be understood, and not be believ'd.
Enough! or too much.
Tagged as: Georgian, Poetry
Share this post: