Posted on 4th February 2021
William Jennings Bryan’s famous Cross of Gold speech was delivered to the Democratic Party Convention in Chicago on July 9, 1896. The issue it addressed, a move away from strict adherence to the Gold Standard and the minting of silver coin to make money cheaper and more accessible, or bimetallism as it was known, may appear arcane to us now but it had dominated American politics for years.
When Bryan, who had long campaigned for ‘Free Silver,’ stood up to address the Convention he was not among the front runners for the Presidential nomination but by the time he sat down at the end of his speech the delegates were putty in his hands and he was the only candidate left standing: 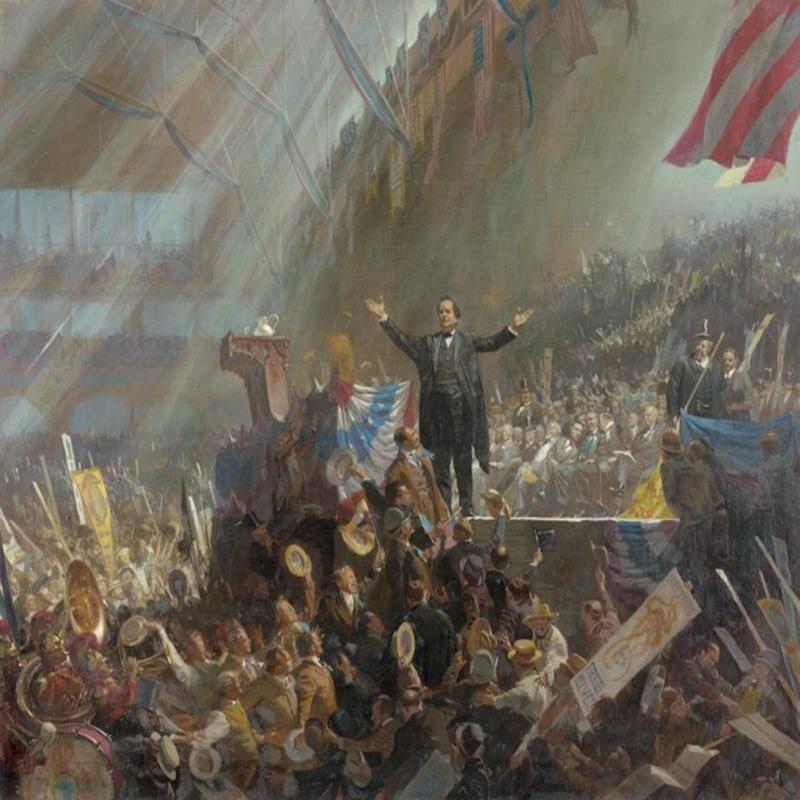